There’s always room for another Picasso or two.

Adding to almost a century of Pulitzer gifts to the St. Louis Art Museum, Emily Rauh Pulitzer has promised 22 more artworks for its collection.

The museum announced the multimillion-dollar gift Monday, calling the works “masterpieces” that are like a primer of art history in the 20th century.

“It’s really an extraordinary time to be part of this great institution,” said Min Jung Kim, who started as museum director less than two months ago. “We are so pleased with this gift,” she said.

Neither Kim nor Pulitzer would estimate the monetary worth of the pieces, but just a few of the most valuable might have brought some $200 million at auction.

Included are two pieces by Pablo Picasso; works by another famous Spaniard, Joan Miró; a self-portrait by American Andy Warhol; and one of his iconic Marilyn Monroe prints.

Overall, 17 American and European artists are represented, including Romanian sculptor Constantin Brancusi, whose “Mademoiselle Pogany III” from 1933 will be the museum’s first acquisition of his work.

The pieces are “highly important additions” and among the most significant gifts in its 142-year history, the museum said in a press release Monday.

Pulitzer hopes St. Louisans find them meaningful, “as enriching in their lives as they have been in mine,” she said in an interview.

Some of the artworks were initially purchased by her husband, Joseph Pulitzer Jr., who died in 1993; others were acquired by her or by the couple together.

Emily Pulitzer alone chose the pieces she wanted to offer: “I get the blame, and I get the credit.”

She has been involved with the museum since 1964, when she came to St. Louis as the institution’s curator (then called the City Art Museum). “I know the collection,” she said. No one in the local art community would disagree.

The Pulitzer family, which made its fortune in publishing and formerly owned the Post-Dispatch, previously had donated 144 artworks, plus millions of dollars, to the museum.

But she would not hint at the value of the 22 pending pieces.

Recent auctions show that in May, a 1932 Picasso painting (of the same woman in Pulitzer’s gift “Woman in a Red Hat”) sold at Sotheby’s for $103.4 million (”Femme assise près d’une fenêtre [Marie-Thérèse]).

Pulitzer said an artwork’s value “is based on a willing seller and a willing buyer, and we have neither here.”

Her gift is legally binding, but the date or dates of transfer to the museum are unknown. The museum said in its news release that “the works will be transferred to the museum at or before Mrs. Pulitzer’s death, as she chooses.”

Pulitzer is 88 and active; before the pandemic, she went to her office in the Pulitzer Arts Foundation almost every day. She said that after vaccines and a booster, she’s started returning to work.

Some artworks may go to the museum before her death. Pulitzer gave few details but said “it’s possible there will be some works on loan fairly soon.”

She did call the timing of the announcement a “welcome gift” for Min Jung Kim as the museum’s new director.

“I think she’s going to be a fabulous director. Already is.” Pulitzer looks forward to ongoing collaboration between the St. Louis Art Museum and the Pulitzer Arts Foundation, and terms of the gift specify such cooperation will continue in perpetuity.

Since she founded her own museum, which opened on Washington Boulevard in 2001, the Forest Park institution has lent 84 works to 15 of the foundation’s exhibitions, and the institutions have collaborated on things like educational programs.

Pulitzer says it’s not a one-way relationship — the foundation, which holds temporary exhibitions, has done research on the art museum’s holdings. Plus, the Pulitzer family often lent it pieces, anonymously, for exhibition. The terms of the new gift make it clear that Pulitzer wants to ensure such collaboration with the foundation continues after her death.

In 1957, Emily Rauh, who was raised in Cincinnati, was appointed to the staff of the Fogg Art Museum at Harvard University, where she became assistant curator of drawings and assistant to the director. She received a master’s degree in art history from Harvard, which was also Joseph Pulitzer’s alma mater. Both have supported its collection through the decades.

As a college student, Joseph Pulitzer Jr. (grandson of the famed Joseph Pulitzer) famously started acquiring artwork, including a painting by Amedeo Modigliani that he hung in his dorm room in 1936. His $2,400 purchase three years later of a Henri Matisse painting, which Nazis sold as “degenerate” artwork, now hangs in St. Louis.

A story of his passion for art recalls fierce determination to buy a certain Picasso. He told friends that he’d called home to St. Louis saying, “Raise the money. Sell anything but the newspaper.” In 1967, he made his first six-figure purchase, paying $315,500 for that Picasso, “Portrait of Wilhelm Uhde,” Marjorie B. Cohn writes in “Classic Modern: The Art Worlds of Joseph Pulitzer Jr.”

Emily Pulitzer said that after they married, the couple decided on art purchases together.

“We had really quite similar tastes,” she said. “We didn’t buy anything unless we both loved it.” Although, she admits, “sometimes he loved it more.”

She said her husband took a while to accept some pop art, but notes “he bought contemporary art of four different generations. Most people can’t make that move.

“As culture changes and ideas change, it’s hard for people to keep up. And I’m speaking now as a curator and not as a wife.”

One of the most recent pieces included in the gift is Rachel Harrison’s “Sculpture With Raincoat” from 2012, a work she bought. (As advertised, the piece includes outerwear.) Pulitzer wanted to donate not only pieces such as the stellar Brancusi, which adds a classic to the museum, but also contemporary works such as Harrison’s and something by an admired living artist, Gedi Sibony.

In 2008, she made headlines giving the Harvard museum 31 works plus $45 million; rumors swirled that a gift to St. Louis was in the works. Pulitzer confirmed that this gift essentially is it.

The Harvard gift came three years after Pulitzer Inc., which published 14 daily newspapers at the time, was sold to Lee Enterprises for about $1.4 billion. Emily Pulitzer reportedly received about $400 million.

In late 2011, Lee Enterprises filed for bankruptcy. The next year, Cohn, author of the art biography of Joseph Pulitzer, said in an interview: “Somehow his art investment — which he never thought of as an investment — turned out to be better than his newspaper investment.”

Emily Pulitzer said she can’t say what the exact size of the current Pulitzer art collection is: “I’ve never made a count.” Will she be making more gifts? “Maybe.”

In a statement, director Kim said a former Fogg director, Seymour Slive, told her the way to build a great public museum collection was to acquire great private collections. Kim said: “Emily Pulitzer is the living embodiment of that observation.”

Emily Rauh Pulitzer has agreed to donate these works to the St. Louis Art Museum upon her death or before.

How a French masterpiece stolen by Nazis came to St. Louis

Some art confiscated by the Nazis wasn't saved by Monuments Men, but by private collectors like Joseph Pulitzer.

Michael B. Jordan was offered directing tips from Bradley Cooper and Denzel Washington 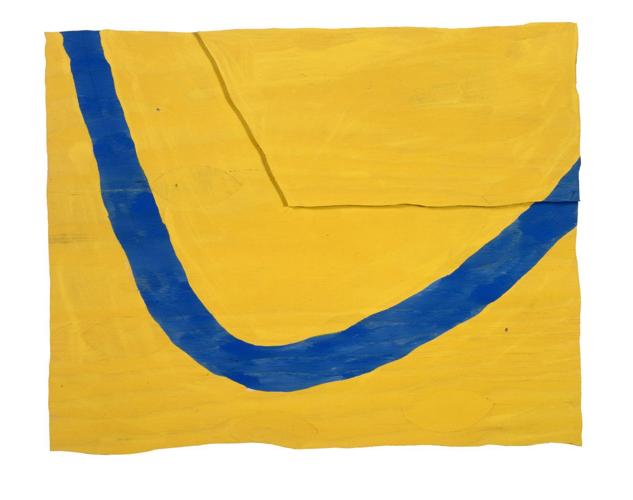 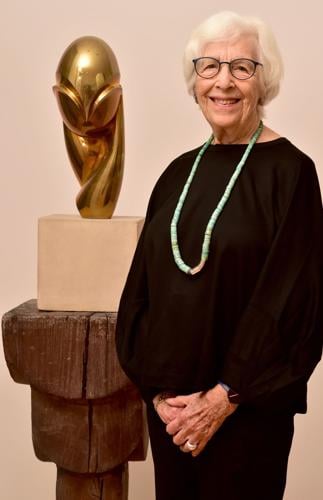 Emily Rauh Pulitzer stands in her Pulitzer Arts Foundation office with a sculpture by artist Constantin Brancusi. Pulitzer has promised the piece to the St. Louis Art Museum. 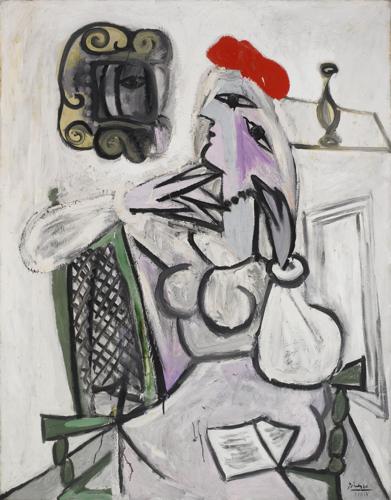 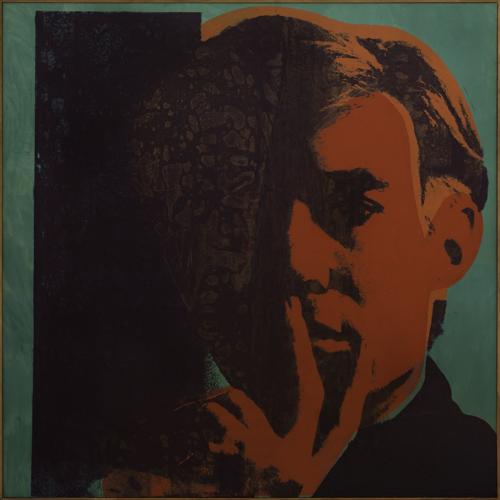 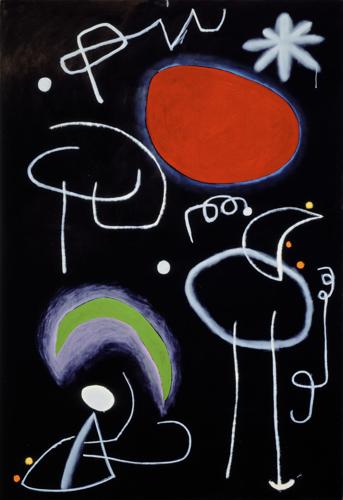 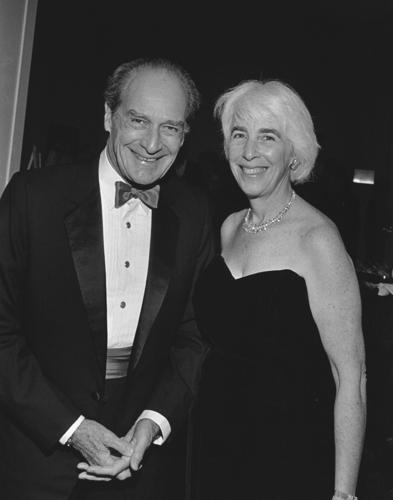 Joseph and Emily Pulitzer in 1989 at a St. Louis Art Museum dinner. 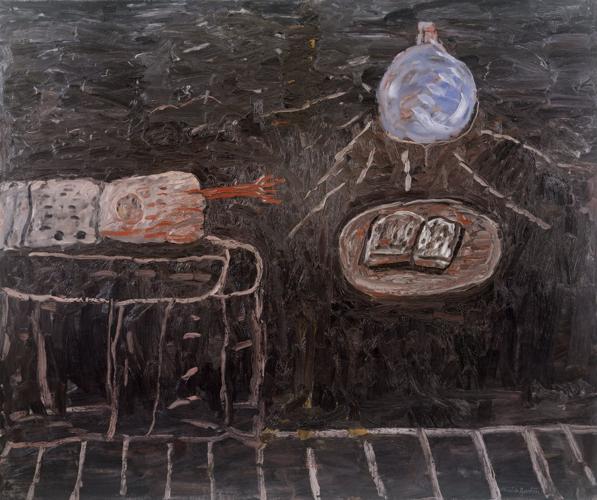 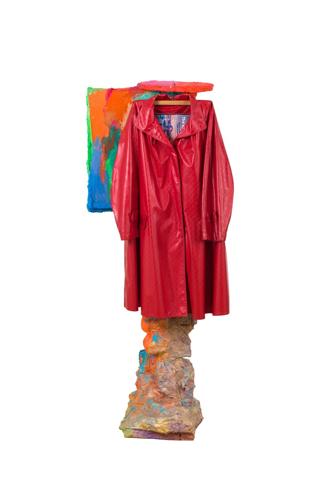 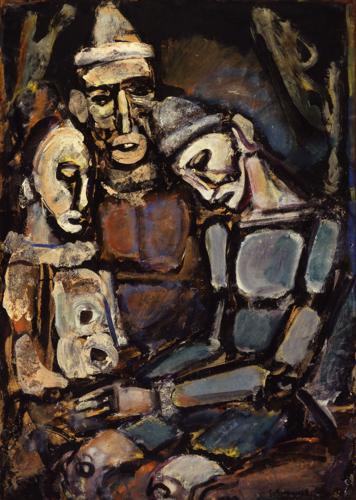 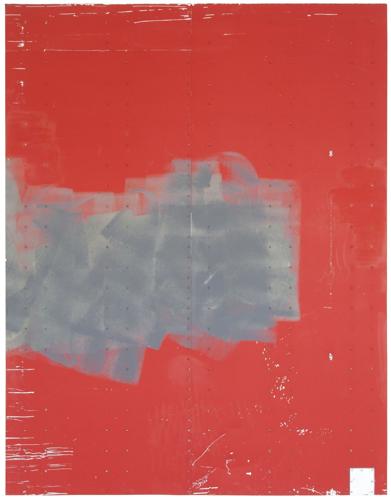 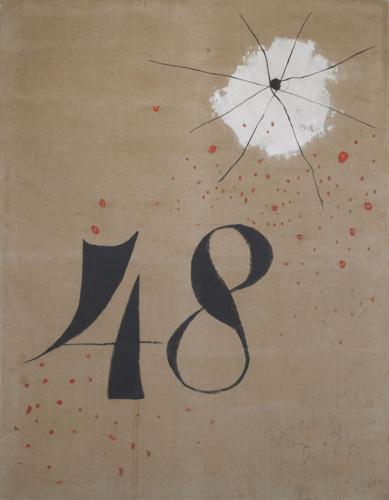 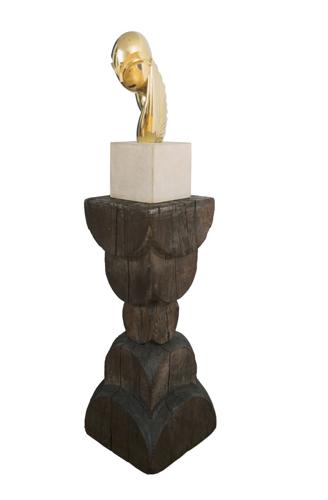