Wear your finest wintry-white attire or snow- or ice-themed costumes for the Snow Ball, which includes live music by Miss Jubilee, a strolling magician, swing dancing and food. A free one-night stay at the Moonrise Hotel will be awarded to two of the best-dressed guests. By Valerie Schremp Hahn

The multitalented Virginia Luque is a classical and flamenco guitar virtuoso, yes, but also a composer, conductor, producer, choral singer and poet. As a child in Spain, she began playing guitar at age 4 and was even given private lessons by classical guitar immortal Andrés Segovia. She holds two master’s degrees, including one from the Julliard School, and she has performed all around the world. Luque is joined on the St. Louis Classical Guitar bill by baritone vocalist Jubilant Sykes, stepping in for the originally scheduled artist, violinist Bojidara Kouzmanova. By Daniel Durchholz

‘An Evening With Big Head Todd and the Monsters’

Big Head Todd and the Monsters return to St. Louis, a regular stop, for a show at the Pageant. The rock band’s Todd Park Mohr says he and his comrades have a special connection with the fans. “Friendships have spawned because of our band,” he said in a statement. “Maybe a bit like the Grateful Dead, the line between audience and stage has over time become a bit blurred and many lifelong friendships have been made in every direction. I’m very proud of that. Bringing people together and sharing a joy for a couple of hours is an important function of music. Music can cultivate community, even harmony. We need that.” By Kevin C. Johnson

The fourth concert of the New Music Circle 64th season features a collaborative performance by improvising artists Jessica Ackerley and Patrick Shiroishi. Guitarist, composer and visual artist Ackerley says her work is influenced by “Black American music and avant-garde improvisers, as well as the culture of the thriving New York City rock and noise scenes.” Their most recent releases are “Wave: Volume 1” and “Brooklyn/Kingston,” both released in 2022. Los Angeles saxophonist, composer and collaborator Patrick Shiroishi works in and across a number of musical genres and has released a number of albums, the most recent of which are 2022’s “Parts” (with Che Chen) and 2021’s “Evergreen,” a solo work. By Daniel Durchholz

R&B/pop group Boyz II Men has some of the biggest ballads in contemporary music history, including “I’ll Make Love to You,” “On Bended Knee,” “End of the Road” and “One Sweet Day.” The group could do a whole show of ballads if it wanted and no one would complain. The trio holds the distinction of being the bestselling R&B group of all time. By Kevin C. Johnson

Take an overseas adventure with a visit to the Magic House and “Children’s China: Culture, Character and Confucius.” This interactive exhibition lets young visitors take the role of a researcher at a panda reserve, shop in a traditional neighborhood market and learn to write using Chinese characters. The museum will celebrate Chinese New Year at the exhibit’s opening; this is also the year of the rabbit, which symbolizes good luck, mercy, elegance and beauty. A Chinese lantern festival is Feb. 11. By Valerie Schremp Hahn

When Noon Jan. 21; post-hunt party is 5-7 p.m. • Where Soulard; party is at Anheuser-Busch Brewery, 1200 Lynch Street • How much $126 for teams of up to six players • More info stlmardigras.org/events

Soulard Mardi Gras organizers created a scavenger hunt in 2021 as a pandemic alternative to the traditional annual festivities, but it was so popular that it returns. Explore the Soulard neighborhood — and its bars — on foot while solving riddles and physical challenges. Along the way, rack up points — including extra points for stopping for drinks — to claim a grand prize. After the hunt, get two free drinks and appetizers at a party at the Anheuser-Busch Brewery, where judges will tally the scores. By Valerie Schremp Hahn

Monster Jam promises to drop jaws — hopefully after you’ve plugged your ears — with gravity-defying feats performed by favorite trucks such as Grave Digger, Max-DTM, El Toro Loco and their drivers. Each truck competes in freestyle, two-wheel skills challenge and racing competitions. For an extra thrill, join the pit party to meet drivers and see the trucks up close. By Valerie Schremp Hahn

It doesn’t get much hotter than Chris Rock and Dave Chappelle in the stand-up arena, and the idea of the two of them onstage together seems like some sort of hilarious dream. But it’s happening at Enterprise Center, in a co-headlining show that was only announced a few weeks ago. An important note: The show is a device-free zone. Cellphones, cameras and recording devices will be secured in pouches that will be unlocked at the end of the show or in the lobby. By Kevin C. Johnson

For “Rough Sleepers,” journalist Tracy Kidder spent years researching and following Dr. Jim O’Connell, whose mission is to provide health care to the homeless population in Boston. Kidder is no stranger to great, hardworking doctors: He profiled the late Dr. Paul Farmer’s work in Haiti, Peru and Russia in “Mountains Beyond Mountains.” By Jane Henderson

‘A Visit to Vienna’

The Chamber Music Society of St. Louis spotlights the music of Schubert, Mahler, Mozart, Brahms and others in a program titled “A Visit to Vienna.” Among the works performed are Mozart’s Piano Sonata No. 11 in A Major, Strauss’ “Emperor Waltz” and Webern’s “2 Pieces for Cello and Piano.” In addition to this live performance, the concert can be experienced online beginning Jan. 31. By Daniel Durchholz

The Fox Theatre presents the hit musical comedy about the six wives of Henry VIII, which the Chicago Tribune praised for its “sense of humor and spirited radicalism.” Originally produced at the Edinburgh Fringe Festival, “Six” has gone on to success in London’s West End and on Broadway. By Calvin Wilson

St. Louis author and yoga teacher Becky Vollmer offers life advice through her new book, “You Are Not Stuck: How Soul-Guided Choices Transform Fear Into Freedom.” She urges readers to pursue their dreams, but to also realize they may need to make trade-offs or changes to their current habits and relationships. By Jane Henderson

Chris Rock and Dave Chappelle aren’t the only comedy stars in town this week. While actor-comedian DeRay Davis doesn’t generate quite the same excitement (that’s a high bar), he is certain to pack Helium Comedy Club for shows all weekend. Davis is known for everything from “Snowfall” and “Barbershop” to “Hip Hop Squares” and “Semi-Pro.” By Kevin C. Johnson 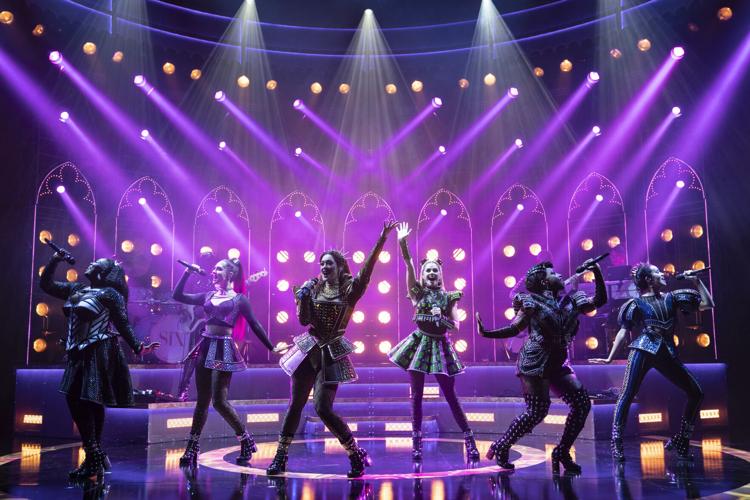 The national touring company of "Six" 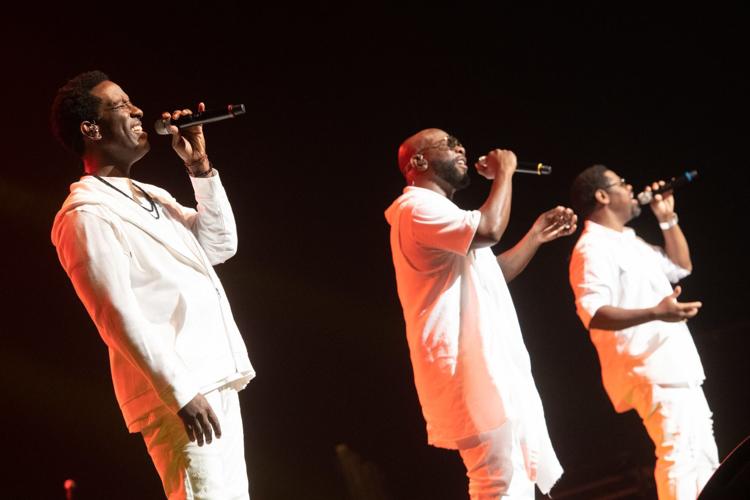 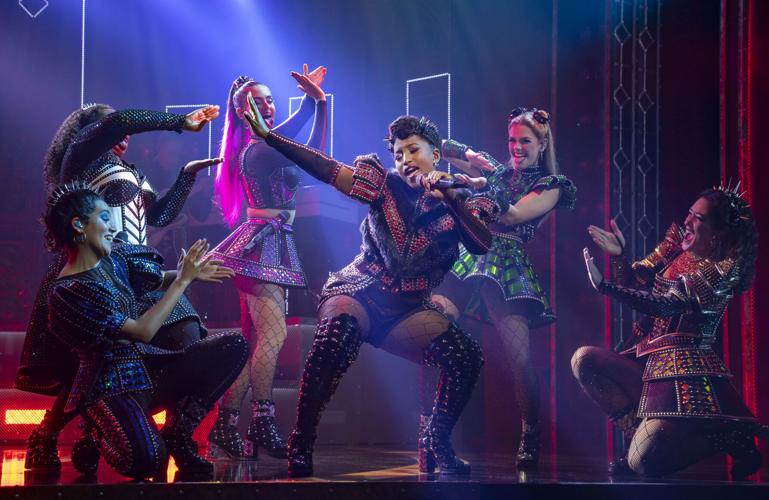 Terica Marie (center) in the national touring company of "Six"