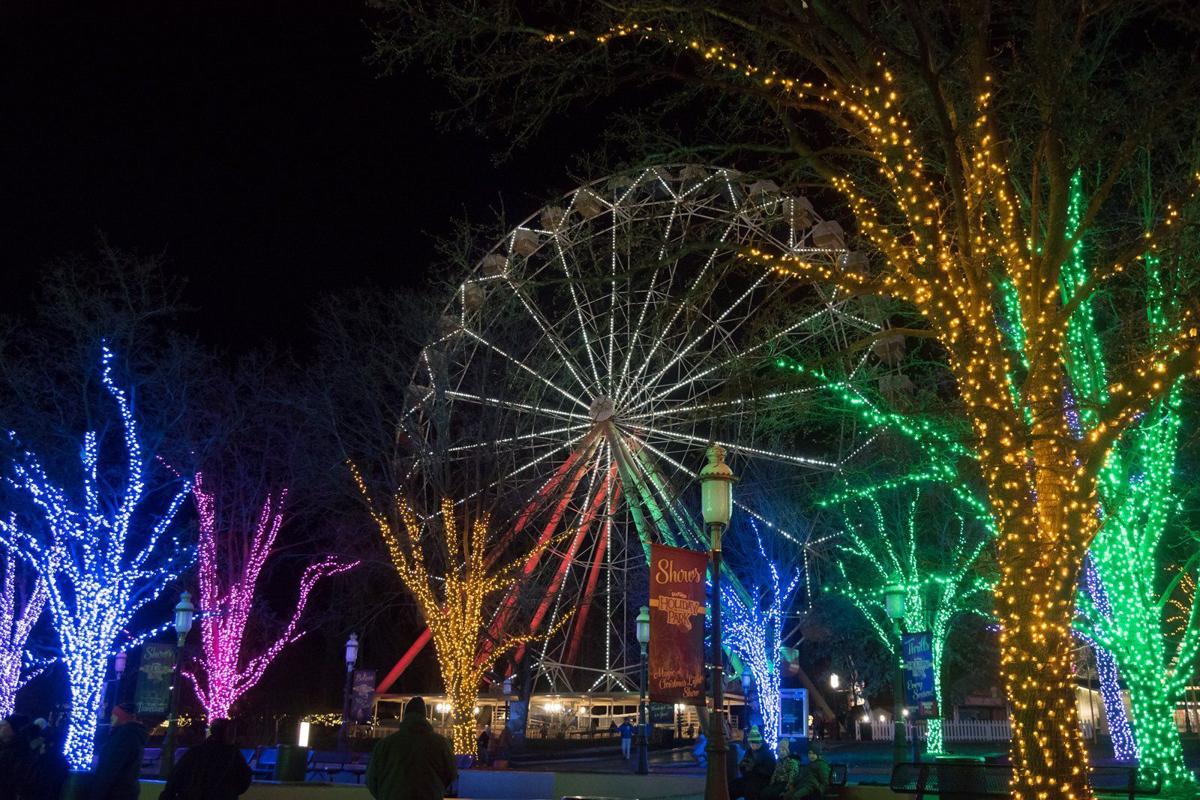 Holiday in the Park at Six Flags St. Louis in 2017 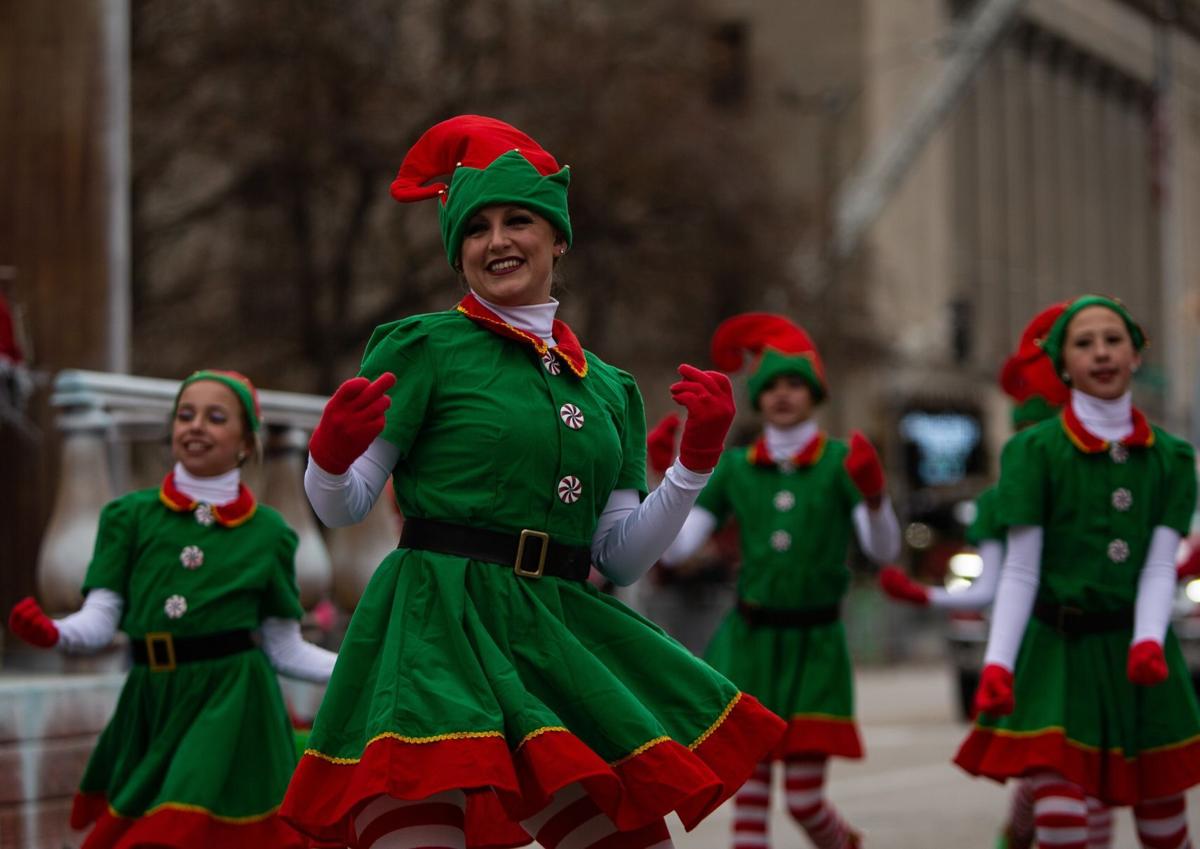 ‘Love and Kindness in the Time of Quarantine’

Repertory Theatre of St. Louis playwright-in-residence Regina Taylor (“Crowns”) directed and curated this program of songs and monologues addressing the COVID-19 pandemic and performed by noted stage and screen actors. “Love and Kindness in the Time of Quarantine” features contributions from local and nationally known writers and will be available to stream through Dec. 31. Proceeds from donations benefit the Urban League of Metropolitan St. Louis. By Calvin Wilson

Ranging from drawings to altered books, postcard collages and printed images, this solo exhibition spans more than 40 years of Buzz Spector’s works on paper. The artist, a retired instructor at Washington University, alters books by tearing their pages, exploring the aesthetic aspects of language, paper and books. This is his first exhibition at a St. Louis museum. By Jane Henderson

Comedian Desi Banks, known for his short videos that have made him popular on social media, holds it down at Helium Comedy Club all weekend. The venue is also implementing new pandemic safety restrictions: No food or beverages are allowed, masks must be worn by patrons and staff at all times, and guests will complete a health screening form at the entrance. By Kevin C. Johnson

Enjoy whimsical holiday displays, an animated projection show, and the Salvation Army’s Tree of Lights against the backdrop of the Gateway Arch and surrounding downtown buildings. This will be a self-directed experience with plenty of photo opportunities. By Valerie Schremp Hahn

The display at Horner Park, which organizers describe as a “family-friendly, nostalgic look back in time with just a hint of modern day,” is run by volunteers who crafted many of the displays. A mile-long road meanders past scenes dedicated to the military and first responders, a penguin village and an animated light show set to music. This year’s display is drive-thru only. By Valerie Schremp Hahn

The 35-acre Jellystone Park is transformed for the holidays with animated scenes, special effects and millions of lights, including a gingerbread village, a giant toy land, three tunnels of lights and hundreds of giant 3D starbursts, which are new this year. Santa will be waving from a distance, but children can still drop off letters for him. By Valerie Schremp Hahn

Last year marked the 50th anniversary of the Way of Lights, a display organized by the Missionary Oblates of Mary, focusing on the birth of Christ. After you see the lights, visit the gift shop, and enjoy a snack and the indoor wreath and tree display. By Valerie Schremp Hahn

Tilles Park will be decorated with holiday scenes and more than a million twinkling lights in a display that has drawn crowds for more than 30 years. On select nights, mostly Mondays, the park is closed to vehicular traffic for the Winter Wonderland Walk ($6 per person). Most Saturdays are reserved for carriage rides only. By Valerie Schremp Hahn

When Nov. 20-Jan. 3; dusk to 10 p.m. daily • Where World Wide Technology Raceway, 700 Raceway Boulevard, Madison • How much $30 per car, up to seven passengers; or $7 per person; free for children 3 and under • More info wonderlightschristmas.com/st-louis

See more than 1 million LEDs from the comfort of your vehicle while driving through this 2-mile-long route, which includes giant Christmas trees, five tunnels of lights, shooting stars and dancing candy. Listen to a soundtrack of holiday music on a special FM station. By Valerie Schremp Hahn

Don your Christmas jammies: It’s time to board the Polar Express, which this year is a stationary train experience but still includes interactions with “Polar Express” characters, hot chocolate and cookies, and Santa. The experience is based on Chris Van Allsburg’s classic children’s book that became a movie. “The Polar Express” will be shown nightly at the St. Louis Wheel plaza, and a holiday market will be available during Polar Express hours. New this year in Union Station’s Grand Hall is Pancakes With Santa, on select Saturdays and Sundays in December. By Valerie Schremp Hahn

Holiday in the Park

Six Flags St. Louis will be draped with more than 1 million twinkling lights for the holiday season. Visitors can ride the park’s usual attractions, plus take in a live, holiday-themed show, grab a socially distanced photo with Santa, listen to Mrs. Claus tell a holiday story from the train, savor holiday treats and pause for photos among several festive scenes. By Valerie Schremp Hahn

The Pageant presents its biggest pair of shows since reopening: local staple Celebration Day: A Tribute to Led Zeppelin. The shows, which already have sold out, are part of the venue’s Glimmer of Normalcy Series. By Kevin C. Johnson

Downtown’s Thanksgiving Day Parade goes virtual, with an hourlong TV broadcast that will feature holiday favorites and highlights of the area’s attractions and charities. By Valerie Schremp Hahn

Holiday arts guide: Where to find some festive fun around St. Louis this season

Ten Hochman: It’s time for the Cardinals to move Tommy Edman out of the leadoff spot

Ten Hochman: It’s time for the Cardinals to move Tommy Edman out of the leadoff spot

July 4 fireworks will return to riverfront, but Fair St. Louis is on hold until 2022

Fireworks will return to the St. Louis riverfront this July Fourth, but without the usual three days of Fair St. Louis activities.

The traditional June festival parade had to be postponed in 2020 and 2021 because of the pandemic.

Six Flags over Mid-America, as it was originally called, opened 50 years ago June 5, on Eureka land that had been a wheat field.

It will feature elements from the Annie Malone, PrideFest and St. Patrick’s Day parades, which were all canceled in 2020 and 2021 because of the pandemic.

Holiday in the Park at Six Flags St. Louis in 2017