Christopher Cross’ 40th anniversary tour was set to sail in 2020, but it’s never too late for a good time. Cross released his debut album in 1979 and instantly shot to fame with hits such as “Sailing” and “Ride Like the Wind.” By Kevin C. Johnson

Alt-rock band Jimmy Eat World hits the Pageant stage this weekend. Its latest album is “Surviving" (2019). “Something Loud” is the band's new single, a precursor to what’s next. By Kevin C. Johnson

Blue Oyster Cult arrives this weekend with classic rock tunes including “(Don’t Fear) the Reaper,” “Burnin’ for You,” “Godzilla,” “Astronomy,” “I Love the Night” and “Cities on Flame With Rock and Roll.” The band debuted in 1972. By Kevin C. Johnson

Photos: Traffic on the ground, traffic in the sky for Great Forest Park Balloon Race

The Great Forest Park Balloon Race lifted off on Saturday, Sept. 18, 2021, passing over Richmond Heights, Ladue and Brentwood en route to a la…

The world’s oldest free hot-air balloon event celebrates 50 years. On Sept. 16, balloons will light up Central Fields for the Balloon Glow. On Sept. 17, enjoy food and activities on the ground before more than 50 balloons take to the skies in the Great Forest Park Balloon Race. We’re hoping for optimal conditions; the 2019 race was called off because of excessive wind, and the 2020 race didn’t happen because of the pandemic. By Valerie Schremp Hahn

In a colorful exhibition of both strange and familiar soft sculptures, Frankie Toan installs a "queer garden" that images a playful associations between humans and environment. The Denver-based artist is interested in family, plants, ecosystems, queerness and their interconnectedness. An exhibition tour with deputy director Jennifer Scanlan is 5:30 p.m. Sept. 22; call 314-725-1177, ext. 323. By Jane Henderson

The Pulitzer Arts Foundation presents a retrospective of artist Barbara Chase-Riboud, whose career from the 1950s to today has been “fundamentally global and transhistorical, with influences ranging from Italian Baroque architecture to West African bronze making,” the museum says. The exhibition features about 50 sculptures, along with 20 works on paper and even poetry. By Jane Henderson

St. Louis Classical Guitar presents Korean guitarist Bokyung Byun, one of the most exciting and impressive talents on the scene today. A winner of numerous prestigious competitions, Byun often stretches the boundaries of the standard repertoire by also featuring some contemporary material in her concerts. You’d expect nothing less from someone continually pushing the art form forward. By Daniel Durchholz

Rapper-singer Post Malone played Enterprise Center for one of the St. Louis area’s last big shows before the pandemic. He returns with Roddy Ricch for his "Twelve Carat Tour," which accompanies “Twelve Carat Toothache.” The album features Doja Cat, the Weeknd, Roddy Ricch, Gunna, Fleet Foxes and others. By Kevin C. Johnson

$uicideboy$ quickly sold out the Factory in 2021, and it was one of the new venue’s biggest shows of its inaugural year. Moving up quickly, the band returns for a show at Hollywood Casino Amphitheatre. Its latest album is “Sing Me a Lullabye, My Sweet Temptation.” The tour includes Ski Mask the Slump God, $not, Code Orange, Knocked Loose, Maxo Kream, DJ Scheme. By Kevin C. Johnson

The National, which released “I Am Easy to Find” in 2019, is back on the road. "The last couple years have given us ample time for reflection and rejuvenation," the band said in a statement. "Summer 2022 is a time for reunion." The National’s new song is “Weird Goodbyes” featuring Bon Iver. By Kevin C. Johnson

Stéphane Denève spent the summer moving his family to St. Louis and conducting the National Symphony Orchestra in a gala for composer John Williams.

The St. Louis Symphony Orchestra kicks off its 2022-23 Powell Hall concerts with a program reflective of its theme for the season: “Music without boundaries.” Led by music director Stéphane Denève, the orchestra drops in on the Bohemian countryside with Dvořák’s 8th Symphony, various Mediterranean ports with Jacques Ibert’s “Escales,” and Haiti with guest composer and vocalist Nathalie Joachim, performing her own “Fanm d’Ayiti (Women of Haiti). By Daniel Durchholz

Hot on the heels of the George Benson concert at the Factory, more jazz is on the way with a pair of Smooth Jazz on Land shows with artists such as Boney James, Jonathan Butler, Rick Braun and Richard Elliot. By Kevin C. Johnson

Marvel over larger-than-life Lego sculptures by Sean Kenney, who brings his "Animal Super Powers" exhibition to the Magic House. Budding artists, engineers, zoologists and biologists can learn the science behind creatures that have evolved to possess their own “super powers.” By Valerie Schremp Hahn

The first offering of the Cathedral Concerts 2022-23 season at its Basilica home base is a remembrance of Msgr. James T. Telthorst, who served as the rector there from 1991 to 2002 and was a central figure in the creation of the concert series in 1993. Tenor Scott Kennebeck, organist John Powel Walsh and flutist Madeline Moylan perform works by Bach, Bernstein, Mendelssohn, Telemann and Bizet as well as some of Telthorst’s favorite hymns, including D. McCargill’s “Servant Song” and John Foley’s “Take Lord Receive.” By Daniel Durchholz

Alt-country band Aquarium American’s ninth album is the new, stripped-down “Chicamacomico." “When these massive life changes happen we feel like we are the only ones facing these problems," the band's BJ Barham said in a statement. "I hope this album serves as a salve to anyone who has experienced this sort of loss over the last few years.” By Kevin C. Johnson

Pearl Jam’s concert at Enterprise Center has been a long time coming. It was the first major act to halt touring as the pandemic took over. Now, 2½ years later, Pearl Jam makes its way to St. Louis to give its “Gigaton” album the show it deserves. Pluralone is also on the bill. By Kevin C. Johnson

Sarah Bryan Miller is the subject of a new documentary, “The Places Music Has Taken Me,” which will air on KETC (Channel 9).

In his new, already heralded memoir, “Solito,” poet Javier Zamora recounts his migration as a child from El Salvador. He arrived in the U.S. in 1999 after two months of hiding, desert hiking and capture at the border. By Jane Henderson

'Ain't Too Proud' celebrates artistry, appeal of the Temptations

Broadway sensation coming to the Fox Theatre spotlights the music and goes behind the scenes of the classic Motown act.

The author of "Friday Night Lights" returns to football as a game with meaning and impact beyond full-body tackles. In "The Mosquito Bowl: A Game of Life and Death in World War II," Buzz Bissinger focuses on star college players whose lives were changed, or ended, when they had to serve in WWII. By Jane Henderson

While on the road with Breaking Benjamin and Bush, Alice is Chains has a treat for fans: a remastered, reissued 30th anniversary version of its 1992 album, “Dirt.” It was the band’s second major album and the last recorded with founding members Jerry Cantrell, Sean Kinney, Mike Starrr and Layne Staley. By Kevin C. Johnson

Trombone Shorty & Orleans Avenue is back with a new album, “Lifted.” The funk, soul and R&B artist calls it “the closest we’ve ever gotten to bottling up the live show and putting it on record.” The album is the act’s second release for Blue Note Records. By Kevin C. Johnson

With glimpses of nudity now being challenged in school library books and texts removed from shelves, comics authors offer their own perspectives on the worrying trend. Included are Newbery Award-winning author Jerry Craft ("New Kid"), Phoebe Gloeckner ("The Diary of a Teenage Girl") and ACLU Missouri lawyer Molly Carney. Moderating the discussion is Rebecca Wanzo of Washington University ("The Content of Our Caricature: African American Comic Art and Political Belonging"). By Jane Henderson

The entertainers and daredevils of Cirque Italia’s Water Circus travel with a tent, of course, but also with a unique stage that holds 35,000 gallons of water. Curtains of rain and fountain jets crisscross in sync to the fluid moves of trapeze artists and BMX riders. Mermaids and dinosaurs also join the act. Manuel Rebecchi, founder of Cirque Italia, is the nephew of Moira Orfei, known as the queen of the Italian circus. By Valerie Schremp Hahn

Sukanya Mani's installations use cuts in paper to create negative and positive space — light and shadows — to make images and convey meaning.

Your guide to hundreds of fall performances, exhibits, festivals and more

If you’re invigorated by crisp autumn weather and looking for a way to burn that energy, you’re in luck.

Louie Vangel, grandson of Charlie Gitto Sr. and longtime employee of his downtown restaurant, has opened Vangel's in Warson Woods. 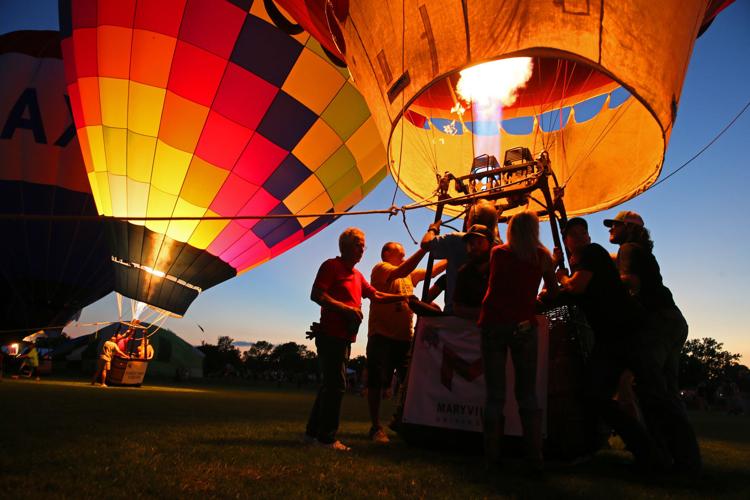 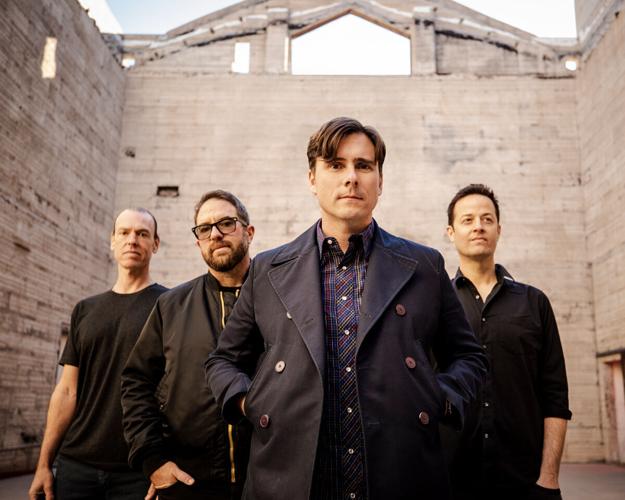 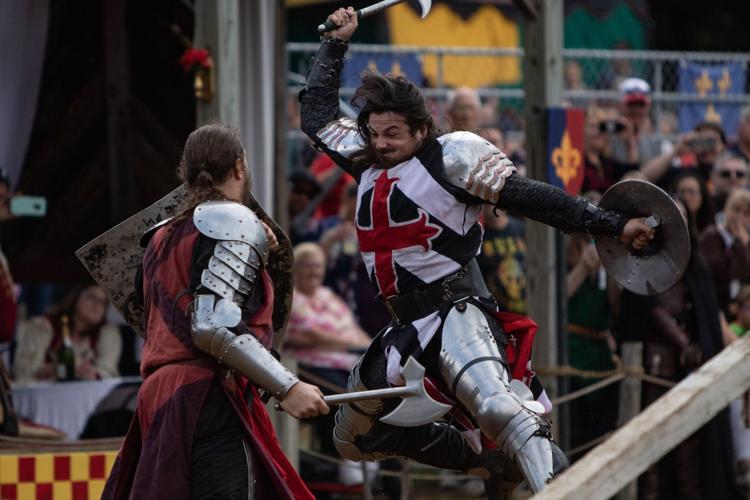 Lord Santiago duels with a knight in a joust performance at the St. Louis Renaissance Festival in 2019. 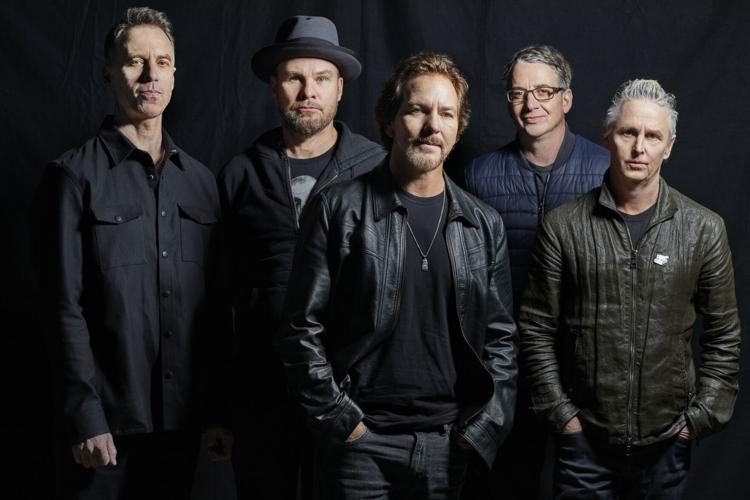