Best Bets: Green Day, Here Come the Mummies, 'Beauty and the Beast,' Cedric the Entertainer and more
0 comments
Share this
{{featured_button_text}}
1 of 2 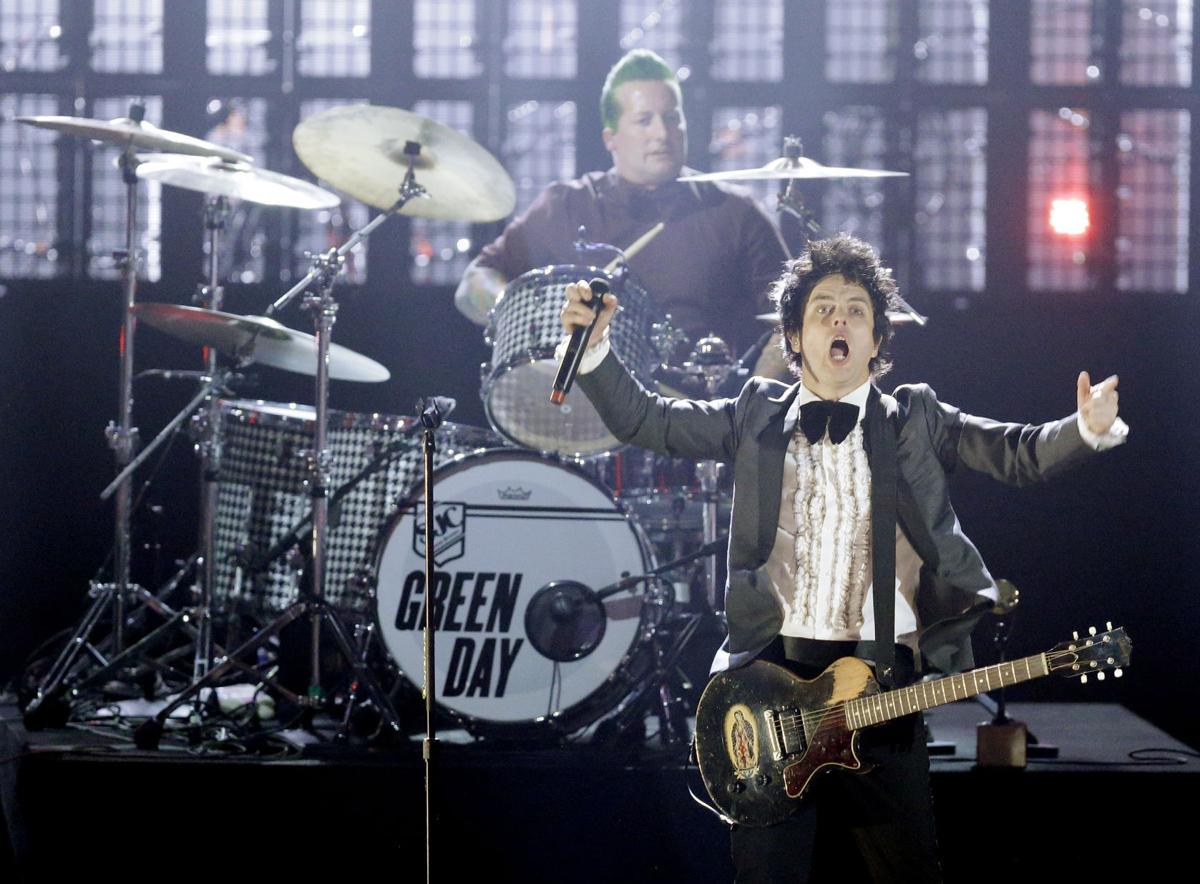 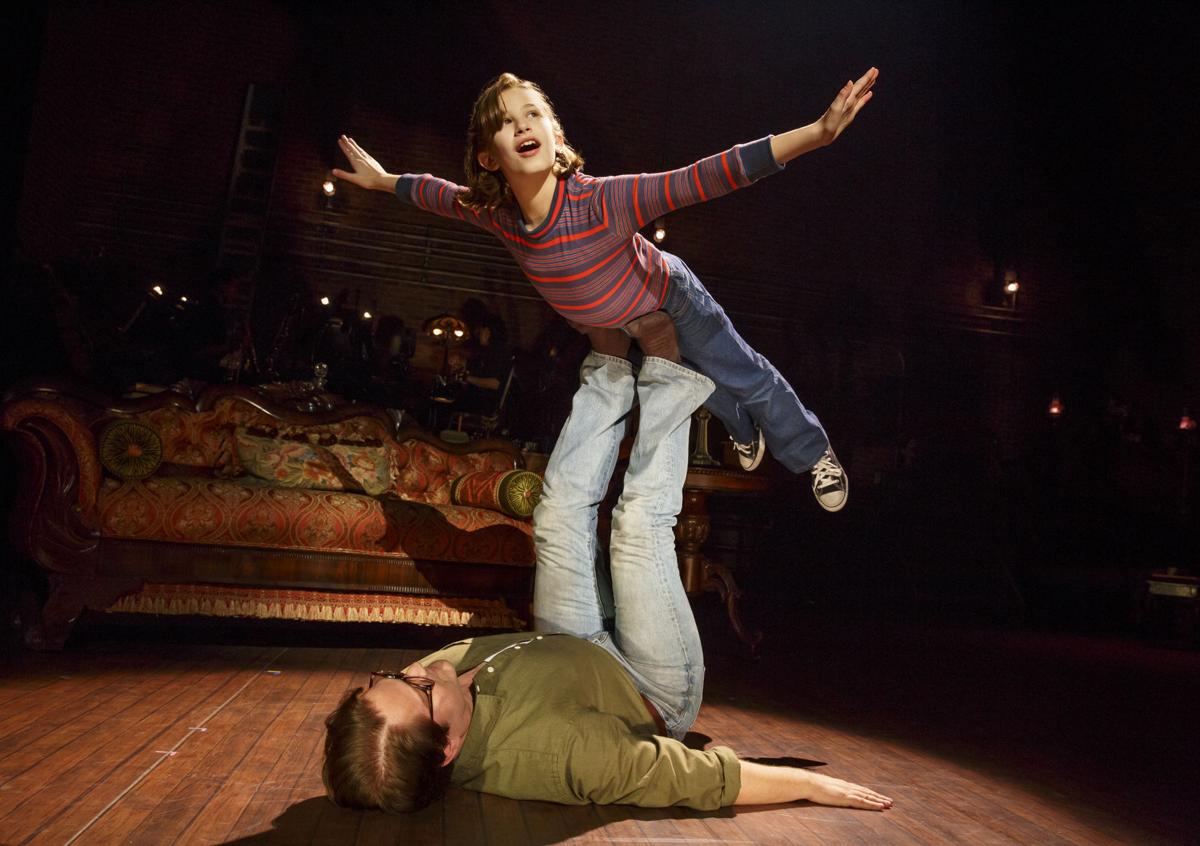 Alessandra Baldacchino and Robert Petkoff play father and daughter in the national tour of "Fun Home." Photo by Joan Marcus

 Kids can wear their costumes to this candy-free, not-so-scary Halloween party. Each guest will get a trick-or-treat bag and an autograph book, which can be signed by storybook characters at the event. A Happy Halloween Party from 10 a.m. to 2 p.m. Oct. 28 will include a dance party, a visit by Fredbird and a cooking demonstration with a chef from St. Louis Children’s Hospital, which is sponsoring the events. By Valerie Schremp Hahn

Forty artists, crafters and makers from the Midwest will come to Edwardsville to sell jewelry, one-of-a-kind clothing, cigar box guitars, bath and body products, and more at the second annual market. “This isn’t your grandma’s craft show,” says event creator Micah Wall, “unless she’s got tattoos and an MFA.” The show’s products were judged on quality, with a special emphasis on items that are usable. By Valerie Schremp Hahn

If the event features something called a Pumpkin Death Match, it has to be cool. Or, in this case, hot. It’s the 14th anniversary of Third Degree Glass Factory, and the venue is celebrating with events like the death match (artists create glass pumpkins, and the audience picks the best one) and the Great Pumpkin Blow (artists compete to blow the biggest glass pumpkin; last year’s weighed more than 25 pounds). The Divine Hours and the St. Louis Fire Technicians will also perform. By Valerie Schremp Hahn

‘Beauty and the Beast’

 Professional theater artists Jason Michael Evans — who’s from St. Louis — and Kaitlyn Mayse star as a cursed prince and a bookish, self-confident young woman in Disney’s “Beauty and the Beast,” this year’s big production from Variety Children’s Theatre. Once again, there’s a large cast that includes teens and children with all kinds of abilities, plus adult performers — and once again, Broadway (and Muny) veteran Lara Teeter directs. This show is particularly on-target for Variety, a charity that helps children with physical and intellectual disabilities. One of the main characters, a young teacup called Chip, reminds us that “perfection” isn’t everything. Chip is played by 10-year-old Keira Cromwell. The cast also includes St. Louis stage favorites Leah Berry as Chip’s mother (a teapot), Whit Reichert as Belle’s inventive father, Drew Humphrey as a suave candlestick, Alan Knoll as an anxious clock and Ken Page as the narrator. By Judith Newmark

‘I’m Gonna Pray for You So Hard’

When Friday through Nov. 6; performances at 8 p.m. Thursdays-Sundays • Where Satori, 3003 Locust Street • How much $20-$25 • More info brownpapertickets.com

 Tom Martin’s Blue Roses Stage Collective returns with Halley Feiffer’s two-hander, a darkly comic and touching exploration of a father-daughter relationship. David (Michael James Reed), a playwright who rose from nothing to tremendous acclaim, hopes that his daughter Ella (Taylor Steward) will one day surpass him as an artist. And Ella wants nothing more than to make David proud of her. But even a loving relationship may not be able to bear the strain of such high expectations. Martin directs. By Judith Newmark

Cedric the Entertainer and Friends

 Sure, Aretha Franklin was a great name to have as the musical guest for Cedric the Entertainer’s annual fundraising benefit for SSM St. Mary’s Hospital. But Smokey Robinson fills in for the ailing Franklin just fine. That coupled with the always funny Cedric the Entertainer and special guest George Lopez makes for quite a complete affair that’s for a good cause. By Kevin C. Johnson

Mozart’s “Don Giovanni” is one of the three great operas that the composer wrote with librettist Lorenzo daPonte, and it’s a masterpiece that stands the test of time. Baritone Simon Keenlyside will sing the title role in the Metropolitan Opera’s Live in HD series Saturday in Michael Grandage’s production. Conductor Fabio Luisi leads an international cast, including Hibla Gerzmava as Donna Anna, Malin Byström as Donna Elvira, Serena Malfi as Zerlina, Paul Appleby as Don Ottavio, Adam Plachetka as Leporello, Matthew Rose as Masetto, and Kwangchul Youn as the Commendatore; the great mezzo-soprano Joyce DiDonato is the host. By Sarah Bryan Miller

A new troupe, the Civic Arts Company, debuts with Jamie Pachino’s 35-minute, four-character play, an (extremely condensed) adaptation of a book by Studs Terkel. Pachino aimed the play at teenage audiences. This suits the company, founded by two physicians, Terry Weiss and Richard Shaw, who want to use arts and education as a path toward alleviating social injustice by fostering improved understanding among diverse groups. After the show, the actors engage the audience in a discussion facilitated by the Anti-Defamation League. Following the production at the museum, there will be more presentations at junior and senior high schools in the area. Jacqueline Thompson directs. By Judith Newmark

The Italian cantata is a special art form that demands high levels of musical expressivity and sensitivity, along with ear-boggling virtuosity. Spanish mezzo-soprano Nerea Berraondo has all that, along with a suitably rich timbre. On Sunday evening, she’ll perform Antonio Vivaldi’s “Nisi Dominus” and the dramatic “Medea in Corinto” by Vivaldi’s fellow Venetian Antonio Caldara, with St. Louis’ early-music group the Kingsbury Ensemble. Also in the spotlight: Margaret Humphrey, violin, and Clea Galhano, recorder. By Sarah Bryan Miller

The annual Festival of Praise tour has quickly emerged as one of the most anticipated gospel music festivals around, and not because there are so few of them to begin with. The lineup speaks for itself. This year’s includes Fred Hammond, Hezekiah Walker, Israel Houghton, Karen Clark Sheard, Regina Belle and Casey J. The comedian Earthquake hosts. By Kevin C. Johnson

Rapper Mac Miller is making headlines for dating Ariana Grande, but we’re paying more attention to his new album. On “The Divine Feminine,” Miller leads things off with “Dang!” featuring Anderson .Paak. The album also features “We” with CeeLo Green, “Cinderella” with Ty Dolla $ign, “God Is Fair, Sexy, Nasty” with Kendrick Lamar and “My Favorite Part” with — guess who — Grande. By Kevin C. Johnson

Newcomer Tory Lanez is navigating his way through the R&B scene as one of the genre’s shining male singers. His new album is “I Told You” and features the single “LUV.’ Lanez originally broke through with his single “Say It.” By Kevin C. Johnson

 Darrie Lawrence makes her 14th appearance at the Repertory Theatre of St. Louis as Katharine Gerard, a woman whose life basically ended 20 years earlier, when her son died of AIDS. But his partner, Cal Porter (Harry Bouvy), has moved forward; he’s married to another man now and has a son. In Terrence McNally’s touching drama, Katharine and Cal meet again to share memories of someone they both loved — and in the process, to open her heart to fresh prospects. Another longtime Rep artist, Michael Evan Haney, directs. By Judith Newmark

When 8 p.m. Wednesday • Where The Pageant, 6161 Delmar Boulevard • How much Sold out • More info ticketmaster.com

 St. Louis’ Green Day fans are about to get what they’ve been waiting for. The punkish rock band’s new tour was all set to open Sept. 20 in St. Louis until an illness overcame the band and crew, scrapping those plans. But the makeup date came swiftly, and we can now hear Green Day’s classics live along with new songs from the album “Revolution Radio.” Tickets for the original show will be honored at this new date. By Kevin C. Johnson

 Funky band Here Come the Mummies, which recently performed at Fair St. Louis in Forest Park, is back in town for a headlining show at Delmar Hall. “We couldn’t love St. Louis more, baby,” the band told Go! Magazine in the summer. “You all respond in a big way to what we are laying down, and we love that.” By Kevin C. Johnson

St. Louis International Film Festival, Nov. 3-13 at various venues: The fest celebrates its 25th anniversary with restored works from the first festival — “Daughters of the Dust” and “Delicatessen”

Maxwell and Mary J. Blige, Nov. 12 at Scottrade Center: The artists hit the road together for the first time on their “King and Queen of Hearts World Tour”

“Fun Home,” Nov. 15-27 at the Fox Theatre: The national tour of the Tony-winning musical, produced by Fox Theatricals, makes its St. Louis debut

Like Halloween? And history? Get out there, learn something and have some spooky fun.

Get the Go! Magazine app for your smartphone

Find our critics' and editors' picks in our free entertainment app

Looking for craft beer in St. Louis? Here's where to find it

Here, from Go! Magazine, is a guide to the current roster of St. Louis craft beer, including profiles of brewers and a guide for newcomers. Po…

Take a spin around St. Louis and visit its most haunted real-life locales with our interactive map.

Cedric the Entertainer's Netflix special was a long time coming

The comedian, who hails from the St. Louis area, is set for his "Cedric the Entertainer and Friends" event Saturday at the Peabody.

Alessandra Baldacchino and Robert Petkoff play father and daughter in the national tour of "Fun Home." Photo by Joan Marcus 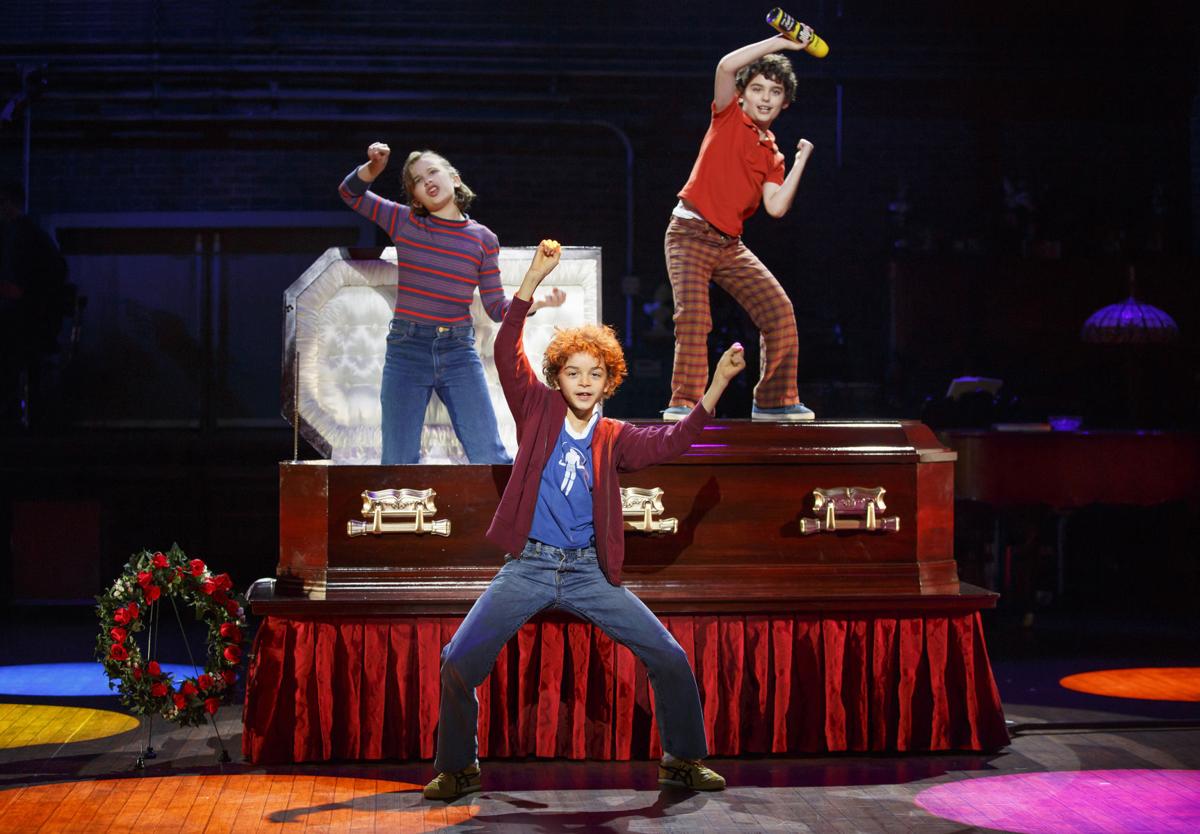 From left: Alessandra Baldacchino, Pierson Salvador and Lennon Nate Hammond play a sister and two brothers going up in a "Fun Home" - short for funeral home. Photo by Joan Marcus