Adriana Trigiani made the bestseller list 22 years ago with “Big Stone Gap,” a novel set in her Appalachia hometown. (It also became a movie.) But with a name like hers, there’s also an Italian influence, which she explores in her new book, “The Good Left Undone,” set on the Italian coast during World War II. Based on a true story, a secret is explored regarding a family of Tuscan artists. By Jane Henderson

When 4-9 p.m. April 29 • Where Washington Avenue between Tucker Boulevard and 14th Street • How much Free • More info citysocialstl.com

The inaugural City Social street fest rolls out April 29 on Washington Avenue. It’s a block party with music, art and culture, all representing St. Louis. “Music row” will feature performances by Bullseye Womprats (5-7 p.m.) and Downtime (7-9 p.m.). There will also be street performers, acrobats, stilt walkers and hula hoopers. Chill out in the “kickback corner” with music by DJ James Biko, and take a photo in the Selfie Room pop-up exhibit. “Art alley” will feature work by local artists Pl@stic, Dormir, Kyla Hawkins, Keli Schaefer and Peat Wollaeger, with music by DJ Nico Marie. After 9 p.m., the fun continues with after-parties at Rosalita’s Cantina and Whiskey on Washington. By Kevin C. Johnson

Last year, Lil Durk opened for Lil Baby when both rappers made their Hollywood Casino Amphitheatre debut. Now, Lil Durk is back but as headliner, displaying rapid growth. His latest album, “7220,” debuted at the top of the Billboard 200. By Kevin C. Johnson

An overworked and underappreciated young woman meets the prince of her dreams: Yes, we’re talking about Cinderella. Such a fairy tale was virtually made for dance — and for St. Louis Ballet. By Calvin Wilson

Screenwriter-director Martin McDonagh has made a name for himself with films including “Three Billboards Outside Ebbing, Missouri” and “In Bruges.” But McDonagh started out as a playwright, and the West End Players Guild season concludes with one of his finest works, “The Lonesome West.” By Calvin Wilson

Country band Alabama brings its celebratory “50th Anniversary Tour” to Enterprise Center this weekend. “We are thankful that we can play our music for our loyal fans of the past 50 years and introduce our songs to a new third and fourth generation of fans,” lead singer Randy Owen said in a statement. “We have rehearsed an all-new show that we are having fun performing, but you never know — we might even take requests from time to time.” By Kevin C. Johnson

Does music from the Baroque era get any more sublime than Bach’s Brandenburg Concertos? We’d say no. But it’s rare to hear all six of them programmed for one performance, which makes this concert by the Bach Society Orchestra — one of the obvious highlights of this year’s Bach Festival — all the more special. The orchestra’s concertmaster, Lenora-Marya Anop, conducts. By Daniel Durchholz

‘From the Sea to the Stars’

The St. Louis Symphony Orchestra bids a fond but emotional farewell to St. Louis Symphony Chorus director Amy Kaiser, who, after 27 years of service, is retiring after this weekend’s concerts. The chorus joins the orchestra for Debussy’s “Nocturnes” and Vaughan Williams’ “A Sea Symphony.” Also on the program is Jessie Montgomery’s “Starburst,” an SLSO commission. Music director Stéphane Denève conducts. By Daniel Durchholz

Raise those bottles of baby-goat formula and sample cups of Anheuser-Busch beer: Grant’s Farm opens April 30 for its 68th season. This is the park’s first year under the Busch Family Ownership, and private, behind-the-scenes tours will continue through October. Grant’s Farm is also completely cashless; debit and credit cards can be used to buy food, souvenirs and snacks to feed the animals. By Valerie Schremp Hahn

Seoul, Korea-born pianist Seong-Jin Cho first made a splash on the international scene in 2015 when he won the XVII International Chopin Piano Competition. Since then he’s recorded a string of acclaimed albums for Deutsche Grammophon. On the program are two pieces by Ravel: “Pavane pour une Infante défunte” and “Gaspard de la Nuit,” and Chopin’s four piano scherzos. Alas, if you waited on this one, you waited too long. It’s sold out. By Daniel Durchholz

Novelist Don Winslow made the news this week not so much because of his new crime family saga, but because he says he’s stepping away from writing for politics. But don’t hesitate to start on “City on Fire,” set in Providence, Rhode Island, because Winslow’s publisher says two more books in the trilogy are already written and scheduled for April 2023 and 2024. Anyway, it might be interesting to quiz him next week at the county library about what his political plans are. By Jane Henderson

The Opera Theatre of St. Louis “Spotlight on Opera” series offers insights into the productions of the coming festival season. The hourlong programs, May 2-23 on Mondays, feature panel discussions with composers, librettists, directors, designers, singers, special guests and live performances of operatic excerpts. The series kicks off this week with the spotlight on “Carmen.” Subsequent programs will focus on “Awakenings,” “Harvey Milk” and “The Magic Flute.” By Daniel Durchholz

When 6 p.m. May 2 • Where The Pageant, 6161 Delmar Boulevard • How much Free; RSVP required • More info eventbrite.com

University City legend Orlando Watson, who lost his long fight with cancer on Easter Sunday, will be celebrated by friends, family and supporters at the Pageant. The venue was like a second home for the concert promoter and restauranteur; he and business partner Tony “T-Luv” Davis opened two Prime 55 locations. The ceremony will include remembrances, performances and more. Attire is all-white casual. By Kevin C. Johnson

This concert at McKendree University’s Hettenhausen Center for the Arts in St. Clair County is worth seeking out. Ethel is an innovative New York-based string quartet that breaks with tradition by using amplification in its concerts and occasionally improvising while playing music largely drawn from contemporary composers and songwriters who are themselves proud rule-breakers. The band (Ethel’s preferred designation) is currently touring its multimedia show “Documerica,” inspired by and featuring photos shot in the 1970s as part of the Environmental Protection Agency’s “Project Documerica,” with music by Mary Ellen Childs, Ulysses Owens Jr., Jerod Impichchaachaaha Tate, James Kimo Williams and several of the group members. By Daniel Durchholz

The Brian Jamestown Massacre returns in advance of its upcoming album, “Fire Doesn’t Grow on Trees,” featuring “The Real.” The rock band’s frontman, Anton Newcombe, cherishes the opportunity to perform for an audience. “For me, live is where it lives or dies,” he said in a statement. “So, for me to get the chance at my age to go off on another world tour for two years and play bigger places, grand theaters, and be at the top of my game, it’s an honor as well as a challenge. We are very excited.” By Kevin C. Johnson

H.E.R. has performed in St. Louis twice before, both times at Hollywood Casino Amphitheatre and supporting other acts, Chris Rock and Post Malone. The Oscar and Grammy winner makes her local headlining debut at St. Louis Music Park as part of her “Back of My Mind Tour.” “I’ve been so eager to connect with my fans this year, so it’s great to get back on the road,” she said in a statement. “Being onstage fuels me as a musician, and I can’t wait to feel that energy again.” Before launching her own tour, H.E.R. was a support act on the Coldplay stadium tour. By Kevin C. Johnson

The Midnight Company presents artistic director Joe Hanrahan’s play about mysterious goings-on with fascinating implications. Is it another case of UFOs? Directed by Morgan Maul-Smith. By Calvin Wilson

The Florissant Valley of Flowers Festival, marking its 60th year, typically celebrates the start of spring and what makes Florissant known as the Valley of Flowers. There’s carnival rides, food, drinks, a petting zoo, pony rides, a craft and vendor fair, a pretty baby contest, music, a lacrosse demonstration, a touch-a-truck event, a car show and more. Nightly closing times are fluid, so check before you go. The parade at 1:45 p.m. May 8 ends with a queen crowning at 4 p.m. By Valerie Schremp Hahn

‘Return of the Ghetto Legends’

The popular “85 South Show” podcast comes alive again with “Return of the Ghetto Legends,” featuring DC Young Fly, Karlous Miller and Chico Bean. The laughs are going to come fast and furiously, so hold on tight. By Kevin C. Johnson

Ficus is a Guereza colobus monkey who is part of the largest family group to live at the zoo.

Fashion and style at the 2022 ‘Billboard’ Music Awards

Fashion and style at the 2022 ‘Billboard’ Music Awards 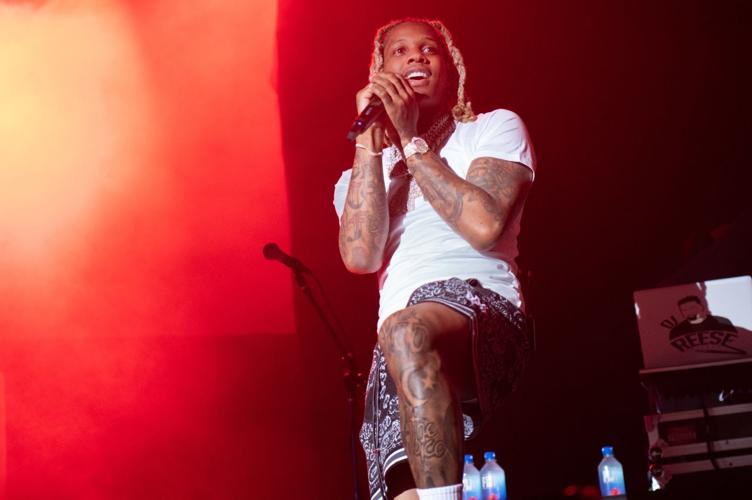 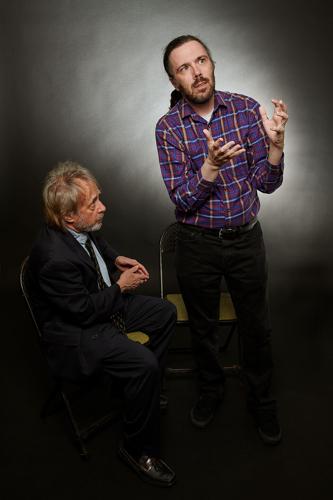 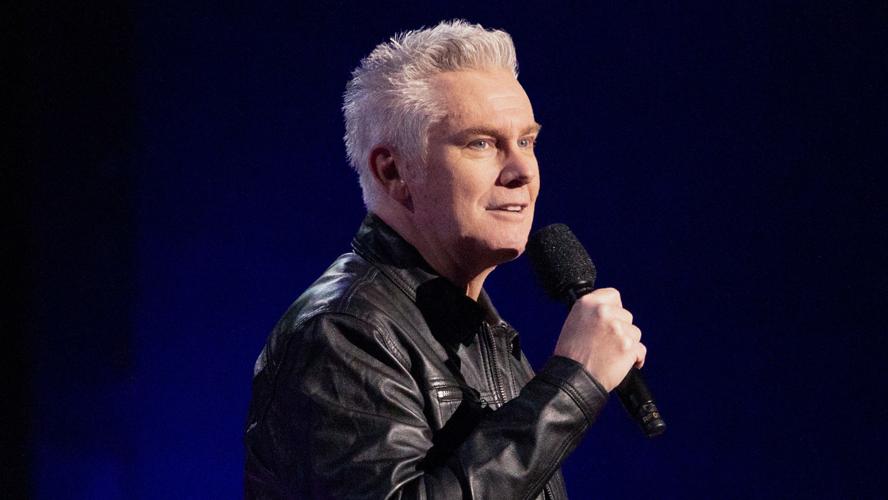 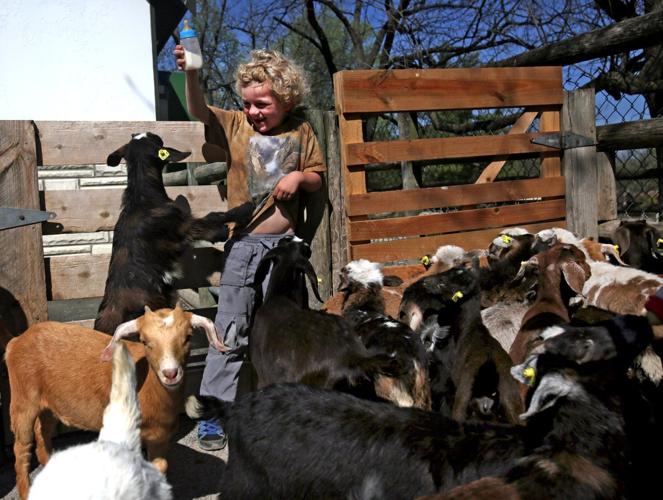 Liam Esarey, 6, of Chesterfield feeds the goats at Grant's Farm in 2016. 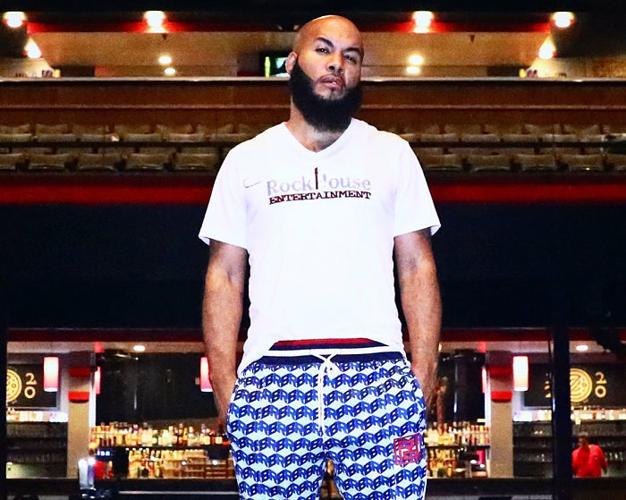 Orlando Watson at the Pageant on July 7, 2019, before a concert by Megan Thee Stallion 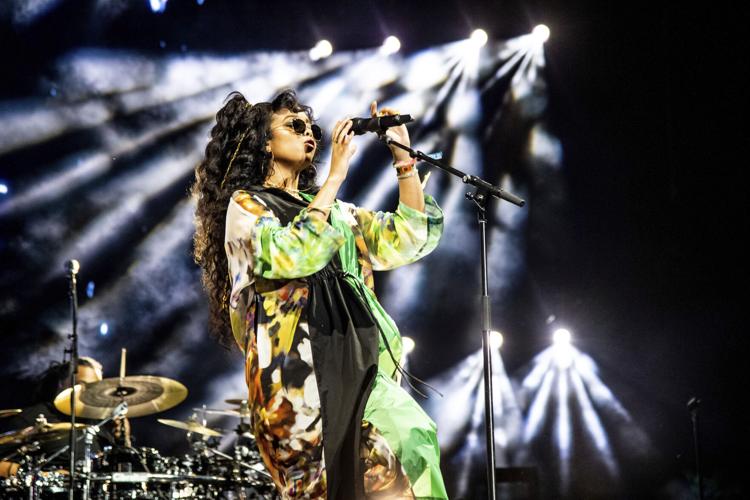