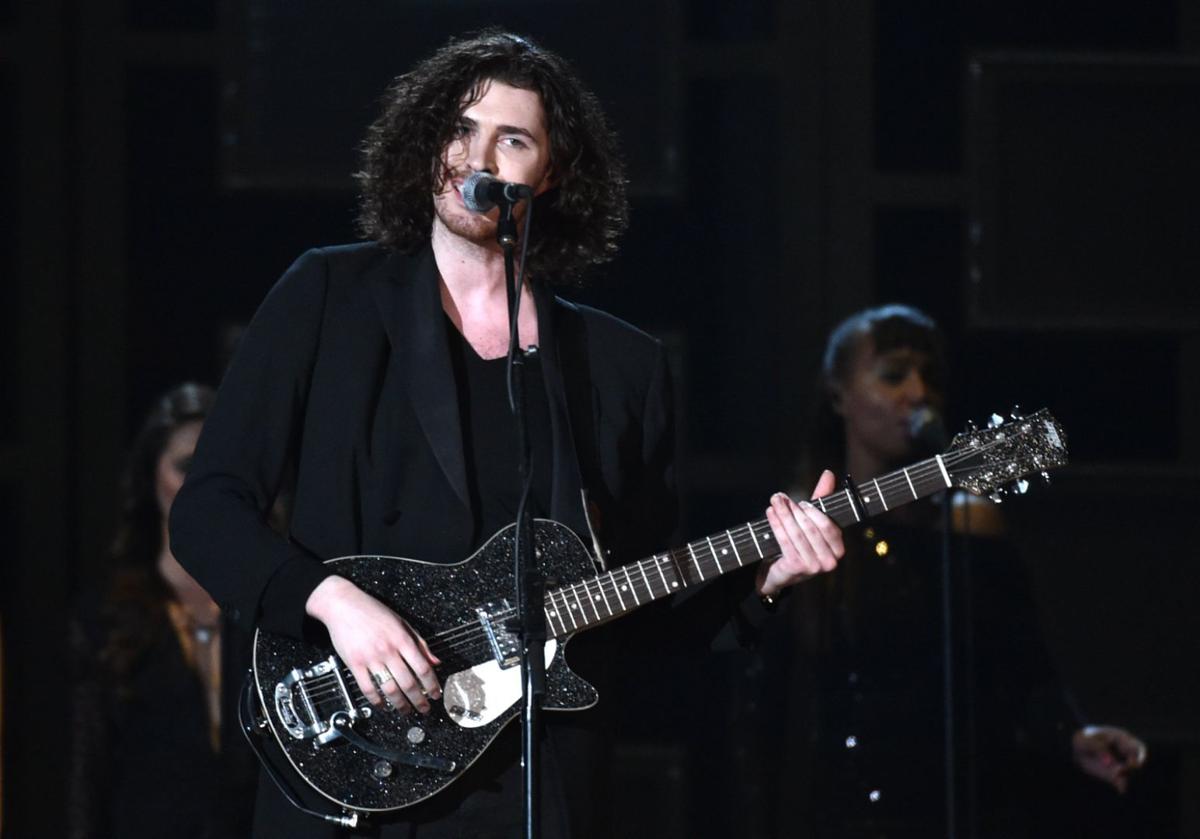 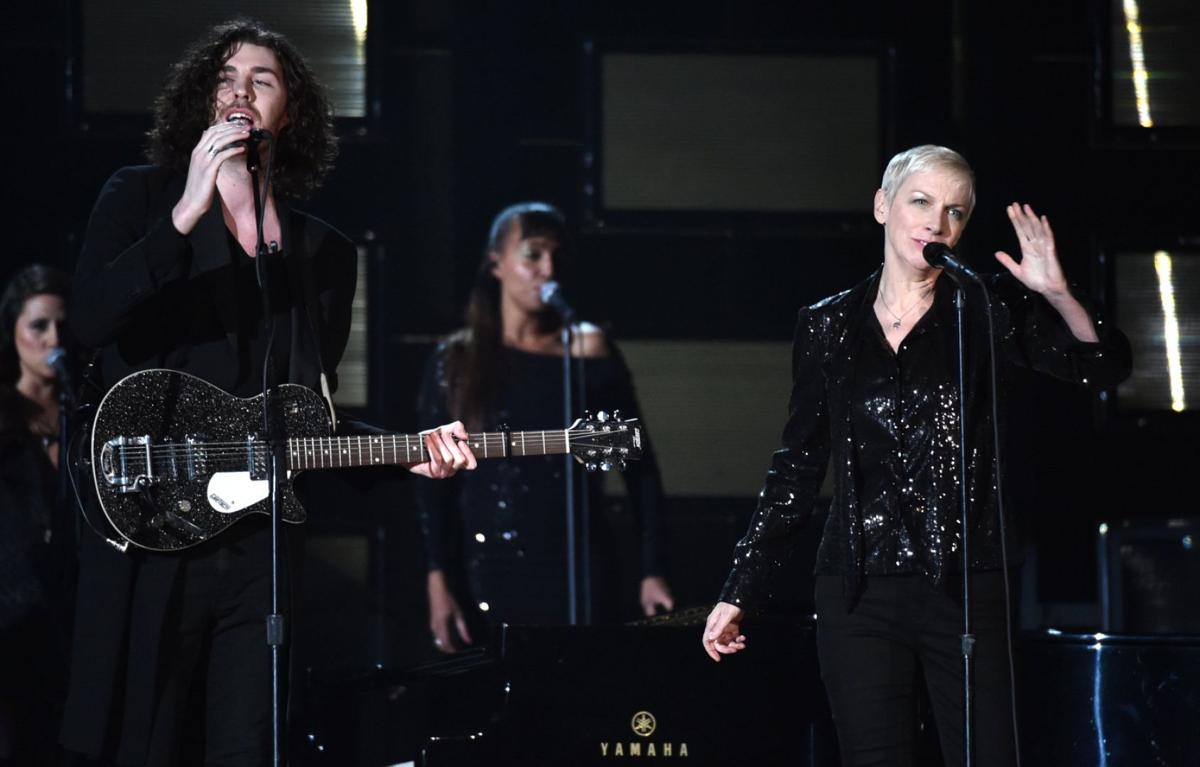 This weekend’s concerts by the St. Louis Symphony Orchestra feature just two works, but they’re both good ones. First, guest conductor Juraj Valcuha leads the orchestra and pianist André Watts, one of the world’s best-known names in classical music, in Rachmaninoff’s Piano Concerto No. 2. (It has a great history in our town; the composer performed it here in 1936.) For the second half, the program is Tchaikovsky’s Symphony No. 6, the “Pathétique.” They’re both popular favorites, and deservedly so. By Sarah Bryan Miller

  Boarded-up windows were painted with cheerful, hopeful images after destruction during Ferguson-related protests last year. Now, a new children’s book collects dozens of photos of volunteers and their artwork. Three events Saturday celebrate the publication of “Painting for Peace,” beginning with sales during the Ferguson Winter Market from 9-11:30 a.m. at St. Stephen’s Episcopal Church, 33 North Clay Avenue. From 1:30 to 2:30 p.m. author Carol Swartout Klein will read her child-friendly verse and sign books at Ferguson Library, 35 North Florissant Road. And starting at 3 p.m. at Ferguson Brewing, artists, volunteers and business owners will gather for an open house. The book is priced at $15.95 in paperback and will benefit North County youth and art programs. Some proceeds will go to the Greater St. Louis Community Foundation. By Jane Henderson

Watch and place your bids as 35 St. Louis artists create masterpieces on-site at Wall Ball, the annual fundraiser for Artscope. The event also includes a raffle and food and drinks by local vendors. VIP guests will enjoy an open bar and entry at 6:30 p.m. Artscope’s mission is to provide a safe, educational environment for children to explore the arts. By Gabe Hartwig

In this production from Los Angeles’ 24th Street Theatre, a girl in an English seaside town learns to deal with the loss of her grandmother and build a new relationship with her grandfather. Recommended for ages 7 and up. By Jody Mitori

  The King’s Singers started out at King’s College, Cambridge, where the original sextet were choral scholars. They built a brand based on excellent timing, intonation and blend, and on the widest-ranging repertoire imaginable, from early music to serious contemporary works to pop and jazz. They’ll bring their act to Washington University’s 560 Music Building on Saturday night and show St. Louisans what they can do. By Sarah Bryan Miller

‘Navigating the West: George Caleb Bingham and the River’

George Caleb Bingham (1811-1879) was known as “the Missouri artist.” He lived in the state for most of his life, principally in Arrow Rock and St. Louis, and his portraits and other paintings made him famous. He’s best known for his genre paintings of life on the river, compositions that tell a story of a way of life. A major exhibition of his river paintings and related materials opens this weekend, on its way to the Metropolitan Museum of Art in New York. It’s one that shouldn’t be missed. By Sarah Bryan Miller

  Not only did Judy Smith provide the inspiration for TV’s “Scandal,” her biography says she’s worked on some of the biggest real-life scandals to plague Washington: the Iran-Contra investigation, Monica Lewinsky, the nomination of Clarence Thomas to the Supreme Court. As the public library’s Black History Month keynote speaker, Smith will discuss “Crisis 101: Surviving and Thriving in an Era of Perpetual Crisis and How It Relates to African-American History and Culture.” No doubt someone will ask her how she’d handle Ferguson’s image. By Jane Henderson

  Ladysmith Black Mambazo got a big break when Paul Simon enlisted the South African a cappella ensemble to perform on his Grammy-winning “Graceland” album. But they’d been making evocative vocal music long before that 1986 breakthrough, and their post-“Graceland” career has proven to be an enduring one. If you’re into world music, this is one show you won’t want to miss. By Calvin Wilson

Root for your film favorites on the 40-foot screen at Ballpark Village, bid on auction items and enjoy attendance prizes at this downtown Oscar party. Guy Phillips of radio station Y98 and Cinema St. Louis chairman Kim Tucci will emcee, and Jay Kanzler, director of the film “Marshall the Miracle Dog,” is the special guest. The event is a fundraiser for the Whitaker St. Louis International Film Festival. By Jody Mitori

The Florissant Fine Arts Council presents a musical from the State Theatre of Georgia, a story that centers on the sassy owner of a small-town cafe who dispenses advice and friendship along with coffee and pie. Combining country blues, gospel and rockabilly, the show features such original tunes as “All-American Male,” “Satisfaction Guaranteed” and “Side of Fries.” By Judith Newmark

When 8 p.m. Tuesday • Where The Pageant, 6161 Delmar Boulevard • How much Sold out • More info Ticketmaster.com

  Every now and again a concert comes along by a new artist that is one of the must-have tickets of the season. The Hozier show at the Pageant next week is definitely one of those shows. The singer, nominated for a Grammy for “Take Me to Church,” looks poised for bigger things. But if you don’t already have your ticket, too bad. It’s already sold out. By Kevin C. Johnson

Jennifer Senior seems to sum up modern parenting with her book title “All Joy and No Fun.” We love the little dickens, but piloting those parenting helicopters sure is stressful. The author, whose book is now out in paperback, combines her own research with years of data to explain why having children doesn’t necessarily make people happier — and yet they keep at it. By Jane Henderson

If you have a library of books on the Civil War and Abraham Lincoln, you probably have a title by Lincoln scholar Harold Holzer. He’s written or edited about four dozen and in 2008 received a National Humanities Medal. This year, his “Lincoln and the Power of the Press” won the Gilder Lehrman Lincoln Prize. Holzer will speak to the Civil War Round Table of St. Louis. Tickets can include dinner or just the speech, but reservations must be made by Sunday. By Jane Henderson

Sleepy Kitty with Jamaican Queens and The Brainstems

Singer-guitarist Paige Brubeck and drummer Evan Sult are Sleepy Kitty, an art-punk duo based in St. Louis. The Boston Globe observed that their sound recalls ’90s-era bands “but is lightened by Brubeck’s vocal harmonies and conversational lyrics.” The set list will likely lean toward tunes from the duo’s 2014 album, “Projection Room.” By Calvin Wilson

The Dublin-born author of “The Boy in the Striped Pajamas” knows how to tear at the heart. But he hadn’t written about his home country of Ireland until his new book about a priest, “A History of Loneliness.” Boyne has said that he suffered much bullying by priests as an altar boy, but he wanted to look at the Roman Catholic Church’s pedophilia scandals from the perspective of an “innocent” man. By Jane Henderson

“Chappie,” opens in theaters March 6: Hugh Jackman and Sigourney Weaver want to destroy Chappie, a robot that can think and feel

Lisa Lampanelli, March 6 at Event Center at River City Casino: See if the comedian lives up to her Queen of Mean title

Elvis Costello, March 9 at the Pageant: In this solo show, the new wave leader performs fan favorites and some of his lesser-known songs