‘The Music of Queen’

The St. Louis Symphony Orchestra will rock you pretty much every time you attend, but not like this. Led by conductor Martin Herman and with MiG Ayesa on vocals, the SLSO puts the “classic” (rock) in “classical” by performing “The Music of Queen,” featuring songs from the band’s albums “A Night at the Opera,” “Jazz,” “News of the World” and more. By Daniel Durchholz

Rock band Lord Huron is touring in support of its latest album, “Long Lost.” The shows began in May in Las Vegas. By Kevin C. Johnson

That Purple Stuff: A Royal DJ Tribute to Prince

DJ James Biko’s last tribute to Prince was a year ago outside City Foundry, where attendees in roped-off pods partied like it was 1999. For the event’s return, at Delmar Hall, Biko will spin Prince’s music in celebration of his birthday, along with music by related acts. By Kevin C. Johnson

If you know Kevin Hart’s stand-up, chances are you know the Plastic Cup Boyz. The comedy group — Joey Wells, Will “Spank” Horton and Na’im Lynn — regularly opens for Hart on the road. By Kevin C. Johnson

For the second week in a row, the Gateway Festival Orchestra brings the music to the people with another string quartet performance at a St. Louis Library branch. This week it’s the Schlafly Library in the Central West End. And once again, it’s free. By Daniel Durchholz

Food, drinks, live music, a chance to climb on heavy machinery and vehicles, and steamroller printing round out a full day of free entertainment. Steamroller printing involves large-scale images created by regional artists and collectives carved into 5-by-3-foot blocks. A canvas is laid on top, and the whole thing is run over by a steamroller. By Valerie Schremp Hahn

When country singer Lee Brice announced his “Label Me Proud Tour,” he said he can’t wait to see his fans — “bar none the best ones out there,” he says. Brice, whose latest album is “Hey World” (2020) — is on the road with Michael Ray and Jackson Dean. By Kevin C. Johnson

The annual Soulard Pride golf cart parade rolls through the neighborhood, passing participating bars and finishing at Soulard Bastille. Bars will offer themed drinks and colored beads that can be redeemed for a chance to win a raffle. By Valerie Schremp Hahn

Artist Jenny Murphy leads a free activity, teaching people how to re-use materials to make planters and stationary. Murphy also has a public art project, “The Department Co.,” featuring murals in the windows of the Railway Exchange building, formerly home to Macy’s, Famous-Barr and Stix, Baer & Fuller stores on Sixth Street. Murphy’s murals and activities “ask us to reimagine spaces and common materials in more environmentally friendly, welcoming and noncommercial ways — where waste items are reused for new purposes and ordinary windows become places to gather and use your creativity to make a better world,” according to an announcement. Starting at 5 p.m., the art-creators can also listen to free concerts outside the National Blues Museum. The murals will be on view through May 2023. By Jane Henderson

Circus Flora: ‘The Quest for the Innkeeper’s Cask’

The caves beneath St. Louis serve as the setting for this year’s Circus Flora production, “The Quest for the Innkeeper’s Cask.” Members of the troupe venture through the caves, encountering booby traps and other obstacles, as they search for the cask, which is rumored to have mystical powers. The Flying Cortes, Ambrose Martos and Britt Lower are among the national and international performers set to perform. By Valerie Schremp Hahn

‘Ragtime, Blues & All That Jazz’

When 9 a.m. June 12 • Where Columbia and Macklind avenues • How much Free • More info stljaycees.com/soap-box-derby.html

Cheer novice racers in the stock division or more advanced racers in the super-stock at the St. Louis Soap Box Derby, a youth racing program that is part of the All-American Soap Box Derby program. Racers buy a car racing kit to compete and get gravity on their side to win the race. The race is open to drivers ages 7-20 but is capped at 50 racers each year. Winners advance to the World Championships in Akron, Ohio. By Valerie Schremp Hahn

For the finale of its 35th season, the Gateway Men’s Chorus presents “A Place for Us,” a concert of Broadway and silver screen favorites spotlighting the transcendent work of composer, songwriter and lyricist Stephen Sondheim (“West Side Story,” “Into the Woods” and on and on). You probably know all the words, and it’s a good thing you do: You’re invited to sing along! By Daniel Durchholz

Candice Millard is known for her interesting slices of history, including Theodore Roosevelt’s exploration of the Amazon in “River of Doubt.” Her latest story of adventure, “River of the Gods,” focuses on the search for the headwaters of the Nile by two men who would become bitter enemies. Publishers Weekly calls the story “riveting” and says Millard’s lushly detailed adventure story keeps a steady eye on the racial power dynamics involved in this imperialist endeavor.” By Jane Henderson

A weeklong summer camp for kids entering grades 4-7, Opera Theatre of St. Louis’ Opera Explorers program offers its participants the chance to create their own production from the ground up. Led by Opera Theatre staff and music educators, campers become the writers, composers, designers, directors and stars. The program culminates with the premiere of their original show. By Daniel Durchholz

Singer-songwriter Amos Lee is on the road with his “Dreamland” album. The project includes “See the Light,” which deals with his struggles with isolation and panic attacks, and “Worry No More.” By Kevin C. Johnson

Rock bands Flogging Molly and the Interrupters have joined forces for a co-headlining tour. “We’re really looking forward to seeing everyone and having a great time together,” Flogging Molly singer-guitarist Dave King said in a statement. “Let’s have some fun in the sun.” By Kevin C. Johnson

While the St. Louis County Library’s old headquarters is being turned into a new library branch, many of its author events will be held in collaboration with the Jewish Community Center. This one features St. Louis author Michael Loynd (“The Watermen”) talking to Olympic gold medalist Jackie Joyner-Kersee about the first U.S. swimmer to win a gold medal, the obstacles he overcame and how he inspired Americans to learn to swim. Charles Daniels held his own not only in the 1904 St. Louis Olympics but also against more experienced swimmers in the 1908 competition in London. By Jane Henderson

On the heels of Ledisi’s tribute to soul goddess Nina Simone, performed last weekend with the SLSO, comes St. Louis’ own gem Anita Jackson for her own spin on Simone. Both shows are already sold out. By Kevin C. Johnson

Tickets for bluegrass sensation Billy Strings’ show at St. Louis Music Park moved quickly, and we’ll soon learn what all the fuss is about. “Renewal,” his fifth album, hit the top of Billboard’s bluegrass chart. By Kevin C. Johnson

July 4th Fest is 10 Days of Fun at City Museum!

Here are a few of our staff picks for things to do July 1-7. 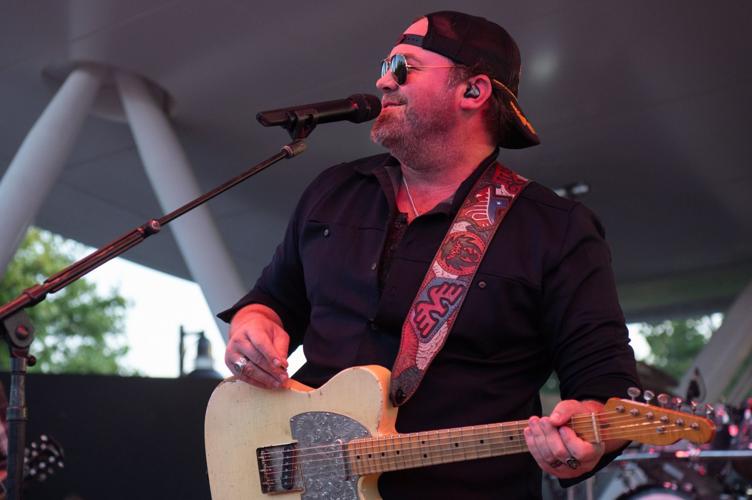 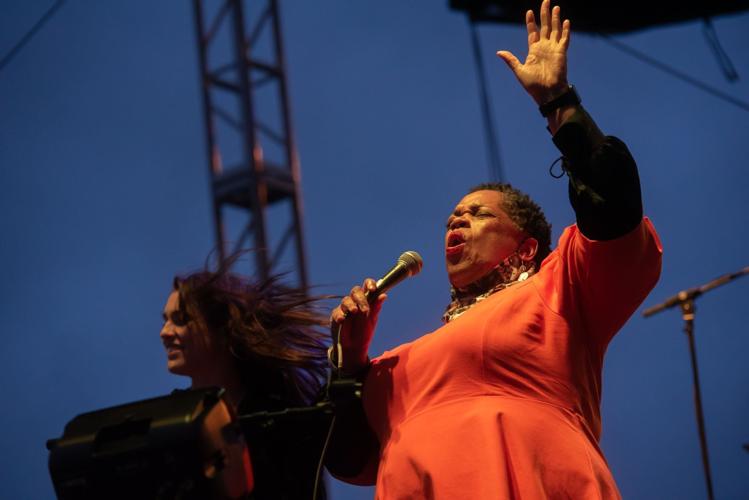 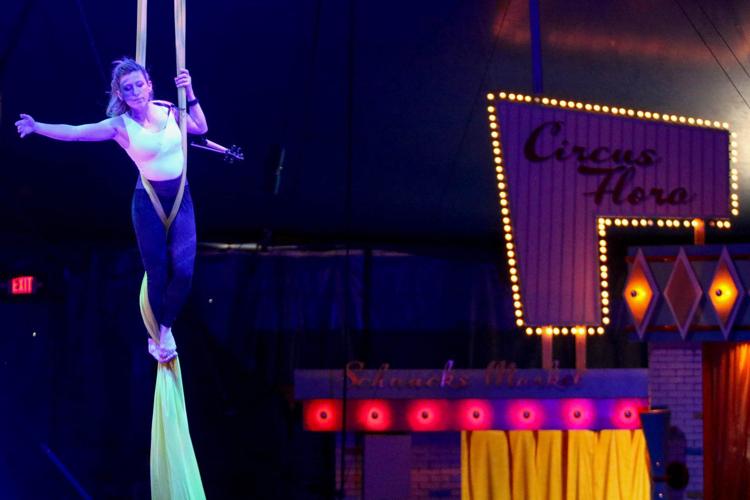 Abby Steiling gestures to the audience while suspended in the air in 2019 at the Circus Flora Big Top. 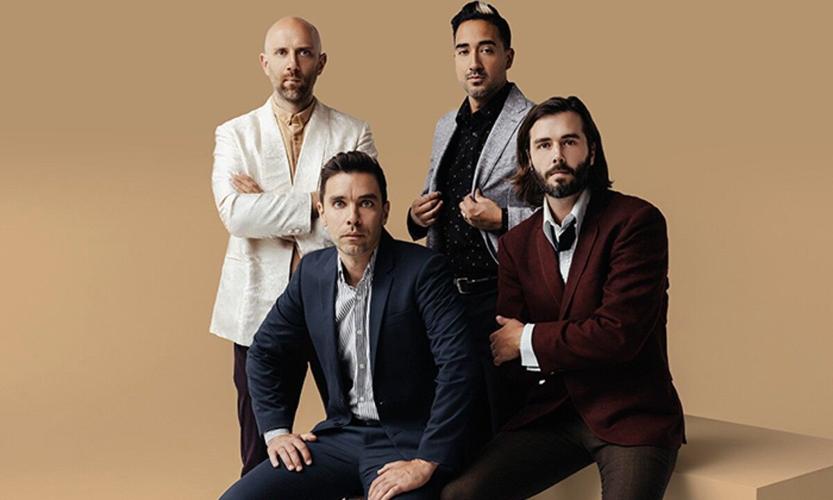