Was it He-Who-Shall-Not-Be-Named who keeps conspiring to delay the screening of “Harry Potter and the Deathly Hallows, Part 1” at Powell Hall, with its musical score performed live by the St. Louis Symphony Orchestra? Nope, just COVID. Originally scheduled for March 2020 and rescheduled for January this year, this time it looks like a good bet to happen. If you’ve kept your tickets from January, the Friday tix are valid for the 7 p.m. April 15 performance, Saturday tix for 7 p.m. April 16 and Sunday matinee tix for 2 p.m. April 16 — which, please note, is a Saturday, not Sunday. Very few tickets remain, starting at $45. By Daniel Durchholz

The pools and slides are closed for now at Raging Rivers, but the water park hosts its second annual Great Mushroom Hunt this weekend. Hunters of all ages are invited to search for morels while hiking on marked trails behind the park, looking for eagles and even watching for Bigfoot. An Easter egg hunt for kids starts at 10:30 a.m. Food trucks, kids activities, vendors and more will be on site. By Valerie Schremp Hahn

Award-winning classical guitarist Ana Vidovic has been playing guitar since age 5. At 7, she gave her first public performance and at 11 was performing internationally. A native of Karlovac, Croatia, she has released six albums and two DVDs and has performed all over the world. Videos of her performances have racked up millions of views on YouTube. Her live St. Louis Classical Guitar performance at the Ethical Society will also be available for online viewing April 22-25. By Daniel Durchholz

Dance St. Louis presents the all-male comic dance company Les Ballets Trockadero de Monte Carlo. In a review of a 2016 performance at New York’s Joyce Theater, the New York Times noted that “while you laugh at their demented antics, you find yourself watching them with a special tenderness. You’re on their side.” By Calvin Wilson

When 7 p.m. April 19 • Where facebook.com/leftbankbooks.stl • How much Free • More info left-bank.com

Dana Levin, distinguished writer-in-residence at Maryville University, discusses her new poetry collection with two other poets, Diane Seuss and Jane Huffman. Levin said in an interview with the New England Review that “Now Do You Know Where You Are,” her fifth book, is “the most engaged with our present moment in history, and with the people and places in my life. It’s a chronicle of dis/orientation: personal and collective, psychological and political.” By Jane Henderson

Alternative R&B band Moonchild, one of the coolest acts you may not be familiar with, returns to Old Rock House in support of “Starfruit.” The new album includes guest features by Lalah Hathaway, Alex Isley, Tank and the Bangas, Rapsody and others. By Kevin C. Johnson

Olivia Rodrigo is arguably, if not certainly, the past year’s top new music sensation on the strength of her debut album, “Sour.” The blockbuster album yielded a number of hits including “Driver’s License,” “Good 4 You” and “Deja Vu” that helped make way for her “Sour” tour. The show at the Factory was a quick sellout. By Kevin C. Johnson

‘Variety Unbound: An Evening of Empowerment’

Ali Stroker hosts “Variety Unbound,” a fundraiser for Variety St. Louis. Stroker, who uses a wheelchair, won the 2019 Tony Award for best featured actress in a musical for her performance in “Oklahoma!” She also appeared in Deaf West Theatre’s Broadway revival of “Spring Awakening.” There will also be a performance by the Variety Kids. By Calvin Wilson

Theresa Brown, a nurse with experience in oncology, learns much more when she herself is diagnosed with breast cancer. In her memoir, “Healing: When a Nurse Becomes a Patient,” Brown says she was surprised as a patient by the lack of compassion in the medical maze, but she worries that complainers often receive worse care. She also realized what she could have done better as a nurse herself when treating others. Brown, who also wrote “The Shift,” will discuss her new book. By Jane Henderson

Employers: Know Your Rights About Union Organizing Best Practices for All Employers

Ficus is a Guereza colobus monkey who is part of the largest family group to live at the zoo. 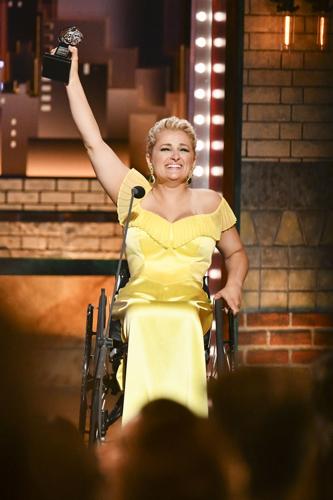 Ali Stroker accepts the Tony Award in 20019 for best performance by an actress in a featured role in a musical. 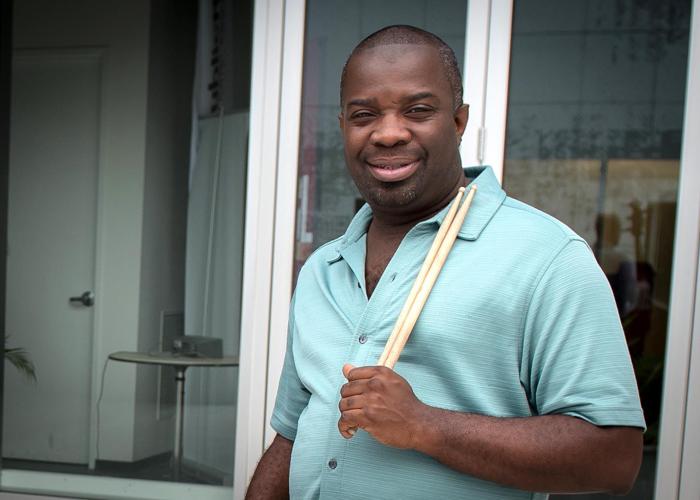