Colorful Pride Care-A-Van procession will roll through St. Louis on Sunday
0 comments
Share this
Subscribe for $5 for 5 months
1 of 2 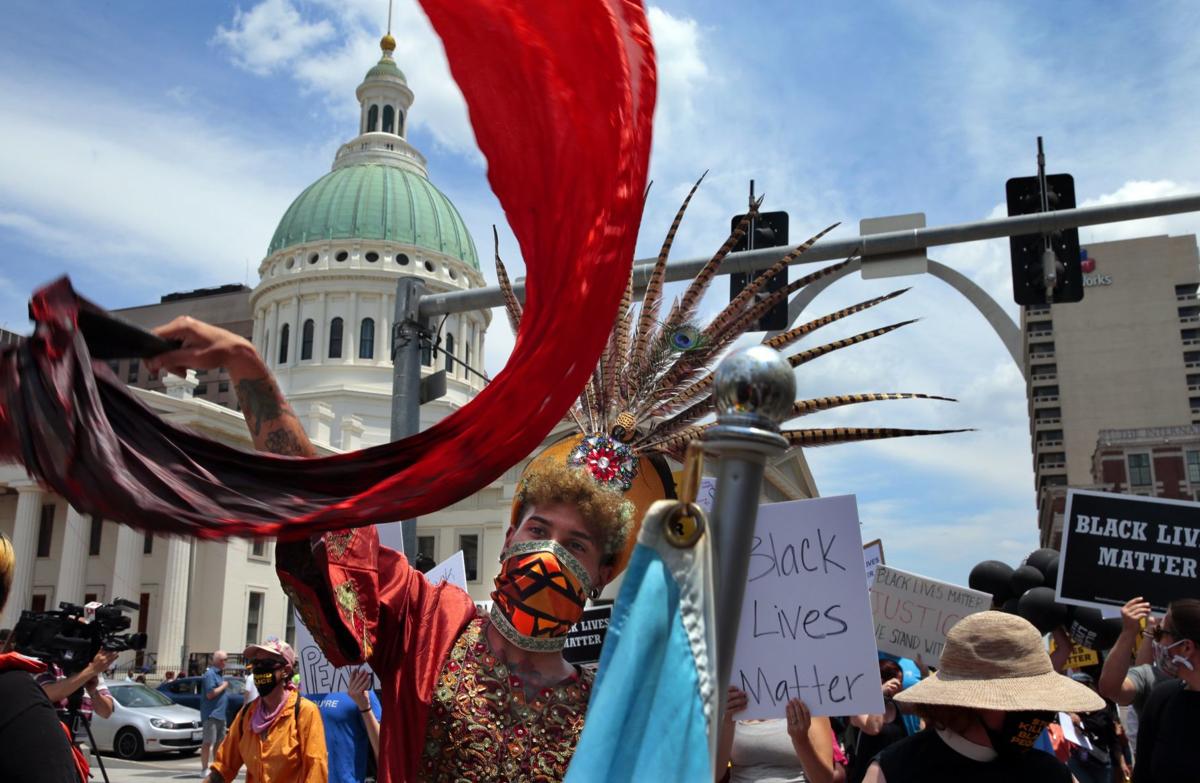 "I just want to be fabulous," said Maxi Glamour in during a Juneteenth march June 19, 2020, in downtown St. Louis. 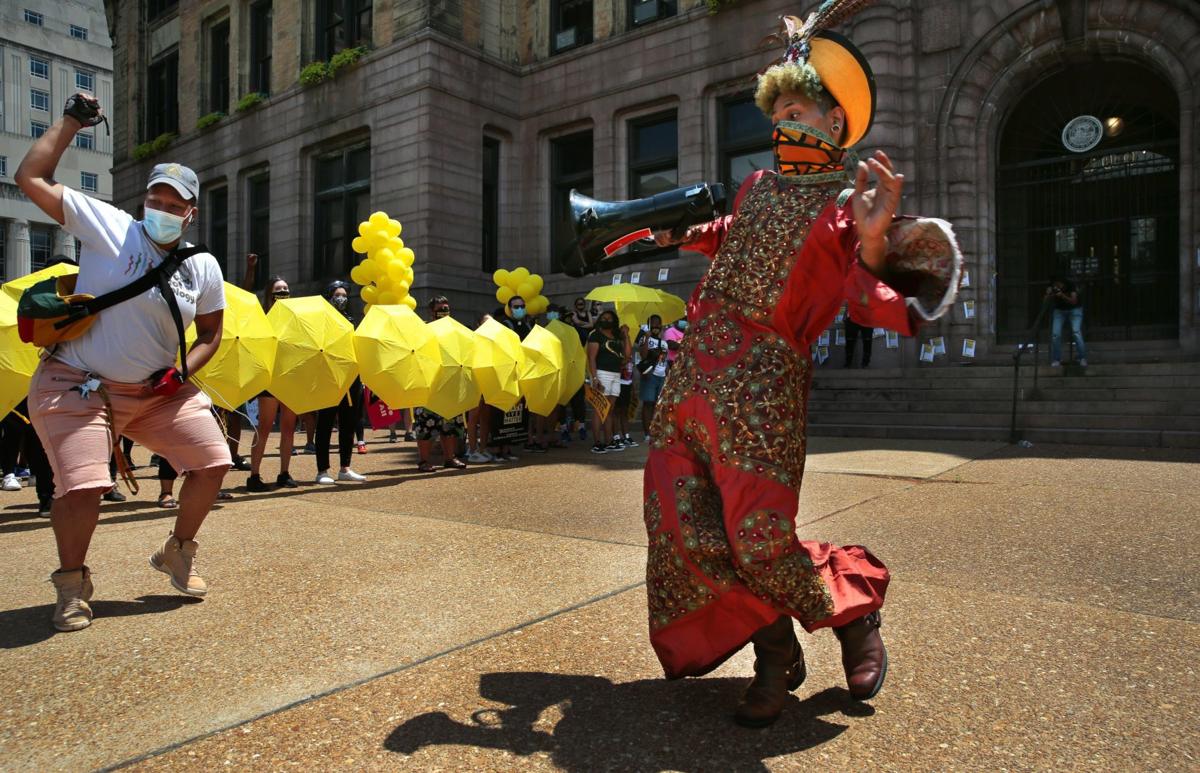 "I just want to be fabulous," said Maxi Glamour (right) in front of St. Louis City Hall during a Juneteenth march June 19, 2020.

The coronavirus forced the postponement of LGBTQ pride festivals that were scheduled across the country, so why not find a safe way to bring the party to the streets?

That’s what organizers with Tower Grove Pride, Metro East Pride, Black Pride STL and Pride St. Charles thought when they came up with the idea for the Pride Care-A-Van, a procession of about 200 vehicles that will roll through St. Louis starting at noon Sunday. Neighbors are invited to sit along the route (while masked and socially distant) and bask in the cheer.

Drivers who will participate have been discussing where to buy window paint in a rainbow of colors and where to buy rainbow Pride flags to affix to car antennas, says Michael Powers, founder of Tower Grove Pride.

“It’ll be like a rolling, curated art installation, if you will,” he says.

“It’s going to be a moment of solidarity with our friends in other movements because they are sort of interrelated."

He and others with Pride organizations didn’t take too much time to feel sorry for themselves when they postponed their usual festivals.

“We had a couple weeks of mourning,” he says. “And then we just got over ourselves.”

June, which is Pride Month, commemorates the 1969 riots at the Stonewall Inn in New York City, seen as the start of the gay rights movement. Festival organizers here wanted to honor and acknowledge the anniversary.

While nearly every Pride festival in the country has been canceled or postponed, Powers says he has not heard of any other events like the Pride Care-A-Van.

The event will also raise awareness and support for the St. Louis Queer Support Helpline, which helps callers connect with resources or work through problems. The service operates 1-7 p.m. Monday-Friday; the number is 314-380-7774.

Powers says anyone is encouraged to give to a charity of their choice in the spirit of the event.

During the Care-A-Van, St. Louis drag performer Maxi Glamour will serve as emcee, broadcasting on a special FM radio frequency, 87.7, that will also play Top 40 tunes and music by queer artists.

Organizers expect the parade to last between two and three hours. The city will close intersections as the procession passes through.

The parade will make a stop at the Transgender Memorial Garden in the Grove neighborhood, with remarks about the need to rally around the Black Lives Matter movement.

“It’s going to be a moment of solidarity with our friends in other movements because they are interrelated,” Powers says.

If the Care-A-Van is a success, Powers says, it could continue next year, and maybe other cities will organize their own events. It’s a good way to bring the message of Pride into neighborhoods, he says.

What Pride Care-A-Van • When Noon-3 p.m. Sunday • Where Neighborhoods throughout St. Louis • How much Free • More info facebook.com/towergrovepride

Pride festivals are typically held in June, and many around the country have been delayed or postponed due to the coronavirus.

This is at least the fourth local Pride organization to reschedule their June festivals because of the coronavirus pandemic.

"I just want to be fabulous," said Maxi Glamour in during a Juneteenth march June 19, 2020, in downtown St. Louis.

"I just want to be fabulous," said Maxi Glamour (right) in front of St. Louis City Hall during a Juneteenth march June 19, 2020.