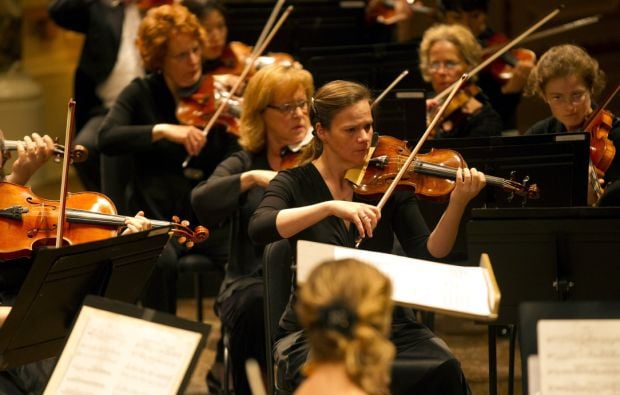 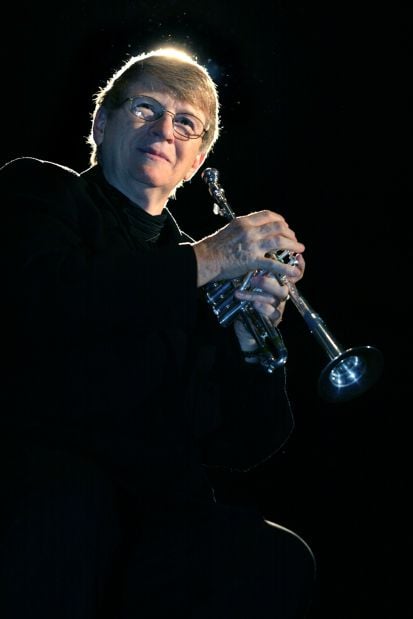 St Louis Symphony Orchestra principal trumpet Susan Slaughter, in 2009, as she prepared to step down after a 40-year career with the organization. Post-Dispatch file photo 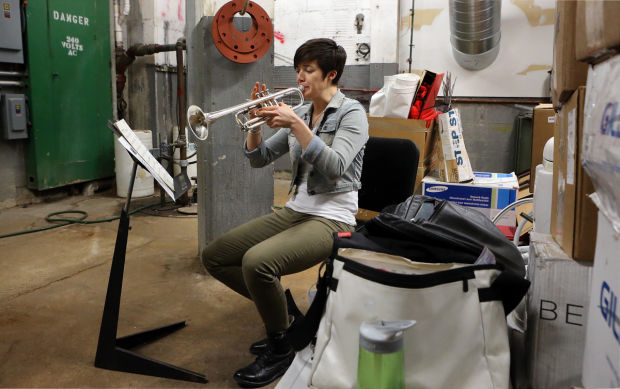 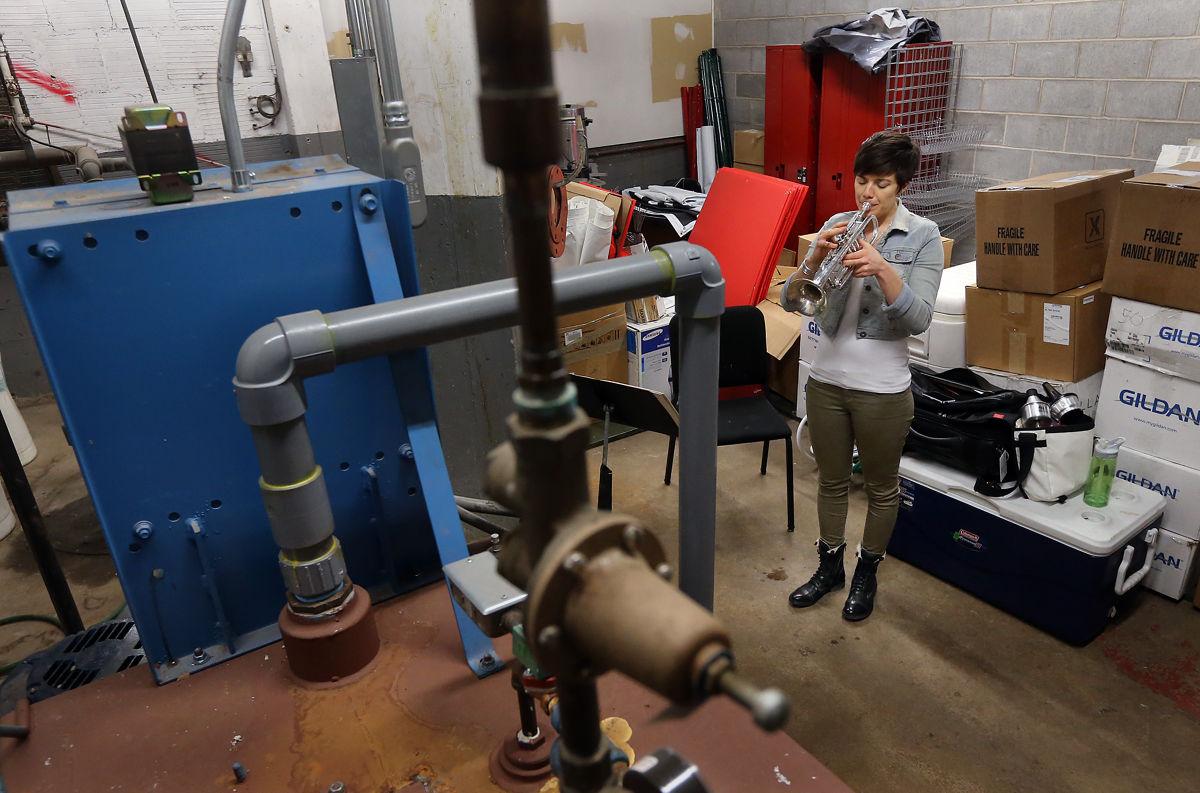 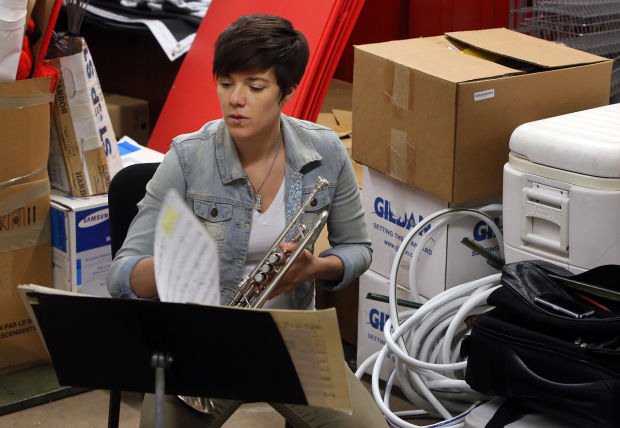 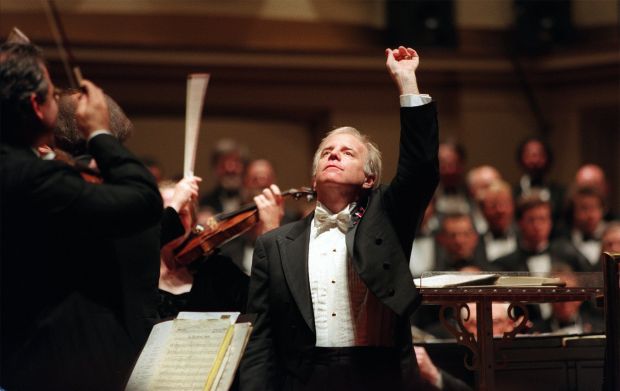 Think back to the symphony orchestra of yesteryear, as seen in Disney’s 1940 film “Fantasia”: all male, but for two female harpists.

Now take a good look at the orchestra of today: In the St. Louis Symphony Orchestra, women players outnumber the men. The numbers were 50-50 in 2011-12; women outnumbered men for the first time in 2012-13, with 46 women out of 97 musicians; and this season the breakdown is 45 men and 51 women.

Things have changed at orchestras all over the country, if not always to the extent found here. The numbers are largely due to a combination of so-called blind auditions and changing societal attitudes.

Since the mid-1970s, orchestra musicians have usually played the preliminary rounds of auditions from behind a screen, so that race and gender aren’t obvious. They walk on a long strip of carpet, so the clacking of high-heeled shoes doesn’t give anything away. It’s made a big difference in merit hiring.

For decades, music directors hired — and fired — orchestra musicians; ensembles represented their preferences and prejudices. In time, players’ committees became part of the mix. But because most of them were men, the pattern continued.

When former principal trumpet Susan Slaughter, who retired in 2010, auditioned for the SLSO in 1969, “there was no curtain,” she says. There was a players’ committee, but its members didn’t necessarily hold enlightened attitudes. Then-principal cello John Sant’Ambrogio was a member, “and when he and some of the others saw it was a woman, they got up and went to the back of the hall. They were going to get a cup of coffee, but they decided to listen for just a few measures, so they could say they’d heard me.”

What they heard in those first measures made them sit back down: Slaughter got the job. A few years later, she auditioned for the principal trumpet spot at the New York Philharmonic. Then-music director Zubin Mehta “told the committee he was not going to have a woman in the brass section.”

The traditional excuse was that women didn’t have the stamina to play a brass instrument, but in 1978, Slaughter had been playing principal in St. Louis for five years, after starting as fourth trumpet, “I’m not saying they would have hired me,” she cautions, but she wasn’t even considered.

Second clarinet Tina Ward auditioned in 1970 for the SLSO and won despite the lack of a screen. At another orchestra, she says one of the men on the committee “came back and told me, ‘You don’t sound like a woman.’”

That didn’t matter to some male musicians. “When I was signed, Larry Combs (later of the Chicago Symphony Orchestra) was signed to play principal clarinet,” says Ward, 67. “Larry didn’t want to play with a woman,” and was released from his contract. It was then offered to longtime principal George Silfies. “George was reluctant to sign because a woman was already signed for second.” He later changed his mind about women players.

Fast-forward a few decades. Slaughter’s successor in the principal chair, Karin Bliznik, 29, says that, thanks to the blind audition, “Orchestras now are doing a really good job of hiring per the person’s ability to play. It rules out discrimination, and ensures that the best person is hired. It’s a really good way of leveling the playing field.” Along with footwear tips, “I was taught to be careful what your breath sounds like. A female inhale sounds different than a male inhale.”

A veteran of several smaller orchestras, Bliznik adds that she likes the system at the Charlotte Symphony Orchestra. Most orchestras have the first rounds behind a screen and the finals without one. Charlotte has “a screen policy through the entire audition process,” Bliznik says. “When you come out from behind the screen, they have absolutely no idea who they’ve hired. It feels good.”

The changed demographic has led to a serious imbalance in dressing room space. In 1968, when the St. Louis Theater was repurposed as Powell Symphony Hall, a men’s dressing room was built under the stage to accommodate more than 90 musicians. Now there are 43, with plenty of room in which to spread out.

Meanwhile, three small dressing rooms from the theater’s vaudeville days were considered adequate for up to eight women; now 51 women share seven rooms. “We work with it very carefully,” Ward says. “Some women do not use the dressing room; some women use it as a warm-up area; some people try to stagger when they show up. If your room is occupied, you go look for another dressing room that’s open. Warm-up space in the hall is extremely limited anyway, so that’s a problem.” As a brass player, Bliznik prefers a larger space, favoring the boiler room.

Demographic changes came relatively quickly. Walter Susskind, the SLSO’s music director from 1968 to 1975, hired several women, but things really changed with Leonard Slatkin in 1979. In came the curtain and the carpet; out went preconceived notions.

The New York Philharmonic began it, after a lawsuit in the early 1970s by an African-American instrumentalist. Soon after, says Los Angeles Philharmonic president and CEO Deborah Borda, “all major American orchestras followed suit. It absolutely changed (their) composition almost immediately.”

Slaughter says, “There was a dramatic change. Once the curtain went up, more and more women were making the finals. We just had to choose the best from the people who came out from behind the curtain.”

St. Louis, she notes, “has really been a leader in hiring women and being fair, in listening and not looking. I only remember one comment being made by a conductor about a winner: ‘She’s not very attractive.’ Well, what do you want, the best player or the most attractive one?”

When Slaughter founded the International Women’s Brass Conference in 1990, to encourage professional female brass players and provide them with opportunities, “Even in my own mind, I did not think I would hear many women tuba players that were that far along. I was wrong. We all have prejudices and preconceived ideas.”

Polly Kahn, vice president for learning and leadership development at the League of American Orchestras, says that change began in the 1960s and that “at least as of 2013, about 50 percent of the league member orchestras, the country’s top 250 orchestras, have got 50 percent women, including executive directors and musicians. I think we are close to 50 percent (overall) at this point.”

In the same period, the Chicago Symphony Orchestra went from three women out of 104 musicians to 41 women out of 102 (plus four vacancies), including nine principal, associate and assistant positions.

The growing number of women reflects not only the impact of the blind audition but of changing attitudes in society.

“I felt very blessed to get the job in St. Louis,” Slaughter says. “My teacher had warned me, in an indirect way, when he saw I had signed up for a performance degree, ‘You might want to consider education.’”

Ward says,“My undergraduate teacher was very, very clear on ‘You don’t stand a chance of making a living as a professional player.’ When I graduated college, the expectation was that women would get married and have children. My graduate teacher, who was an orchestra player, did not seem to take that stance.”

“There are currently 12 Fortune 500 companies run by women. That says what’s going on around the world and how things are changing. People respond to anyone who has the capability to do their job.”

Petrenko was quoted as saying, “Orchestra musicians respond better to men at the podium. They have less sexual energy and can better focus on the music. A sweet girl on the podium makes them think about other things.”

But Kahn believes that today orchestra musicians “are hired because they are awesome players. You’re hired to make an artistic contribution.”

In the United States, gender “is now a complete and total nonissue.”

Arts Pop: Women in the orchestra

Arts Pop: P-D's Sarah Bryan Miller takes a look at women in the orchestra. Read the full story in Sunday's A&E section of the Post-Dispatch.

Special delivery for David Robertson and the SLSO

How SLSO makeup compares to other orchestras

More women take charge in orchestra offices and on podiums

It’s not only women instrumentalists whose numbers have increased, says Polly Kahn, vice president for learning and leadership development at …

St Louis Symphony Orchestra principal trumpet Susan Slaughter, in 2009, as she prepared to step down after a 40-year career with the organization. Post-Dispatch file photo