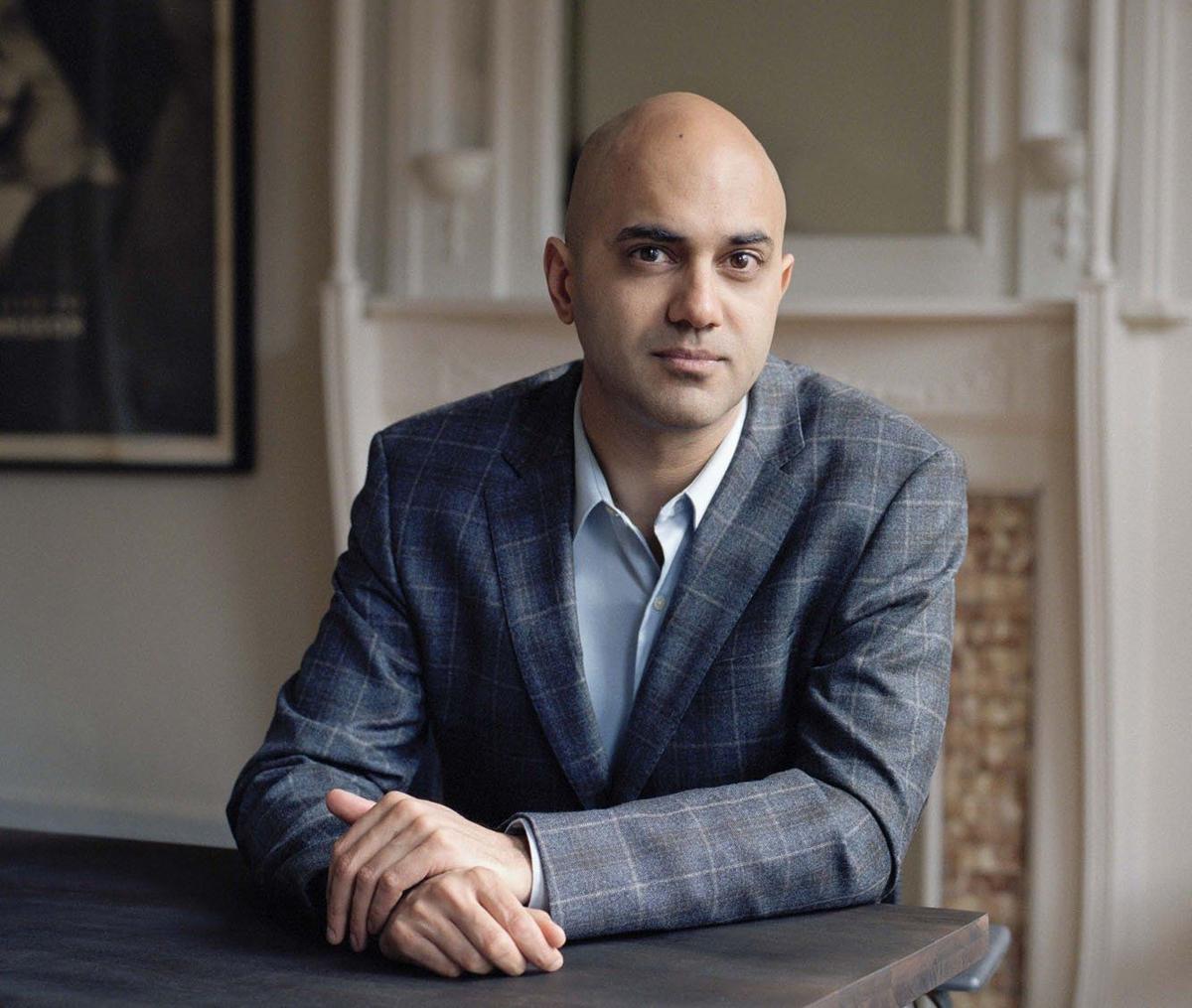 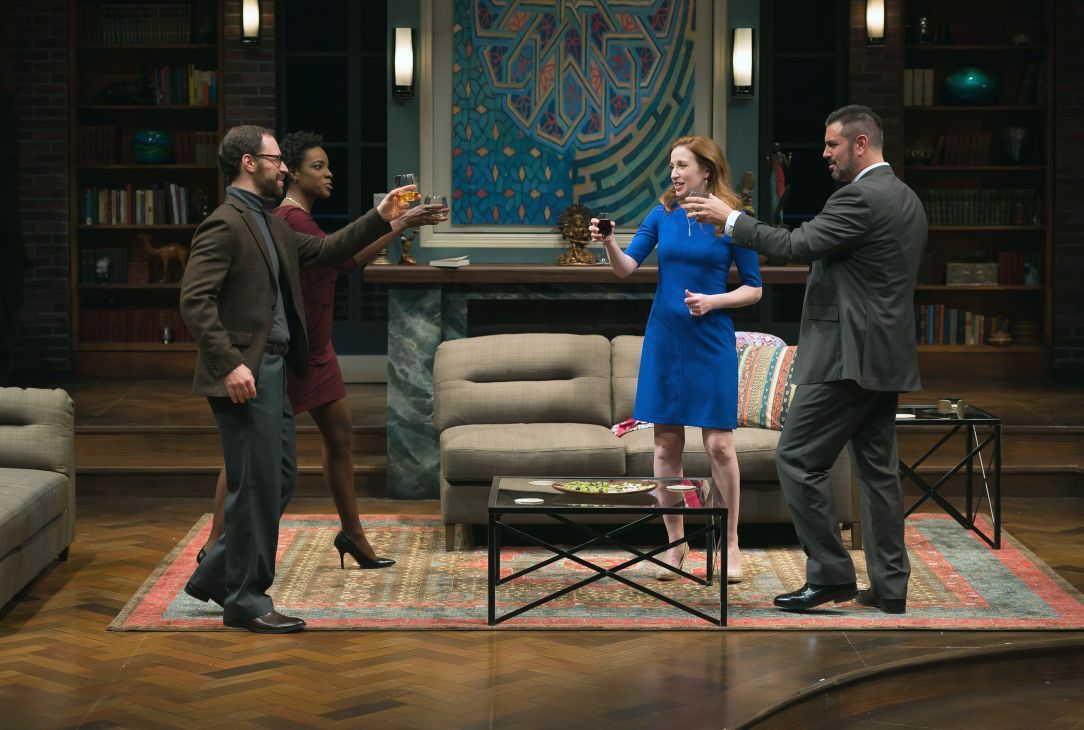 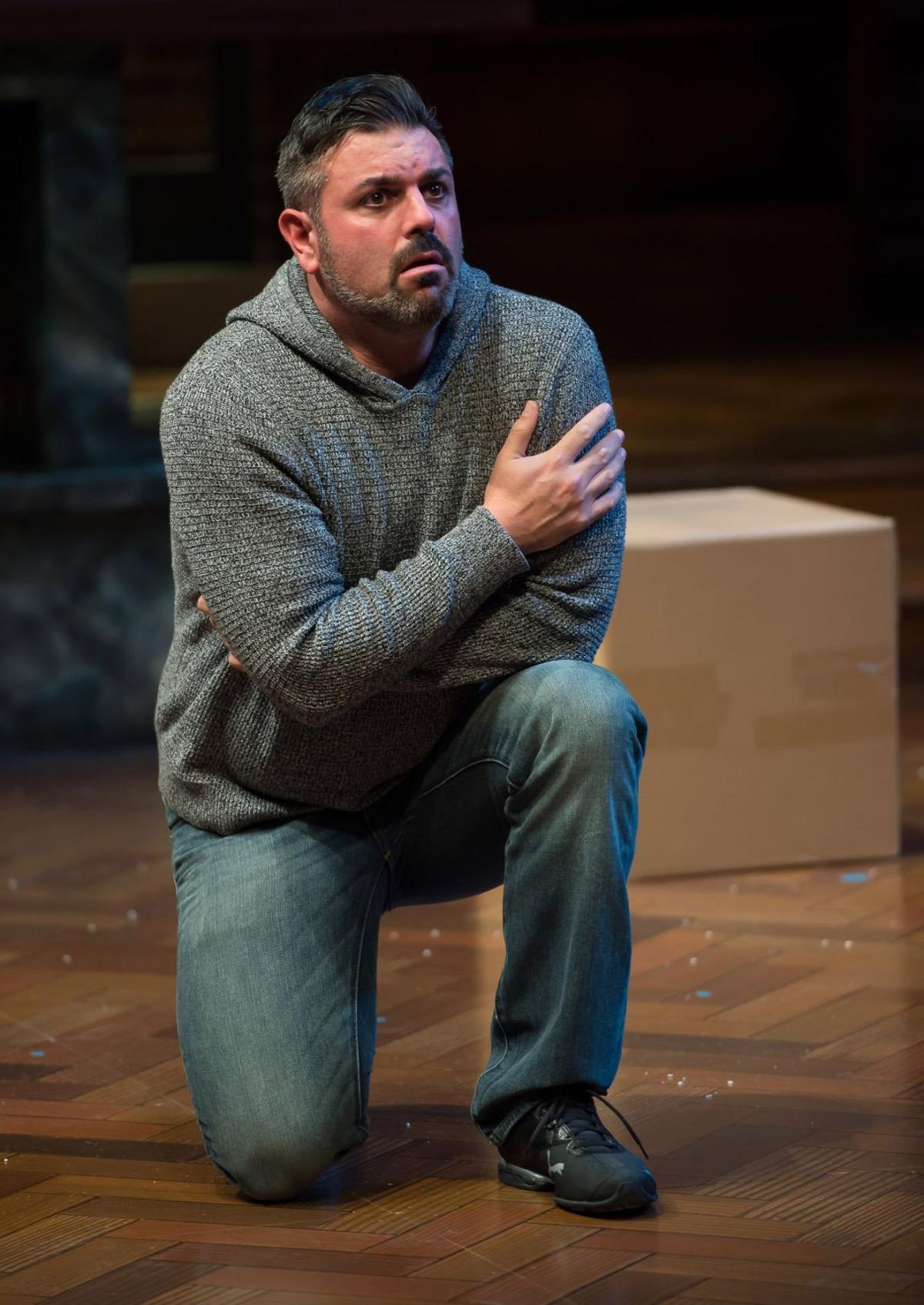 John Pasha in "Disgraced" at the Repertory Theatre of St. Louis.

Although “Disgraced” won the 2013 Pulitzer Prize in drama, playwright Ayad Akhtar doesn’t kid himself. He appreciates that his 90-minute thrill-ride through modern cultural identity is currently the most-produced play in America for reasons not entirely bound up with artistic excellence.

“It checks off a lot of boxes,” said the 45-year-old playwright and actor, in town for the production of “Disgraced” at the Repertory Theatre of St. Louis. “It has just one set. It has a small, but diverse, cast. It gives theaters an opportunity for outreach. And now it also has ... (the Pulitzer) pedigree.”

But please, he says, let’s not assume that’s the whole story. “‘Disgraced’ is an entertaining play,” Akhtar said, “and it engages its audience seriously.

“We all grapple with identity. That’s reality in a country built of immigrants, of people whose sense of identity cycles through rupture and renewal. We’re all on foundering ground.”

Because Akhtar, who was born in New York and raised in Milwaukee, is the son of Pakistani immigrants, sometimes people assume that Amir of “Disgraced” is a stand-in for the author. Not so, Akhtar says: “I think there’s enough irony in the play to obviate that.”

In no sense is Amir — a successful lawyer whose marriage and career crumble in a welter of ethnically charged accusations and decisions — a heroic character.

It may be that Amir and his naïve, religious nephew Abe don’t present the Muslim world in a flattering light. But Amir’s WASP wife, a painter named Emily, is naïve too, and their Jewish friend Isaac is no hero, either. Only Isaac’s wife, an African-American lawyer at Amir’s firm, seems really admirable — and she says she’ll always pick order over justice.

In other words, this is a play about people, all flawed and all sympathetic, not about cultural stereotypes (though stereotypes affect how others see them, and how they see themselves). That’s just what Akhtar says he had in mind.

He knows that Muslims, in particular, have found the play offensive, something he says he understands but cannot help. “The Irish hate Frank McCourt, the Jews didn’t always like Philip Roth,” said the writer, a slim, dapper man with a shaved head. “My job is not to be a PR guy. It’s to move the conversation in my country. The job of the artist is to provoke pangs of conscience, to make people confront their own issues.”

Akhtar was especially pleased that the widely produced drama is at the Rep, under the direction of Seth Gordon. Four years ago, Gordon, the theater’s associate artistic director, gave Akhtar a big break.

“Seth was the first person to give me a professional theatrical production” when he directed “The Invisible Hand” in the Rep’s Studio Theatre in 2012. Since then the play, which deals with the overlapping worlds of terrorism and finance, has been produced elsewhere.

In addition, Akhtar’s novel, “American Dervish,” has been translated into 20 languages. He also co-wrote and starred in the movie “The War Within,” co-starred in the HBO movie “Too Big To Fail,” and wrote a third play, “The Who and the What.”

His newest play, “Junk,” returns to the themes of financial colonialism that first emerged in “The Invisible Hand.”

“We are living the ideology of late capitalism, with all the trappings of a myth,” Akhtar said. “Purchase is a cultural ritual; money is the vital expression of American will.

“Greed erodes the social tapestry, and makes people on all sides look for easy answers. Although greed is an enduring human affliction, now it’s the central story of our times. We can’t just turn a blind eye.”

Seeing the play performed brings out its nuances.

Judith Newmark: American writers tell their stories and answer only to themselves

Jewish Americans have weathered years of battles in the ethnic-theater arena.

John Pasha in "Disgraced" at the Repertory Theatre of St. Louis.