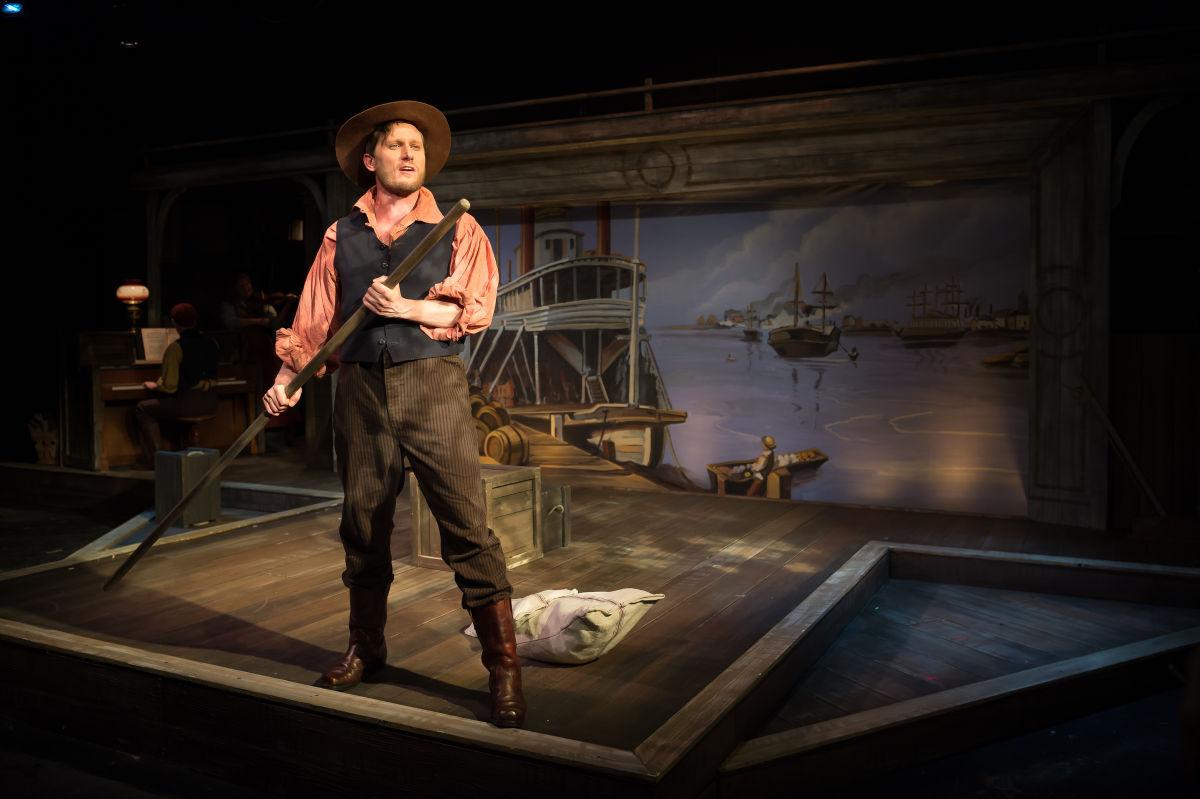 In "Georama," 19th-century artist John Banvard travels (PJ Griffith) down the Mississippi, sketching the landscape as he goes. It's nominated for outstanding production of a musical. Photo by Peter Wochniak 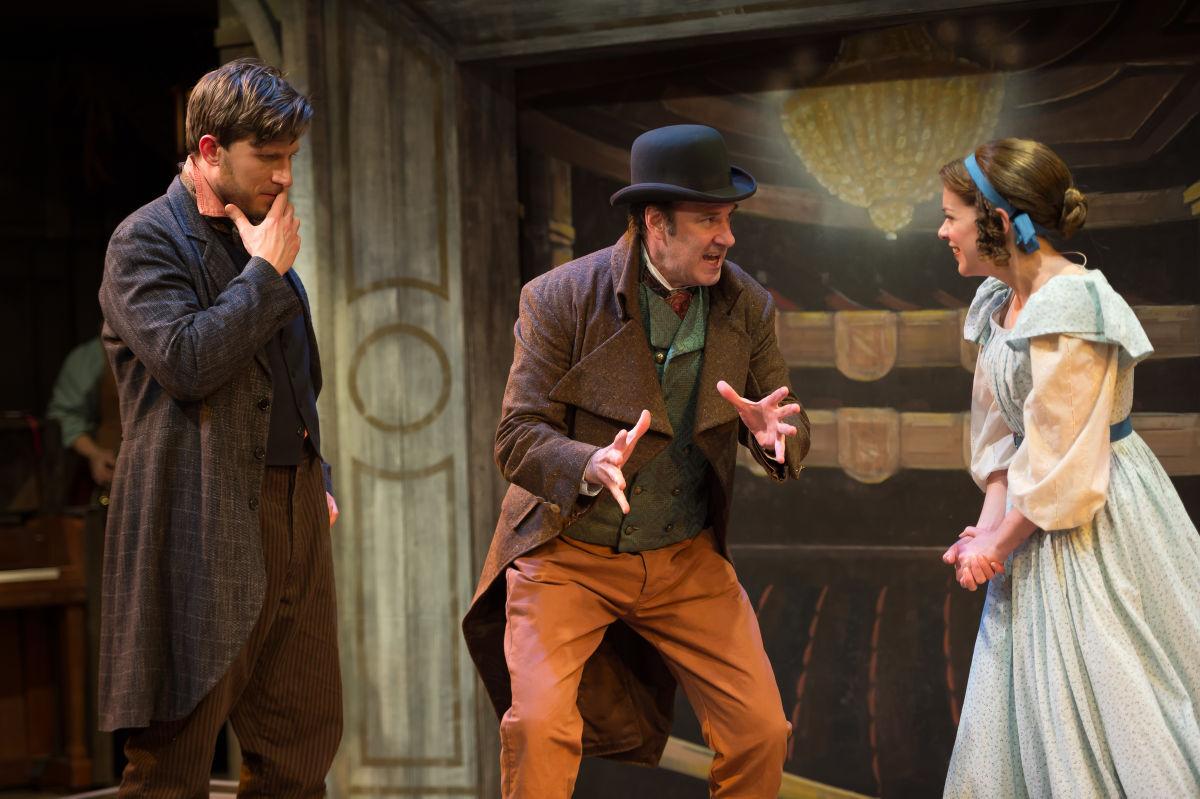 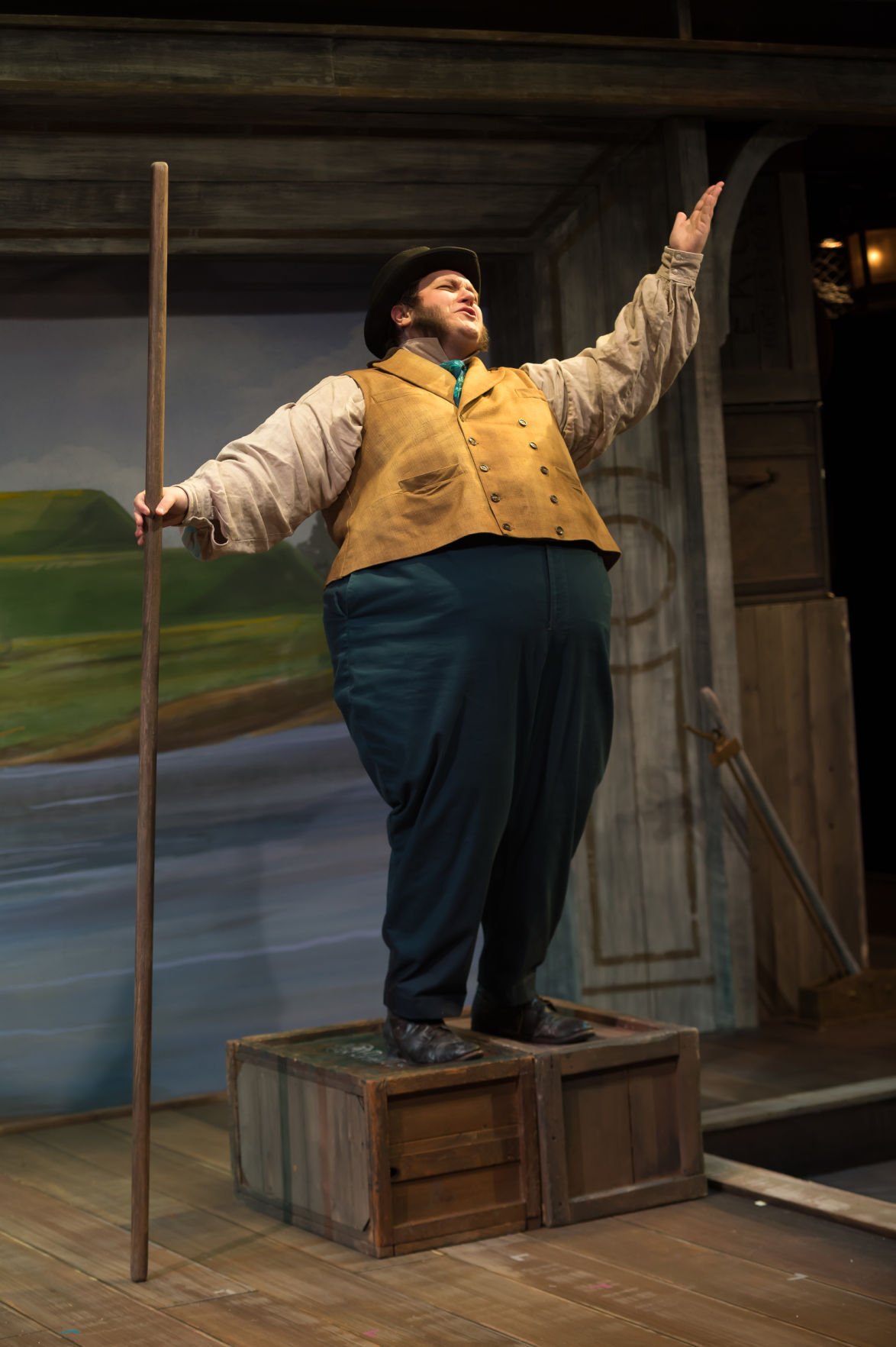 In elementary school, sometimes you get to see a play. Most kids love that, maybe for the break in routine or maybe because theater always implies a little bit of magic.

“Georama,” the musical making its world première at the Repertory Theatre of St. Louis, echoes those plays, in ways positive and otherwise.

Like many plays aimed at young audiences, it’s short, easy to follow, historical (more or less) and full of music.

Also like many of them, it has songs (in this case by Matt Schatz, with additional music and lyrics by Jack Herrick) that are, at their best, quite lively. But other songs simply meander; at times the singers seem to make up the tunes on the spot.

Still, the character who learns that lesson, painter John Banvard, is played by a handsome charmer, PJ Griffith. Though Banvard wields pencils and paintbrushes instead of rifles and knives, Griffith endows him with the romantic dash of a pioneering American hero, breaking ground on unexplored frontiers.

And Banvard did break ground. Born in New York, he headed West to travel the Mississippi from Minnesota to Louisiana. From his boat, he sketched the landscape, eventually transferring those sketches to large-scale canvas images.

Once he invented a machine that could present this landscape (said to be three miles long) on a moving scroll, Banvard had his “Georama.” In the mid-19th century, it was a sensation, drawing audiences wherever it toured. Even Queen Victoria had to see it. But success almost came at too high a price.

“Georama” writers Schatz and West Hyler, who also directs, come to their story with a big built-in advantage: History has largely forgotten Banvard, hailed in the bright opening number as “the most famous man that nobody knows.”

The music director, Jacob Yates, and musician Emily Mikesell add plenty to “Georama,” playing a host of instruments, singing, even taking small parts. Dressed by costume designer Ann Wrightson in frontier fashions, they slip right into the ensemble and deepen the show’s texture.

But the show’s signal triumph is its set, designed by Scott C. Neale. The action takes place in front of a frame, like the frame around an old-time stage. Within the frame, a series of painted images roll past us, depicting the Mississippi River Valley and other places in Banvard’s life.

A triumph of design and engineering, Neale’s set turns into the kind of show that thrilled Banvard’s audience. Even though we are familiar with (bombarded by?) its modern descendants, we can appreciate its appeal. To our eyes, these “moving pictures” look genuinely artistic.

Lots of people, including kids, can enjoy this production. But you know who really needs to see it? Teachers in charge of school musicals.

With a chorus that would be a snap to enlarge and a virtually unknown story, “Georama” would make a fine, fresh choice for young actors. But they’d probably need to settle for a simpler set.

Adele reveals the wise advice she'd give to other musicians

Adele reveals the wise advice she'd give to other musicians

Rep's 'Georama' takes theatergoers on a ride down the Mississippi

A 600-foot-long set design at the Rep reveals the soul of a world-premiere musical, "Georama"

In "Georama," 19th-century artist John Banvard travels (PJ Griffith) down the Mississippi, sketching the landscape as he goes. It's nominated for outstanding production of a musical. Photo by Peter Wochniak