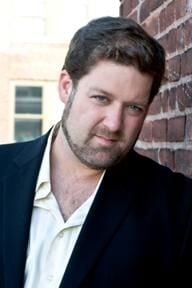 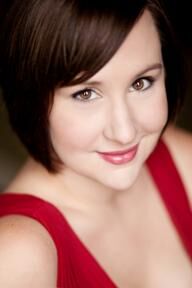 Giuseppe Verdi ﻿wrote only two comedies in his long and busy career. His second comedy and the last of his operas, “Falstaff,” is a work of genius. Last weekend, Winter Opera St. Louis took on “Falstaff” in a mostly successful production, seen Sunday afternoon at Chaminade’s Viragh Center.

Based on Shakespeare’s “The Merry Wives of Windsor,” “Falstaff” demonstrates the perils of wooing two women at once, particularly when they happen to be both intelligent and best friends; hilarity and humiliation ensue.

The opera is tuneful and filled with can’t-miss moments; it’s an ensemble piece that demands good singing, good acting and good humor. It had all of those things in good measure, in more generous quantities from the women than the men.

The real find in the cast was soprano Katy Lindhart as Nanetta. She has a beautiful, well-trained voice, consistent from the lower through the upper ranges, and a sparkling stage presence. As her mother, Alice, soprano Kathy Pyeatt was the requisite smart cookie, with a great voice and a knack for physical comedy.

Mezzo-soprano Claudia Chapa was hilarious as Dame Quickly, go-between extraordinaire. Chapa is a true and talented mezzo but should be careful not to darken her voice artificially: It will come on its own with time. Mezzo-soprano Kate Tombaugh was a delight as Meg Page.

Marc Schapman was a limber, funny Bardolfo, holding the stage with seemingly no effort; oddly, the makeup department didn’t give him the requisite plum-like nose. Tenor Dustin Peterson was fine as Nanetta’s love, Fenton, although his high notes didn’t always connect well with the lower ones. Baritone Ron Loyd was vocally inconsistent as Ford but amusing in his scene with Falstaff.

Tenor Zachary Devin didn’t let his too-obviously-fake nose get in the way of his portrayal of the buffoonish Dr. Caius, and sang and acted strongly. Adam Stefo’s Pistola had a good voice, but he was physically wrong for the role.

That’s because Stefo is considerably larger than Andrew Stuckey, the Falstaff. Falstaff should dominate the stage, physically and dramatically, giving the other characters cause to respect him and the audience reasons to care about him and the scrapes in which he finds himself. Blame for Stuckey’s relatively svelte Falstaff can be laid at the door of costume designer JC Krajicek, but the singer, while vocally fine, just didn’t have the oversized personality and comic gravitas to carry off his role.

Music director Steven Jarvi conducted with a sure hand and a great sense of the score. The orchestra has improved under his leadership; it can still be better. Scott Loebl’s faux-Tudor unit set worked well until the last scene; Herne’s Oak should be more than a shadowy suggestion of branches. Stage director Dean Anthony was a little slapstick-happy but kept things moving amusingly.