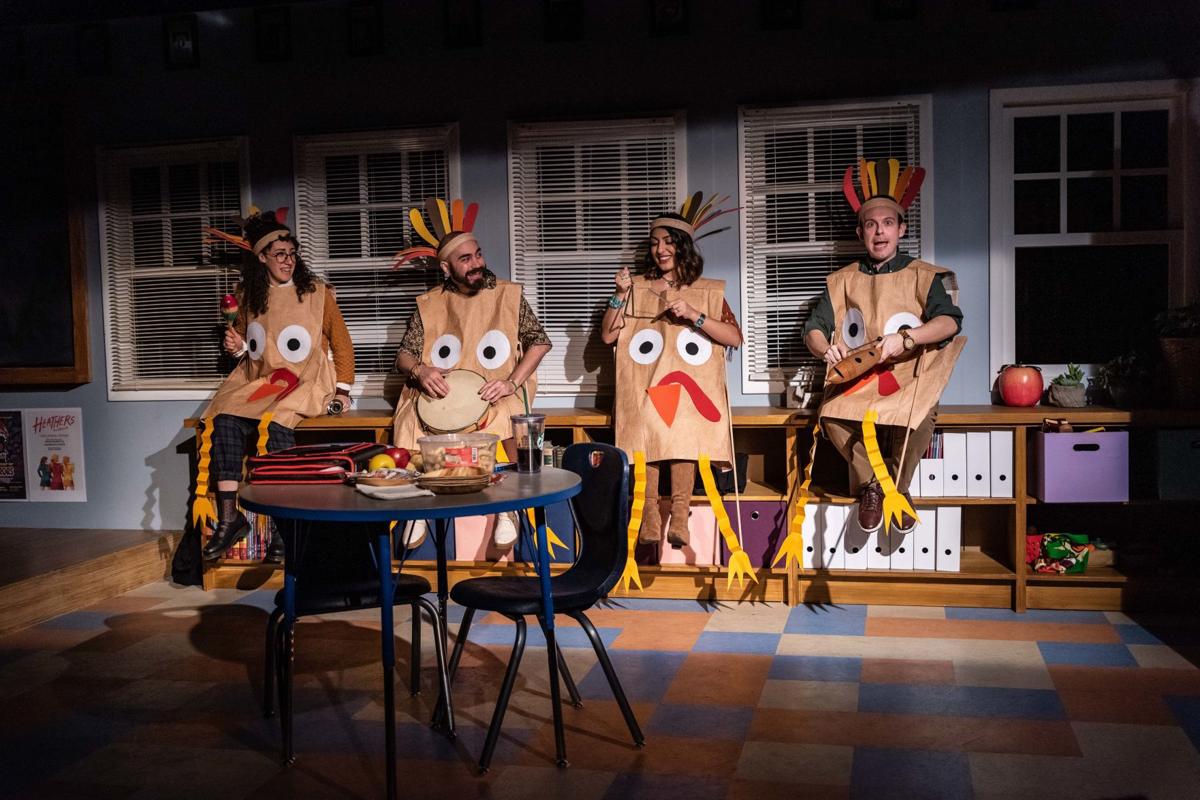 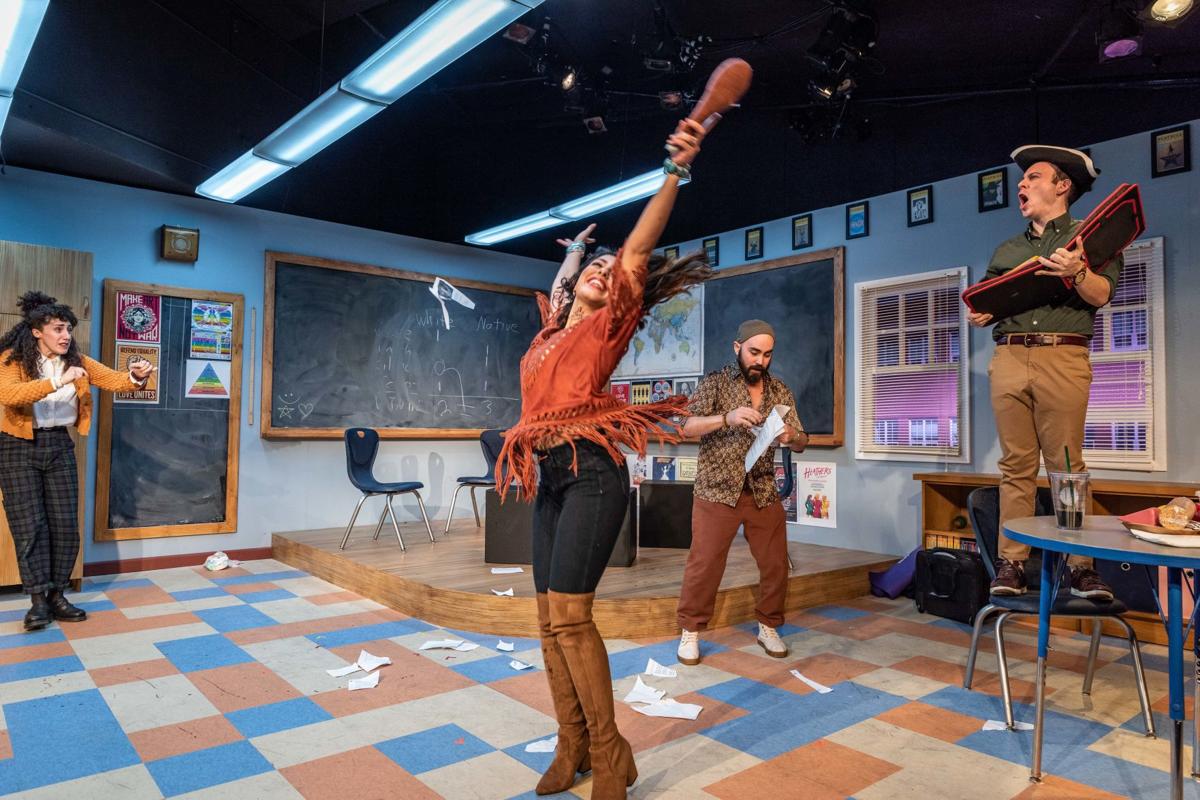 These are challenging times in America, as playwright Larissa FastHorse acknowledges in “The Thanksgiving Play,” the hilarious and insightful comedy running through Feb. 9 at the Repertory Theatre of St. Louis.

Race, gender and politics are minefields, and words are weaponized. Say the wrong thing, and the consequences can be costly. At the very least you might find yourself unfriended.

Understandably, folks can be sensitive about such matters. But as FastHorse wryly observes, sometimes they go too far.

Logan has even hired the self-absorbed Alicia (Ani Djirdjirian) to take a break from pursuing roles in Los Angeles and authentically portray a Native American. But things don’t go according to plan — largely due to a revelation that has Logan scrambling to come up with an alternative approach to indigenous people and Pilgrims.

Q&A: The Rep serves up a satirical feast with 'The Thanksgiving Play'

FastHorse’s satire is incisive but affectionate, maintaining a tone somewhere between “Doonesbury” and Dorothy Parker. And her comically flustered characters are at once quirky and recognizable.

Director Amelia Acosta Powell brings energy and invention to the proceedings, and the cast is terrific.

It’s a good bet that quite a few theatergoers are exactly the kind of people whom FastHorse is lampooning. But to quote a famously divisive reality-show host turned politician, “That’s OK.”