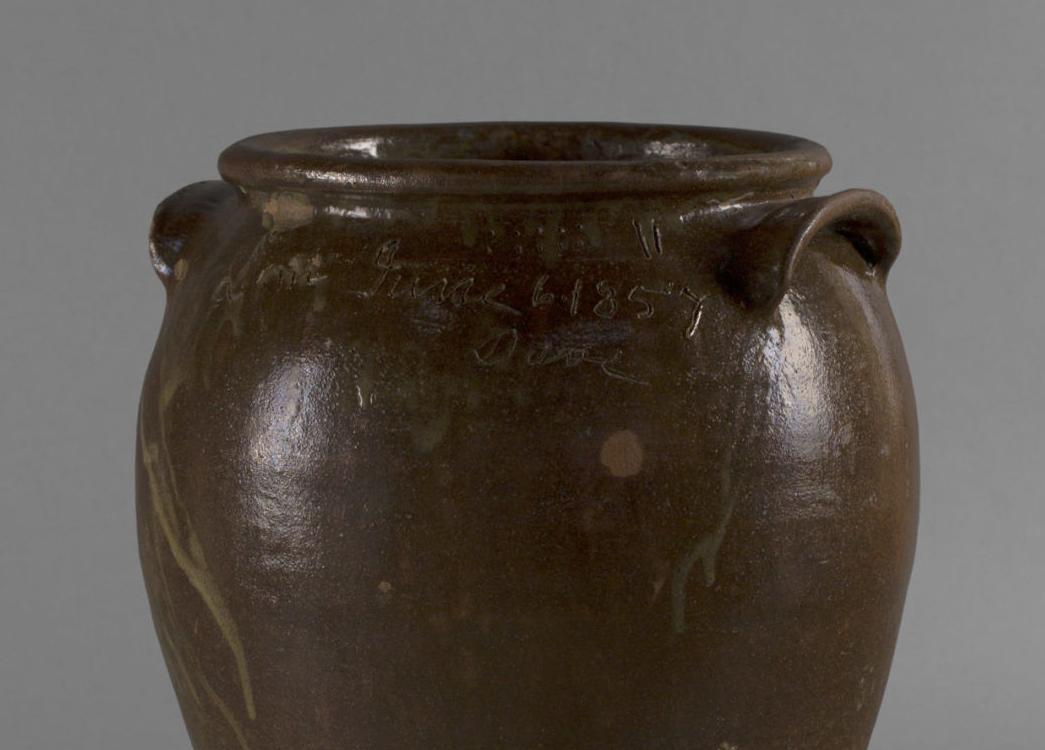 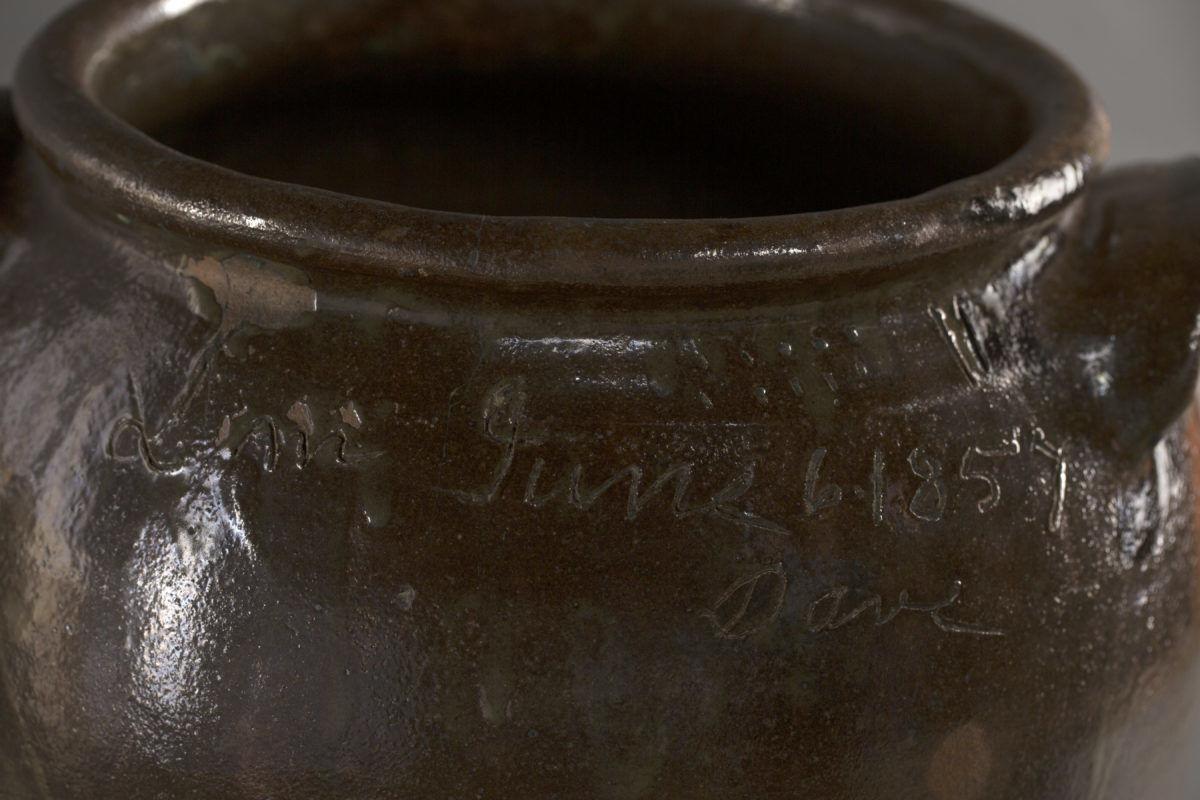 Detail of the signature on the 1857 jar by David Drake.

A vessel by enslaved artist David Drake, one of the 19th century's most important American ceramicists, has been acquired by the St. Louis Art Museum, the institution announced Wednesday.

Acquiring such a work has been a priority for many years, Brent R. Benjamin, the museum's director, said in a news release. The museum paid $155,000 for the jar in December.

“The acquisition of this extraordinary vessel underscores the Saint Louis Art Museum’s ongoing commitment to acquire exceptional works of art by African American artists,” Benjamin said. “This work will enrich our galleries, and it will allow us to present an expanded history of early American art.”

The museum plans to put it on display later this year.

Drake, also known as Dave the Potter, was born in South Carolina about 1801. He produced household items such as jugs, pitchers and jars to hold a plantation's food and liquids. He was literate and signed his work, sometimes including verses.

"Today, these inscriptions are seen as defiant expressions of literacy, authorship and creativity in the face of slavery," according to the museum's release.

The museum's 10-gallon brown vessel is dated June 6, 1857, and signed "Dave." Near the rim are initials Lm, which indicate Lewis Miles, Drake’s enslaver and the proprietor of the Stoney Bluff Plantation, where Drake labored from 1849 until Emancipation, the museum says.

He died sometime in the 1870s, having lived near Edgefield, South Carolina, and working in its pottery factories most of his life.

The museum purchased the jar from an art dealer, Robert Hunter, in Yorktown, Virginia. ​

The Fine Arts Museums of San Francisco reportedly set an auction record in November for a David Drake jar dated 1834. It paid $369,000 at auction.

"Origami in the Garden" features 18 large-scale installations, with "Master Peace," a tower of 500 cranes, situated in the main pool in front of the Climatron.

The shows April 16-18 highlight the African American experience through dance, showcasing an artistic perspective of “struggles, tragedies and triumphs."

Detail of the signature on the 1857 jar by David Drake.