St. Louis arts organizations bring diversity and inclusion to the forefront
0 comments
Share this
{{featured_button_text}}
1 of 5 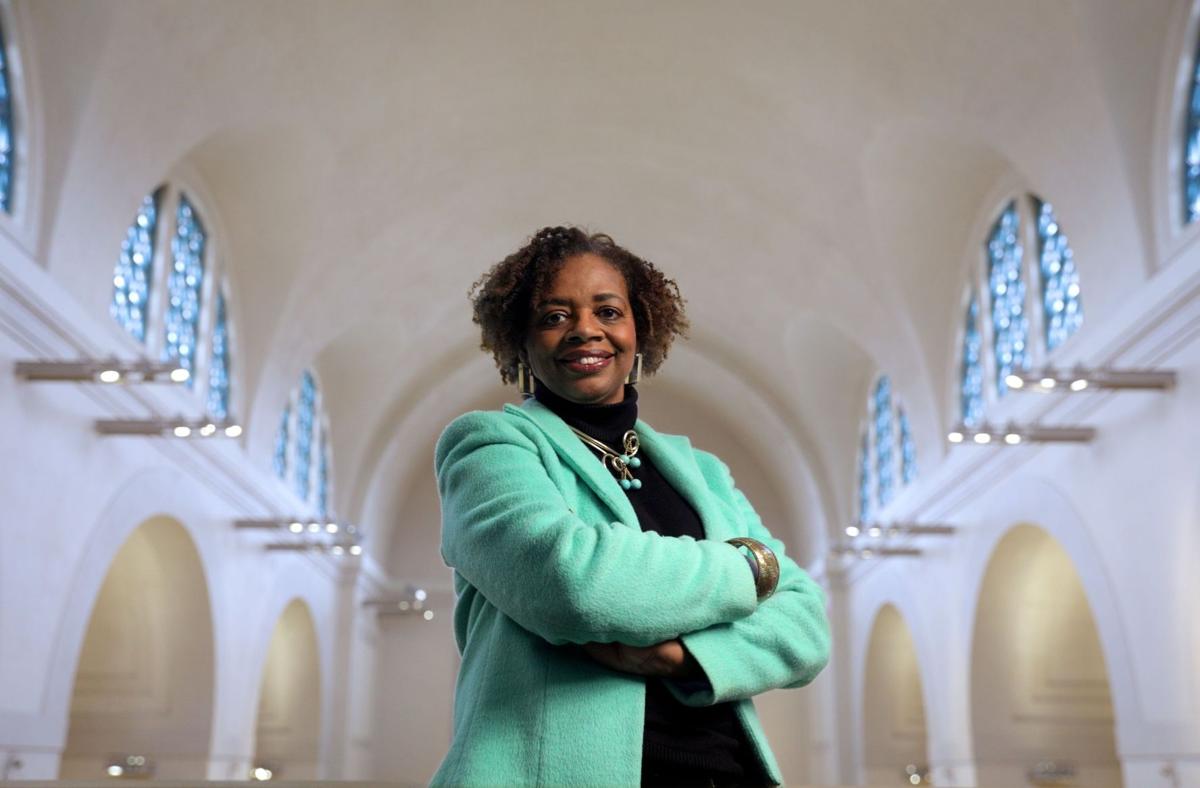 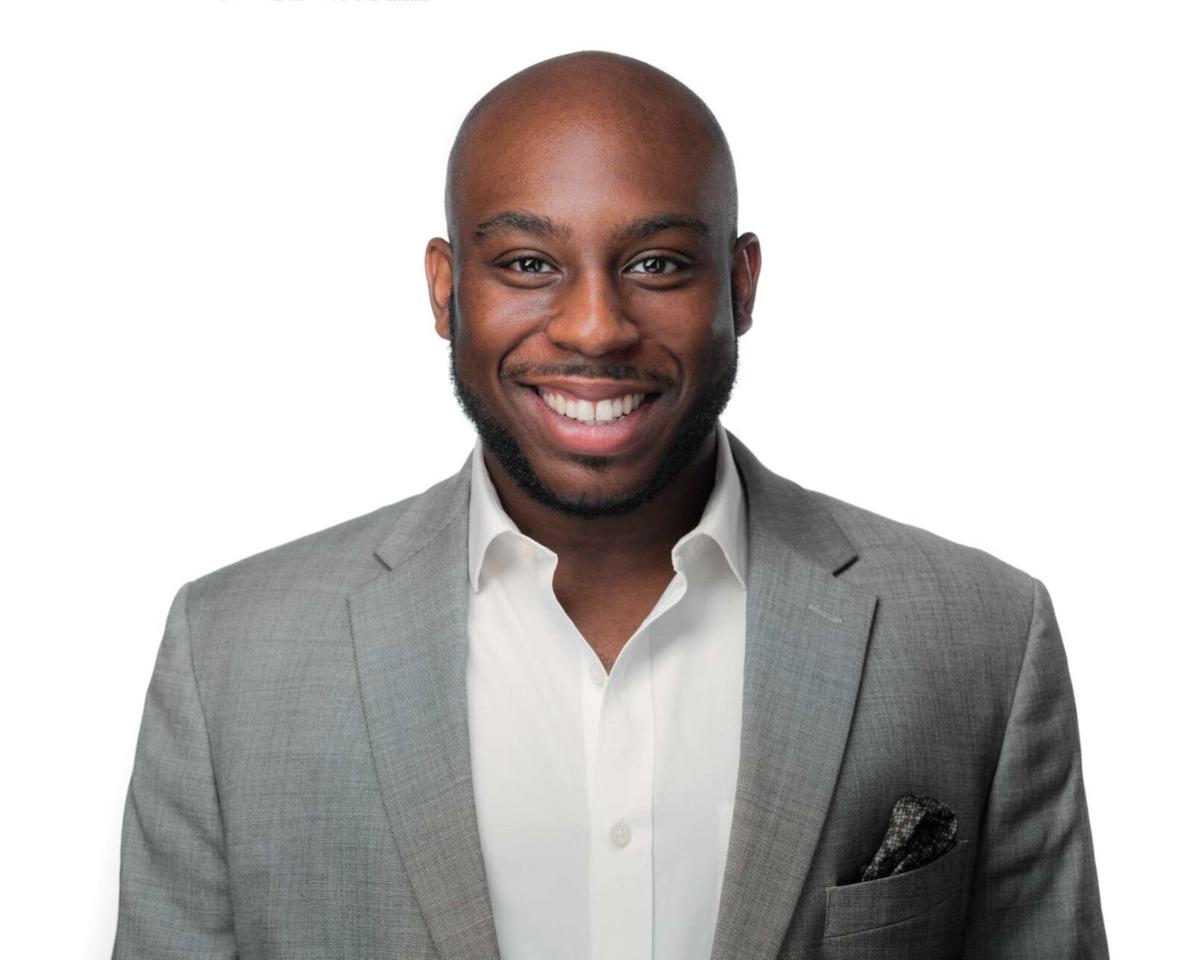 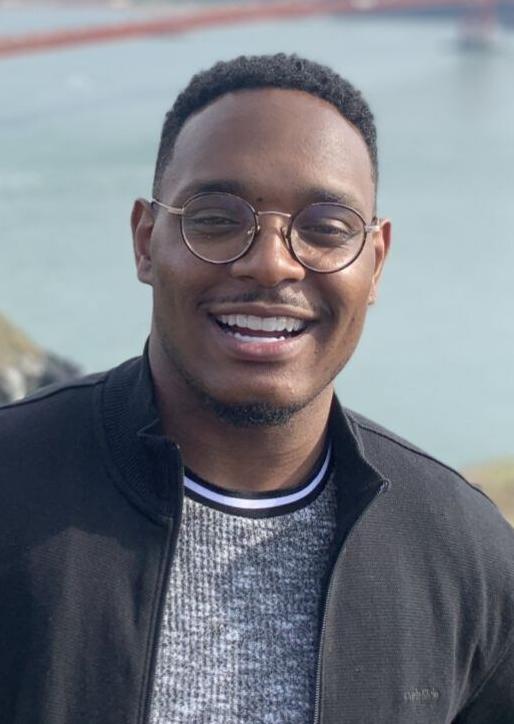 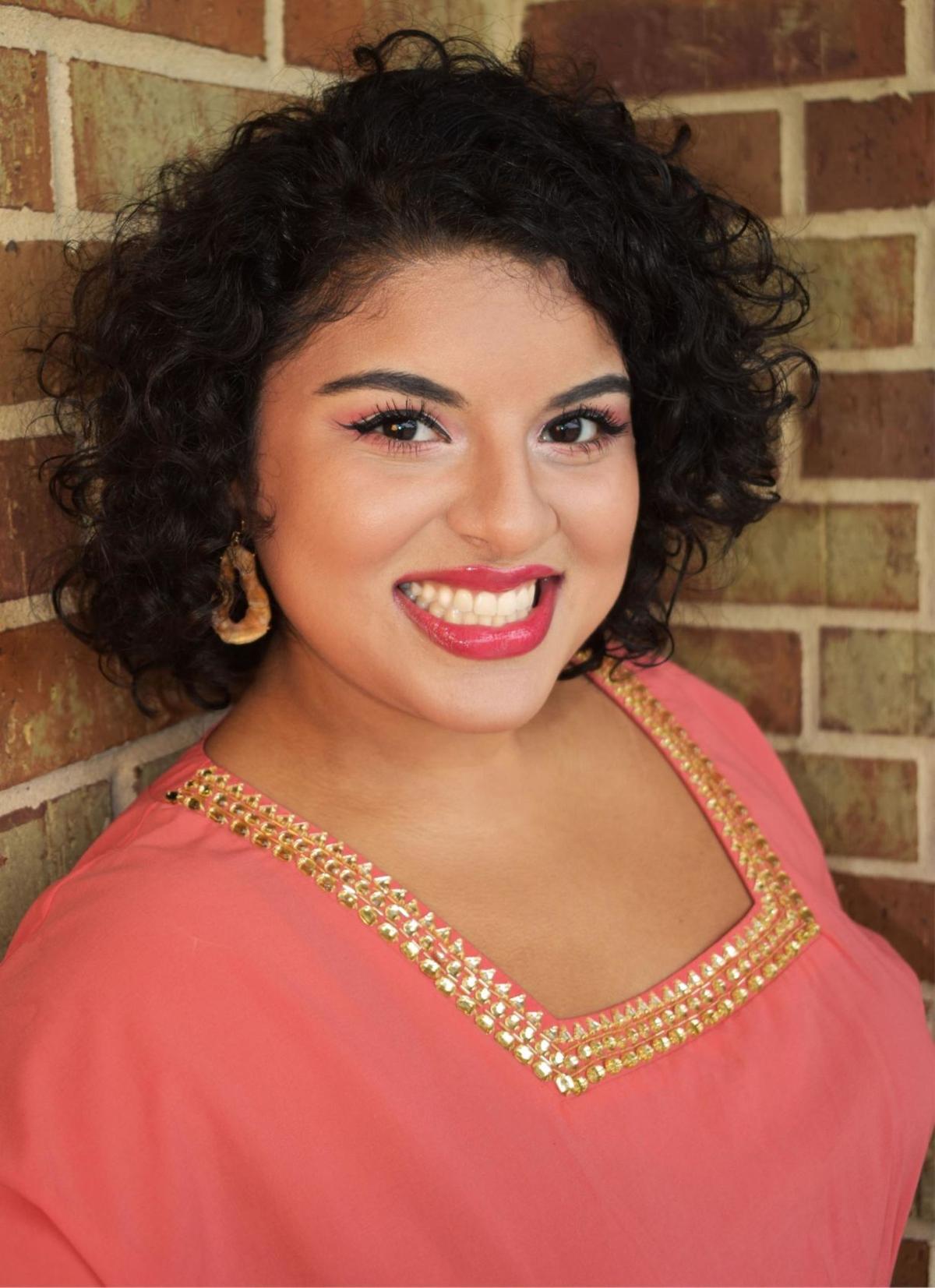 George Floyd’s brutal death in May was a wake-up call for folks who assumed that, in the post-Obama era, America had largely moved beyond its history of racial injustice. The sight of a policeman’s knee on a Black man’s neck for more than eight excruciating minutes prompted outrage, disbelief and disgust. And suddenly, even corporations that normally stay far afield from politics were proclaiming solidarity with the Black Lives Matter movement.

Particularly vocal have been arts and cultural organizations, which released statements pledging to fight racism and stand up for equity, diversity and inclusion. And some have embarked on initiatives that back up their words.

Institutions prioritizing those efforts in St. Louis include the Missouri Botanical Garden, which has hired former Nestlé executive Amanda Shields as its first director of diversity and inclusion.

“This is a new role, and a new focus, for the garden,” says Shields, who joined the staff in February. “So I think it’s really important for me to spend some time listening and discovering and talking to all of our stakeholders — from our staff, to our visitors, to our donors. To really understand the unique strengths that we have as an organization.”

Shields says that she’s interested in pursuing new ways in which the Missouri Botanical Garden can engage with the community.

“When you think of things like horticulture and conservation, those things are universal,” she says. “What we would look at as an institution would be: Do we have programming, do we have an environment, in which people from different backgrounds feel that there is something for them to connect with?”

She cites the Japanese Festival and Chinese Culture Days as garden events that have embraced cultural inclusion.

“Certainly, the garden has had many initiatives over the years that address diversity and inclusion,” Shields says. “But one of the things about bringing a bigger focus to that, is just making that commitment to build a more strategic approach to how we’re addressing those topics.”

The program seeks to reach out to worthy candidates who might not otherwise find their way to the organization, says OTSL general director Andrew Jorgensen.

“The way that opera companies — and, I think, theater companies in general — have recruited is that we live in a field that is heavily governed by existing connections,” Jorgensen says. “You hire people who went to the same conservatories as you did, or who have worked at other opera companies where you’ve worked.

“My hope for this fellowship is that we are using the power of Opera Theatre’s platform to bring candidates into our company and to help them develop networks,” he says. “So that as they go forward, they are not just positioned to start careers in this field, but really positioned to accelerate their journeys toward leadership.”

The inaugural Future Leaders Fellowship class began in January, with each fellow specializing in an Opera Theatre department: Lyanne Alvarado (administration), Quentin Beverly (advancement) and Chandler Johnson (artistic). Their class ends July 30, but plans for the 2021-22 fellowship call for it to be expanded to 10 months.

Also in the spirit of cultural diversity, Opera Theatre has created the Voices Fund: A Path for Empathy, Dialogue and Change. The first project under that banner was “Songs for St. Louis: A Concert in the Commons,” produced in conjunction with the Nine Network and broadcast in November.

“We were able to take money that was originally designated for our 2020 gala, which of course was canceled, and repurpose those dollars to create a fund that will support projects that foster dialogue, community connection and equity,” Jorgensen says.

Opera Theatre’s Future Leaders Fellowship, he says, takes inspiration from the Romare Bearden Graduate Museum Fellowship, a St. Louis Art Museum initiative that was established in the early 1990s and has been at the forefront of promoting diversity, equity and inclusion. Fellows receive experience in various museum functions and are mentored by senior staff.

Renée Brummell Franklin, who was recently promoted to chief diversity officer for the museum, says the Bearden fellowship — named for the esteemed African American artist — has indeed served as a model for similar programs at other institutions. And as an example of transforming words into action.

“All institutions are a reflection of the racial inequities in our country,” she says. “You can’t operate in isolation. What I would say is, we were doing work (toward diversity and inclusion) before last summer, and we have continued to do work.”

In August, the St. Louis Art Museum Diversity Study Group submitted a plan to the museum’s Board of Commissioners addressing issues related to diversity.

Franklin, who previously was the museum’s director of audience development, says the fellows gain access to “the skills, and the networking, and all of the knowledge that you need to move on” to a successful career in the world of art museums. Alumni have become curators, educators and development directors at notable institutions including the Art Institute of Chicago and the National Gallery of Art in Washington, D.C.

As director Brent Benjamin readies for retirement, the institution looks at additional challenges.

“We’ve certainly been looking inward and taking stock of how far we have to go — and in how many areas,” Ridgely says. “We have a lot of work left to do.”

That work includes building an audience that reflects the multicultural composition of the St. Louis region, he says. In addition to putting on Shakespeare plays in Forest Park, the organization has in recent years ventured into various locations around the city — staging works such as “Dress the Part” (a hip-hop comedy inspired by “The Two Gentlemen of Verona”) in the Grove and “Such Sweet Thunder” (a collaboration with Jazz St. Louis and the Big Muddy Dance Company) in Grand Center.

“Obviously, we pride ourselves on being a festival for St. Louis — all of St. Louis,” Ridgely says. “But we have to admit that our audience is still, by and large, a white audience. For that to change, we have to change almost everything that we’re doing, and I think that’s a real opportunity.”

The call for change issued by the We See You White American Theatre movement — created by theater artists of color to address longstanding racial and cultural insensitivity and injustice on and offstage — “has really transformed the theater world,” he says.

“It came out at a time when everyone was thinking about and talking about and wrestling with the history of racism and white supremacy in the American theater,” Ridgely says. “Our staff started making a plan, right away, that looked at every level of the organization. Really trying to figure out, who are we working with, where are we not reflecting the full diversity of St. Louis, and where are we putting our resources? So we created a lot of goals around each one of those areas, and are now working through that with our board to try to formalize that into something that we can officially adopt.”

Hana S. Sharif, artistic director of the Repertory Theatre of St. Louis since 2019, says her company has “been in ongoing discussions about what it means to be actively antiracist. And that’s an important and complicated conversation, but one that I’m really proud that our organization hasn’t shied away from having.”

Work as artist-in-residence will include writing, collaborating with staff and connecting with the St. Louis community.

Just one of the Rep’s diversity initiatives is a three-year artistic partnership with actor-director-playwright Regina Taylor, who starred in the television series “I’ll Fly Away” and “The Unit.” Taylor is a participant in the National Playwright Residency Program.

The Rep, Sharif says, is “looking to be a theater that is more welcoming and inclusive. That continues to encourage new voices, that is reflective of the full spectrum of our community, and that fundamentally believes that we benefit from listening to, learning from and supporting all artists, all patrons and all staff members. And we welcome the complexity that comes with expanding that reach.”

Watch now: Is 'Squid Game' enough to turn around chatter about Netflix?

When live theater returns, will audiences be comfortable gathering?

With the rollout of vaccinations, theater and dance artists are optimistic that in-person performances can resume before the end of the year.

The St. Louis Art Museum has announced its next director, Min Jung Kim, the first woman to lead one of the city's most admired cultural institutions.

Fellows receive a full-time salary and benefits as well as mentorship and networking opportunities. 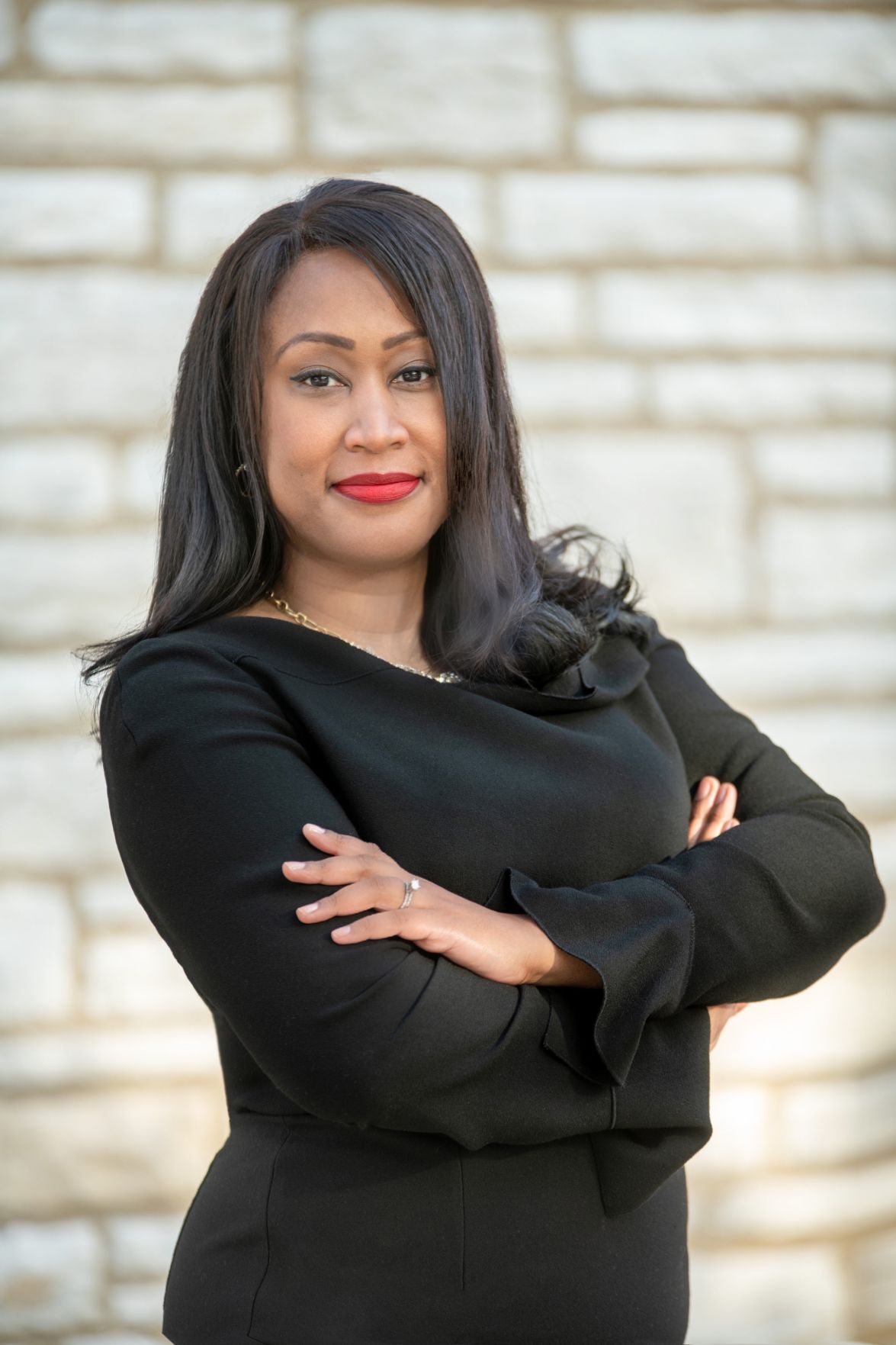 Amanda Shields, director of diversity and inclusion for the Missouri Botanical Garden 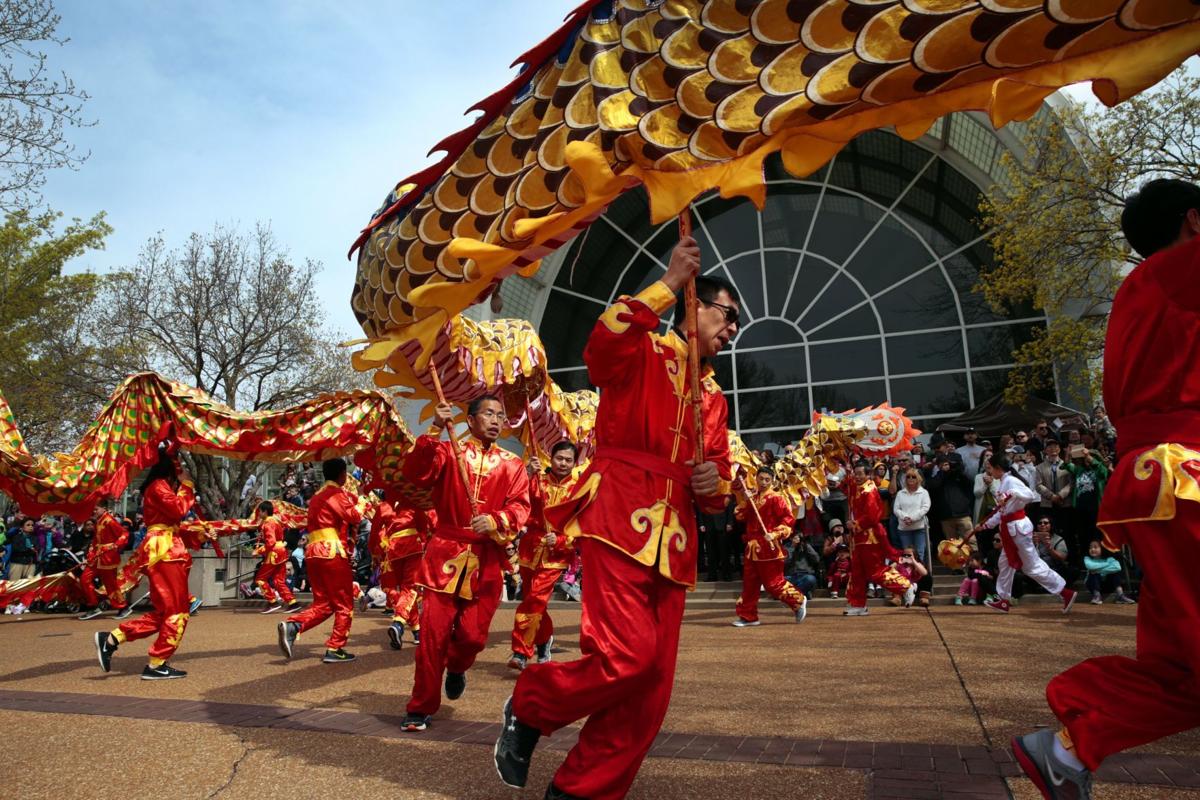 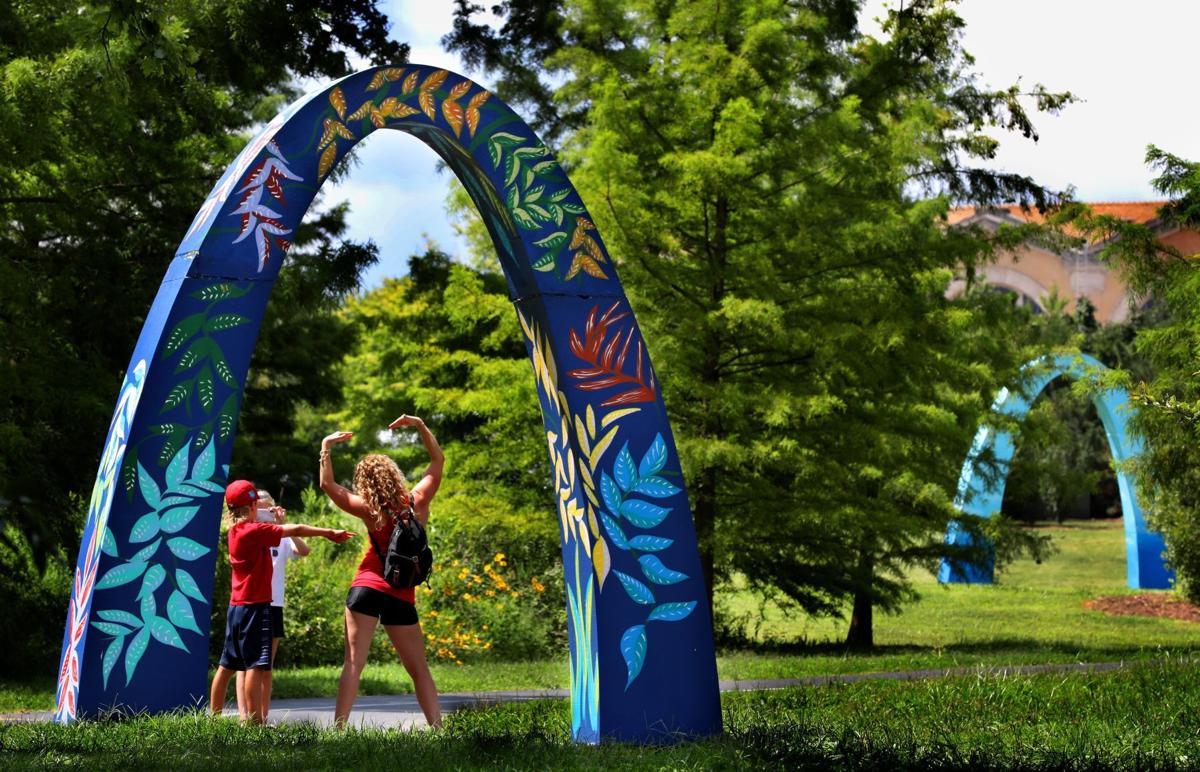 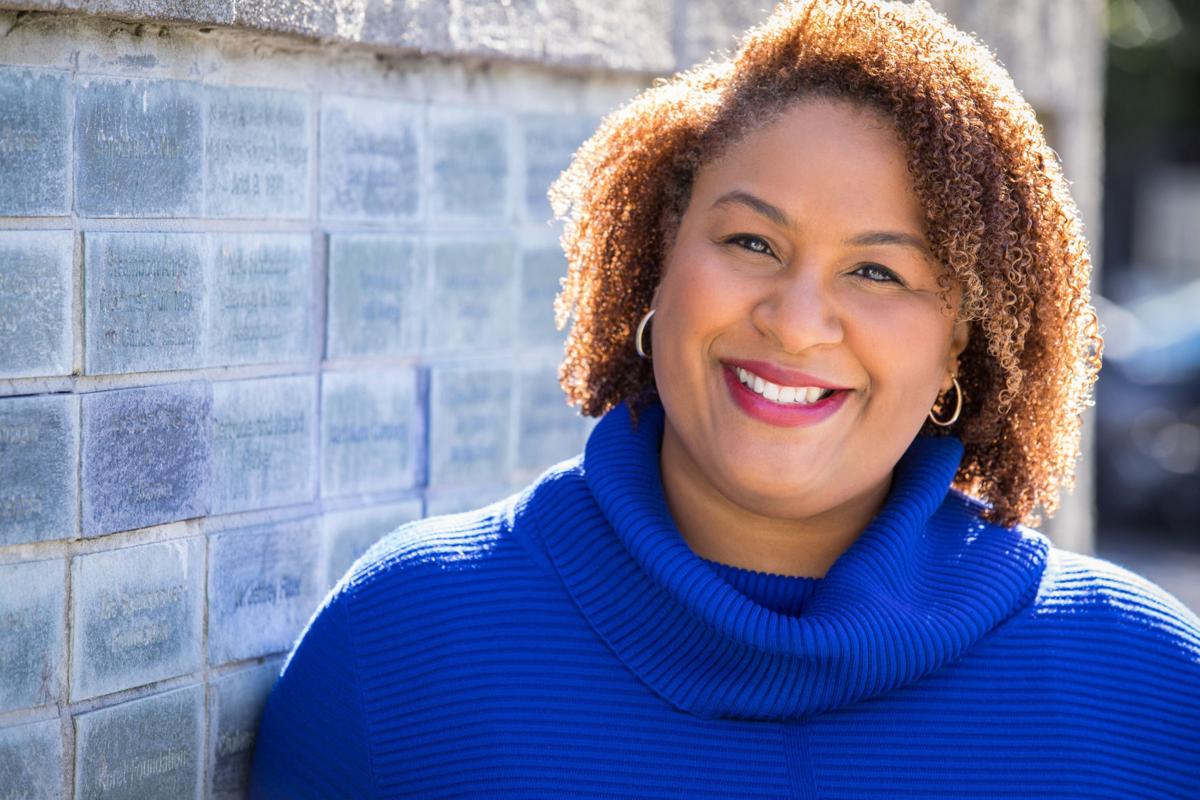 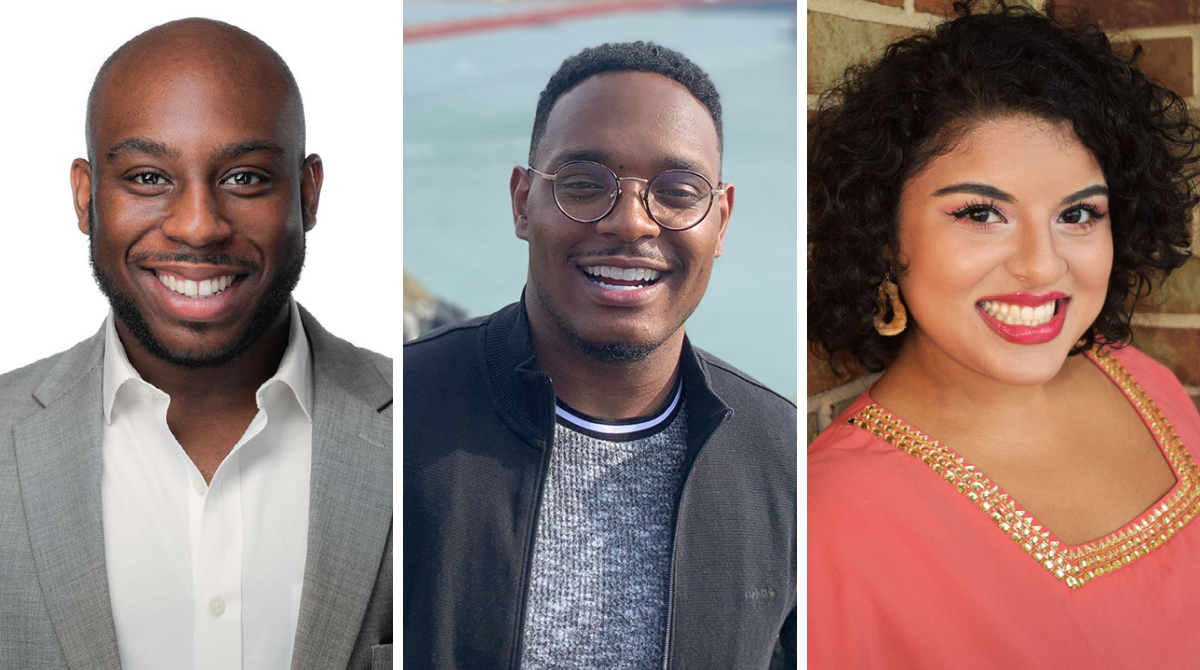