Of all the reasons to see theater, perhaps the most persuasive is that it’s live. And that means the theatergoer is part of a communal experience that’s quite unlike viewing movies and television. No two performances are exactly the same, and the audience shares that feeling of being in the moment.

So what does a pandemic that makes social distancing an imperative mean for one of the most enduring of the lively arts? On the most basic level, it means that theater companies have no choice but to go on hiatus — postponing or canceling productions with the future uncertain.

Companies in the St. Louis area that were prepared to proceed with their current seasons have been forced to adjust to challenging circumstances.

"The plague shut down the London theaters at least three times while Shakespeare was writing. And we have a pretty good idea of how he responded to those situations. Obviously, he couldn't just stop being an artist, or being a part owner of the company he was in."

“The plague shut down the London theaters at least three times while Shakespeare was writing,” he says. “And we have a pretty good idea of how he responded to those situations. Obviously, he couldn’t just stop being an artist, or being a part owner of the company he was in.”

Ridgely says the health crisis has impacted plans for “Much Ado About Nothing,” which had been scheduled to begin performances next month. The production at Shakespeare Glen in Forest Park — the 20th year for the festival — has been postponed to Aug. 12 through Sept. 6.

As the nation began to react to the coronavirus, New Jewish Theatre was in rehearsals for “We Are the Levinsons,” Wendy Kout’s drama about a family going through difficult times. The play was scheduled to open March 19 but has been postponed, says artistic director Edward Coffield. “Putting It Together,” which was to close the New Jewish season, has also been put on hold.

Whether the shows will eventually go on depends partly on whether their casts can be kept together, Coffield says. But he’s hoping that the company’s 2020-21 season won’t be at risk.

“We are not scheduled to open ‘Crossing Delancey’ until mid-October,” Coffield says. “I hope by then our lives will (be on) a more normal footing.”

“Not knowing when the virus will allow it makes it hard to plan,” Roth says. The health crisis also delayed the announcement of the 2020-21 Actors’ Studio season.

On March 25, Actors’ Studio began to make available LaBute’s “Ten X Ten Series” for free via its Twitter account, @STLAS1. Each of the 10, 10-minute monologues features an actor speaking directly to the camera.

Among the performers is St. Louis native Jenna Fischer (“The Office”). Released in pairs on Wednesdays, the videos are also available to Actors’ Studio subscribers three days in advance via email.

Shakespeare Festival St. Louis is pursuing a number of livestreaming projects, including “Shakespeare in the Sheets,” featuring actors reading works by the Bard from their homes. Videos may be submitted to info@sfstl.com or by tagging @shakesfeststl or @shakespeareinthesheets on Instagram.

“Actors just read Shakespeare from bed,” Ridgely says. “Scenes, sonnets, soliloquies — whatever it happens to be.” Among the company’s other streaming initiatives is “SHAKE20,” a community response to 20 Shakespeare plays involving regional artists and organizations and presented on Facebook and Instagram through June 21.

Streaming has also come into play for the Repertory Theatre of St. Louis. The company was forced to close its production of “The Cake” after a single weekend because of the pandemic. But the final performance of the studio theater show was filmed and may be viewed online for $35 through Sunday. Find more information at repstl.org.

The Rep has also collaborated with four regional companies elsewhere for “Play at Home,” a collection of 18 newly commissioned short plays that are intended to be read or performed. Participants can share photos or video of their home performances using the hashtag #playathome. The plays are available for free at playathome.org.

For some companies, streaming isn’t an option.

“The type of shows we produce, and the way we stage them, don’t exactly lend themselves to that,” says Philip Boehm, artistic director of Upstream Theater. The company plans to move its production of “Iphigenia in Splott,” which was scheduled to begin performances April 17, to the fall.

Coffield says that New Jewish is looking into streaming possibilities: “We have to see how feasible that is — from a practical standpoint as well as an economic standpoint.”

But overall, the coronavirus has dealt quite a blow to the local theater community.

“My interaction with the community is that people are being understanding,” he says. “But it seems to have rattled us all.”

Faced with canceled concerts and uncertain seasons, classical groups are in 'crisis mode'

Most have canceled concerts and other events, and others are waiting to see what the effect will be on seasons yet to begin.

With shows not going on, St. Louis actors adapt to life off the stage

COVID-19 pandemic could bring about a "new normal." 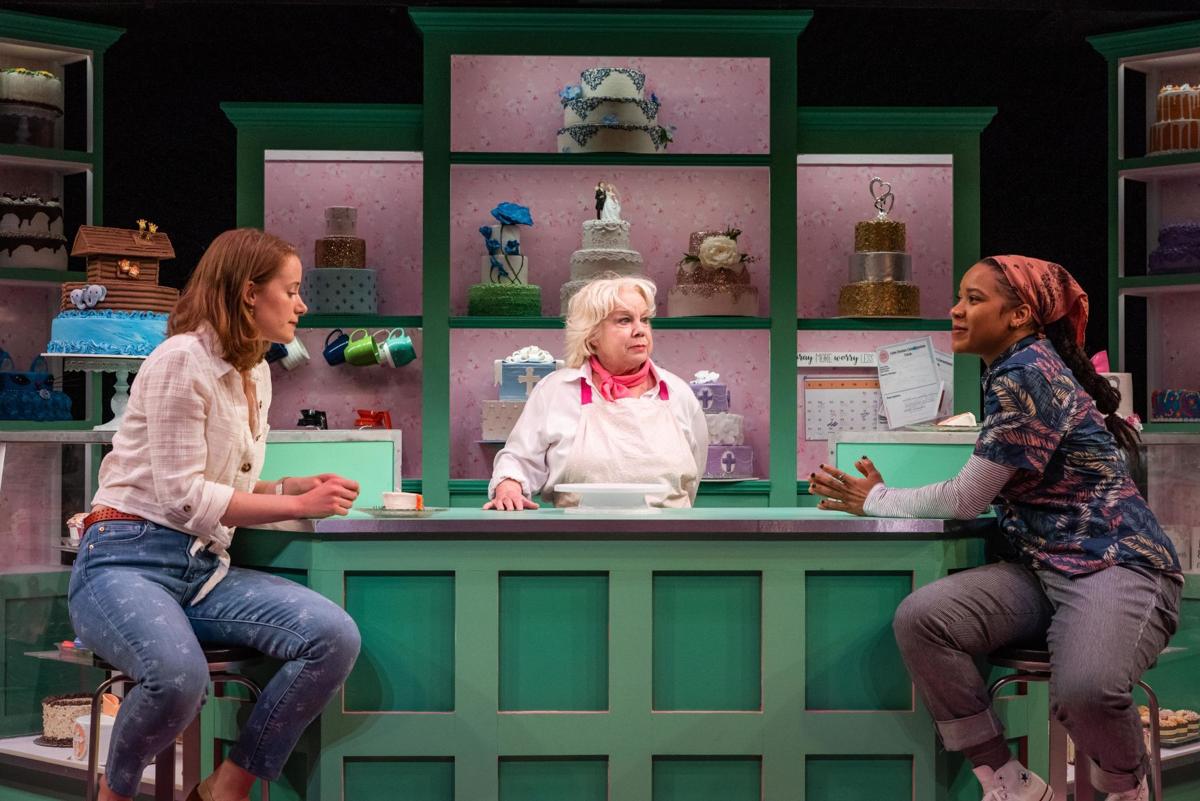 From left: Rigel Harris, Denny Dillon and Dria Brown in the Repertory Theatre of St. Louis production of "The Cake." 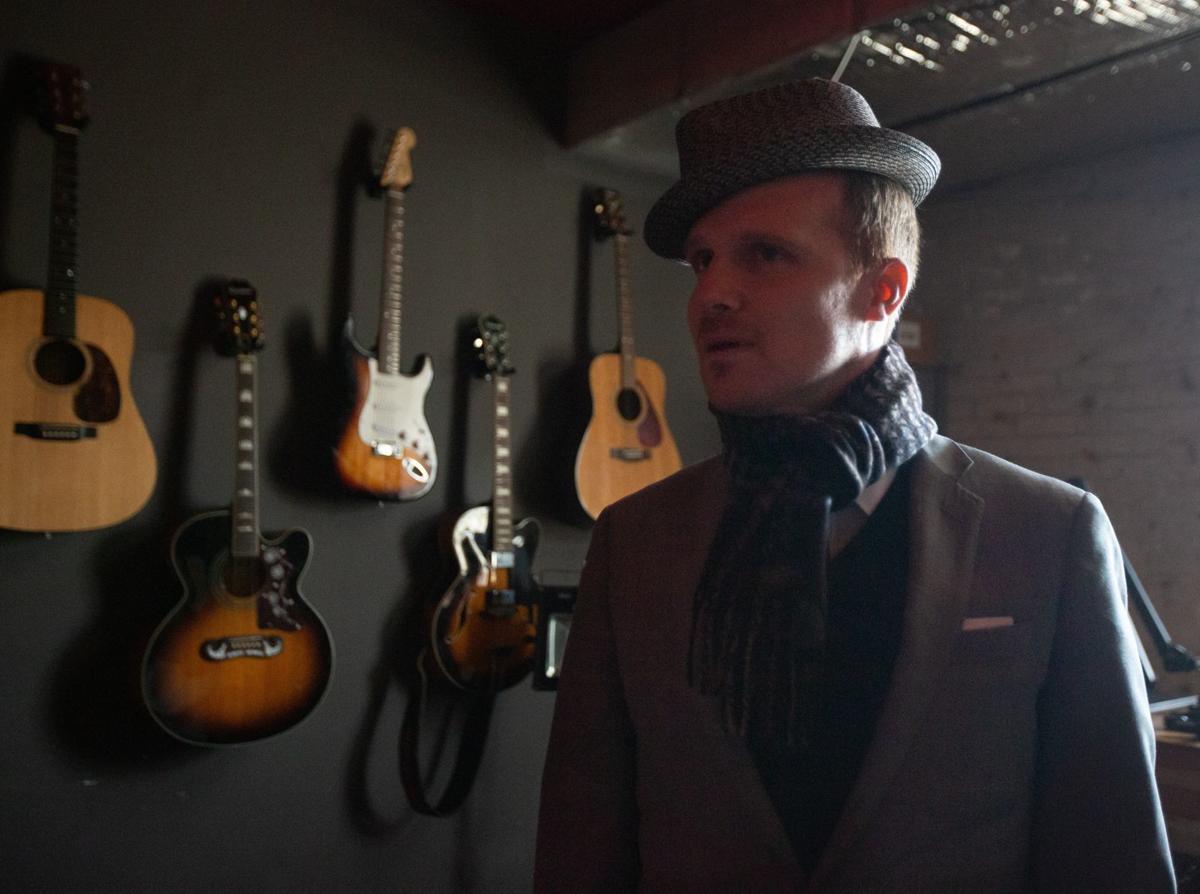 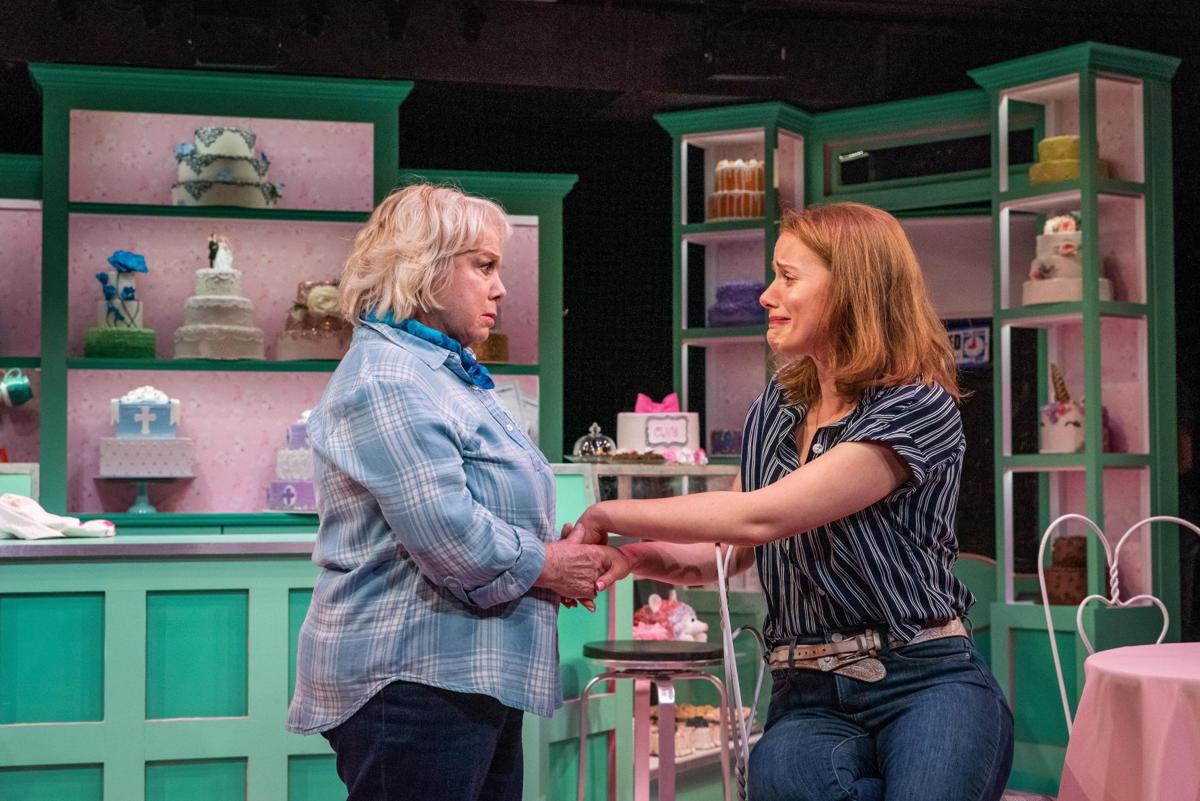 Denny Dillon (left) and Rigel Harris in the Repertory Theatre of St. Louis production of "The Cake"