Updated at 11:55 a.m. with comments from zoo curator

Only about 20 American red wolves live in the wild, and the St. Louis Zoo is making a concerted effort to help the critically endangered species, it announced Monday morning.

The zoo will transform about 20 acres of a property it owns in Franklin County in the Villa Ridge area, making it a secure home to 12 breeding pairs of American red wolves.

The zoo will develop a portion of its 355-acre property, known as the St. Louis Zoo Sears Lehmann Jr. Wildlife Reserve, this year. The wolves will arrive from other conservation organizations in 2022. It will not be open to the public in order for the animals to learn natural survival skills.

The timid, shy species are a little bit bigger than a coyote and smaller than a gray wolf and weigh about 50 to 60 pounds. They were historically found across the eastern coast and south central United States, and the 20 living in the wild now are a reintroduced population in North Carolina.

“We have an immense responsibility to make sure these do not go extinct on our watch,” said Martha Fischer, the general curator of the zoo’s WildCare Park.

The land was donated in 1993 and has mostly been used since for native wildlife. The $2 million needed to prepare the property comes from a grant and private donations, and will mostly be used to add fencing, do some utility work and move trailers to the property for staff.

The zoo is working with the U.S. Fish and Wildlife Service, which manages wolf populations, and the Conservation Centers for Species Survival, a global initiative to save animals from extinction. It is also getting advice from the Endangered Wolf Center in Eureka, which has eight red wolves.

Fischer has seen the red wolves at the center. “If you can call it seen,” she said. “They are really shy. They blend in really well with the Missouri habitat. They stay in the back of the habitat. There’s a lot of growth and plants out there — ideally, we wouldn’t see them.”

That’s why the Franklin County land is the ideal spot for them to thrive, she said. The zoo had come up with general plans throughout the years for the space — it was considered for a breeding ground for ungulates and other animals, and the zoo has done some biodiversity studies on the land, but for the most part, they’ve left it alone.

“It’s the perfect use for the land,” she said. “It’s really rewarding to see it not only become useful but to become useful in such a meaningful way, to help this really incredible, critically endangered species.”

The space will provide about 25% of the space needed within the American Red Wolf Species Survival Plan to double their population in zoos to an optimal size, aiming for 400 wolves throughout the partnership.

Most American red wolf deaths have been caused by humans, the zoo said, whether that means illegal hunting, striking wolves with vehicles or destroying their habitats.

The facility is supported by private donations from Kevin Beckmann and an anonymous donor. It also received fish and wildlife service recovery challenge grant funding through the Conservation Centers for Species Survival.

Editor’s note: The article has been edited to correct the size of the Franklin County property.

Want to watch an elephant, wolves, penguins and a raven paint? We got you.

Animals at St. Louis institutions paint to stimulate their minds, help them with training, bond them with keepers and make money for their care. 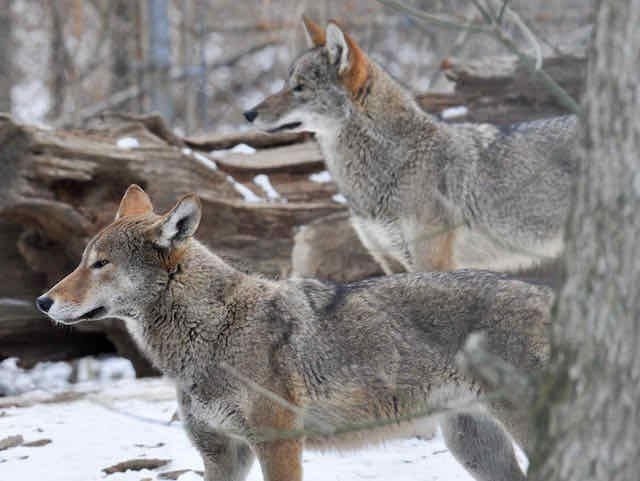 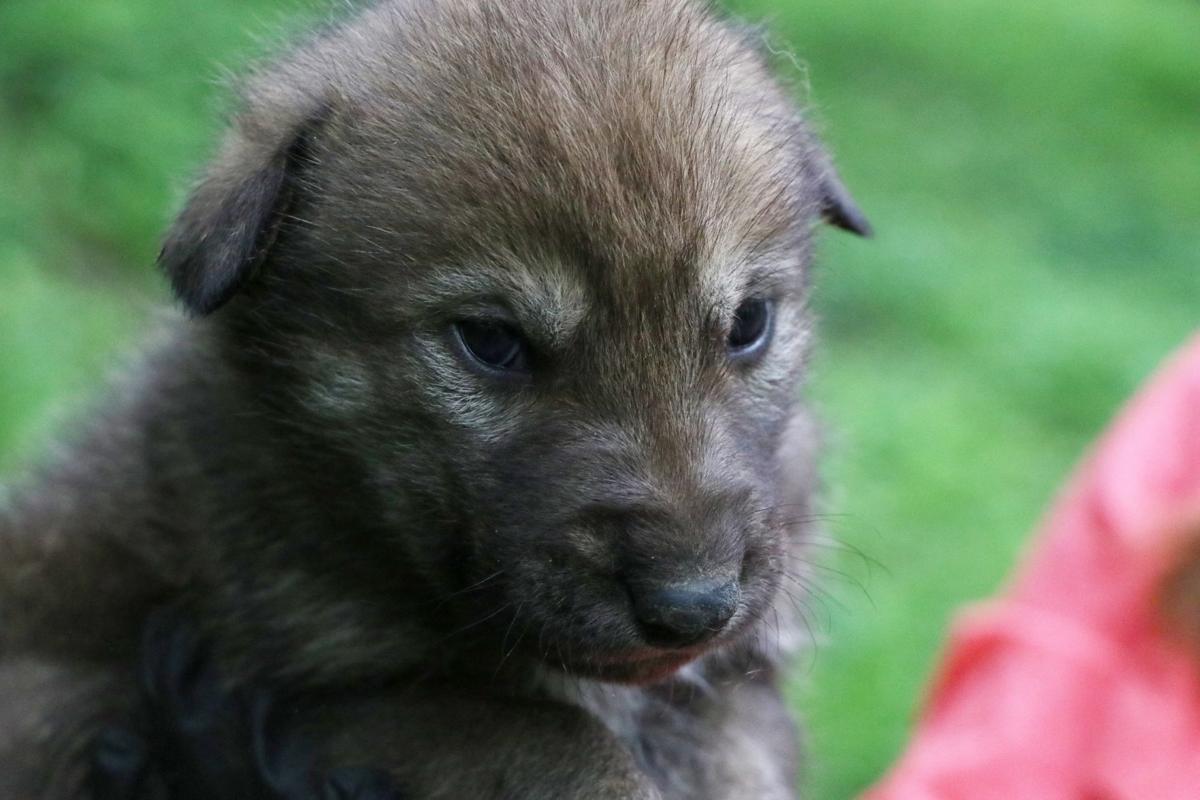 Gloria, and American red wolf, is one of seven born on April 23. Photo courtesy of the Endangered Wolf Center.