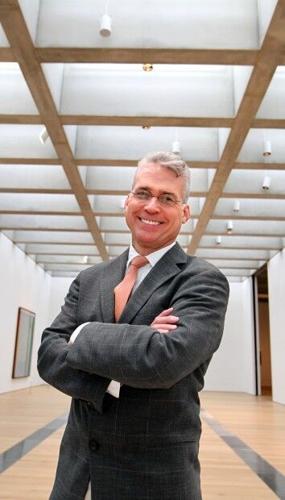 Brent Benjamin, director of the St. Louis Art Museum, poses in 2013 in the East Building expansion. 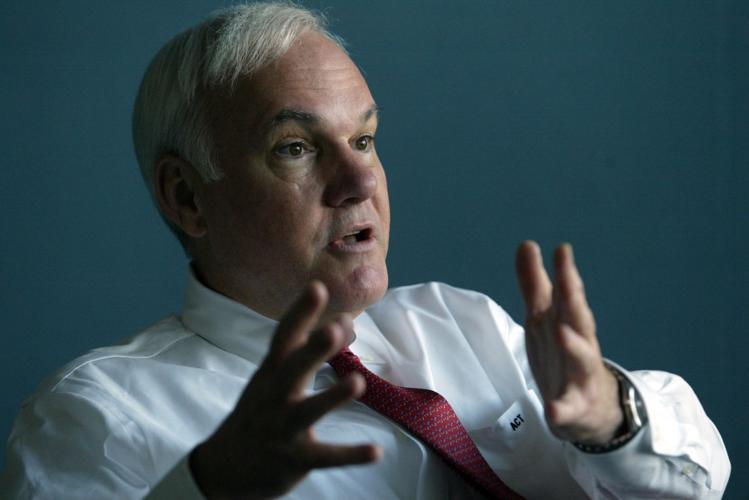 Andy Taylor, chairman and chief executive of Enterprise Rent-A-Car, in a 2003 image. Photo by Karen Elshout of the Post-Dispatch

ST. LOUIS • Two of the region’s most prolific donors have given the St. Louis Art Museum its largest single cash gift ever.

This donation, however, is focused on funding the museum’s top position, currently held by Director Brent Benjamin. The gift will allow the museum — a public body whose $30 million dollar budget is two-thirds funded by St. Louis and St. Louis County property tax dollars — to spend more on operations, while also head-hunting in the future for top-notch, expensive directors.

“It means the museum can compete in the national and international markets for talent,” Benjamin said. “It really makes it possible for the museum to have the person it wants to have in this position.”

The cost of hiring the top leaders of U.S. museums has been steadily rising.

Benjamin is poised to make $640,000 in total compensation this year.

Museums across the country have looked to donations to cover the cost. Art museums in Atlanta, Boston, Dallas, Indianapolis, Los Angeles, Minneapolis and New York all now have endowed directorships, Benjamin said.

“It’s an extraordinary gift for the museum and the community it serves,” she said.

The Taylors, including Andy Taylor’s father, Enterprise Rent-A-Car founder Jack Taylor, have been voluminous donors, for a variety of causes, for many years.

And this summer, the Taylors announced $92.5 million to 13 cultural institutions and charities, including $30 million to Forest Park Forever, the nonprofit organization that shares management and maintenance of St. Louis’ largest park, and $25 million to CityArchRiver, the foundation spearheading the $380 million renovation of the Gateway Arch grounds.

Still, Benjamin, the art museum director, said this gift took him by surprise.

Barbara Taylor was at one of her last meetings as president of the art museum Board of Commissioners, the government body that runs the museum, when she stepped up to the podium and announced the donation, with little fanfare.

“In hindsight, I can tell you it was planned by Barbara,” Benjamin said. “But it was a shock and surprise to everyone in the room. It was a pretty exciting moment.

The Taylors asked the museum not to broadcast the donation.

The money has since been deposited into a restricted investment account. The museum will annually take a percentage, depending on market earnings, to pay for the director’s salary and benefits. This year, the museum plans to harvest 4.5 percent, or about $945,000. The excess will go toward museum operations.

Benjamin said the news came so late in the year that the museum couldn’t budget for the money. But he imagines the dollars once spent on his position can now be “redeployed for other purposes.” He figured the total saving at about $1 million a year, making some things possible, he said, that would not have been possible before.

For instance, the museum would like a larger “virtual presence” online, he said. “And that comes at a price.”

The position’s new title is the Barbara B. Taylor director.

Twilight Thursdays | Honoring Prince and the Music of Minneapolis–St. Paul

Taylors give $92.5 million to 13 recipients, including Arch, Forest Park

The Taylors are giving $30 million to Forest Park Forever and $25 million toward renovation of the Gateway Arch grounds.

Constance Wu opens up about sexual assault early in her career

Constance Wu opens up about sexual assault early in her career

Brent Benjamin, director of the St. Louis Art Museum, poses in 2013 in the East Building expansion.

Andy Taylor, chairman and chief executive of Enterprise Rent-A-Car, in a 2003 image. Photo by Karen Elshout of the Post-Dispatch 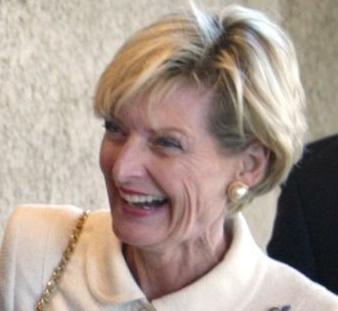