At St. Louis Shakespeare Festival, Tony winner André De Shields will star in a 'King Lear' for our times
0 comments
Share this
{{featured_button_text}}

St. Louis Shakespeare Festival will return to Forest Park — and live, in-person performance — with what promises to be a majestic production of one of the Bard’s greatest works: “King Lear.”

That it will be the first time the company presents the tragic tale of the monarch who’s an extremely poor judge of character would be reason enough to celebrate. But the casting of the title role is particular cause for applause.

Lear will be played by André De Shields — a living legend of American theater and a 2019 Tony Award winner for his supporting turn as Hermes in the hit musical “Hadestown.” His presence in the production, directed by Carl Cofield and featuring a cast of actors of color, has to be considered a coup for the festival.

At 75, De Shields is experiencing a late-career renaissance, appearing in settings from the NBC medical drama “New Amsterdam” to NPR’s “Wait Wait … Don’t Tell Me!” But he remains a man of the theater.

“We go to the theater to have questions answered,” De Shields says. “To have problems solved, to have crises resolved. That’s why the Greeks built large amphitheaters, because they thought that the gods were going to come down from Mount Olympus and speak to them.

“But who are the gods? Those of us who dedicate our lives to the profession of theater. We are the only gods we have left: the storytellers. We go out to the audience, and we say, ‘We may challenge you, we may change you, but we will not harm you.’”

Unquestionably, De Shields brings to “King Lear” a quality that makes the production all the more unmissable.

“You can’t really do ‘Lear’ until you have the actor who’s ready to play it,” says Tom Ridgely, producing artistic director of St. Louis Shakespeare Festival. “And obviously, this time, we do.

Cofield, who has directed Shakespearean repertoire including “Macbeth,” “The Tempest” and “Twelfth Night,” says De Shields is essential to his vision of the play being set in a northern African country.

“I couldn’t ask for a finer Lear,” he says. “And for those who may not be familiar, André is one of the only people to have the triple crown — an Emmy, a Grammy and a Tony. If he were across the pond, he would have ‘sir’ before his name.

“And he carries himself with a natural majesty — to his core, he’s an elegant man,” Cofield says. “He just moves through time and space with an ease and an elegance that is reminiscent of a monarch.”

De Shields is no newcomer to “King Lear,” having slipped into the character’s gold sandals for the Classical Theatre of Harlem in 2006. The New York Times observed that the actor “tears into this hugely challenging role with ferocious energy.”

“I was marking my 60th birthday when I did that ‘Lear,” De Shields says. “And I thought to myself, I’d like to visit this character in another 10 years, when I have more life experience to invest in what research has agreed is the arc of his life.

“So this is 15 years later. And, of course, I do have more life experience,” De Shields says.

And it’s not lost on him that, because of the COVID-19 pandemic and the social unrest prompted by the police killing of George Floyd in Minneapolis, America finds itself in a unique cultural moment.

“One of the results of the pandemic is that the playing field was leveled,” he says, noting that the casting of a Black man as King Lear will encourage audiences to experience the play in a new way.

“The future looks like the BIPOC cast that’s in Forest Park rehearsing ‘King Lear,’” De Shields says, referencing Black, Indigenous and people of color. “It’s not exclusive; it’s inclusive. It looks like America, and that’s happening across the board.”

Cofield says he’s “most excited about reimagining Shakespeare. How is it relevant to a 21st-century audience?” And how is it possible “to present Shakespeare in a way that is fresh, that is alive, and that can compete with the other media that are vying for their attention?”

“King Lear” holds particular interest for him because “it’s a family drama at its heart, but it’s set on a political landscape. And to me, that’s an interesting calibration.

“For our production, we’re putting the family drama on full display, first and foremost,” he says. “And the political landscape looming in the background is this inevitable war coming.”

With De Shields as Lear, some might assume that accounts for the casting of people of color in the other roles. But Ridgely says that although the idea was to present “a world where people of color aren’t at the margins but are really at the center of power,” it all came down to selecting the best actors available.

“In all honesty, we were open to seeing actors of any background and to there being white actors involved,” he says. “But that’s just not how it worked out.”

As for the festival’s return to in-person performances, Ridgely describes the experience as “surreal.”

“I think we’ve all learned to appreciate how important live performance is,” he says. “Not only to have a cultural experience, and how much we’ve missed that, but just the act of gathering. And how important that is not just for our quality of life, but for our well-being.”

The pandemic in 2020 forced the festival to postpone its 20th-anniversary Forest Park show, “Much Ado About Nothing,” until 2022. In its place was “A Late Summer Night’s Stroll,” a socially distant walking experience with music, dance and visual art.

“There’s a way in which we’ve all been suffering over the last year,” Ridgely says. “And certainly, for people in the arts, that suffering has been acute.”

Reservations will be required to attend St. Louis Shakespeare Festival's limited-capacity performances of "King Lear" in Forest Park. Each 10-by-10-foot pod is spaced 6 feet apart and seats up to six guests. (Well-behaved leashed pets are welcome.) Prices vary for weekday and weekend performances.

• Premium Blanket pods ($50-$60; sold out) are in the front row center, nearest the stage; only blankets are allowed.

• Premium Seated pods ($120-$150; sold out) are directly behind the blankets-only section; six chairs are included.

• Reservations for free pods will open at noon each Monday for the coming week's performances and are limited to one per household, starting May 31. Bring your own chairs and blankets.

• Check-in will be contactless. Guests should be prepared to show tickets on their smartphone.

• Masks are required for entry (ages 9 and up), regardless of vaccine status, and must be worn when guests are not in their pod.

• To limit contact among staff, artists and guests, there are no preshow entertainment activities at this year's festival.

Guests are allowed to bring their own food and drinks.

St. Louis Shakespeare Festival will provide updates at stlshakes.org and on social media. In the event of inclement weather, a performance may be delayed up to an hour. Refunds/exchanges will not be provided if a show continues after a delay.

Can scientists control the weather?

Can scientists control the weather? 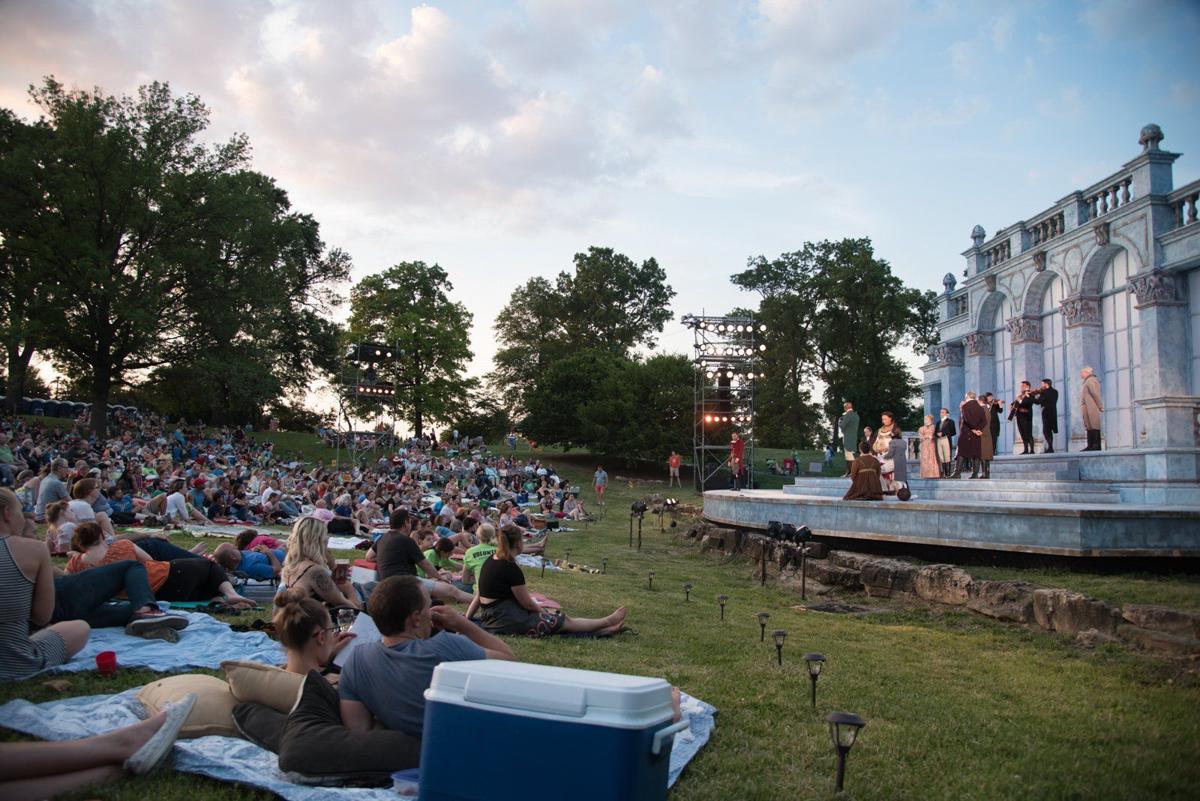 The St. Louis Shakespeare Festival 2017 production of "The Winter's Tale" 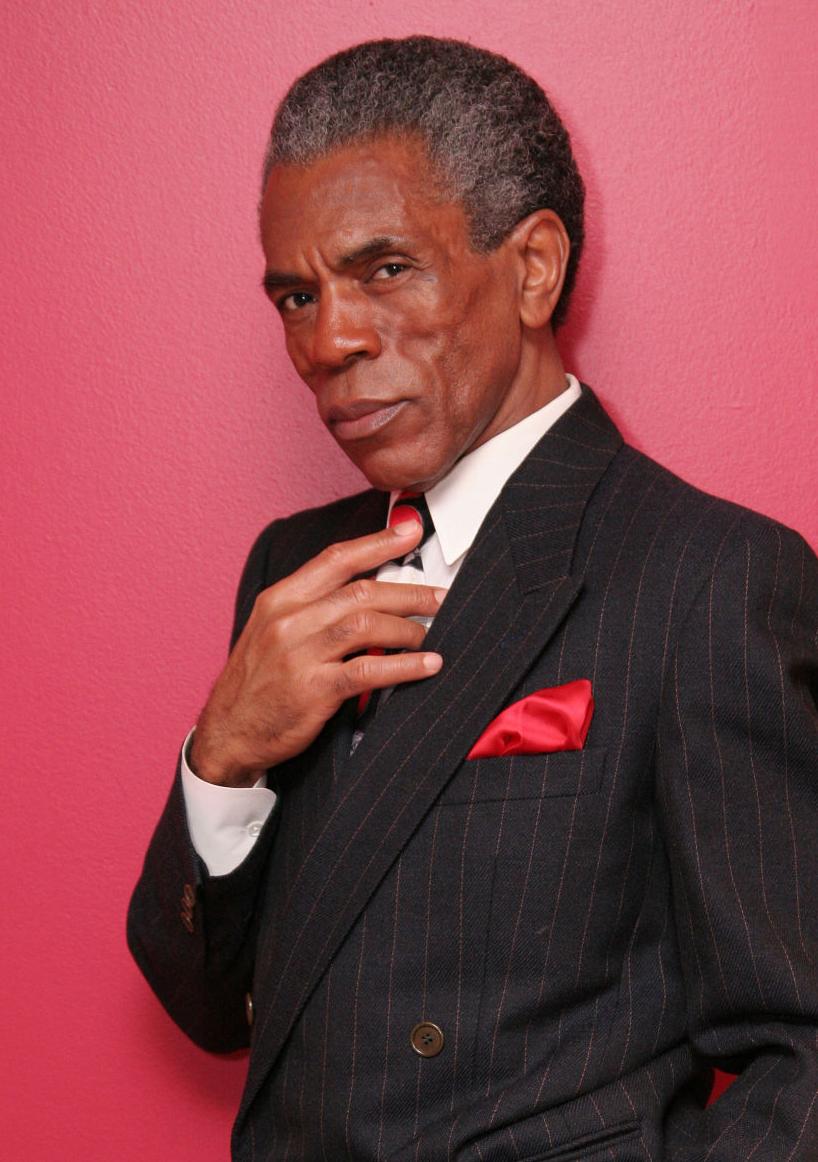 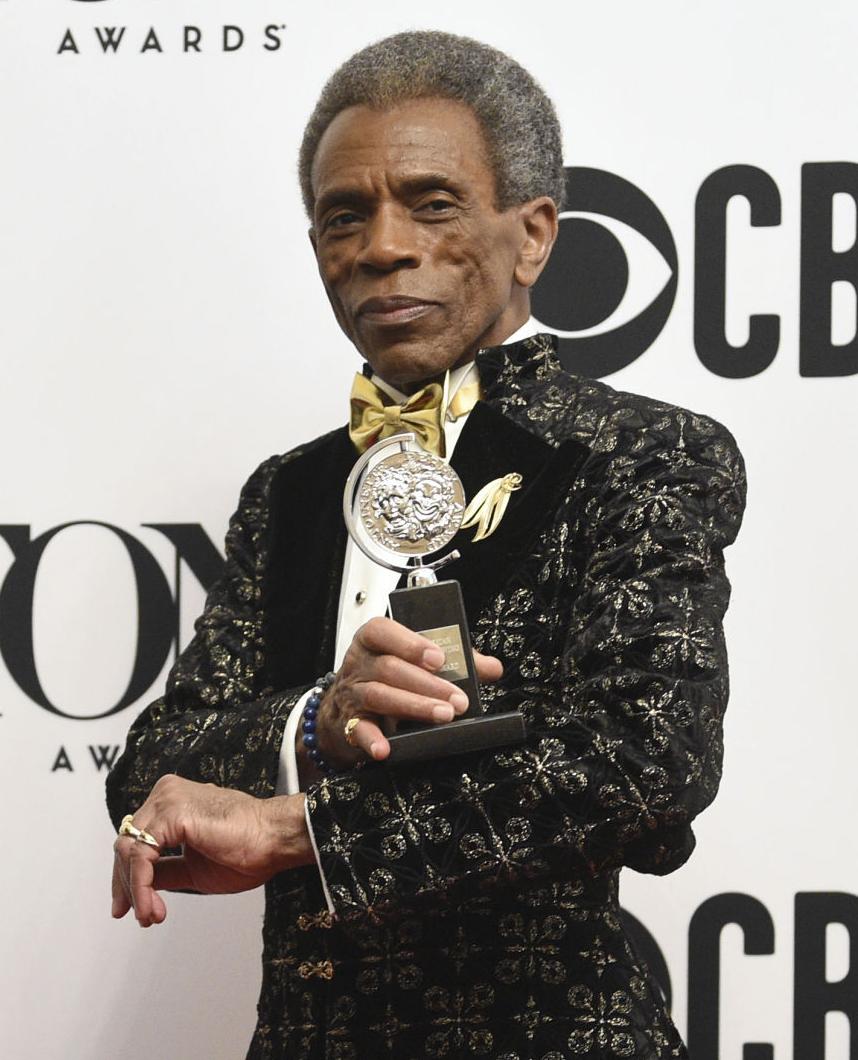 André De Shields poses with the award for best performance by an actor in a featured role in a musical for "Hadestown" on June 9, 2019, at the Tony Awards. 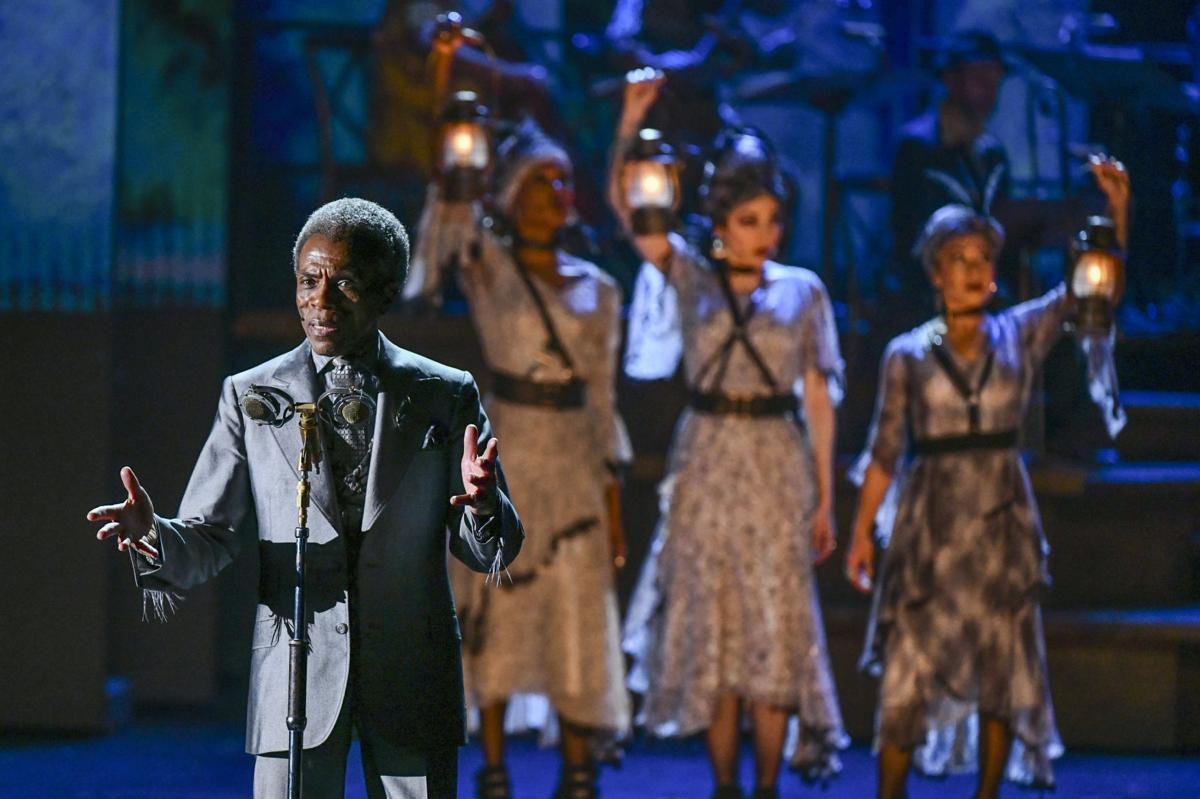 André De Shields performs with the cast of “Hadestown” at the Tony Awards in 2019.