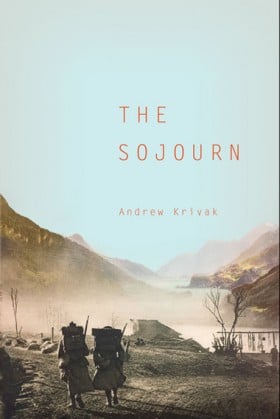 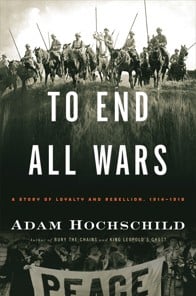 The novel "The Sojourn" by Andrew Krivak and the World War I history "To End All Wars" by Adam Hochschild have won the 2012 Dayton Literary Peace Prize for fiction and nonfiction.

Inspired by the 1995 Dayton Peace Accords that ended the war in Bosnia, the literary peace prize offers winners a $10,000 honorarium  and $1,000 to runners-up. Organizers previously announced that author Tim O'Brien will receive the 2012 Richard C. Holbrooke Distinguished Achievement Award, formerly known as the Lifetime Achievement Award.

The awards will be given out Nov. 11 in Dayton, Ohio.

"The Sojourn" is a debut novel inspired by Krivak's family history. Here's how his website describes the novel:

The Sojourn is the story of Jozef Vinich, who was uprooted from a 19th-century mining town in Colorado by a shocking family tragedy to return with his father to an impoverished shepherd’s life in rural Austria-Hungary. When war comes, Jozef joins his cousin and brother-in-arms as a sharpshooter on the southern front, where he must survive a perilous trek across the frozen Italian Alps and capture by a victorious enemy.

As poetic as Cold Mountain and The English Patient, this novel grips readers with chilling scenes of death and survival as it evokes a time when Czechs, Slovaks, Austrians, Hungarians, and Germans fought on the same side while divided by language, ethnicity, and social class in the most brutal war to date. It is also a poignant tale of fathers and sons, addressing the great immigration to America and the desire to live the American dream amid the unfolding tragedy in Europe.

Hochschild's book is about Britain in World War I, focusing on those who opposed the war. In a Washington Post review, Jonathan Yardley wrote:

Adam Hochschild does many things well in this account of World War I as experienced by Great Britain, not least taking a very familiar story and making it new. We all know that the war bogged down in ghastly stalemate as it degenerated into a battle of attrition in the trenches; that the political leadership of virtually every participating nation was foolish at best, incompetent at worst; that the war’s awful casualties — “more than 8.5 million soldiers were killed on all fronts,” civilian deaths “estimated at 12 to 13 million” — were exacted for no clear purpose; that the terms laid down at the Treaty of Versailles left Germany bitter, angry and vindictive, paving the way for Hitler and the even worse cataclysm that followed. We know all of this, yet Hochschild brings fresh drama to the story and explores it in provocative ways.

Nadal pulls out of Wimbledon and Tokyo Olympics

Nadal pulls out of Wimbledon and Tokyo Olympics