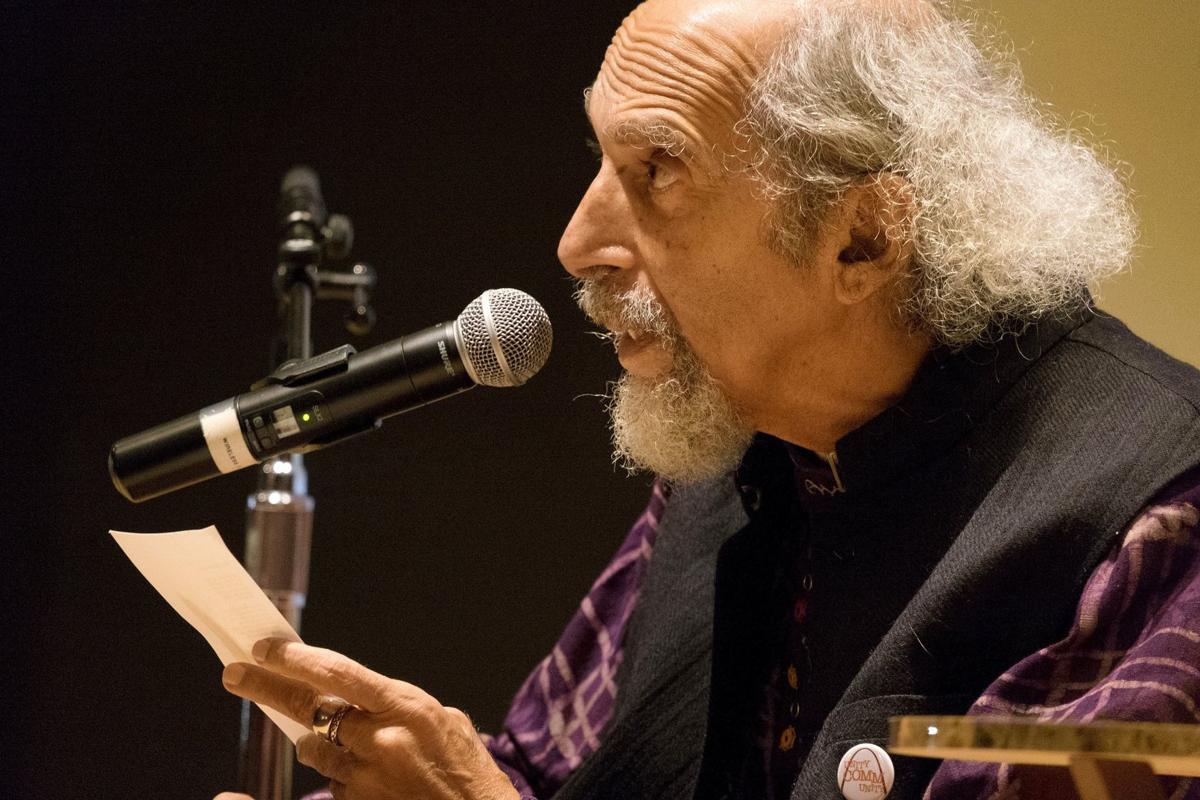 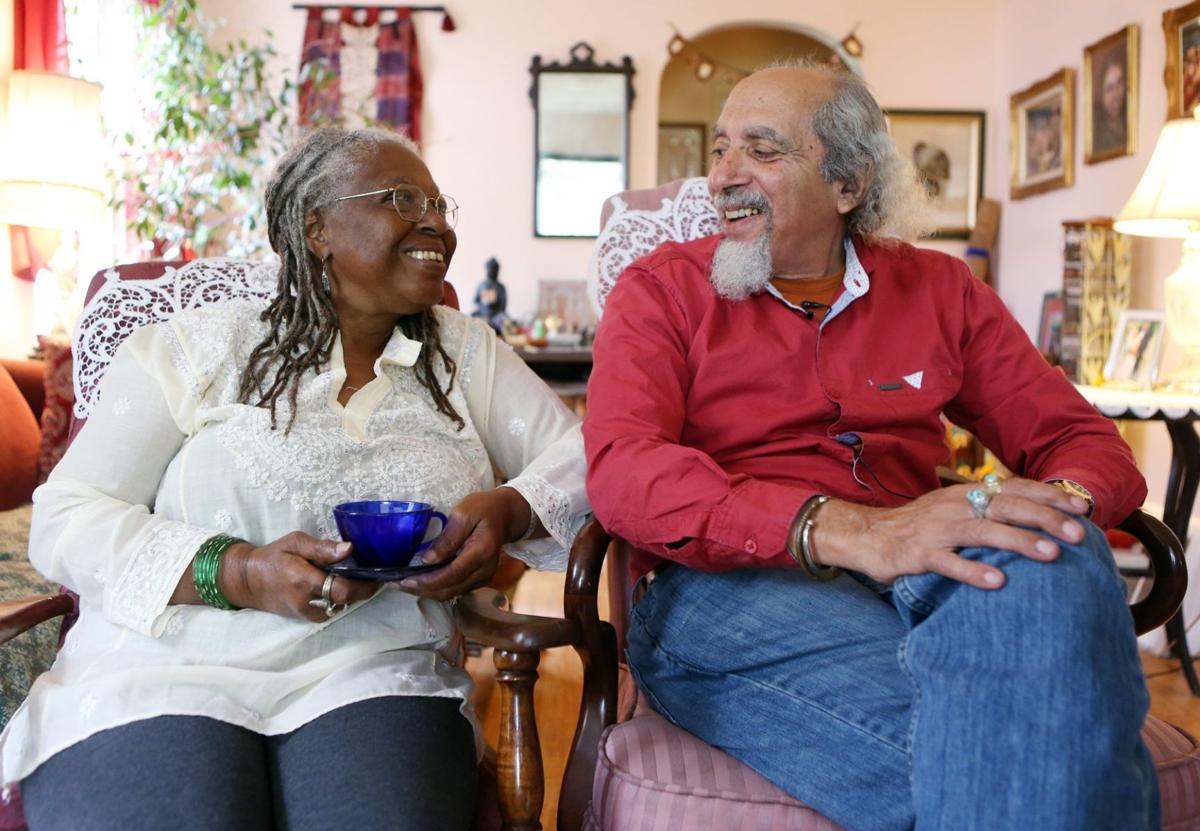 Adelia Parker-Castro and Michael Castro in their University City home on Monday, May 16, 2016. Photo by J.B. Forbes, jforbes@post-dispatch.com

He died in his University City home of colon cancer.

"Michael was a great poet and performer," his friend and fellow poet Quincy Troupe said Sunday. Troupe and Mr. Castro would do readings together and worked on the River Styx literary journal.

"We both were well-trained as poets, but we both loved the performance element," Troupe said. "We loved to read with music."

Mr. Castro "was more threaded into his poetry community than any poet I know," said another longtime friend, poet Eugene Redmond.

"He never asked where you studied, how many degrees you have," Redmond said. "If you were in poetry and appeared to take it seriously, you were a comrade of his. You were a fellow warrior poet."

Earlier this year, Mr. Castro published a collection of poetry from his five-plus decades of writing. Called "We Need to Talk," its title poem expressed the need to look beyond race, politics and stereotypes and converse intimately with others. It was one of his favorite poems to read in public.

During an interview in January, he said: "Poetry itself can be a form of activism. Art is a form of activism in today’s culture. Art is what keeps our spirituality vital, at least for a certain demography of people.

"The poem, although you’re not in the streets marching, you are expressing an attitude of life."

Born in 1945 in New York, Mr. Castro came to St. Louis at age 22 as a graduate student at Washington University. An opponent of the Vietnam War, he began performing his poetry with a group called Peace Eye Poets.

He and friends later began a radio show on KDNA-FM called River Styx Poets. The show would end in 1972 when the station was sold. So, the poets began a press and then a reading series at Duff’s restaurant in the Central West End.

Even though Mr. Castro taught at University of Missouri-St. Louis and then Lindenwood University, he was long interested in stripping poetry of academic trappings.

He wrote of River Styx: "Our collective impulse was that poetry needed a nurturing, non-authoritarian environment to flourish, that it need not be dull, elitist, removed from a larger community & its intensely human & political concerns the way we'd experienced it at universities."

Mr. Castro was a child of the Beat poets, Redmond said. Both of them studied with at Washington University with Donald Finkel, who would bring famous people like Allen Ginsberg to town.

Mr. Castro became friends with Ginsberg in the 1970s; he heard from others that the famous author of "Howl" had hung one of the St. Louis writer's works on his wall.

For all of his community connections, as a youth, Mr. Castro felt like a bit of an outsider. His father, born in the Ottoman Empire city of Salonica, was a Sephardic Jew. His mother was born in New York to immigrant parents of Romaniot ethnicity (Jews who arrived in Greece under the Roman Empire).

But the family lived in a Manhattan neighborhood with many Irish Catholics. For team sports, he often lined up with black and Hispanic students.

"My instincts and curiosity led me to explore other peoples and other cultures," he once wrote. "Maybe it was expression of that wandering gene in our blood. Otherness has always attracted rather than repelled me, has always been linked with my own sense of self.”

In the 1970s, Mr. Castro created a Native American literature class at UMSL. More recently, he collaborated with Hungarian poet Gabor G. Gyukics; together they translated more than 60 Hungarian poets.

Mr. Castro published about a dozen collections of his own poetry.

His long career here was capped by his appointment as St. Louis' first local poet laureate. It was what he was most proud of, said his wife, Adelia Parker-Castro. Toward the end of the two-year term he was diagnosed with cancer but would still make as many poetry events as he could.

She said he'd hope to make a trip to Boston in March for a performance of a new composition by St. Louis composer Fred Onovwerosuoke.

"America/We Need to Talk" will celebrate works by three poets, Parker-Castro said: Maya Angelou, Langston Hughes and Michael Castro. Her husband had just received a Harvard sweatshirt for the event at the university's Sanders Theatre.

“The more we have of these in our lives, the healthier things will be.”

When his friend Shirley LeFlore became the new city poet laureate in November, Mr. Castro attended the ceremony at City Hall. He also danced at a party for LeFlore last weekend.

"He wouldn't miss it," Parker-Castro said.

A celebration of his life will be held at a later date. Details are pending.

In addition to his wife, Mr. Castro is survived by his son, Jomo Castro; a stepson, Darin Parker, and stepdaughter, Veronica James; and seven grandchildren.

A memorial and celebration of Michael Castro's life is planned for Jan. 20.

Q&A: After 50 years, Michael Castro surveys a career in poetry

In a small house of memories already made and the raw materials —  from bolts of African fabric to unfinished notebooks —   for more still to come, lives one of St. Louis’ first couples of the arts.

Adelia Parker-Castro and Michael Castro in their University City home on Monday, May 16, 2016. Photo by J.B. Forbes, jforbes@post-dispatch.com 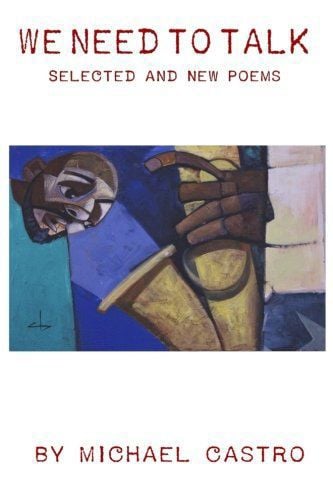 "We Need to Talk: Selected and New Poems"