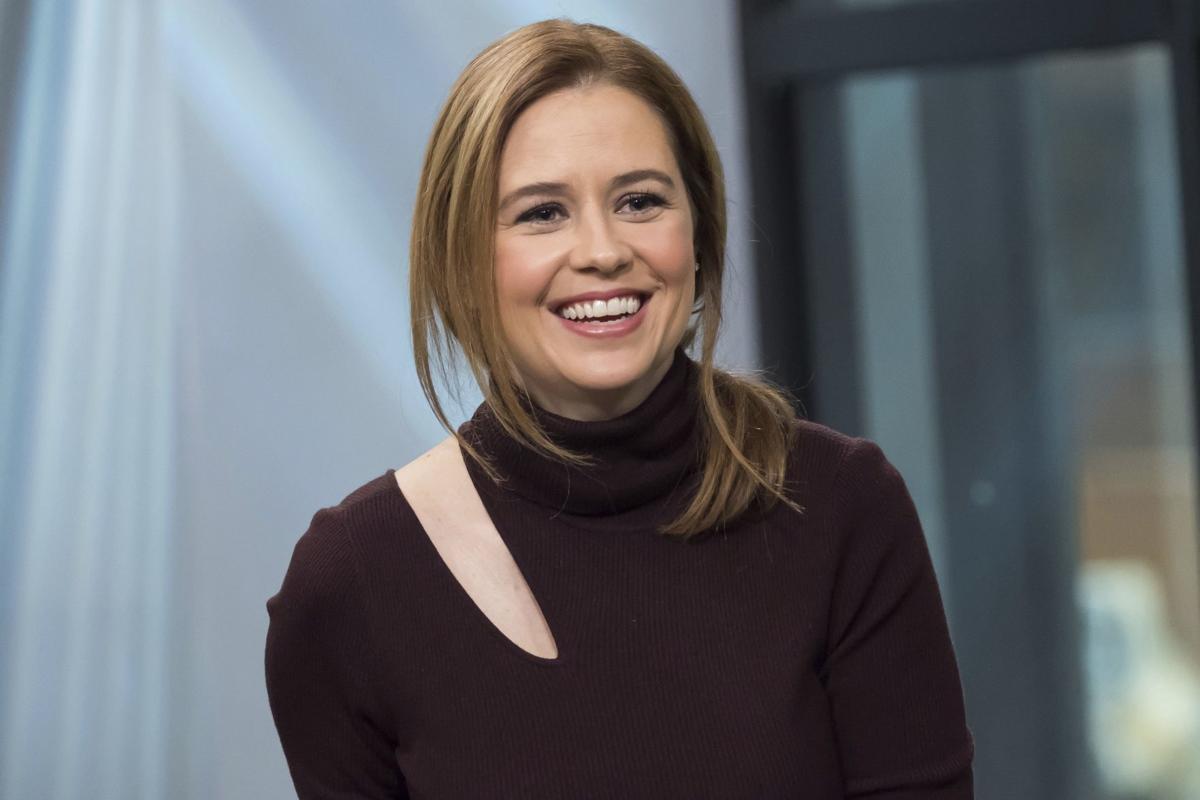 Jenna Fischer participates in the BUILD Speaker Series to discuss her book "The Actor's Life: A Survival Guide" at AOL Studios on Tuesday, Nov. 14, 2017, in New York. (Photo by Charles Sykes/Invision/AP) 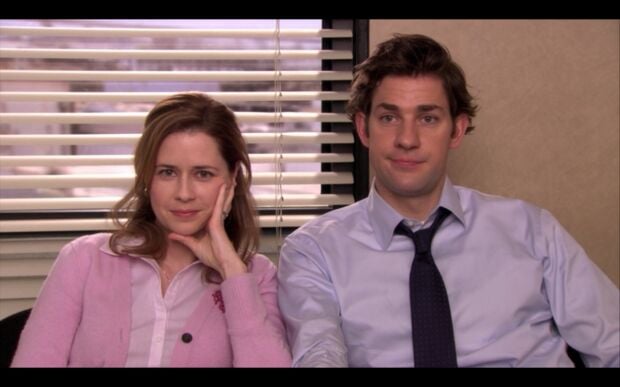 Should have ended: After Jim (John Krasinski) and Pam (Jenna Fischer) got married in Season 6, although that wouldn't have saved us from the Michael Scott Paper Company storyline in Season 5. 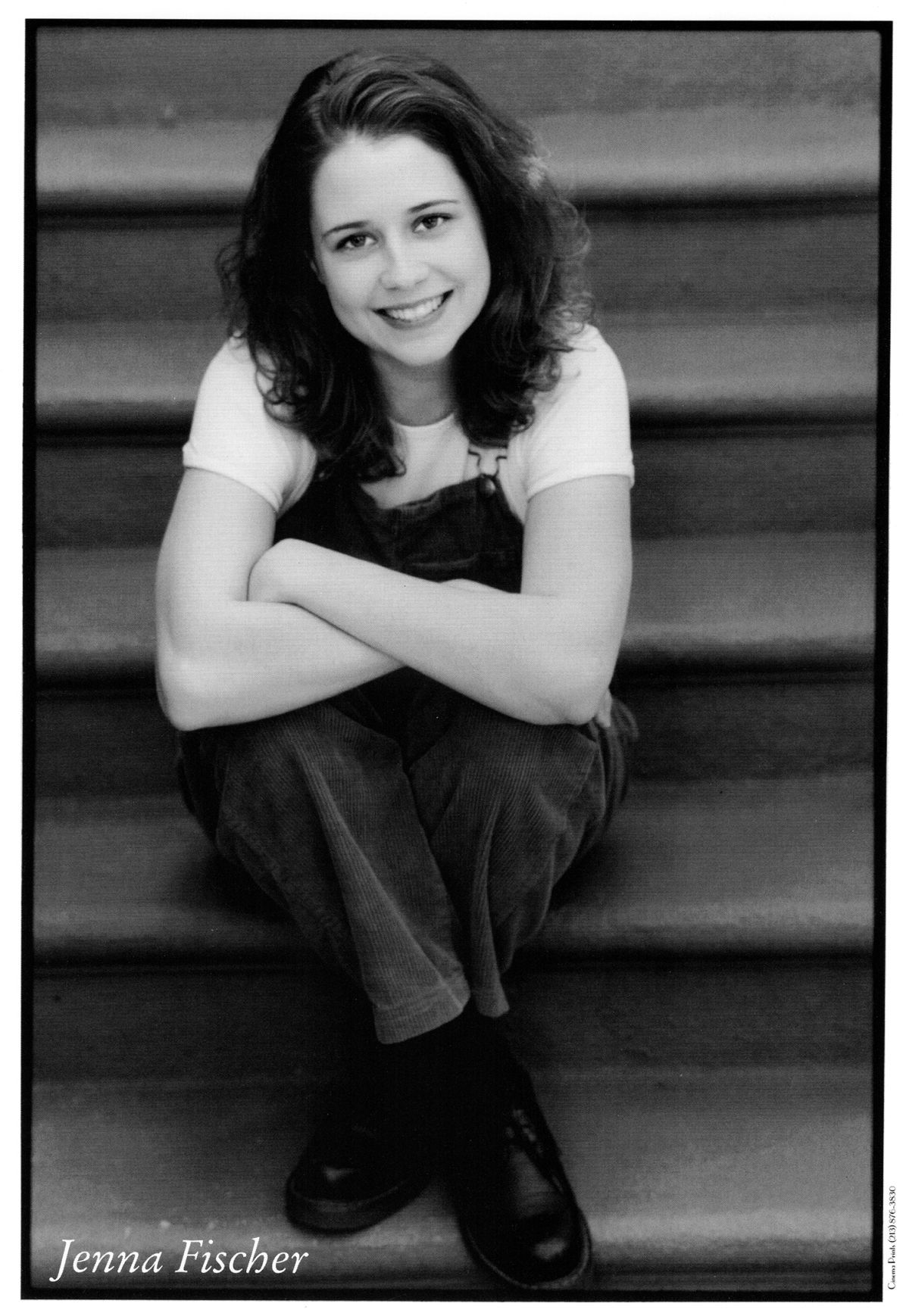 Jenna Fischer headshot in her 20s

In one of her first headshots, Jenna Fischer looks like a chipper teenager in overalls. In another, she has a seductive gaze and a gaping, spaghetti-strap top.

Although the aspiring young actress liked the “fierce, sexy girl” picture, it didn’t lead to many jobs. Problem was, it wasn’t really her.

Finally, she figured out what she was selling: “sweet, trustworthy, open, cute, and vulnerable.” In other words, an actress who was more like her, a 20-something Missourian who graduated from a Catholic High School and state university.

When she found a photographer who could convey that image, it helped lead to her first big job: nice receptionist Pam Beesly in “The Office,” Fischer writes in “The Actor’s Life: A Survival Guide.”

“I know what you might be thinking: ‘I can play anything! I’m a trained actor!’” she writes. “But acting in the entertainment business is about typecasting and gut reactions, especially when you are starting out. If you look naturally sweet and naïve in real life, you aren’t going to be cast as a drug-addicted career criminal. ... At least not at first.”

That frank talk and advice make up much of “The Actor’s Life,” along with many personal examples and stories from other actors. Fischer, who will be in St. Louis on Monday for a sold-out author event, talked by phone from Los Angeles about her book, her own missteps and whether she has had to navigate any of the harassment issues that have plagued Hollywood.

The missteps are probably the most fun for the average reader who wouldn’t dream of running off to Los Angeles and living in a hovel while eating “actor’s pizza” (piece of bread, two packets of ketchup and a slice of American cheese). She admits to defaulting on credit cards and eating “untouched” food from cleared plates while working as a restaurant server.

But Fischer says her book really is for aspiring actors and is not a memoir. “It’s the guidebook I wish I’d had when I started down the path of being an actor,” she says.

Some of the messages are also appropriate to other artistic pursuits, she says, or anyone “striving for a particular goal. There’s a lot of general encouragement in the book about not giving up.” It also should be of interest to parents of creative kids who may have their own tough climb or to people just generally curious about actors’ lives.

Fischer wanted to go in-depth about steps she couldn’t find in other books.

“I spent seven years on the book from the time I had the idea,” she says. “I had been speaking to acting classes for many years for free. Most of those talks regarded fielding questions.”

So she started recording the sessions, which helped define what actors wanted to know. By telling them some of her own stories, she had a ready supply of examples.

What students often asked was “how do I get an agent?” and “how do I persevere through rejection?” So Fischer goes into those things, including telling them that most new actors aren’t ready to get an agent.

“You need to do a lot of work on your own before you’re really ready for an agent to take you on,” she says. Getting an agent isn’t addressed until Chapter 3.

That’s lucky for St. Louisans because much of the introduction and Chapter 1 is about how she did not grow up in a showbiz family: “My parents weren’t actors or musicians or writers. My father was a plastics engineer and my mother was a school teacher. Both are now retired, but they both loved what they did.”

Anne and Jim Fischer’s examples rubbed off on little Jenna, she writes: “From a very young age, I inherently knew I had to follow my bliss.”

But while she auditioned for school plays at Nerinx Hall High School in Webster Groves, “they mostly ended in failure,” she writes, then proving it with four blurry pictures of her as a barely recognizable chorus girl or the guy with a violin in “Fiddler on the Roof.”

“Of course in hindsight, my old theater teachers are happy to discuss my ‘obvious’ talent from a young age,” she writes. “I’m still close to many of them and I find it hilarious when they tell me how they ‘saw something in me.’ Yes you saw me in the dance chorus!”

She also didn’t attend Juilliard or Yale’s drama school. She went to “a tiny liberal arts college called Truman State University in Kirksville, Missouri,” she writes. And she seems to have loved it. “I got a great education, and I didn’t leave school with a giant debt.” She still recommends getting a good education but not acquiring a a huge student loan before trying to make it as an actor.

While earning her theater degree, she had many chances to play roles against type and even be part of the first class at Kirksville to create some original TV content. (Their comic sendup of “NYPD Blue” was shown on the college’s TV station.)

Her background can be an inspiration, she admits. No Hollywood relatives, just working hard and, maybe, getting a bit lucky.

“I get things stuck in my craw. I find a way to make them happen somehow,” she says. “I’m often most inspired by stories of people who just wait everyone else out and wear them down. That’s sort of my way of going through.”

Along the way, Fischer has faced sexual harassment. But it wasn’t in the entertainment industry. She was working as a receptionist and had to file a claim against a co-worker (“I think that comes from my feisty Nerinx Hall-powered education,” she says. “I report things. We don’t like to be quiet about things that seem unfair or unjust.”)

“I’ve had close calls. Like accepting an audition at an apartment and then learning you should never do that.”

Another time, a playwright at a party asked her if she’d consider being in a film, warning that there were “raunchy sex scenes.”

Fischer jokingly responded, “Well, I wouldn’t want to do anything I wouldn’t be proud to show my parents.”

He told her she wasn’t a “real actor.” “He said, ‘You should probably just go home.’”

That was really mean, she says. But “I somehow was able to know that was wrong.”

It upset her, but she saw that his criticism (and offer) probably had nothing to do with professional acting.

Now, Fischer is 44. She and her husband, writer and actor Lee Kirk, have two young children, Weston and Harper. She doesn’t find it worthwhile to accept certain projects that might take her far from home.

“My passion is my family,” she says. “I love being a homemaker.”

Which doesn’t mean she isn’t working. Currently, Fischer stars with Oliver Hudson on “Splitting Up Together,” an ABC comedy about a couple separated (barely). They co-parent in the same house — the one off-duty stays in the garage.

“I actually really love the show because I feel like it is such a positive and responsible portrayal of divorcing parents who are putting their kids first and being responsible parents.”

Fischer doesn’t yet know whether it will be picked up for a second season. In fact, that kind of news usually comes in early May, possibly ruining her Mother’s Day, she says.

But rejection isn’t quite as hard as it was when she was younger.

“I have all these other roles that feed my life in a deep and meaningful way.

“I have a lot of things to fall back on that give me pleasure. But I think that also just comes with life maturity.”

How much • Sold out

Note • Left Bank Books says Fischer will only sign copies of "The Actor's Life." She will not pose for photos, but they can be taken from the waiting line while she's signing.

"Splitting Up Together" (currently on ABC)

The home design website Houzz  asked if  Jenna Fischer had a relative in mind with a compelling story. Did she ever.

Jenna Fischer participates in the BUILD Speaker Series to discuss her book "The Actor's Life: A Survival Guide" at AOL Studios on Tuesday, Nov. 14, 2017, in New York. (Photo by Charles Sykes/Invision/AP) 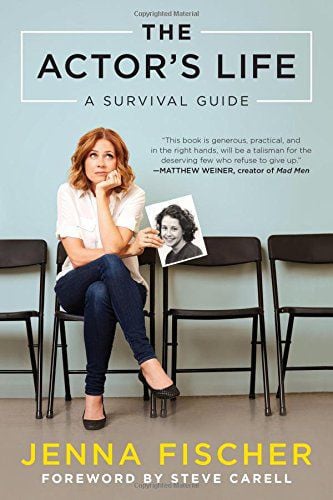 "The Actor's Life: A Survival Guide"

Should have ended: After Jim (John Krasinski) and Pam (Jenna Fischer) got married in Season 6, although that wouldn't have saved us from the Michael Scott Paper Company storyline in Season 5. 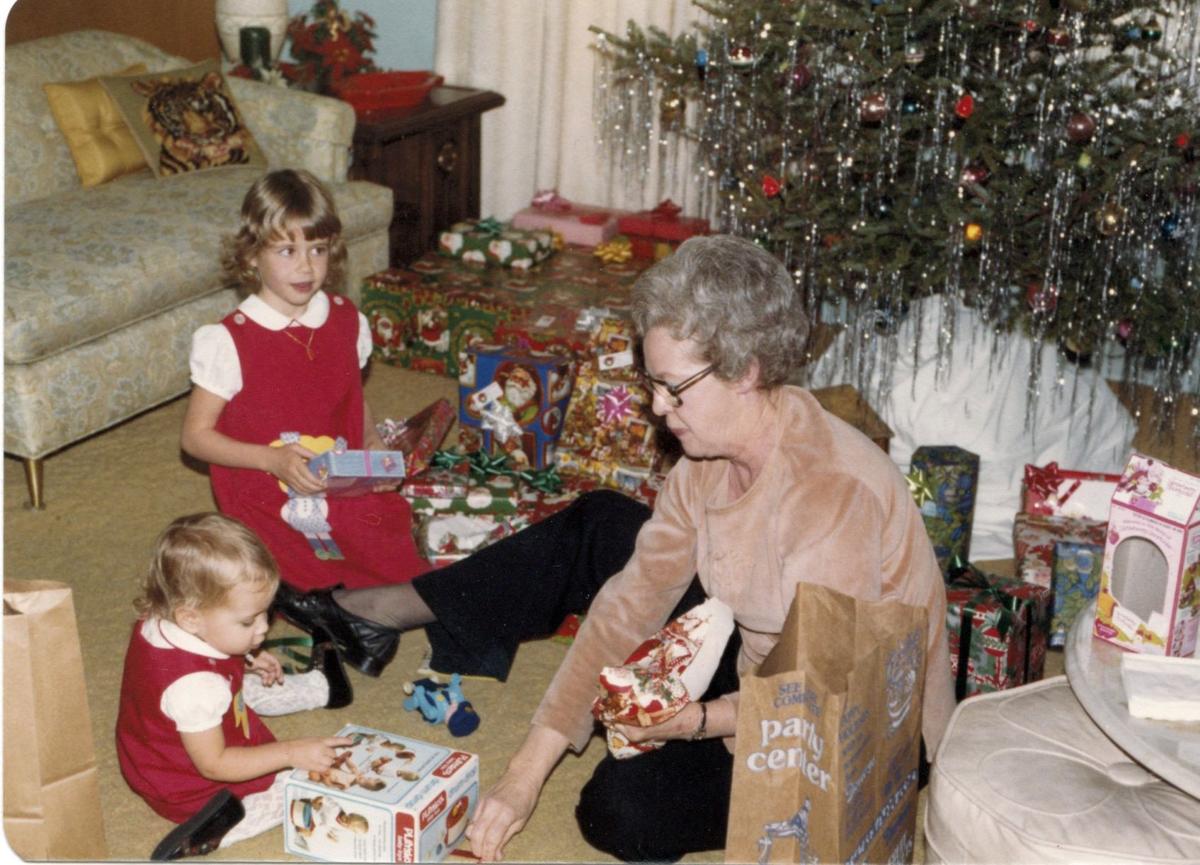 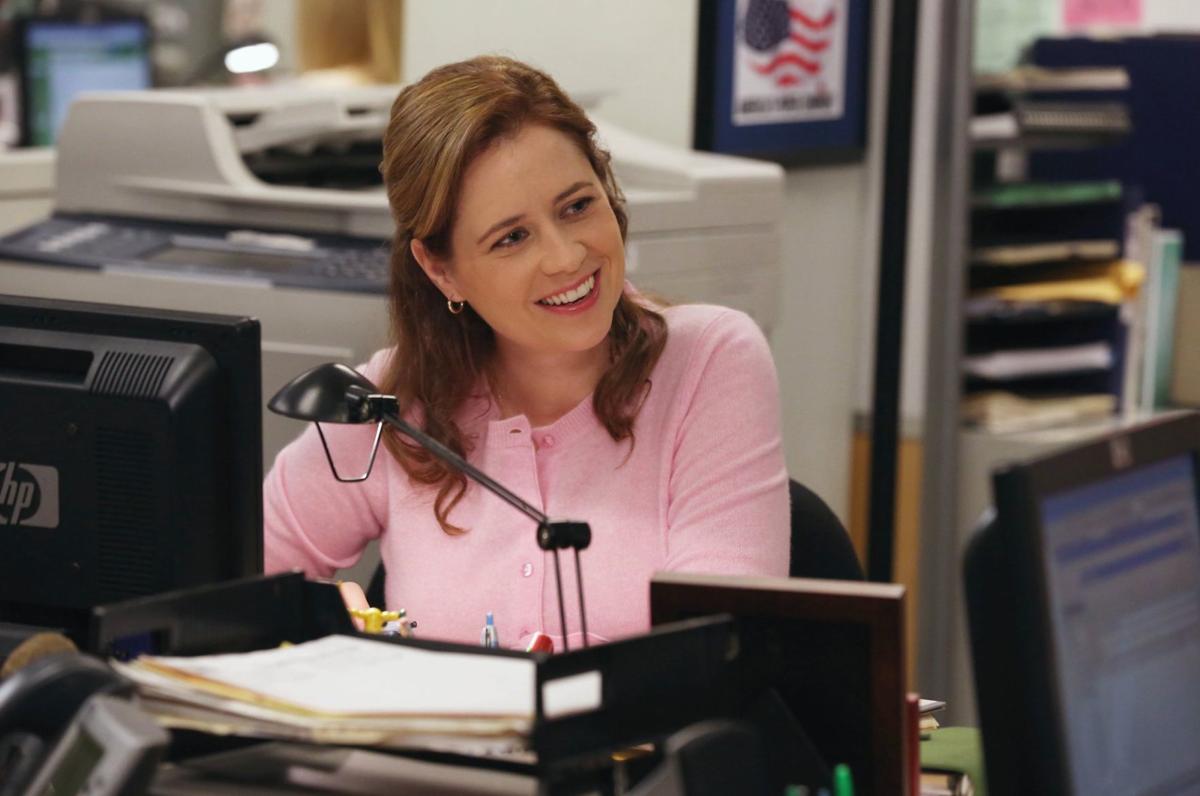 Jenna Fischer in "The Office"

Jenna Fischer headshot in her 20s 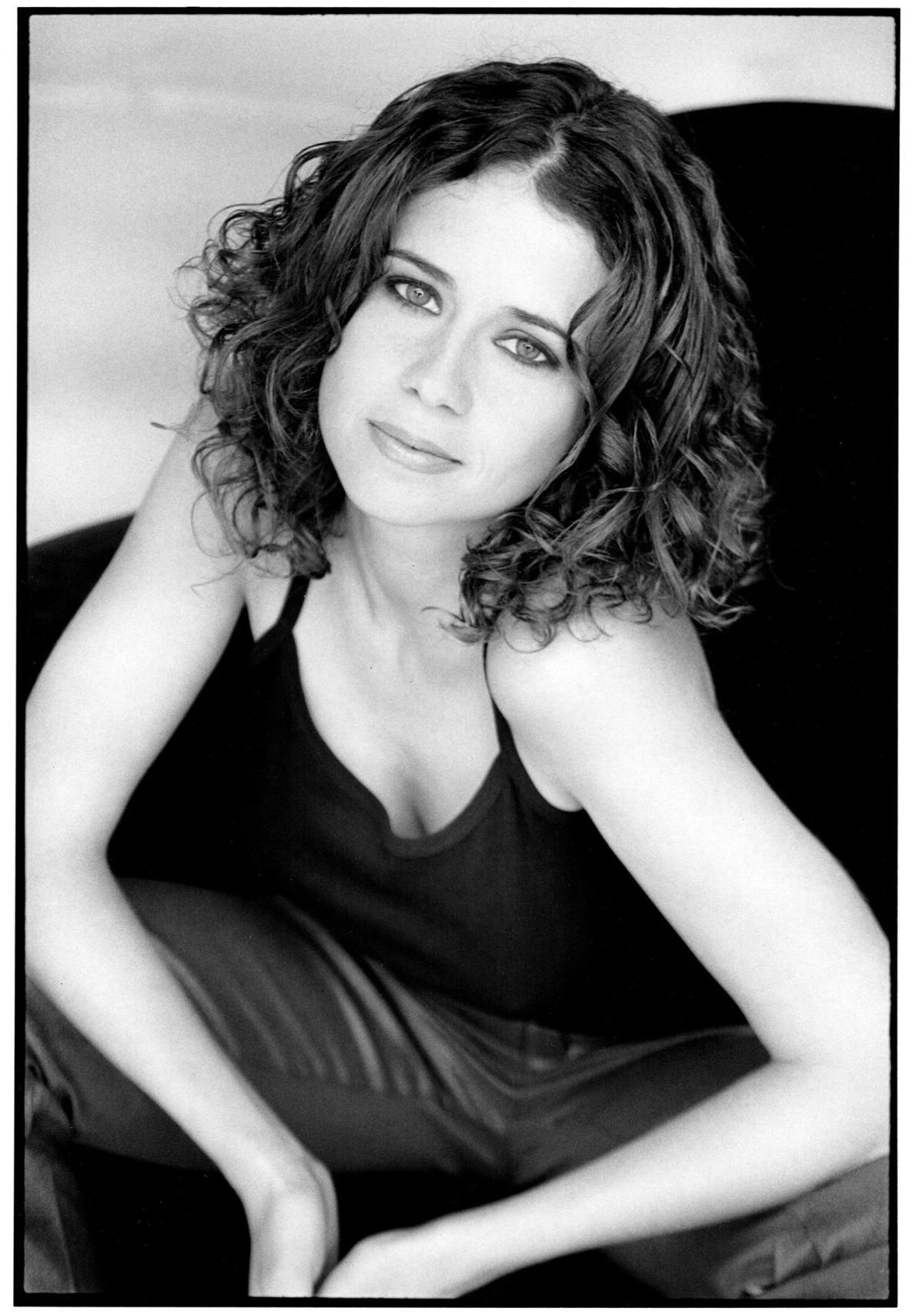