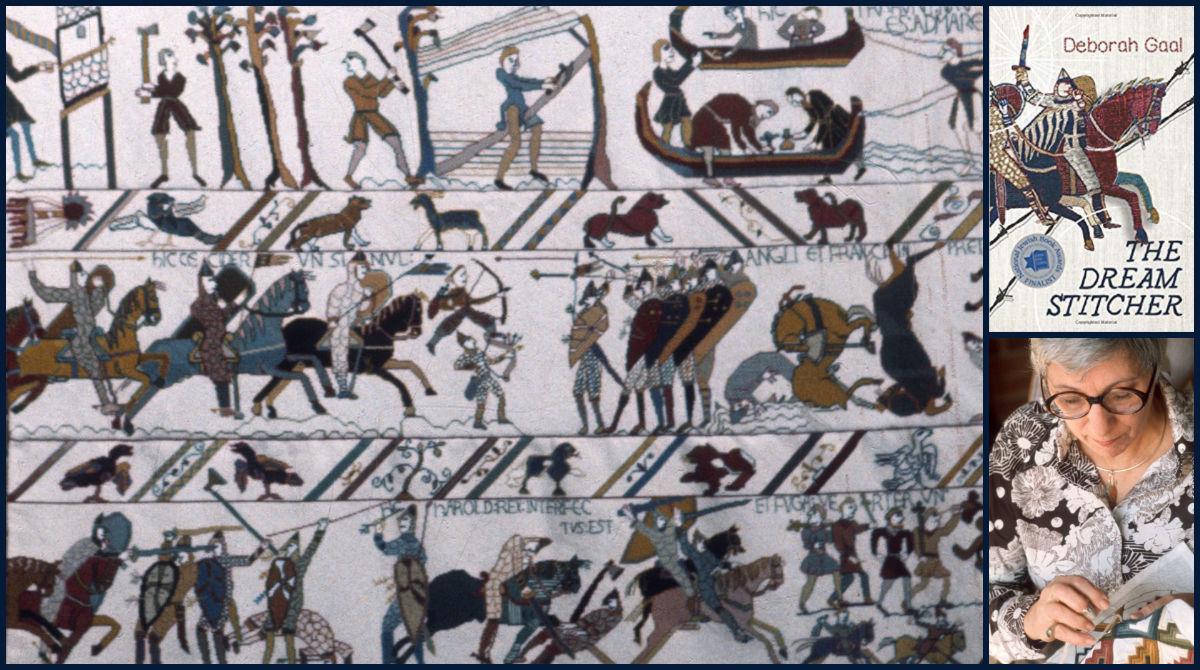 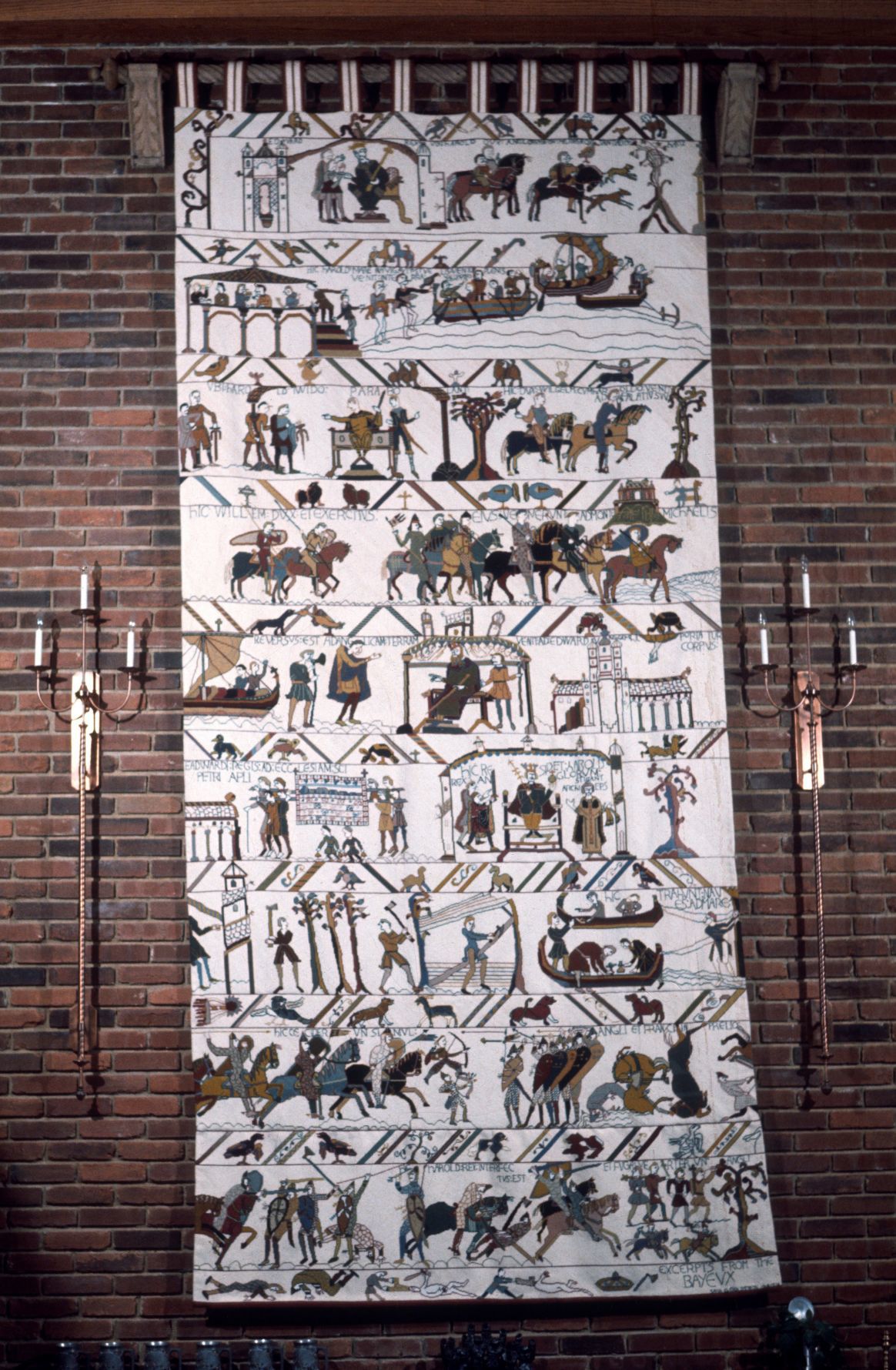 It took Sara Goldstein eight years to create her masterpiece, a 14½-foot-long needpoint version of the famous 11th-century Bayeux Tapestry, seen in a photo from January 1977. Post-Dispatch file photo 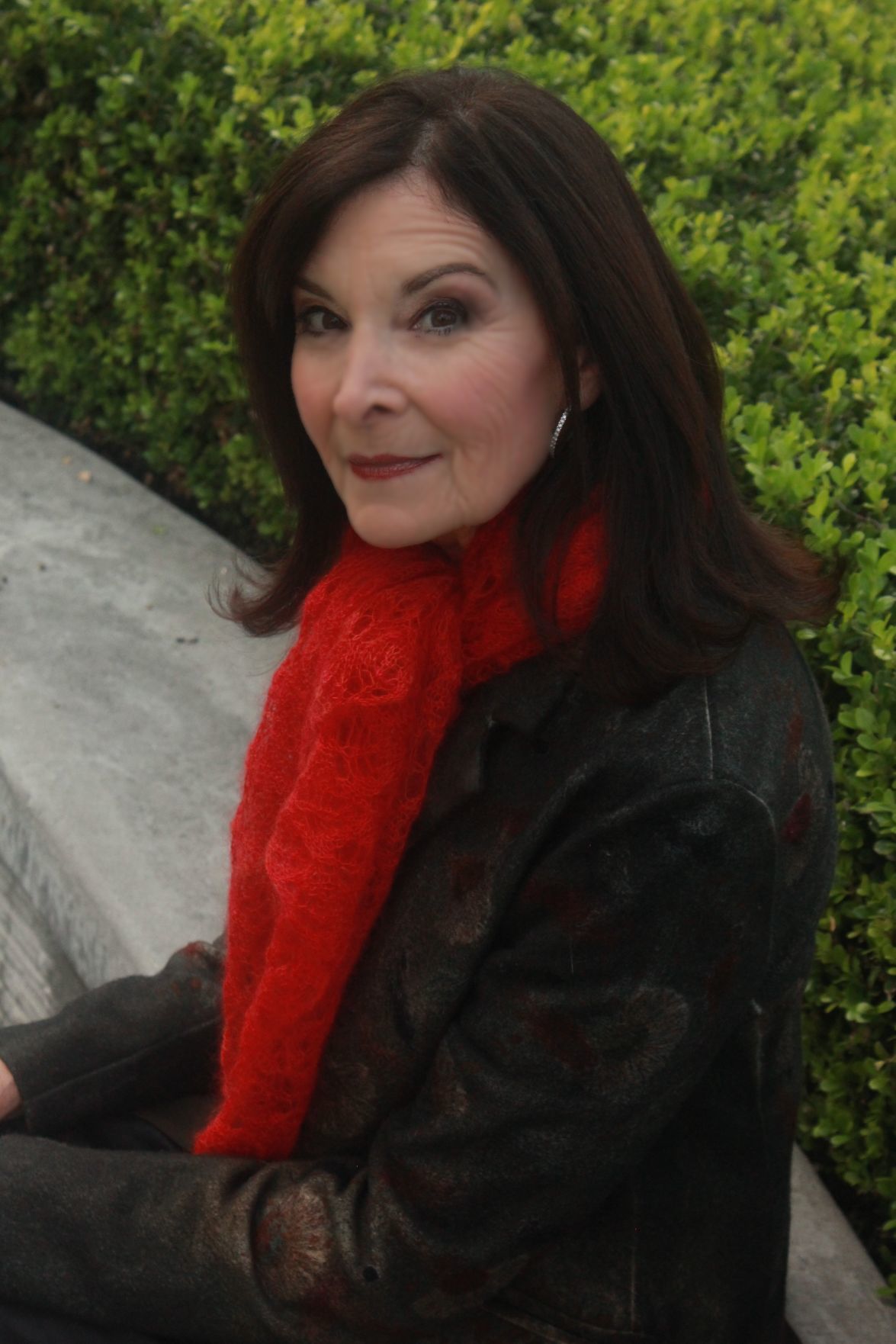 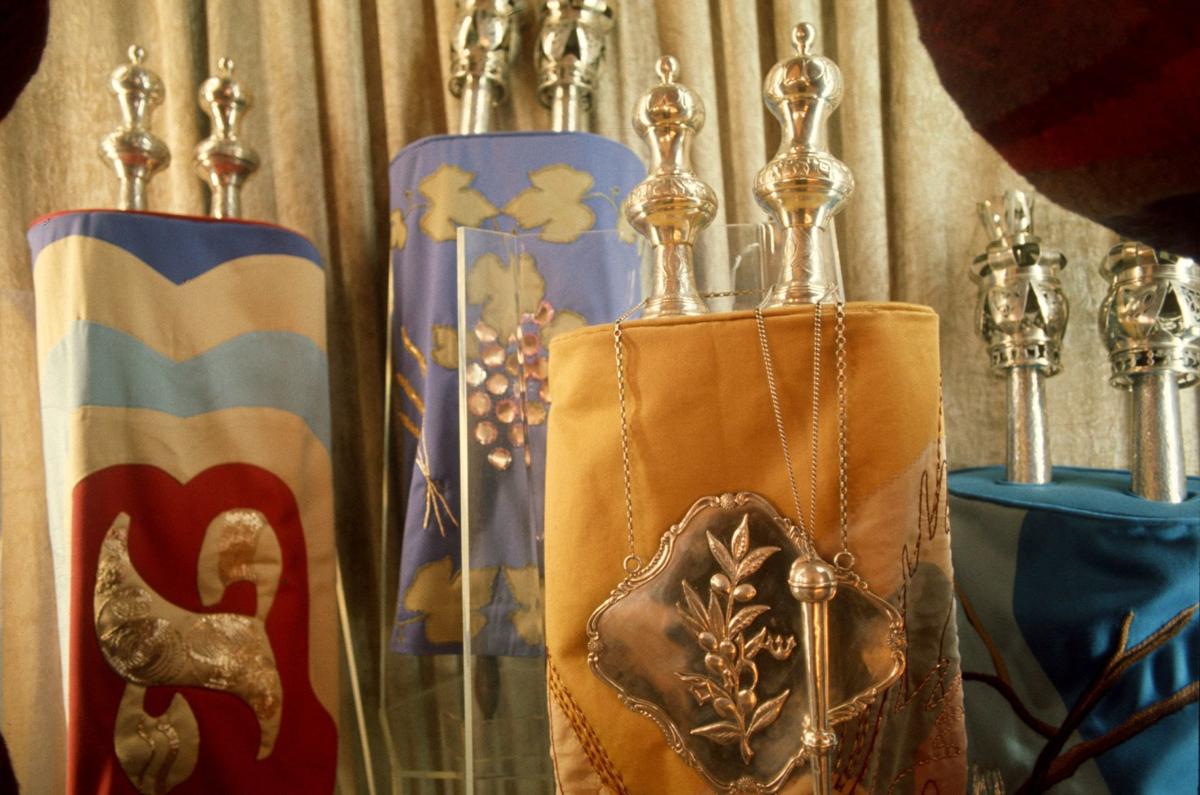 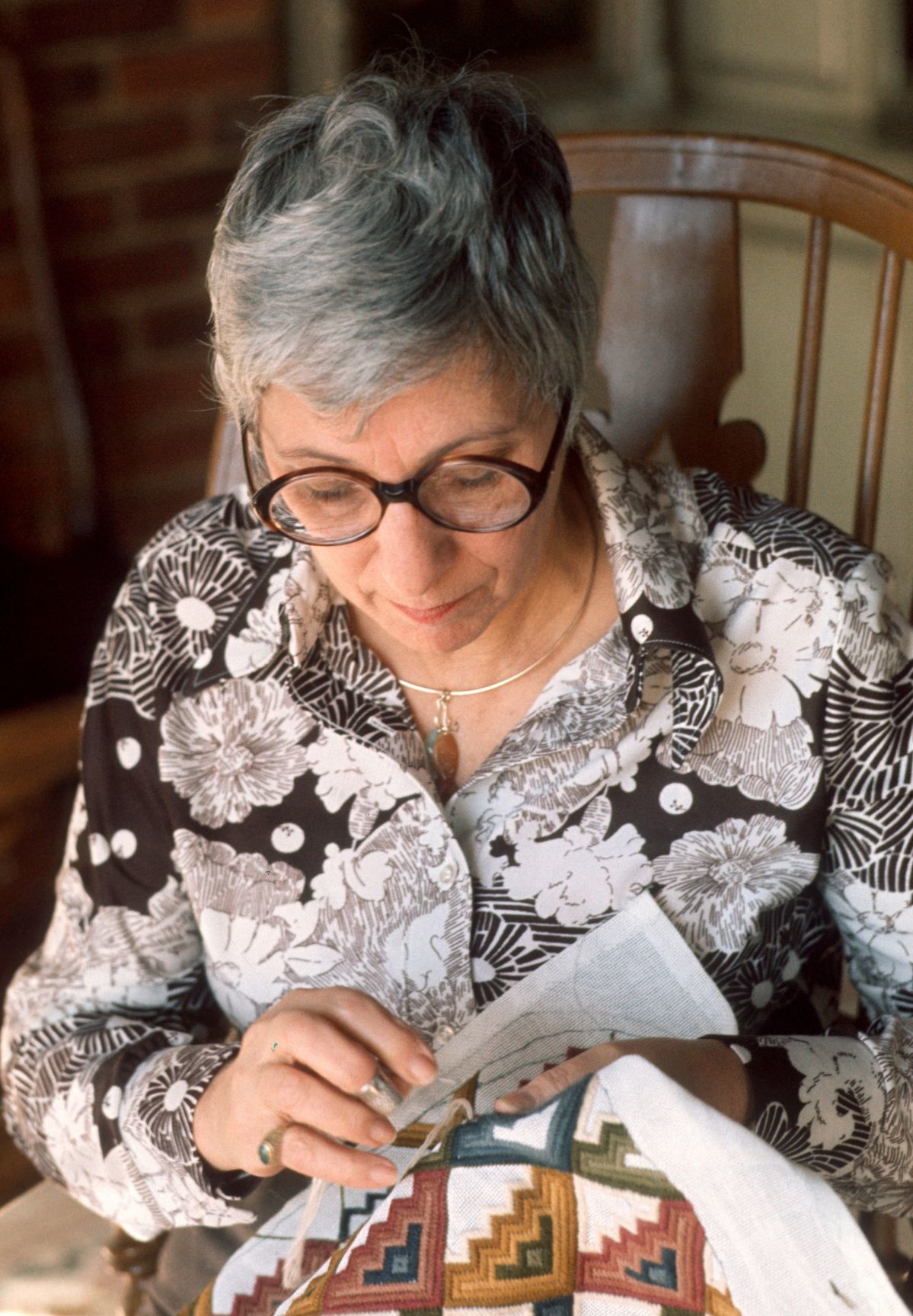 It took Sara Goldstein, seen in a photo from January 1977, eight years to create her masterpiece, a 14½-foot-long needpoint version of the famous 11th-century Bayeux Tapestry. Post-Dispatch file photo

It took Sara Goldstein eight years to create her masterpiece, an adaptation of the 11th-century triumph known as the Bayeux Tapestry.

Decades later, her daughter, Deborah Gaal, spent another eight years writing “The Dream Stitcher” — a novel inspired by the ancient work, by her mother’s version of it and by a fantastical interplay between them.

A 2018 finalist for the prestigious National Jewish Book Awards, “The Dream Stitcher” is Gaal’s first book. She will discuss it Monday at the St. Louis County Library .

A Jewish family saga with strong elements of magical realism, “The Dream Stitcher” tells a tender, imaginative story that moves between the Warsaw Ghetto and modern California.

Queen Mathilda — who, according to French legend, created the tapestry with her ladies-in-waiting to celebrate the great victory of her husband, William the Conqueror, at the Battle of Hastings in 1066 — plays a major role in the novel, too.

But why would Sara Goldstein have chosen the Norman Conquest as the subject for her engrossing, time-consuming, expensive, enormous and ultimately gorgeous project?

That question led Gaal to her plot.

But she never considered a needlepoint tapestry until she and her husband, Joe, built a house in Ballwin with a two-story, vaulted living room. She decided to hang a tapestry over the fireplace.

When the Goldsteins couldn’t find one that they liked for under $25,000 (a fortune in the 1960s), she decided to make one herself — and to base it on one of the most famous tapestries in the world.

“She did needlepoint for eight solid years, starting when she was 52,” says Gaal, 69. “She was very proud of it.”

Gaal, a graduate of Parkway (now Parkway Central) High School and Washington University, did not think much about it at that time; her mom was just sewing, as usual.

A drama major in college, Gaal got married, had two sons and gave up dreams of a stage career to take over the family business, Anchor Floor (later, under her management, AnchorMann Enterprises).

She turned out to be a natural, running the business so well that DuPont bought it. She continued to run the company, then branched out into business coaching.

But about 20 years ago, after a divorce, she moved to Newport Beach, Calif., and married her high school sweetheart, Chris Gaal. She enrolled in writing classes. And for the first time in years, she found herself thinking about Sara Goldstein’s staggering, 14-by-6-foot creation.

“I could not understand why my mother chose that subject,” Gaal says. The Bayeux Tapestry, she observes, “is about a war (between the Norman French and the English Saxons).

“You are bringing battle scenes into your home.

“But by the time I thought of that, I couldn’t ask her. She had Alzheimer’s. (Neither Joe nor Sara Goldstein is still living.) So I asked myself, why?

“Would you do it to save your family? Your community?

“It was a good jumping-off point for me.”

Goldye, the heroine of “The Dream Stitcher,” is a girl in Warsaw when her unusual gifts with the needle first appear. Sometimes the things she sews come to life.

Terrified of her inexplicable talent, she tells only her father. He apprentices her to a kind gentile who owns a fabric shop. Soon she’s decorating wedding gowns with designs that, people say, make the brides’ dreams come true.

By now a teenager, Goldye looks forward to a wonderful life — especially after she meets a clever charmer named Lev.

But after the Nazis invade Poland and cram the Jews into the Warsaw Ghetto, the whole world seems to turn against them. Lev is an early leader of the group that will begin a remarkably successful rebellion against the Nazis on the night of the Passover Seder: April 19, 1943. (Coincidentally, the seder this year also falls on April 19.)

Lev persuades Goldye to use her magic fingers to inspire the people of Warsaw, both Jewish and gentile, to defy the Nazis. She joins the Resistance with a design that, in the novel, plays a large role in the Warsaw Ghetto uprising — and that continues to exert its power, decades later, on Goldye’s daughter, Maude, who shares her California home with her own adult daughter, Rosie.

Alas, the actual Warsaw Ghetto rebellion had no access to magic. If it had, the Jewish and Polish freedom fighters might have enjoyed a triumph not only of morale but of military might. But Gaal feels the fantasy elements in her story enhance the already-remarkable reality.

“I like reading magical realism, so it doesn’t surprise me that that’s how it came out,” she says. “That makes it different from other Holocaust stories.”

Writing, she found, easily supplanted her early dreams of theater. “When I began taking writing classes, I thought, ‘Oh my God! I feel just the way I felt when I was acting!’” she says. “There are characters, scenery, sets. I just loved it.”

As for Sara Goldstein’s creation, over the years it has migrated. Joe and Sara Goldstein hung it again when they moved from their Ballwin house to a condo.

Then the Gaals displayed it in their house in Newport Beach. (“My husband did not realize he had married the tapestry heiress of St. Louis,” Gaal says.) Today, it hangs in the home of Gaal’s nephew, cardiologist Jeffrey Goldstein, and his wife in Springfield, Ill. “It’s appropriate to move it to the next generation,” Gaal says.

She hopes her story of the Warsaw Ghetto uprising will do the same.

Bestselling books for the week that ended Jan. 12

National, local favorites include 'The Boy, the Mole, the Fox and the Horse.'

Good news about aging for boomers and beyond

It took Sara Goldstein eight years to create her masterpiece, a 14½-foot-long needpoint version of the famous 11th-century Bayeux Tapestry, seen in a photo from January 1977. Post-Dispatch file photo

It took Sara Goldstein, seen in a photo from January 1977, eight years to create her masterpiece, a 14½-foot-long needpoint version of the famous 11th-century Bayeux Tapestry. Post-Dispatch file photo 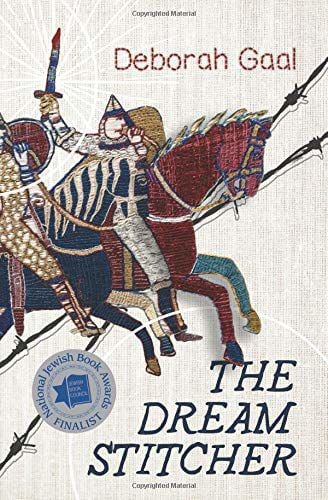 A novel by Deborah Gaal