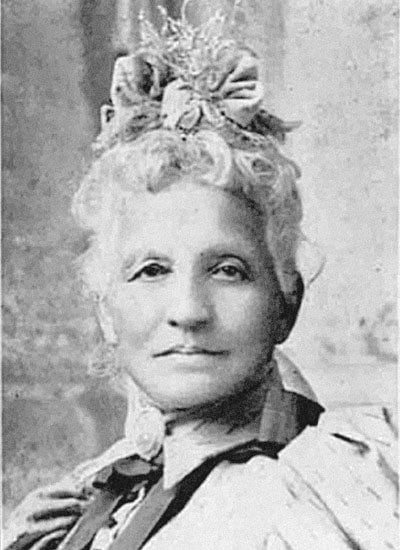 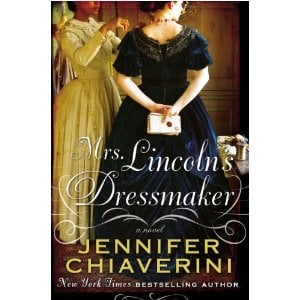 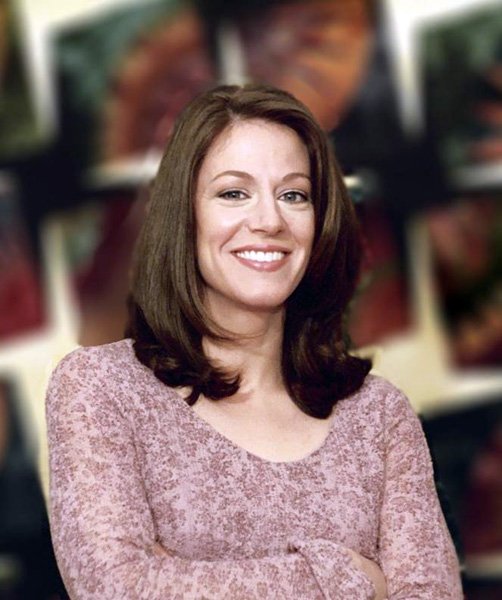 Author Jennifer Chiaverini is best known for her best-selling “Elm Creek Quilts” series, 26 novels and related volumes of quilt patterns and projects. A quilt figures into her newest novel, “Mrs. Lincoln’s Dressmaker,” but the focus is on human relationships.

“Dressmaker” amplifies a true story. Elizabeth Hobbs Keckley (1819-1907) was born into slavery, the daughter of a house slave and her first owner. Put to work at the age of 4, Keckley suffered from the indignities and brutality of slavery, but she learned to read and write, and to sew.

Her skill and entrepreneurial spirit served her well when her last owners, her half sister and her husband, moved to St. Louis. With hard work, Keckley was able to buy her freedom and that of her son. Eventually, she moved to Washington, sewing for the wives of Robert E. Lee and Jefferson Davis, among others, and becoming personal modiste — dressmaker, dresser, hair stylist, confidante and friend — to Mary Todd Lincoln.

In a telephone interview from her home in Wisconsin, Chiaverini said that while researching another Civil War-era novel, she came across a photograph of an exquisite quilt, typical of the 1870s, with intricate embroidery and emblems, and an unusual tassled trim. The provenance was uncertain, but it was attributed to Keckley, supposedly made from scraps of Mary Lincoln’s dresses.

“I thought of the hours they would have spent working together, doing fittings, chatting,” Chiaverini said. “I thought of what an eyewitness Elizabeth Keckley must have been and how wonderful it would be to be privy to those intimate discussions between Mrs. Lincoln and her friends.”

Working on another novel, years later, she learned of Keckley’s memoir. “Here, apparently, was a glimpse of those conversations I’d wanted to be a part of.”

Published in 1868, Keckley’s book, “Behind the Scenes Or, Thirty Years a Slave and Four Years in the White House,” is still in print. “It’s fascinating,” said Chiaverini. “It gives glimpses into the Lincoln White House and into life of this indomitable woman, who became free, who bought the freedom of her son, who moved in the highest circles.”

She was also intrigued by what Keckley omitted from her memoir: the details of everyday life in wartime Washington, “the smells, the sounds she heard. She must have left them out because she knew they would be very familiar to her intended audience, her contemporaries.”

Chiaverini wanted to fill in those gaps. “I was inspired to learn more about her and create one possible explanation of those different events, based on historical documents. The novelist’s work of making stuff up comes into it.”

To do that, she had to do considerable research, into life in wartime Washington and into those aspects of Keckley’s early life that shaped her.

The dozen years the future modiste spent in St. Louis were significant. “Elizabeth passed through the households of several different owners in her time,” Chiaverini said. The last was that of her half sister Anne, married to a financially inept lawyer named Hugh Gardiner.

“He was always in debt,” said Chiaverini. “He could never earn enough money to support his household. Elizabeth said that, as difficult as it is to be a slave in a large household, it is all the more difficult to be a slave in a small household. There are fewer hands to share the work, you never know where your next meal is coming from, you never know when you might be sold off, because you’re their one asset. There’s constant fear.”

Gardiner, she said, “was always fleeing creditors, chasing dreams: ‘Here I’m going to find my fortune.’” By 1847, Keckley was supporting the household of 17 people, slave and free, and working herself to exhaustion in the process.

Keckley asked her owner what it would take to let her purchase her freedom and that of her son; after many refusals, he set a high price, $1,200. “It was an enormous sum. She saved her own money, working herself to the brink of collapse.”

She finally decided to go to New York to seek a loan, when “one of her kind patrons just came rushing in her carriage to Elizabeth’s home and said, ‘Why should you have to go to New York? Let us come up with that money for you. We admire you so much; we should be the ones helping you, not some Northern strangers.’”

Keckley bought her freedom in 1855, paid off the loan, put her son in college and made her way to Washington in 1860. “It was because of the kindness and generosity of her customers in St. Louis that she was able to acquire her freedom at last. They were willing to lose the best dressmaker in town for the sake of her freedom.”

Once in the capital, Keckley quickly established both her skill and her integrity, and won the trust and the trade of the city’s leading families. When the Lincolns came to the White House, the first lady became the most important of those patrons.

Chiaverini used Keckley’s perspective to filter her depiction of Mary Lincoln. “Unfortunately, a lot of writing about Mary Todd Lincoln in her time and since has ventured into caricature. She’s been either a brilliant political mind and devoted wife, or a shrill, shrewish borderline insane woman who made President Lincoln’s life almost unbearable. That was not the woman Elizabeth Keckley knew. She knew the real woman, her wonderful characteristics and her faults.”

Keckley was hardly blind to the latter. Mrs. Lincoln “had good intentions, which sometimes led to rash actions that Elizabeth often tried to talk her out of. She was very impulsive and headstrong, and everybody knew that once Mary made her mind up, she was going to do what she was going to do. Elizabeth’s qualities of forbearance and tolerance allowed her to remain close to Mary Lincoln when her behavior drove other people away.”

They remained close in the aftermath of Lincoln’s assassination. But when Keckley published her memoir, Mary Lincoln turned away from her forever.

“These days, we expect tell-all books from anybody who can write,” Chiaverini said. “But in 1868, there was a terrible backlash. Her true friends stayed true, but she was denounced for daring to write about her ‘betters.’ As someone who took such great pride in her integrity, her dignity, her reputation, this was a devastating blow. She had lived her life in such an exemplary fashion, and to have it suddenly all taken away from her was a terrible blow.”

Keckley stood up to her critics, observed Chiaverini, pointing out their hypocrisy and their false assumptions. The modiste learned from the mistakes of the mistress, however. Mary Todd Lincoln could never let criticism go. “Elizabeth realized that protesting and railing against her critics was going to accomplish nothing; the way to prove them wrong was to live an exemplary life. And she did.”

Chiaverini has drawn a loving portrait of a complex and gifted woman, who devoted much of her time and money to helping other former slaves and who happily reunited with her white half siblings after the war. Late in life, impoverished and without close family, she moved to the National Home for Destitute Colored Women and Children, which she herself helped to found. “Mrs. Lincoln’s Dressmaker” helps to illuminate the path on which her long and remarkable life led her.

David Von Drehle deftly explores leader's development in 1862 as the Union withstood the horrors of the Civil War.