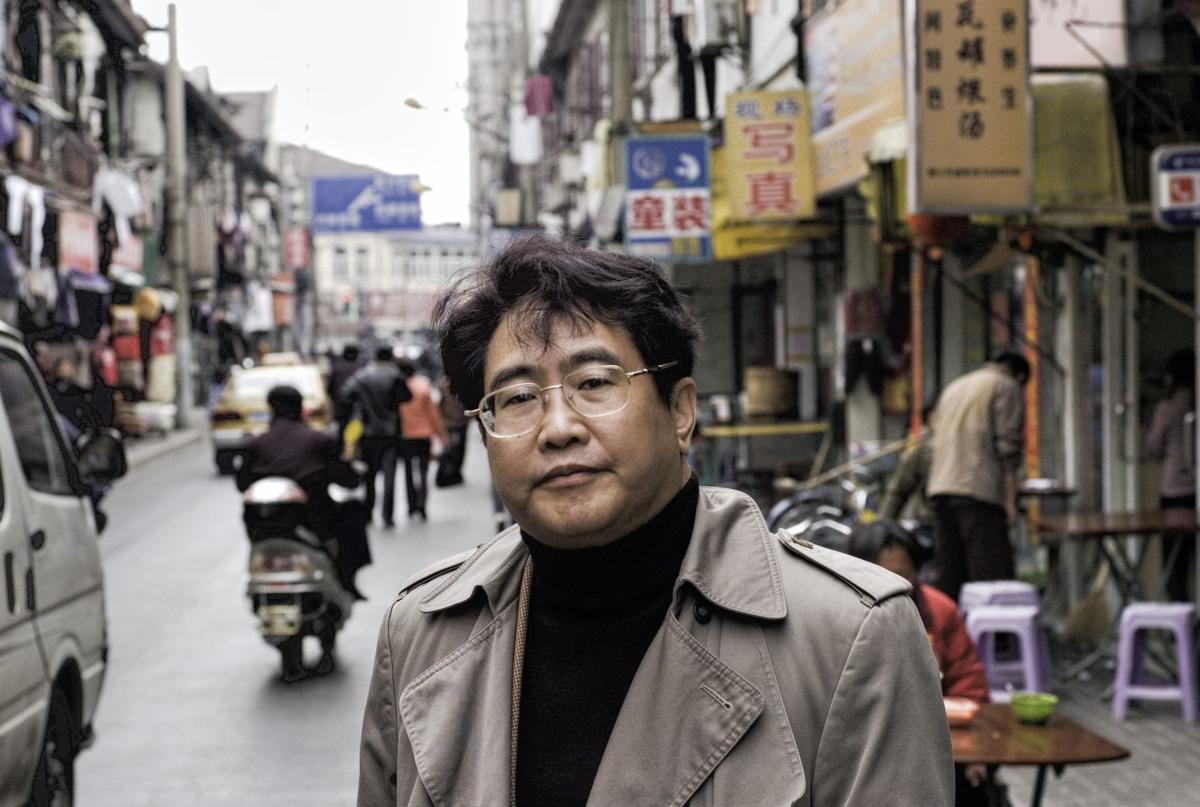 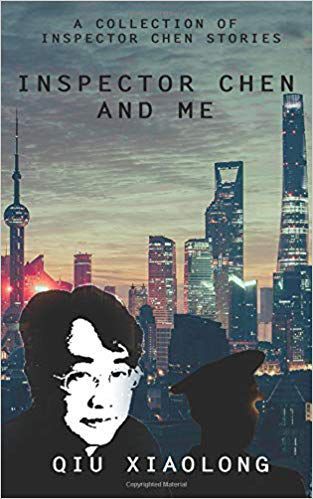 "Inspector Chen and Me"

When I asked Qiu Xiaolong recently for an interview, the mystery writer invited me to his spotless, two-story home in Valley Park where he has lived 20 years with his wife, daughter and mother-in-law.

“I’m an extraordinary noodle chef, according to my daughter,” Qiu, 66, told me. “And we can also have some very good tea afterward.”

Indeed, the tea — black, loose leaves — was satisfying. We sat at the family dining table while lunching on beef noodle soup, topped with fresh spinach, with a hint of Chinese five spices. The broth had cooked several hours.

“Cooking is like writing,” said Qiu, the family chef when he is not on the road at book signings and conferences, mostly in Europe and Asia. “You have to have imagination.”

He had sent me his latest book, “Inspector Chen and Me,” and I wanted to learn more about why he wrote it, invoking his Shanghai police detective, and to hear his observations on China today.

Given the turmoil between the United States and China on several fronts — trade, cyber theft and security, trademark and copyright infringement, currency manipulation and even, possibly, armed conflict in the South China Sea — it made sense to ask this Shanghai native with an American passport for his insights.

He closely tracks cultural and political developments in China, he said, and can do so despite the “Great Fire Wall” the government has built to block internet access for its citizens. He and they use VPN (virtual private network) software to stay in touch.

“We climb over the wall,” he said with a laugh.

Qiu Xiaolong (pronounced chew shao-long) travels frequently to China. His most recent trip was late last year, when he participated in conferences for translators in Nanning, the capital of Guangxi Province in southern China. What did translators want to discuss?

Qiu had presented an academic paper on what he calls bilingual writing.

“We have to have linguistic sensibility when we translate into English,” he said, referring to one of the major issues in translating, particularly between Chinese and Western languages. And English into Chinese.

“In my paper about bilingual writing,” Qiu explained in a follow-up email, “I argue that each language has its own linguistic sensibilities (or ways of expression unique to one particular language), and that bilingual writing makes it possible to transplant the linguistic sensibilities into each other [language], which is one step further than translating. In bilingual writing a writer also pays more attention to his implied readers — not just the readers of his own language and culture, but also the readers foreign to his own language and culture.”

First, excellent beef noodle soup, and now this on linguistics. As I have learned over the years of reviewing several of Qiu’s books, he’s a mystery writer with a scholarly bent — and loves to discuss the details of his books.

He earned his doctorate in comparative literature at Washington University and has translated classical Chinese poetry into English. Inspector Chen is known to his readers as an aficionado of the classics — as well as tasty, even challenging Chinese dishes.

What’s an example of bilingual writing?

For Americans who regard the Bill of Rights and privacy as their birthright, that’s a useful insight into the vastly different culture the United States is confronting.

However, Qiu explained in his email, “We have a Chinese word, yinsi, [which is] close to the meaning of privacy, but the Chinese word [carries] a lot of negative connotations, which then [means] something so shady, dark, you cannot share with others.

“So at that time I had to add notes about the then-unfamiliar concept in translation, and in my own writing, to use the word in an unmistakable positive context.”

But, Qiu notes, China seems to be changing in this regard: The concept of privacy “has become more acceptable to young Chinese people nowadays, but the Chinese [internet] cops still act in a way of disregarding privacy.”

Speaking of change in China, many of its citizens are encouraged by the trade war President Donald Trump has launched. “They want Trump to make China change,” Qiu said.

He has witnessed new attitudes in recent years toward the influence of other countries.

“In the past, when China was engaged in some disputes with other countries, the netizens, especially those who leave comments online, were mostly patriotic, and sided with the Chinese government,” he wrote in his clarifying email.

“But this time, in the midst of the US/China trade war, quite a number of Chinese people who post comments online are more objective, and some even argue that it takes Trump to deal with the Chinese government.

“People are more and more dissatisfied and disillusioned with the current Chinese regime. And so is my Inspector Chen.”

This gets to the pretext for the interview and the excellent soup.

Why did Qiu write “Inspector Chen and Me” and have it published by Amazon without benefit of an editor?

He’s been frustrated that his most recent publisher, St. Martin’s, which released his last six Inspector Chen mysteries, has been slow to release his forthcoming book — especially when publishers in Italy, France and Germany have been months faster — and that includes translating from English, in which Qiu writes. (He even has a new French comic-book version of one novel, “La Danseuse de Mao.”)

So he’s looking for a new publisher and hasn’t found one yet. He said he’s never had an agent. He has taken care of the publishing details himself. Now he wants to hire someone to help him find and deal with an American publisher.

“Inspector Chen and Me” seems to combine both fiction and nonfiction. Is it part memoir, since it tells much about his childhood in Shanghai?

“You can call it a memoir,” Qiu wrote. “For me, it’s more like an experiment of mixed genre writing. One reason … is to answer a question most frequently asked by my readers: How much of Inspector Chen is me, or vice versa?”

The similarities are striking, but Inspector Chen is on the front lines, working as an incorruptible police official, yet he has to deal with Communist Party officials who are constantly watching him.

He’s always running into corrupt and oppressive officials. Qiu understands this well, since he grew up during the Cultural Revolution that turned so many Chinese lives upside down and harmed so many from 1966 through 1976.

Qiu’s father owned a perfume factory before the Communists came to power in 1949. Thus he was known as a “black monster” because, under Chairman Mao Zedong’s edicts, he was a “capitalist,” Qiu writes in “Inspector Chen and Me.” And young Qiu was a “black puppy.”

Mao distrusted and punished intellectuals, and Qiu wanted to become one. Little wonder he ended up at an elite American university and becoming a U.S. citizen.

Qiu’s website (qiuxiaolong.com) says 2 million copies of the Inspector Chen series have been sold worldwide and translated into 20 languages. Last year the BBC turned his stories into nine radio dramas.

With luck, Americans won’t have to wait too long for the English version of his latest mystery. Its ironic title? “Hold Your Breath, China.”

Repps Hudson is an adjunct professor and freelance writer who lives in University City.

"Inspector Chen and Me"