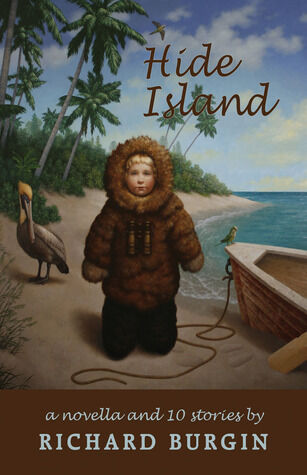 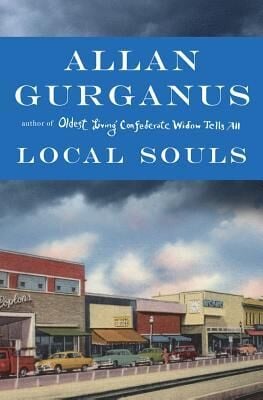 In new story collections “Hide Island,” by St. Louis writer Richard Burgin, and “Local Souls,” by Allan Gurganus of North Carolina, characters drift, fight and flounder their way through life’s calamities. In Burgin’s stories, no matter how despairing or desperate the character, there’s always a sense of life’s tragic-comic absurdity. As for Gurganus, the author of “Oldest Living Confederate Widow Tells All” says he’s “tried to write the funniest books possible about the worst things that can happen to people.”

Many of Burgin’s characters, like the hero-father in “From the Diary of Invalid,” are “baffled by the universe.” The father, who lives in St. Louis, suffers from a mysterious sciatic-type disease. So, it’s not surprising that he lives a life of the mind and that he and his son co-create stories. Other Burgin characters find it difficult to move and live without pain, literally and metaphorically.

Some of Burgin’s characters are college-educated failures, others former strippers and druggies. Sometimes they’re loony like Irene, or impotent like Paul, who was sexually abused by his mother.

In the title story, “Hide Island,” Justine is a maid for the 60-ish Mr. R. Instead of cleaning for him, Justine spends most of her time listening to him tell stories he claims his son Chris, now deceased, had written. Mr. R’s condominium is a museum to Chris, with photographs of him throughout. As Burgin deliberately lays out the story, neither Justine, young but worldly as she is, nor the reader can determine whether Mr. R is some sort of mysterious pervert or merely a man who dearly misses his dead son.

In “The Reunion,” 63-year-old Paul is in Boston when he meets Irene, who claims she’d met him once in Philadelphia 14 years ago. He fails to remember her. She tells him that she’d listened to him talk over dinner and took money, $50 and $100 bills that he passed across the table to her, seemingly payment for listening to his story about his mother mistreating him. Irene claims she wants to apologize to him now for walking out on him then and taking his money. She invites him back to her apartment to apologize and seduce him like his “wicked witch-woman” of a mother used to.

Rina is bored with her life and fed up with her boyfriend’s drug use. Rina gives Stacy an ultimatum: Think of something to do or she’s leaving. So they decide to leave, for a while, what they consider their tomb in Fort Lee, N.J. to go on a short trip to the Atlantic City area. That’s where Stacy has fond memories of swimming with his father and where his friend and pusher lives. Little good will come of this trip.

After the death of his mother, Oedipal Barry goes to Chicago, where he (claiming his name is Bill) meets an older woman. He lies, pretending he’s a writer, and lets her seduce him. Barry makes a dubious claim of “vindicating” his mother, who really loved him, after what he does to Marianne.

If there’s a tiny comic prop in the curtain behind a serious Burgin story, expect an absurd prop brought center stage in an Allan Gurganus story. It’s been more than a dozen years since Gurganus’ last book, but with “Local Souls” we’re back in Falls, N.C., again, the conjured town of his previous fiction.

Of three novellas, the two best are “Fear Not” and “Saints Have Mothers.” When you read about one mom (with a strange nickname) trying to find the son she gave up for adoption and about another mom struggling to raise a precocious child, expect a macabre sense of humor, sardonic logic and Damoclean threads of fate.

“Fear Not” (that’s the novella and Susan’s nickname) reveals the story behind the couple an anonymous narrator meets at a high school production of “Sweeney Todd.” Obsessed, the narrator Googles them, researches microfilm and works himself cross-eyed digging up their history.

The digging done, he “swears to God at least 81%” of the story’s true, just before Fear Not’s father is decapitated by a boat. A crowd gathers to gawk at the scene as the widow scoops up her husband’s grinning head in a net designed to catch bass. One person yells “Gross-out!” Another, taking a picture, asks, “Think I need the flash, Ed?” And that’s just the beginning of Fear Not’s history.

Jean’s the mom struggling with the precocious Caitlin in “Saints Have Mothers.” Jean’s no intellectual lightweight: at 19, she published a poem in the Atlantic Monthly and has an IQ of 156, 161, 163, or 171 depending on which day she mentions it.

Teenage daughter Caitlin quotes Wallace Stevens, rereads French essays and is fond of bilingual puns. On top of that, she’s movie-star-gorgeous. She’s also preoccupied with world hunger, especially in Africa, where she plans to spend her last high school summer vacation doing good deeds, along with hitchhiking and skinny-dipping with tribesmen. Her trip results in her apparent fatal undoing, reported on the back pages of USA Today, right below bad future gas prices.

There’s plenty of farce and stark pathos in Falls, plenty of sin and bathos. As the anonymous local soul puts it, the “Same events that overwhelm Greek dramas live on side streets paying taxes in our smallest towns.”

Joseph Peschel, a freelance writer and critic in South Dakota, can be reached at joe@josephpeschel.com.

A novella and stories by Richard Burgin

A novella and stories by Richard Burgin

Editors of literary journals find the lure of the short story

But writers find it hard to get attention for their work.