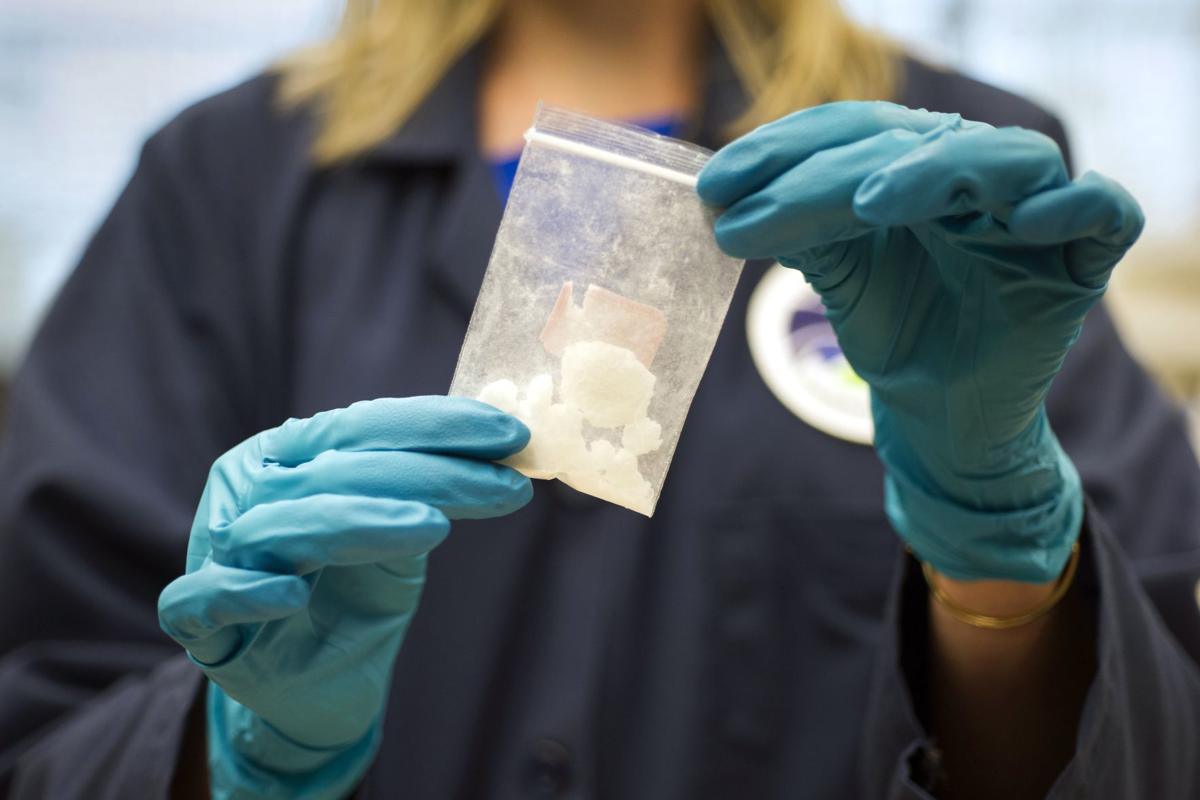 A bag of fentanyl that was seized in a drug raid is displayed at a Drug Enforcement Administration lab in Virginia. 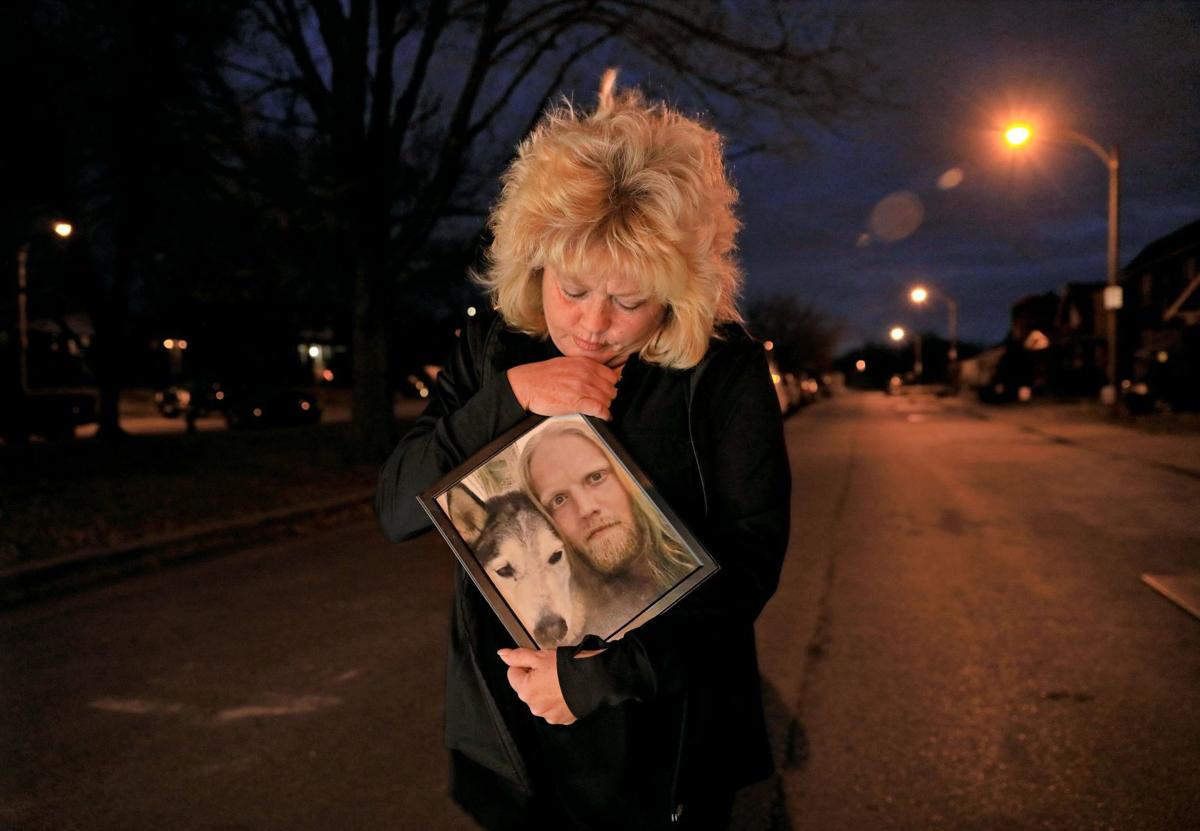 Patricia Gillis holds a picture of her son Robert Patrick Stief outside their home in the 4900 block of Reber Place in St. Louis on Dec. 11, 2017. Her son died of a heroin and fentanyl overdose at the age of 35  in his bedroom at their home. "We tried everything. I even tried locking him in his room" said Gillis.

By Kelsey Ronan Special to the Post-Dispatch

Overdose claims 70,000 lives a year, killing more Americans under 55 than anything else. Behind many of these overdoses is fentanyl, a cheaply produced morphine derivative 50 times stronger than heroin. Fentanyl is both easier to procure and harder to track through dark web sales. The drug is also reaching into other corners of the drug market, cut with meth and cocaine and sold as dupes for other pills. With this surge of fentanyl, opioid-related deaths are expected to increase 147 percent by 2025.

The second book by St. Louis writer Ben Westhoff, “Fentanyl, Inc.,” relates these numbers and explains the crisis — its origins, its mechanisms and the potential to combat it — through a hybrid form. The book is a history lesson on American drug use and drug laws, a crash course in chemistry and neuroscience, a multifaceted portrait of addiction and a look at how harm reduction programs can atone for the failures of the War on Drugs.

In summation, “Fentanyl, Inc.” is a finely woven and accessible analysis of the connection between university chemistry professors, dark web sales, drug cartels, law enforcement, and the dealers and addicts dependent on it.

Fentanyl was synthesized in 1959 by Belgian chemist Paul Janssen as a result of his experiments with the chemical structure of morphine. The drug was a major advancement in life-enhancing medicine, used in epidurals and anesthesia: “Fentanyl made it possible for the first time to perform lengthy operations and … heralded a revolution in the operating theater.”

By the 1970s, fentanyl’s formula had been hijacked, appearing on the streets as China White — a mythically powerful high sought by heroin users. By the 1990s, the aggressive marketing of OxyContin led to the overprescribed seeking street alternatives. Soon, the increasing demand for opioids was being met by synthetic fentanyl largely sourced from Chinese labs, sold online and shipped discreetly to a buyer’s door.

Fentanyl, Westhoff explains, isn’t the only drug thriving in online sales. Increasingly, recreational narcotics are not plant-based but “designer drugs,” synthetic analogues often legally produced in overseas labs. The same markets distributing synthetic opioids are shipping synthetic party drugs such as MDMA and cannabinoids like Spice and K2, with concoctions that lead to seizure and overdose. Posing as a buyer, Westhoff journeys to China to infiltrate these labs, treated hospitably by wealthy Shanghai chemists. In China, fentanyl is illegal, and punishment for narcotic possession is strict; there are, however, government subsidies for the production of fentanyl. “The Pablo Escobars of today are coming out of China, and they don’t have to worry about being imprisoned by their government,” Westhoff writes.

As drug sales move from the streets to the dark web, the end of the crisis is nowhere in sight: “Decades of War on Drugs practices have failed to promote policies experts believe will help addicted users break their habits, all while resulting in the needless incarceration of generations of nonviolent offenders.” Rather, Westhoff looks to harm-reduction programs in Europe and nonprofit organizations such as DanceSafe, which provides MDMA testing kits at raves and festivals, as models for how to manage addiction and save lives.

Westhoff’s first book, “Original Gangstas,” profiled rap group NWA and the evolution of West Coast hip-hop. Westhoff is a skilled and empathetic biographer, and this gift serves the composite of the dealers, users and bereaved of “Fentanyl, Inc.” Throughout the book are the human faces and voices of the crisis: their insights, their histories.

Framing the book is the story of 18-year-old Bailey Henke’s fatal fentanyl overdose and the efforts of the bereaved community of Grand Forks, N.D., to honor him and to aid in the “widest-ranging fentanyl investigation in history,” Operation Denial.

Grand Forks Mayor Michael R. Brown tells Westhoff: “Bailey’s death shocked us to our core and caused the community to look deep within itself. Because we’re in the Midwest, we think we’re isolated from these types of things, but I’m very proud of our response.”

It’s in this focus on the human cost of the crisis, of empathy over criminalization, that this accomplished book feels most urgently important.

Kelsey Ronan is a fiction writer and director of Writing Workshops Detroit.

A bag of fentanyl that was seized in a drug raid is displayed at a Drug Enforcement Administration lab in Virginia.

Patricia Gillis holds a picture of her son Robert Patrick Stief outside their home in the 4900 block of Reber Place in St. Louis on Dec. 11, 2017. Her son died of a heroin and fentanyl overdose at the age of 35  in his bedroom at their home. "We tried everything. I even tried locking him in his room" said Gillis. 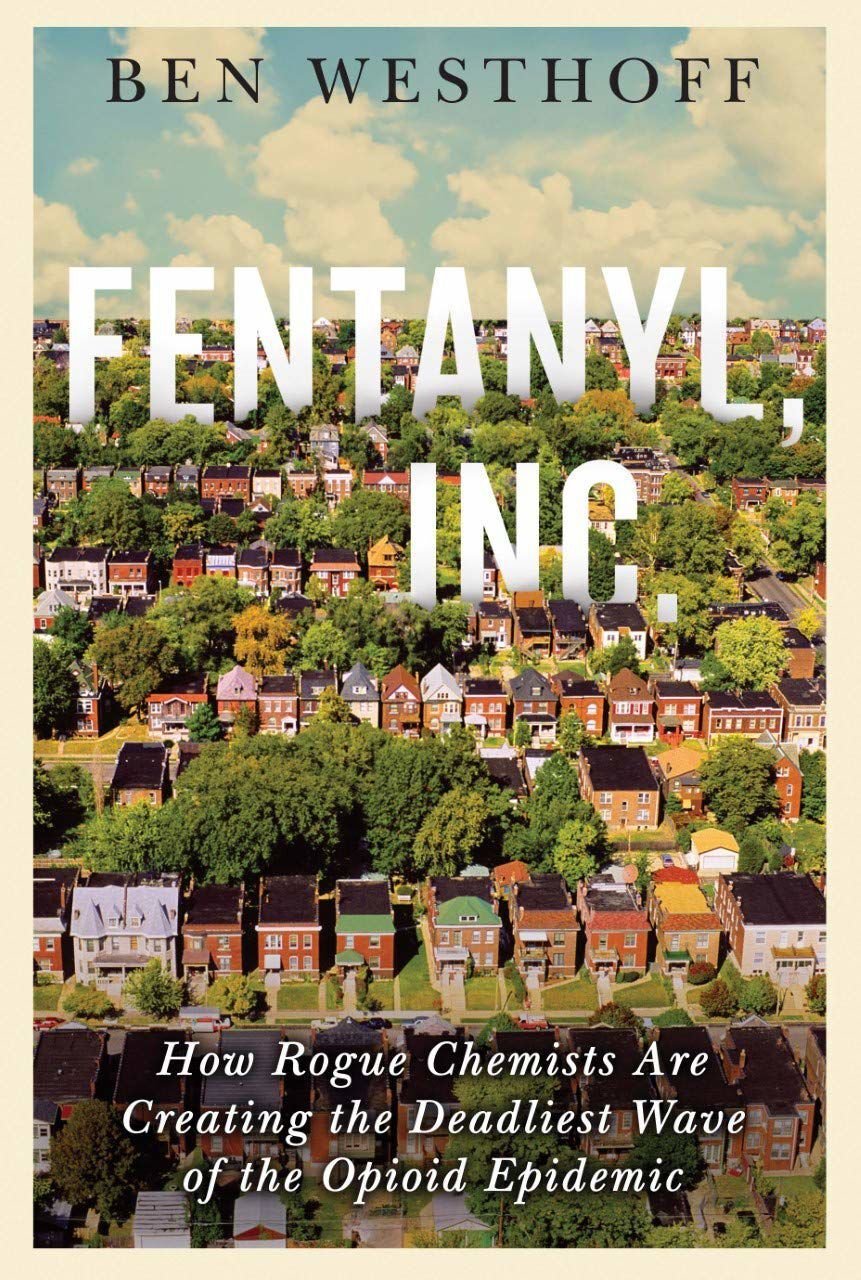 "Fentanyl, Inc.: How Rogue Chemists Are Creating the Deadliest Wave of the Opioid Crisis"