Charlie Gitto remembers ballplayers, celebs and ravioli in final memoir
0 comments
Share this
Subscribe for $1 a month
1 of 2 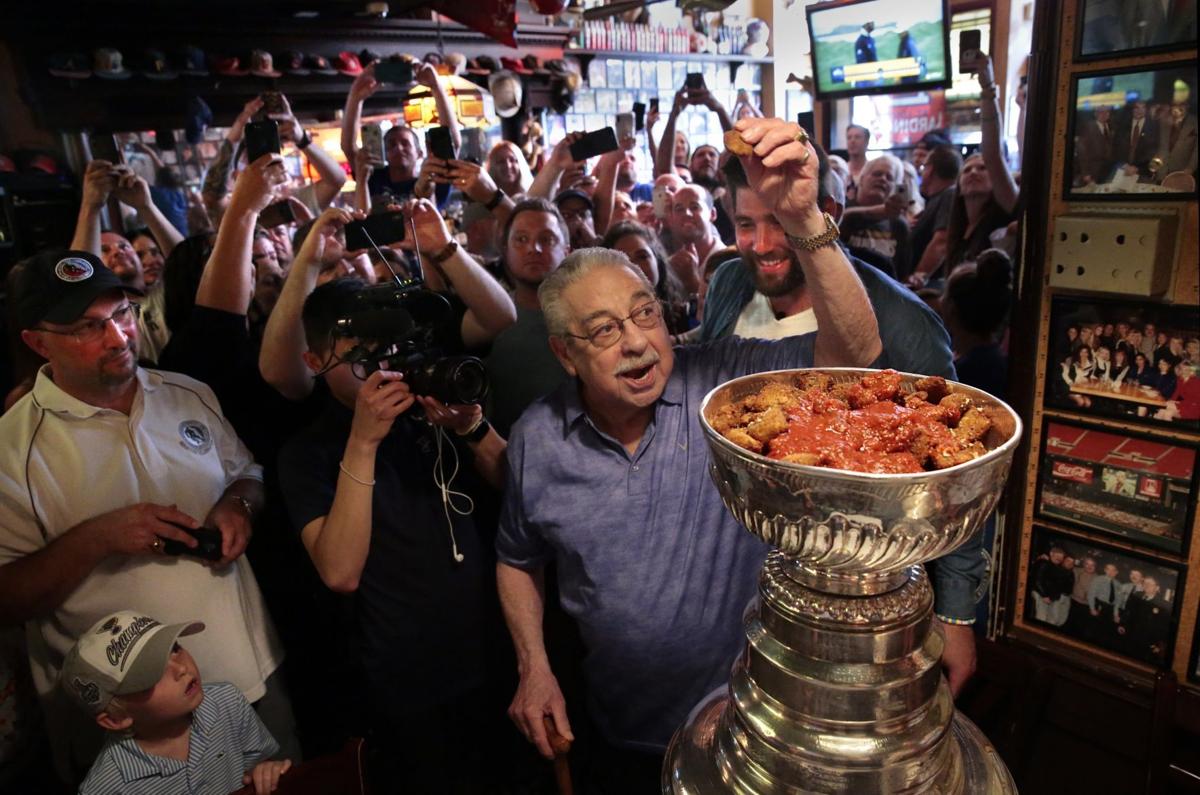 Charlie Gitto Sr. raises a toasted ravioli from the Stanley Cup on July 20, 2019, at his namesake restaurant with Blues player Pat Maroon. 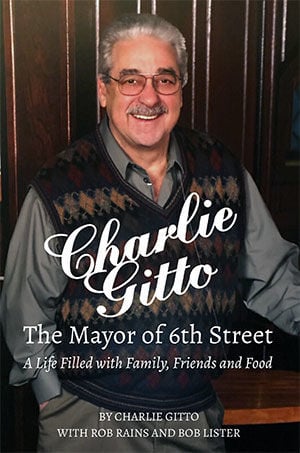 By Charlie Gitto, with Rob Rains and Bob Lister

For 46 years, Charlie Gitto ran Charlie Gitto’s Pasta House in downtown St. Louis, earning the nickname that serves as the subtitle of this memoir: “The Mayor of 6th Street.”

He died on July 4. But by then, he had wrapped up his autobiography, as told to friends Rob Rains and Bob Lister.

The story begins — where else? — on the Hill, the heart of Italian-American St. Louis. As Gitto puts it: “The Hill was like Little Italy. Almost everybody, at least the older generation, was from the old country. You knew everybody, especially the kids, because you walked everywhere you went and other than your parents going to work, nobody ever had to go very far from your home to go to the store or the park or my favorite place as a kid, the movie theater.”

As a young man, Gitto worked at many a local restaurant. But in the mid-1970s, he finally got to run his own eatery. As friend Steve Savard writes in the book’s introduction: “Restaurants don’t remain profitable for almost five decades, but landmarks do. Charlie Gitto’s is a destination. And Charlie himself was an icon.”

Its Sixth Street locale put Gitto’s within walking distance of Busch Stadium. Before long, his restaurant became a destination for players and managers, home teams and visitors.

Take Dodgers manager Tommy LaSorda. Gitto gives the chatty LaSorda an entire chapter in this brief book. To this day, the wall beyond the restaurant’s prime table bears a plaque that reads, “TOM LASORDA’S TABLE.”

Mind you, Gitto turned cool toward some of his famous customers, like singer Tony Orlando. One night, Gitto writes, Orlando “came into the restaurant and told my son, ‘I’m a good friend of your father’s. We go way back.’ We have never met. He had a lot of people with him and they racked up a bill of about $700. When they were finished he just said, ‘Thanks very much,’ and walked out, never offering to pay. He didn’t even leave a tip.”

The book covers only 166 pages, 34 of which are filled with photos — many of them autographed by his celebrity customers. One photo shows a drawing of Gitto arm-in-arm with a regular customer — the late Amadee Wohlschlaeger, for years the artist behind the Post-Dispatch’s daily Weatherbird cartoon. For those same years, says Gitto, “he was here for lunch every day, sitting at the bar beside me.”

Making customers feel welcome is essential for restaurants, Gitto says. “One of the things I decided early on that I was going to do was say hello to everybody who comes in, to stop at every table and make sure that everything was all right. I tried to make friends with everybody. I think that has always been one of the reasons I have survived in this business and outlasted a lot of other restaurants.”

Late in the book, Gitto sighs at downtown’s problems with crime and violence. Despite his closeness to Wohlschlaeger, Gitto blames most of the problems on the press.

Some readers might sigh at the fact that Gitto’s copy-editing skill falls short of his culinary mastery. Others may find themselves thinking that the memoir reads a lot like a Jerry Berger column, with names dropped left and right.

Still, everybody will enjoy a photo of Gitto, at his restaurant, reaching into hockey’s Stanley Cup last year to pull out a piece of toasted ravioli.

Oh — Gitto also insists that he knows who invented toasted ravioli, and where, and when. Will that settle the question forever? It’s improbable, if not impastable.

Brian Carp gives a preview inside the 3,000-capacity Factory at the District in Chesterfield. The venue will feature many genres of music, and officials aim to open in early 2021.

Over the years, our Special Request column has had many requests for recipes at Charlie Gitto's. Here are a few the restaurant shared with us.

Charlie Gitto Sr. raises a toasted ravioli from the Stanley Cup on July 20, 2019, at his namesake restaurant with Blues player Pat Maroon.

By Charlie Gitto, with Rob Rains and Bob Lister