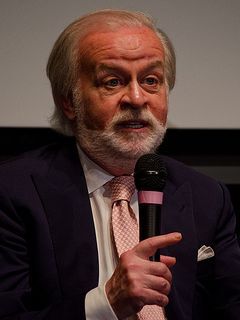 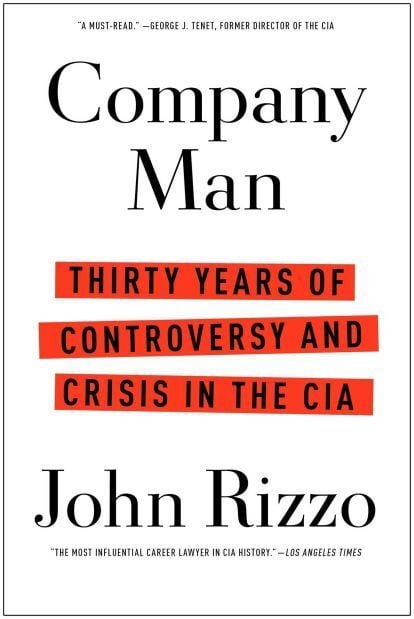 John Rizzo went to work for the CIA as a young lawyer in 1976. He stayed until 2009, when Congress was on the brink of rejecting his nomination to be the agency’s No. 1 lawyer. He tells his story in “Company Man,” subtitled “Thirty Years of Controversy and Crisis in the CIA.”

Before the presses began rolling on the book, the CIA edited out some details. (The insider term for this process: “fuzzing up.”) That makes many parts vague — for example, a visit to a city described only as “a major European capital,” or a trip to a so-called “black prison” operating in “a hot and dusty locale.”

But many details come forth. Most concern what Rizzo calls “enhanced interrogation techniques” of terrorism suspects. Critics like Sen. John McCain call those techniques “torture” — waterboarding and the like. After the terror attacks of Sept. 11, 2001, most of the book focuses on the hue and cry stirred by waterboarding.

Still, the subtitle’s promise of “controversy and crisis” tends to get lost in the prose. Rizzo notes at one point that “the CIA, for all its legend and mystique, is at bottom a large federal bureaucracy.” Much of Rizzo’s book focuses on the details of bureaucracy — the turf wars, the careerism, the butt-covering, all sprinkled with heavy doses of governmental acronyms. On Page 188, for example, readers must trudge through 16 such acronyms — and Page 188 probably falls short of the densest prose. Here’s a sample of Rizzo’s lawyerly and bureaucratic account:

“Jack Goldsmith insisted that the OLC had never ruled on the question of whether or not the EITs violated the ‘substantive’ terms of Article 16, meaning that they constituted ‘cruel, inhuman or degrading treatment’ of the CIA detainees. The OLC contended that its conclusion was narrowly drawn on ‘jurisdictional’ grounds: Since the EITs were being conducted outside the United States, the OLC concluded that Article 16 simply did not come into play. The OLC’s view was that there was no need to rule on the ‘substantive’ question, since the ‘jurisdictional’ grounds affectively took Article 16 out of the picture.” Phew.

Still, to be fair, Rizzo writes better than many lawyers and now and then displays a keen sense of humor. (He liked working for CIA Director Leon Panetta, noting Panetta’s habit of dropping the F-bomb frequently.) He also has kind words for George Bush senior and junior and Dick Cheney. He snipes at McCain, Kit Bond, Bill Clinton, Nancy Pelosi and Valerie Plame’s husband, former Ambassador Joseph Wilson, a “publicity-seeking, preening blowhard.”

And although he disagrees with White House aide Harriet Miers’ opposition to the rough handling of terrorism suspects, he salutes her as a woman of honesty and integrity.

One bonus of the book lies in its description of the psychological curiosities of working for the CIA. Rizzo says early on that he was careful about who he told for whom he worked. “For one thing,” he writes, “you can never be sure who you are talking to. Besides, dropping the CIA name to people you don’t know frequently prompts questions like ‘No kidding! So what kinds of things do you work on?’ Which obviously, you can’t talk about. Of top of that, you then have to endure a lot of dumb James Bond or Maxwell Smart jokes.”

Believe it — “Company Man” is no joking matter.