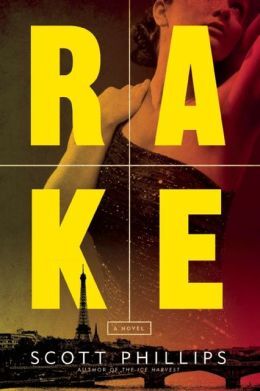 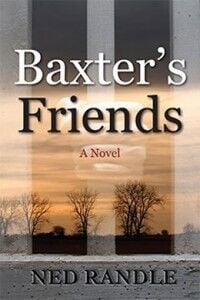 Two years ago, St. Louis novelist Scott Phillips gave us “The Adjustment,” a thriller set in postwar Wichita, Kan., and narrated by a hero who’s a schemer, a liar, a cheat and a man given to violence.

Phillips gives a vastly different time and place to his new thriller, “Rake,” which unwinds in today’s Paris. Still, “Rake” is narrated by a hero who’s a cad, a bounder, a liar, a roué and a man given to spates of violence.

The new narrator is an actor who plays a doctor in a TV soap opera that is suddenly a smash in Europe. The actor spends his time in Paris promoting the program, trying to round up money for a movie he wants to make — and enjoying his celebrity status.

As he puts it, “It’s great, getting treated like something special. Free stuff, brazen women — especially women who are normally demure but who get sexually aggressive when they see a celebrity — preferred seating everywhere I go: Yeah, this is pretty much the life you imagine it is. And it’s great.” Great, that is, until he runs afoul of a lover’s husband, and the violence begins.

Readers who are squeamish about sex and violence — especially sex and violence carried out with a casual air — may want to leave “Rake” on the bookstore shelf. But readers curious about how a writer can let a thoroughly nasty human being carry a story could do a lot worse than “Rake.”

More local color comes from Ned Randle, who lives in Smithton, near Belleville, and works at a law office in St. Louis County. He got his law degree from St. Louis University. Fortunately, he also studied writing — at Washington University, Webster University and Southwestern Illinois College. Randle seems to have paid attention in those writing classes, because his first novel, “Baxter’s Friends,” shows real promise.

Randle sets his terse tale in the St. Louis area in the fall of 1984. The opening sentence tells readers that the Baxter of the title — muscular auto mechanic Jerry Baxter — sits behind bars in a ﻿jail. The rest of the story lets readers know how Baxter came to be behind bars — and the role played by his friends, chubby accountant Hugh Ferguson and slick realty agent Al Mitchell.

That description makes “Baxter’s Friends” sound like a crime thriller. Actually, the book is more a novel of character, even though the main actors — the three friends of the title — lack the poise, elegance and intellectual depth so often associated with novels of character. But all three face the frustration of approaching age 40 without having lived exciting lives. One night, they talk about it at a bowling alley’s bar:

“ ‘Sure, you’re getting older,’ Mitch continued. ‘We’re all getting older, too; me and you. Baxter. Sometimes you think you’re the only person getting older, that everyone else is staying the same age but you’re getting older. But Christ, Hugh, it happens to everyone. Read the obituaries. Hell, President Reagan turned seventy-three this year. You’d think if anyone could stop the train it would be that lucky Irish bastard.’

“Mitch turned toward Ferguson. ‘The trick, Hugh, is not to sit here and take it. I, we, all of us, the three of us, we need to find something to put some excitement back in our lives. And I don’t mean going on another goddamn float trip down the Meramec River this fall.’ ”

Two of them find excitement, and then all three find disaster. OK, Randle lost me when he let his Baxter character drift off in his cell into daydreams about his mother’s Sioux ancestors.

But the rest of “Baxter’s Friends” left me hoping Randle spends more time at a keyboard than he does in a courtroom.

A novel by Scott Phillips

A novel by Ned Randle

A novel by Scott Phillips

A novel by Ned Randle