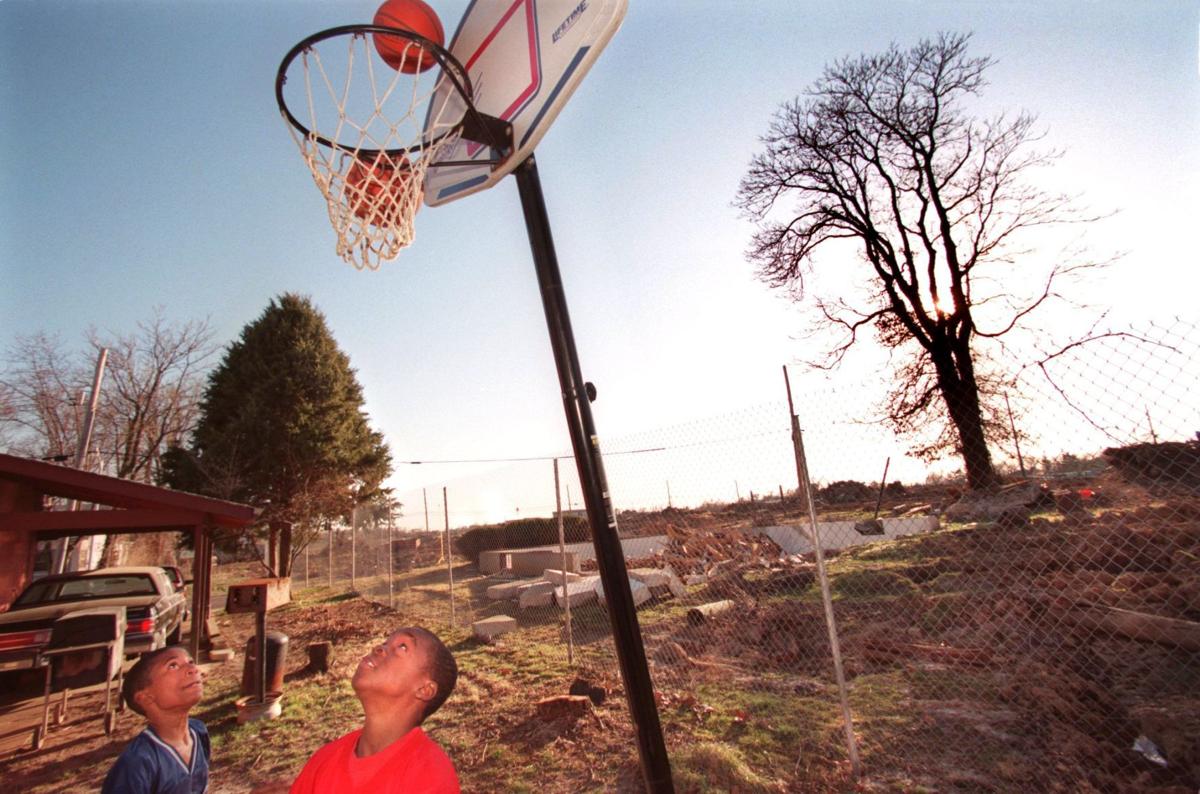 Steve Earl, 13, left, and Jeremy Maclin, 10, play a game of basketball in Earl's Meacham Park backyard on March 1, 1999. The Earl family's yard bordered the property line where developers had cleared the western half of the predominantly black community to make room for a $56 million retail center. 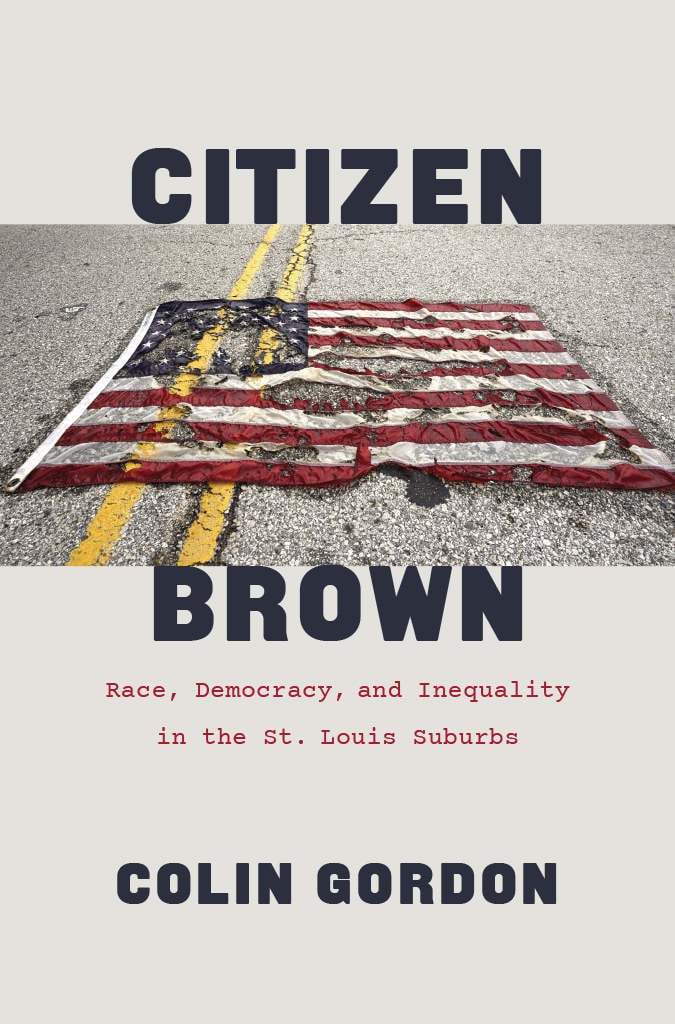 One day in 1955, neighbors along Geitz Avenue in Elmwood Park learned they owed the city of Olivette back taxes. Worse, Olivette was going to seize their homes and auction them for payment.

A majority African American enclave in unincorporated St. Louis County, Elmwood Park was older than Olivette by some 40 years. Platted in 1892, the area was rapidly developed by former slaves and their children due to its rare pairing of optimal location with a reasonable price. The subdivision offered affordable $25-$50 lots and proximity to St. Louis’ economic opportunities, via the Page streetcar line, minus the drawbacks of city congestion.

From this long-settled vantage, Elmwood Park watched Olivette and Overland grow around its borders. What Elmwood Park’s residents did not suspect until too late was that Olivette had annexed a portion of their subdivision in 1950 without notifying them and had subsequently levied taxes without extending city services.

The story of Elmwood Park is one of several in-depth case studies presented by Colin Gordon in “Citizen Brown,” the first full-length book on the effects in St. Louis County of discriminatory housing policy and urban renewal.

Gordon, author of “Mapping Decline,” a much-celebrated history of housing policy in the city of St. Louis, makes a persuasive case that St. Louis County’s rise was marked, from its earliest days, by patterns of segregation and displacement more often associated with the urban core.

Informed by a large body of recent scholarship on the development of the American suburbs, “Citizen Brown,” as its title suggests, accomplishes two aims with devastating effect. The book traces the historical and policy antecedents that created the context in which Michael Brown was killed in Ferguson while also raising a larger question: Who in St. Louis County gets to enjoy the benefits promised by American citizenship?

Before 1960, many of these residents observed other towns and neighborhoods grow around them — areas from which they were excluded by racist housing policies. When annexations occurred, often the only city service extended to the affected area was a new police presence. Gordon quotes one contemporary observer’s remark that the “country had sent a man to the moon twice before it got the roads and sewers fixed in Meacham Park.”

This reference to the period of urban renewal, when federal funds began to flow to local redevelopment authorities, underscores the isolation such areas experienced from the public services that surrounded them. Flush with federal cash, officials leveraged this isolation as an excuse to blight and condemn. St. Louis County then worked with towns like Olivette to shuffle displaced black residents to public housing in the city or remaining African American neighborhoods in the county.

Gordon’s final chapter, on the killing of Michael Brown, suggests a direct link between Brown’s death and policies of exclusion and fragmentation that selectively treated black citizens as targets rather than beneficiaries of public policy.

In Gordon’s account, the pervasive denial, over decades, of black St. Louis County residents’ basic property rights and essential services culminates tragically in Ferguson in 2014 with the police killing of 18-year-old Brown.

Years before, Elmwood Park residents decided they would not sit idly while their homes were taken. Court battles ensued; so did further annexations. A judge finally ruled, with cruel irony, that residents lacked standing because the annexations had already occurred.

By 1970, Elmwood Park’s population had decreased by 75%, and its homeownership rate had plummeted from 80% to 14%. Some of its residents were relocated to transitional suburbs like Ferguson, where African Americans had already begun to move to escape renewal bulldozers in the city.

Black residents of St. Louis County were told to start anew in Ferguson. As recent history and this compelling study demonstrate, the same mark of diminished citizenship that caused their displacement followed them there.

Ryan Haas works as a management analyst at Washington University in St. Louis.

Midwest is one of the worst places for African Americans to live, report says

It’s from the author of ‘Mapping Decline,’ the oft-cited 2008 book that used data and maps to chart St. Louis’ decline

The gap between black and white continues to lead to discrimination in north St. Louis County, historian Colin Gordon testifies in federal lawsuit.

Steve Earl, 13, left, and Jeremy Maclin, 10, play a game of basketball in Earl's Meacham Park backyard on March 1, 1999. The Earl family's yard bordered the property line where developers had cleared the western half of the predominantly black community to make room for a $56 million retail center.