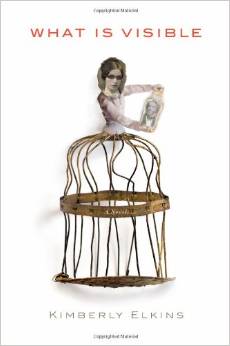 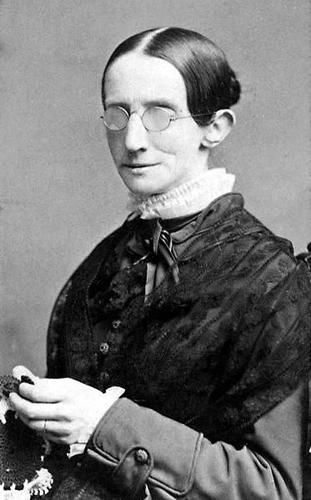 Before Helen Keller, there was Laura Bridgman. At the age of 2 she contracted scarlet fever, losing her vision, her hearing, her sense of smell and her sense of taste. The head of Boston’s Perkins Institute, Dr. Samuel Gridley Howe, brought her to his school for the blind when she was 7, teaching her to learn and communicate through touch.

Howe treated her as a daughter and wrote about her in scholarly journals. When she was 12, Charles Dickens visited her, was mightily impressed, and devoted a chapter to her in his “American Notes.” (Helen Keller came to the school because her mother had read Laura’s story in Dickens’ book.) Howe held “visitations” at the school, and hundreds flocked to see “the second wonder of North America.”

Laura dolls, each wearing a green eyeshade like their eyeless model, were sold by the hundreds. ﻿Though now little known, as a teen in the 1840s Bridgman was almost as famous as Queen Victoria, as Kimberly Elkins writes in her first novel, “What Is Visible.”

Elkins begins with a flash forward, Bridgman’s meeting with the young Helen Keller when Bridgman was 58. She traces the arc of her life, from Howe’s obedient darling to a woman of growing maturity and independence. Laura was never an easy person; with only the sense of touch to guide her, she was handsy, making others uncomfortable. Few could communicate with her, and she could be obsessive with those who did.

The novel is told from multiple points of view. First and foremost is Laura, but others provide ample input. Those include Howe, known as “Chev,” short for “Chevalier,” a doctor, abolitionist, sometime revolutionary and ever-argumentative man with unfortunate views on the role of women; his wife, the equally self-regarding poet Julia Ward Howe, celebrated for “The Battle Hymn of the Republic” but repelled by disabled students; and Sarah Wight, Laura’s beloved and self-sacrificing teacher.

Each character is given a distinctive voice with which to express a very personal point of view. Others include Chev’s dearest friend (and possible lover), the unpleasant Charles Sumner, with guest appearances by other well-known historic figures such as activist Dorothea Dix and poet Henry Wadsworth Longfellow. Elkins invents a love interest for Laura, a lusty Irish girl named Kate.

Throughout the book, Elkins gives us a brilliant, questioning woman who fights “the extreme conditions that have bent my nature,” who argues with God about her many grievances, while seeking God’s love. Chev, a Unitarian, tried to keep Laura from religious teachings. She became a Christian of more Calvinistic leanings anyway and was eventually baptized, to his horror, in a Baptist full immersion.

The book has flaws, including some infelicitous word choices, and a few glaring errors. (It was not the Archangel Michael who rebeled against God but Satan, and the story is in Revelation, not Genesis; priests and ministers were known as “Mr.” or “Doctor,” not by the modifier “Reverend.”)

At her 50th birthday celebration, Bridgman is feted by a crowd of admirers. “What am I to them?” she wonders. “A beacon, a curiosity, an affection, or merely a dark and familiar presence against which all other shades of humanity seem bright? I have tried, in my own rocky fashion, to prove an Inspiration, but it has been so hard to get out of my own way, to know which parts of myself to separate and which to marry with man and with Maker.”

Elkins has given us a satisfying portrayal of this flawed but inspiring woman.

A novel by Kimberly Elkins

Sarah Bryan Miller is the Post-Dispatch’s classical music critic. Follow Bryan on the Culture Club blog, and on Twitter at @SBMillerMusic.

A novel by Kimberly Elkins

Lessons in leprosy and a meticulous, lovable character were highlights in novels I read and discussed in my three book clubs in April.

A honeymoon safari goes off course in new Chris Bohjalian mystery, 'The Lioness'

Author Chris Bohjalian takes us along in “The Lioness,” a crisply told novel about Katie Barstow’s honeymoon gone wildly astray.

"Violets" is the deceptively quiet and devastating story of a lonely young woman within a sexist and shifting South Korean society.

Depending on how you count it, the origin of this fast-paced, intricately plotted novel of criminal gangs in Rhode Island goes back either decades or millennia.