Through assiduous research and well-paced narrative, Simon Parkin has given us an extraordinary, little-known story from World War II — the turning point in the Battle of the Atlantic. Its subjects are the brilliant and creative Gilbert Roberts and a team of young women whose strategic war games simulations uncovered why German U-boats were so adept at taking out British ships in the early years of the war — more than 1,200 in 1940 alone, with relatively few losses of U-boats.

This work of nonfiction reads in part like a thriller, but it is the reader’s thrill to learn about Roberts, his luminous mind, persuasive narrative gifts and the many setbacks he endured before being called back to service in 1940. The Royal British Navy, which had relieved him of duty when he contracted tuberculosis, called him back to conduct training exercises in 1940, but he was upgraded the next year to a task that would prove his tactical prowess. He was charged with figuring out how the U-boats were succeeding, devising a strategy to stop them and imparting the strategy to all British Naval vessels.

The women, some in their late teens, were dubbed Wrens — “my Wrens” — by Roberts. He and the Wrens created a Battleship-like game that used after-battle reports, detection systems, board game simulations and help from the Enigma machine, whose encrypted messages by the Germans were famously cracked by mathematician Alan Turing. Only in movies and trite fiction do inventive, creative enthusiasts effectively sell a plan to hide-bound, by-the-book men who initially pass it off as foolish whimsy. This was real life, though, and that’s what happened.

Karl Doenitz, an admiral who became the German head of state briefly after the war, had been a U-boat ace during World War I and was in charge of creating designs and tactics that could help Germany win the Second World War. He argued for and got more and more U-boats that could amass like a pack of wolves tearing into entire convoys. British ships had no radar to detect submarine activity, and only some had an early sonar device that sent out sound waves. When the “ping” wave hit a solid object within a 3,000-meter radius, it registered a “tong.”

One tactic employed by several U-boat commanders was to take their crews inside the columns of the convoy to attack, evading detection from sonar, which projected outward, not under. Rations were on a countdown clock of months and weeks as supply ships were targeted and sunk at alarming rates. British leaders feared their people would starve and the war effort be grounded for want of fuel and other supplies. Something had to be done at sea.

Renowned for his tactical brilliance, Roberts had been the Navy’s designated game designer and a Naval commander in the 1930s. Recalled for service, he became head of the Western Approaches Tactical Unit in Liverpool, England, where he and the Wrens worked long hours, sometimes plotting sea movement strategies into the night. They eventually refined a game and its variations, with names like Raspberry and Half-Raspberry.

The game covered a brown-linoleum, gymnasium-size floor. Wooden models of ships were set onto the map of the ocean, with real-time detection technology. The floor was painted with gridlines. Each white line was spaced 10 inches apart to represent one nautical mile. Canvas-covered enclosures circled the “ocean.” Each canvas had a peephole. The sheets were positioned so that when a player looked through the peephole, she could see the equivalent of the 5-mile view that the model ships would have from the floor.

One team behind the canvas played escort ship captains, the other played the U-boats. Each side took turns maneuvering, escort ships dropping depth charges and U-boats dodging under the surface. Their progress was marked in colored chalk that the Wrens looking through the peepholes could not detect. The escort ships’ movements were plotted with white chalk, which was visible through the peepholes.

At the end of the game, the players sat in a circle and rehashed what happened. Once they had the game truly sea-worthy, playing it over and over and over, Roberts and the Wrens demonstrated it to Admiral Percy Noble, commander-in-chief of Western Approaches, who had been condescending and skeptical of Roberts’ assignment. As he watched the demonstration, Parkin writes, “he and his staff seemed to sit forward in their chairs.”

So convinced of the accuracy of the game, Noble congratulated Roberts and asked a member of his staff to inform the prime minister about “a cardinal error in anti-U-boat tactics. A new immediate and concerted counter attack will be signalled to the fleet within 24 hours.”

The new Western Approaches Convoy Instructions became “a bible issued to all British escort officers,” as well as American and Canadian vessels, Parkin writes. Before leaving the room, Noble turned to Roberts and said, “Sew on your fourth stripe.”

Given new life as an active Naval captain, Roberts, with the Wrens, demonstrated the game for visiting military officials, even King George IV, and turned the site into a school for the perfection of U-boat warfare. After the war, Roberts would play a role as a war-crimes investigator in Germany, where he came face to face with Doenitz.

Roberts held his Wrens in high esteem for their skill and intellect, and his detailed diaries of the work they did together was “a one-man campaign for posterity,” Parkin writes. It’s startling to imagine that, had Roberts not been so conscientious, he and the Wrens would have been lost to us.

Results mixed in novel 'A Long Petal of the Sea.'

Jesse Owens was joined by 17 others, who were often overlooked until now. 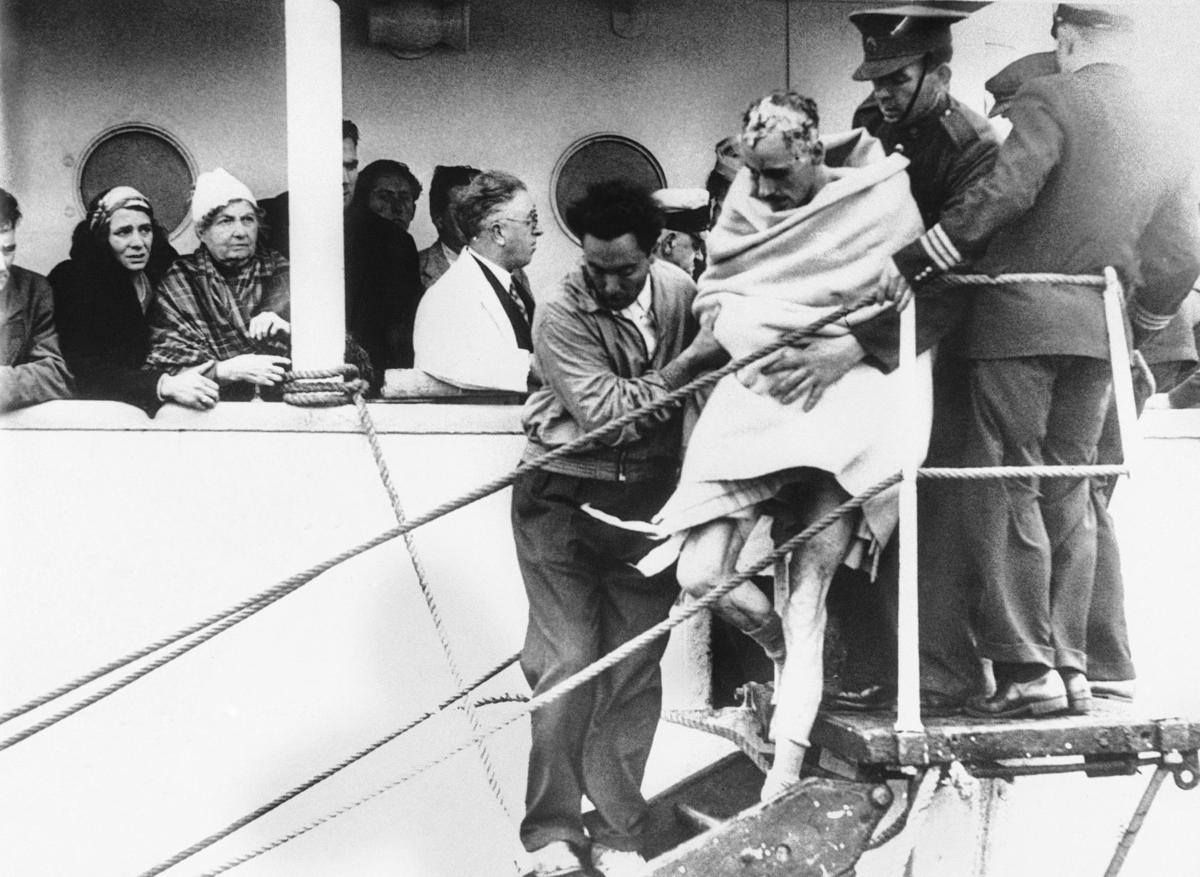 An injured survivor of the sunken liner Athenia is helped ashore from the tanker Knute Nelson at Galway, Ireland, on Sept. 6, 1939. The British liner was sunk by a torpedo from a German U-Boat. 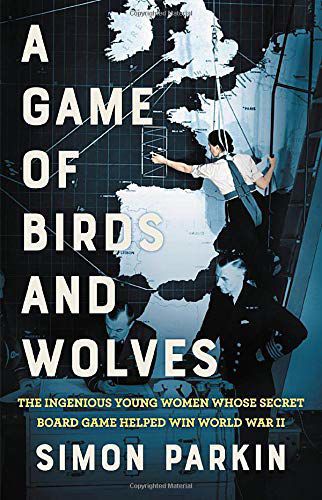 “A Game of Birds and Wolves: The Ingenious Young Women Whose Secret Board Game Helped Win World War II”