“Once the queen’s head is severed, he walks away. A sharp pang of appetite reminds him that it is time for a second breakfast, or perhaps an early dinner. The morning’s circumstances are new and there are no rules to guide us. The witnesses, who have knelt for the passing of the soul, stand up and put on their hats. Under the hats, their faces are stunned.”

So begins “The Mirror & the Light,” the long-awaited (eight years in the making), beautifully written third and final volume in Hilary Mantel’s “Wolf Hall” trilogy. The year is 1536; the dead queen is Anne Boleyn. The first two books, “Wolf Hall” and “Bring Up the Bodies,” detailed the unlikely rise of Thomas Cromwell, the son of a brutish blacksmith and brewer. In “Mirror,” we see Cromwell’s overreach and fatal fall, betrayed by young men he’d nurtured in his own household.

Cromwell fled his father to fight in foreign armies. As an upwardly mobile mercenary on the Continent, he proved to have a gift for other languages, including those of diplomacy and banking. On his return to England, he rose quickly, becoming the protégé and faithful disciple of Cardinal Wolsey, Lord Chancellor of England; from there, he became an increasingly useful, frequently promoted and well-rewarded member of the government, serving King Henry VIII in an astonishing variety of tasks that included finding new wives and ridding his master of the unwanted ones.

In eliminating Anne Boleyn, once his supporter and then his foe, he also eliminated some personal enemies, casting them as her adulterous lovers.

Cromwell had endeared himself to the king in part by working to dissolve the monasteries, leasing their properties and redistributing their incomes. Henry was on board with that, but the king broke with the Church of Rome not over religious doctrine (he earned the title of Defender of the Faith) but because he was denied the annulment of his marriage to Catherine of Aragon and believed he needed a male heir. Cromwell’s sincere Protestantism and successful drive to put an English Bible into every church clashed with what was left of the king’s conscience.

Here, Cromwell has forgotten the caution that had served him so well for so long: marrying his son into the family of the new queen, Jane Seymour; acquiring too many properties; making statements that could be, and were, construed as lèse-majesté. Already despised by many for his origins, he angered aristocrats who assisted in the matter of Boleyn, and he missed the opportunity to rid himself of an implacable foe, the duke of Norfolk.

Most importantly, he forgot his own astute observation that Henry, grown into a monster of ego, tired of his servants and used them up. Arrested and conveyed to the Tower, Cromwell recalls: “Chapuys had asked him once, what will you do when one day Henry turns on you? He had said, arm myself with patience and leave the rest to God. … But I am not ready, he thinks.”

“Mirror” isn’t perfect. It’s too long (and that’s with small type; the British edition is 912 pages), and the middle section is too slow. One can credit the widespread speculation that Mantel was reluctant to bring about her ingenious protagonist’s end.

But the book makes for compulsive reading; if it doesn’t win its author her third Booker Prize, there’s no justice. Most of its historical interpretations are right on; Mantel nails the characters of Norfolk and Sir Thomas More. (The latter is one of several ghosts who make appearances.)

The title is apt: There are mirrors of many kinds to be found here, and the light breaks through in sometimes unexpected places. The first-person account of Cromwell’s death is an amazing piece of writing. It closes the story of an extraordinary man, occasionally sympathetic but more often not, very much of his own time, but speaking to ours across the centuries.

"Bring Up the Bodies" is Hilary Mantel's sequel to her 2009 Booker Prize-winning "Wolf Hall." 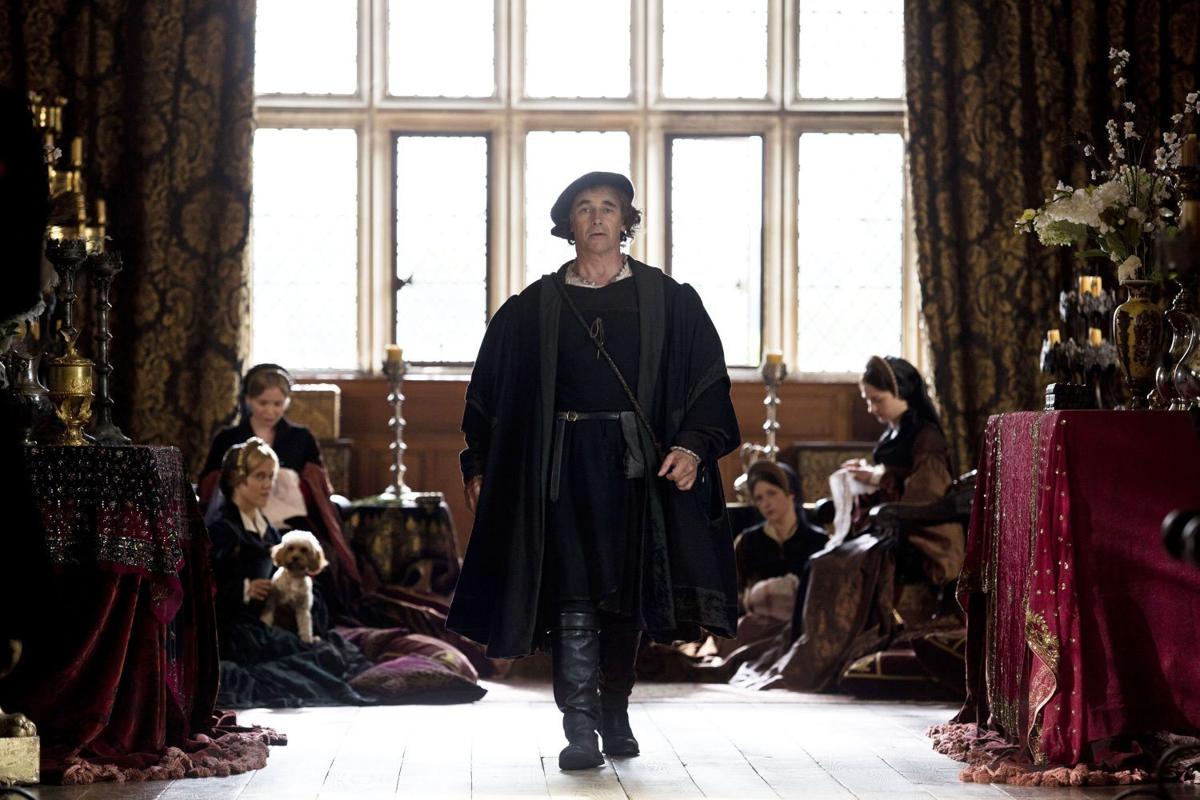 This photo released by Masterpiece/BBC shows Mark Rylance as Thomas Cromwell in a scene from "Wolf Hall." Rylance was nominated for a Golden Globe award for best actor in a limited series or motion picture made for TV for his role on Thursday, Dec. 10, 2015. The 73rd Annual Golden Globes will be held on Jan. 10, 2016 (AP Photo/Masterpiece/BBC, Giles Keyte/Playground & Company) 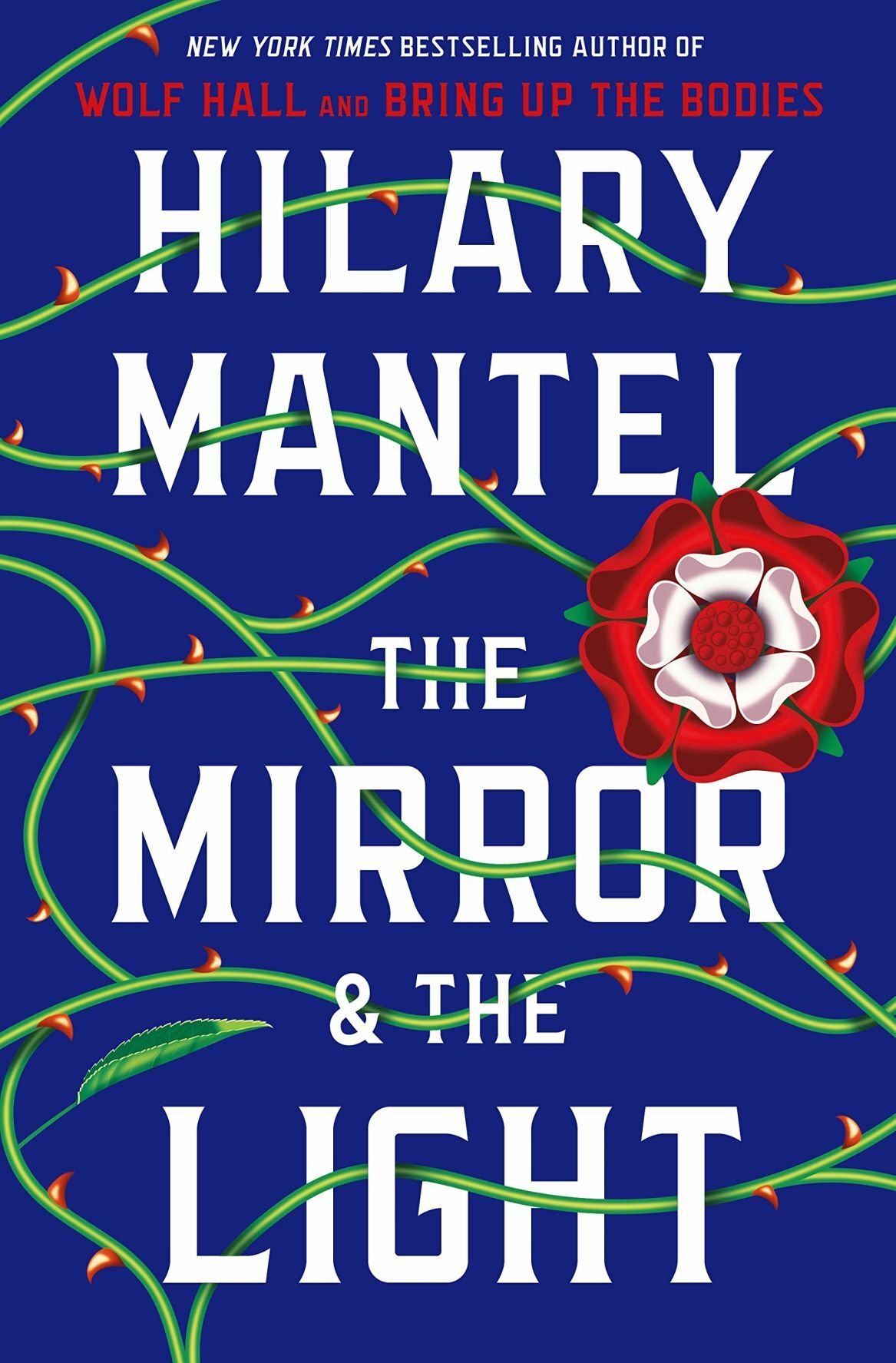