A decade back, popular historian Rick Atkinson told the story of the Army’s war against Nazi Germany with a well-received trilogy — “An Army at Dawn” (North Africa), “The Day of Battle” (Sicily and Italy) and “The Guns at Last Light” (northwestern Europe).

Now, the Army’s war against Japan is getting similar treatment from John C. McManus of Ballwin, who teaches military history at the Missouri University of Science and Technology and already has an armload of World War II works to his credit.

His latest, on sale Tuesday, is “Fire and Fortitude,” which follows the Army in the Pacific from Pearl Harbor through to the capture of Makin in November 1943. McManus plans a second volume to carry his account through the war’s end in September 1945.

Like Atkinson before him, McManus often steps away from the generals’ headquarters to describe what the war was like at the foxhole level. And he emphasizes the factors that made the Pacific War so miserable in so many ways. Among them:

• The Pacific’s place at the back of the urgency line. McManus writes: “Cole Kingseed once argued persuasively that five factors contributed to the greater prominence of the Army’s war in Europe over the Pacific: the Germany-first strategy that dictated Allied priority of resources and thus the entire course of World War II; the maritime nature of the Pacific struggle, leading historians to a naval-dominated narrative; the cult of personality surrounding General Douglas MacArthur, who, by his own design, absorbed almost all accolades to himself rather than to the soldiers who did the real fighting; unbalanced press coverage by correspondents who found Europe a far easier, and more hospitable, place from which to report than the wilds of the Pacific; and the troubling racial savagery that characterized the war from start to finish.”

• The logistical logjams formed by the terrain and the constant shortage of shipping space. McManus devotes much of a chapter to the crucial but little-known struggle to build primitive roads through Burma to China to supply the Chinese Nationalists. The author quotes one captain on New Guinea as saying, “Many of the ‘niceties’ of combat, such as clean clothing, shoes, and food, were excluded in order that indispensable supplies, such as ammunition and water, could be pushed forward.”

• The heavy press coverage of the Marines in the Pacific, at the expense of the GI Joes. The author says: “Though soldiers comprised the main American ground force in the war against Japan, they sometimes felt like junior partners to the more famous Marines. ‘Out here, mention is seldom seen of the achievements of the Army ground troops,’ Major General Oscar Griswold, a corps commander, wrote from the South Pacific to a colleague in the fall of 1943, ‘whereas the Marines are blown up to the skies.’”

• The burden of MacArthur as the man at the top. McManus lists the man’s shortcomings in depressing detail, calling him “excruciatingly self-centered, almost megalomaniacal.”

He covers such widely varying settings as the jungles of the Philippines, the muddy mountains of Burma and the frozen wasteland of Attu.

His account includes the barbarian treatment of prisoners (even, at times, by GIs) and the flirtatious behavior of GIs on leave in Australia. Here and there, McManus sprinkles some bits of sardonic soldierly humor: “In New Guinea it rains every day for nine months, and then the rainy season sets in.”

And even in the worst of settings, McManus finds some bright bits. An example, from an Oahu airfield during the Pearl Harbor attack: “One of the pilots, nude except for a flapping bathrobe, rushed out of his quarters, shook his fist at a strafing Zero fighter plane, and shouted, ‘I knew the little sons of bitches would do it on a Sunday! I knew it!’”

Let’s hope that some members of the dwindling band of WWII Army vets are still around to read — and savor — McManus’ second volume. Until then, we all have “Fire and Fortitude” to read. And savor.

John C. McManus shows a willingness to depict the dark side of many giants in uniform, starting at the top with Douglas MacArthur.

St. Louis historian marks 70th anniversary with 'The Dead and Those About to Die.' 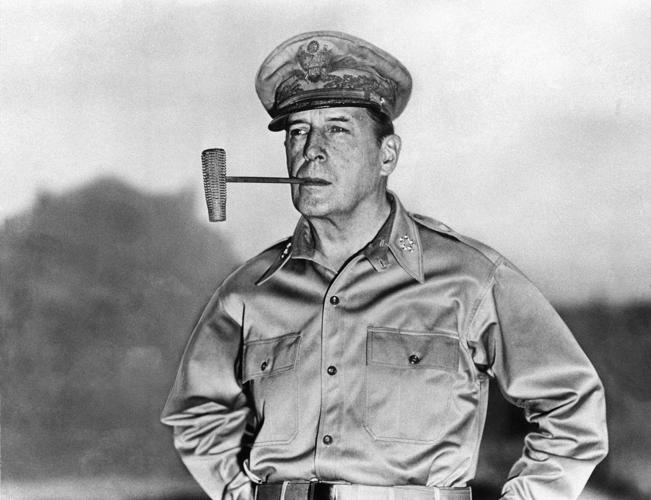 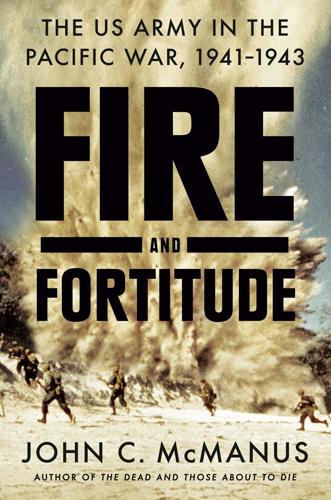