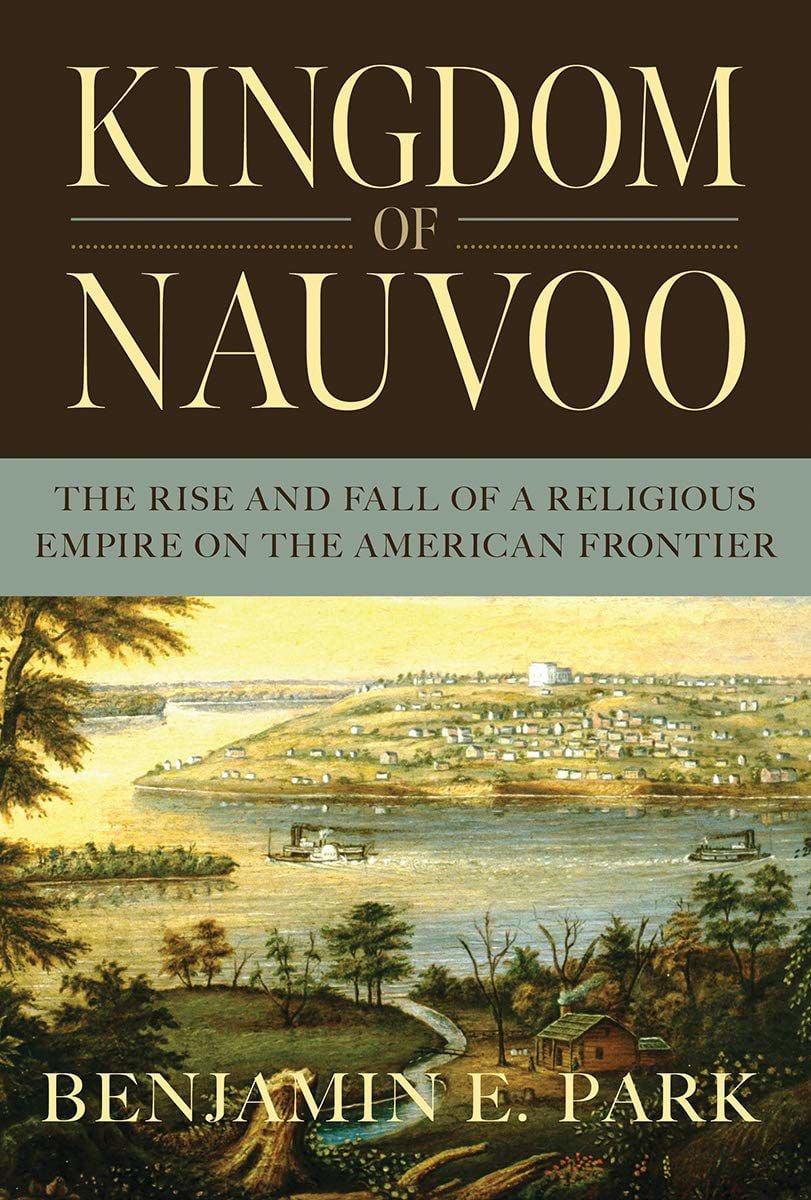 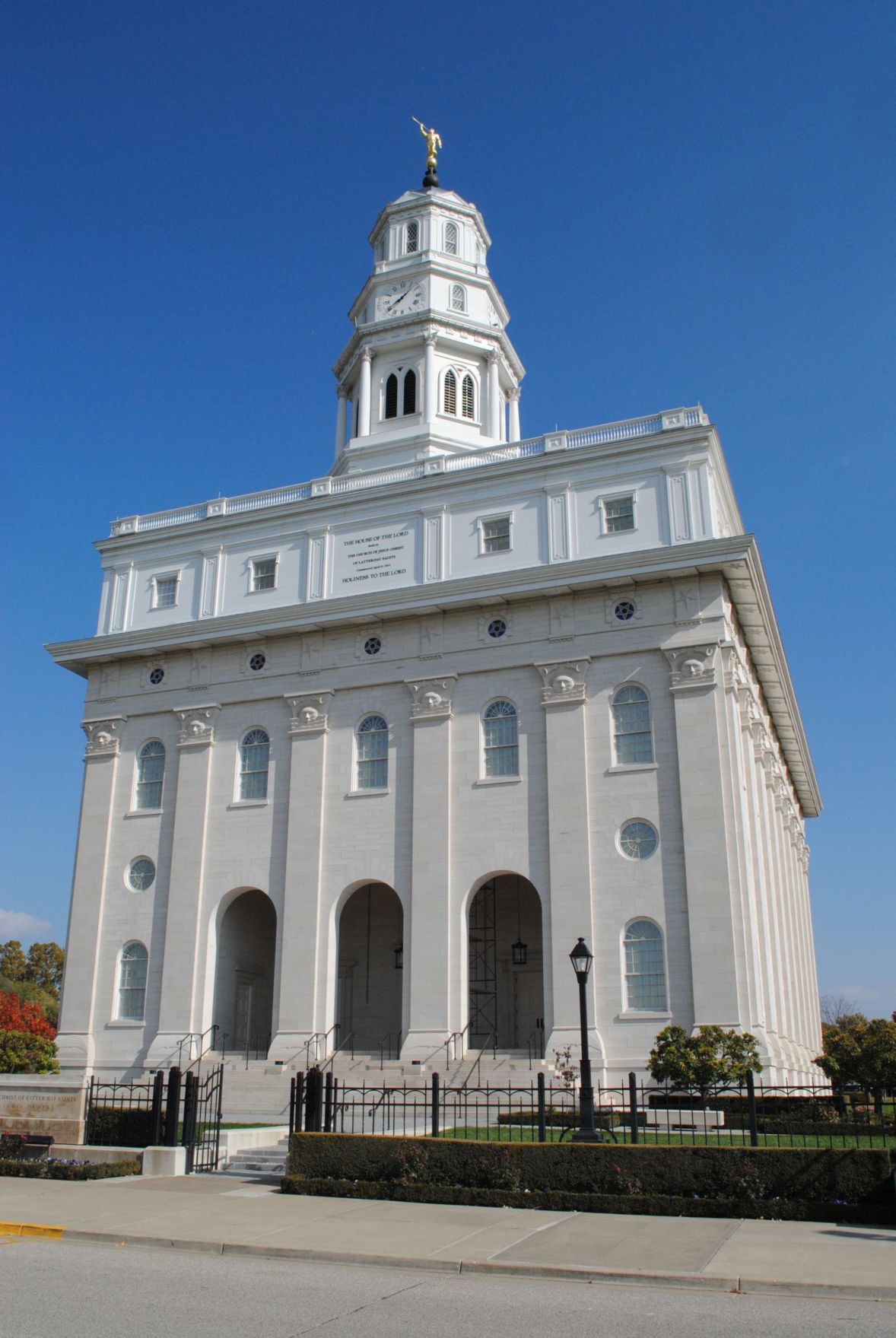 Joseph Smith intended Nauvoo, Ill., to be a Mormon “Zion,” an “ideal community” or “city of God” with a temple, rather than a town square, at its heart.

The Mississippi River town of Nauvoo, Illinois, sits about 150 miles northwest of St. Louis, near the spot where Missouri and Iowa meet. With a population of about 1,100, it’s pretty quiet most of the year.

But in the summers, a steady stream of visitors to its main attraction is a reminder of the few years in the middle of the 19th century when it was a controversial focus of American religious life as the headquarters of the Mormon Church.

After the killing of the church’s leader, Joseph Smith, the Mormons headed west, ending up in their longtime Utah home. In “Kingdom of Nauvoo,” historian Benjamin E. Park takes advantage of information kept secret in church records for 150 years and insightfully re-creates the story of their Midwestern sojourn and its place in American history.

“Nauvoo was the crucible of the Mormon experience — the episode that saw their prophet murdered and their dreams of a religious empire dashed,” Park writes. “If the Mormons are poorly understood by most Americans, Nauvoo is virtually unknown. To Mormons it remains an important site. ...

“Rather than an exceptional episode, then, Nauvoo embodied many of the contradictions and tensions of its time. Its story reveals not only the radicalism of the early Mormons, but also the tenuousness of the American experiment.”

Members of the Church of Jesus Christ of Latter-day Saints came to Nauvoo in 1839, after being attacked by a mob in Independence, Missouri, in an episode that foreshadowed what was to come in Illinois. At its peak, Park notes, the town grew larger than Chicago, and its residents were fervent followers of their prophet. Smith once bragged “that he could raise a militia of three thousand men at a moment’s notice.”

But such an imperial attitude, in the still-unsettled democracy of the young United States, helped lead to the settlement’s downfall as Smith and his circle overstepped in two areas: politics and polygamy.

Far from being merely a religion, Mormonism was viewed by its founders as a righteous way to live, what Park calls an “urban Zion.” Smith worked to deliver a strong voting bloc to politicians who could help bring to life his vision of a theocracy that blurred the constitutional line between church and state, if not erasing it altogether.

“There was nothing new in the combining of religious belief with political action, of course,” Park writes, “but what the Mormons did was to blend ecclesiastical authority and political mobilization.”

Such activism hardly endeared the Mormons to their neighbors. But what may have decisively destroyed any notions of goodwill was the growing practice of polygamy, what Smith and his adherents termed “sealing” women to men, far more than just one at a time.

Join our Facebook discussion about books and book clubs

We want to know what your book club is reading. Join the discussion on Facebook in our St. Louis "Book"-Dispatch group.

Those who practiced and preached polygamy insisted that they were performing acts that simply accomplished what the state should be doing but was not.

“The eventual product of Smith’s theorizing on polygamy was not a superficial endorsement for extramarital sex,” Park writes, “but a vision of a multilayered patriarchal hierarchy that governed the cosmos.”

That new order, he adds, was designed to succeed where secular institutions have failed.

“How could American society take care of the never-married, the widowed, and destitute?” Park explains. “Federal and state government refused to take responsibility, and charitable efforts were often haphazard. Religious groups moved to bridge the gap. For Mormons, given their history, the threat from the mainstream seemed ever-present.”

Smith tried to keep such sealings secret. But opponents of the practice, including Smith’s first wife, Emma, dismissed such rationales, and as the backlash grew, Smith dug in his heels rather than try to move toward any sort of accommodation. It was Independence all over again.

When a breakaway group distributed a newspaper, the Nauvoo Expositor, in 1844, disclosing firsthand accounts of polygamous relationships, Smith led an effort to shut down the publication. Tensions grew, Smith was arrested and on June 27, he succumbed to a mob that stormed the jail. The Mormons’ stay in Nauvoo did not survive the conflict.

Smith’s successor, Brigham Young, led remaining followers to Utah, leaving behind few reminders of the short-lived kingdom that Smith had controlled. But years later, the temple he built was restored on a river bluff, and in summer it draws crowds for historic pageants and events that have led to Nauvoo being dubbed by some the “Mormon Williamsburg.”

In the end, the excesses of Smith and his followers were too much for the region, the state and the country to allow. Their politics and polygamy were too far out of the American mainstream, and Smith’s attitudes teach a lesson that resonates today. Park, who teaches history at Sam Houston State University in Huntsville, Texas, relates the history in a clear, engaging way, and he frames the lessons of the “Kingdom of Nauvoo” this way:

“Modern Americans often pride themselves on their peaceful democracy and successful — or, at least, grudging but nonviolent — incorporation of divergent cultures into the national fabric. Yet the climax of Mormonism’s fraught relationship with the state of Illinois reveals the boundaries of acceptance and inclusion. It also highlighted the limits of American democracy.”

Dale Singer retired in 2017 after a 45-year career in journalism in the St. Louis area. He lives in west St. Louis County.

Nauvoo, Ill.: Friendly town tells the story of its Mormon past

Joseph Smith intended Nauvoo, Ill., to be a Mormon “Zion,” an “ideal community” or “city of God” with a temple, rather than a town square, at its heart.