St. Louisan Bill Johnson didn’t have to imagine such a dilemma, after being blinded in a random shooting on a business trip to Atlanta in July 1991 that killed two of his colleagues. At age 41, he had to start relearning many such skills, often adapting or adopting new ways of performing the tasks that most adults take for granted.

He learned the money lesson the hard way. Flying between St. Louis and Arkansas, where he was doing intensive rehabilitation, he wanted to tip a helpful airport skycap and asked whether the money he was handing over were singles. “Yes, sir,” the man responded, and Johnson gave him four bills, only to discover later that they had been 20s.

So he learned to keep the denominations straight like this: Fold $5 bills in half, $10 bills in half lengthwise and $20 bills both ways. Leave the singles unfolded, and put all the cash in your wallet to be able to identify later. Whenever you get change, ask the cashier to identify each bill, then fold it in the proper way.

Johnson’s memoir, “Snow Blind,” is filled with such learning experiences, as he moves surely and swiftly from his hospital bed to his St. Louis County home to rehab in Arkansas and back to his job as a management consultant at KPMG in downtown St. Louis. Living alone, away from his ex-wife and their children, his goal is always self-reliance. He approaches each challenge with confidence.

“I didn’t deny that I couldn’t see,” he writes of his early days on the path to living on his own, “but I held an innate belief that my life was on track and would continue to progress forward. … I couldn’t picture my life as a blind person, good or bad, and I didn’t have a step-by-step plan for getting from where I was to where I would be. I simply had a core belief that I was OK, and I wanted to take the next step forward.”

Johnson learned early on that the faint amount of light he could detect was likely to be as good as his sight would ever get. But his positive outlook and peace of mind propelled him as he learned basic life hacks needed to get along on his own: using a cane, taking a helper’s guiding elbow, even how to bend over without smacking his head into something. He didn’t want to be reduced to what he calls walking like Frankenstein, arms out in front to find and avoid anything in his path.

“Snow Blind” tells his story in clear, straightforward prose as he gains more abilities and more assurance that he can go even further. Along the way, he and his former hospital nurse begin a romance, and his life returns to as close to normal as he can get. When he gets his Seeing Eye dog, a black Lab named Darby, independence becomes even easier.

And his writing subtly reveals how much and how little things have changed. He regularly uses colloquialisms like it was good to “see” someone again after meeting an old colleague or acquaintance, showing that he wants to recapture as much of his old life as possible while still acknowledging and accepting limitations that could have easily made him resentful and resistant to learning new skills.

He recalls his thoughts early in his recovery, when he was still in the hospital:

“I knew from the onset I was still me. I didn’t focus on the challenges that would confront me when I returned home and built a new life as a blind person. I focused on the fact that I seemed to be all here physically — and more importantly — mentally. I knew I was OK. My mind worked like my mind always had.”

In the final section of the book, Johnson explains the title. Recalling his enjoyment of a trip to Colorado ski country in his younger days, he decides to find out how his new reality might fit with his old pastime. It turns out that blind skiing is a well-developed activity, and regular trips to Aspen and other spots became a frequent vacation, especially after he retires.

If skiing is your thing, you’ll probably enjoy his stories of conquering one run after another, with a bold message proclaiming “BLIND SKIER” on his orange bib; if not, the descriptions in that part of the book may be a little too detailed. But either way, “Snow Blind” is an inspiring story of a man whose confidence and upbeat attitude help him to survive harrowing circumstances, and teach lessons that can benefit anyone.

“Had I not been shot, would life have been easier?” Johnson asks. “Probably. Would I have been happier? That’s questionable. One thing is certain: being shot and everything that happened as a result — all the trials and tribulations — have made me a far stronger and better person.”

Even in the darkness, as Johnson says in his final words, “There’s always a little light.” 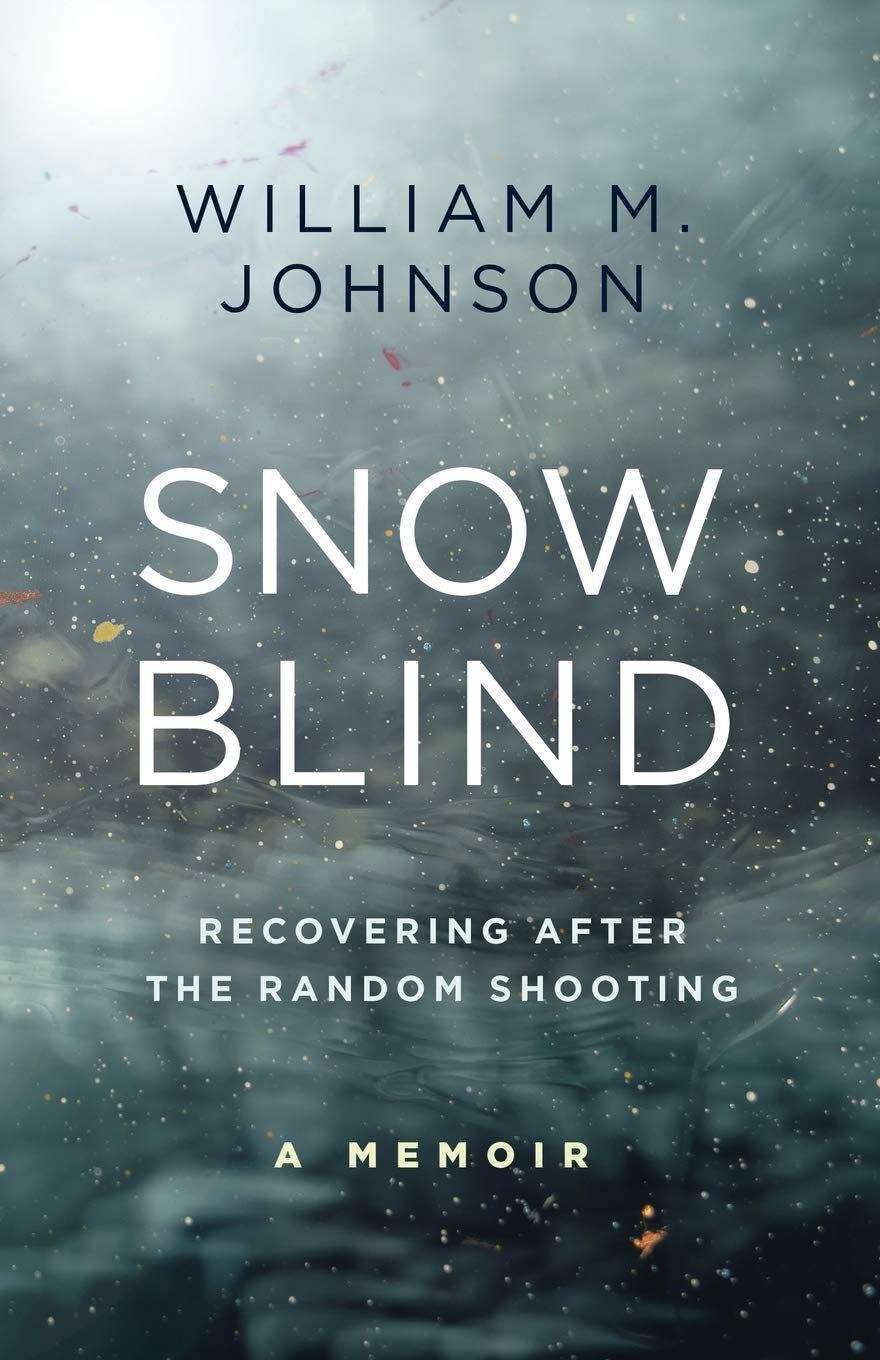 A memoir by William M. Johnson