Ministering to Nazis: New history tells about work of a St. Louis chaplain
0 comments
Share this
{{featured_button_text}}
1 of 2 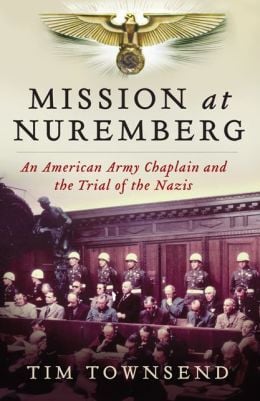 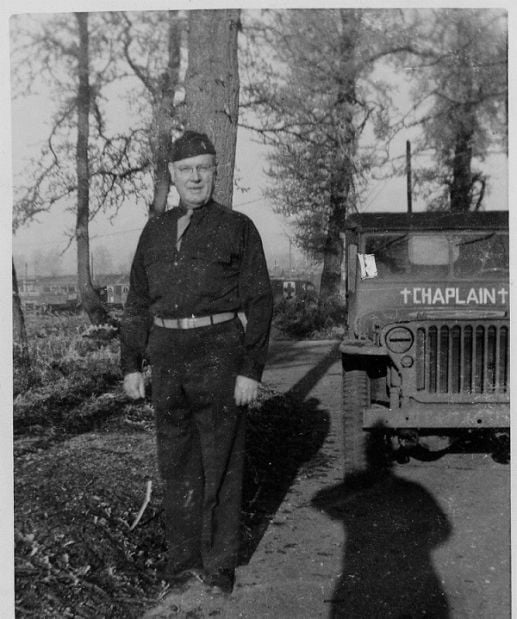 Henry Gerecke, when he worked at the Ninty-eighth General Hospital in England about 1944.

At age 50, Henry Gerecke decided he should leave his Lutheran ministry in St. Louis and enlist as a chaplain in the Army at the height of World War II, but he had no idea he would become part of an “experiment”: giving comfort to men charged with heinous crimes against humanity.

The subtitle of “Mission at Nuremberg,” author Tim Townsend’s enlightening, highly readable account, gives a good idea of the book’s parallel threads: “An American Army Chaplain and the Trial of the Nazis.”

The second part, of course, is a tale well-known and often told. But the first part will give new insights into the Germans on trial, their lives as they awaited their fate, and two American clergymen, one Lutheran and the other Catholic, who ministered to their spiritual needs.

How well they succeeded, in either comforting the Nazis on trial or saving their souls, is an open question.

“The Nuremberg chaplains were not judging the members of their flocks,” Townsend writes, “nor were they forgiving their crimes against humanity. They were trying to lead those Nazis who were willing to follow toward a deeper insight into what they had done. They were attempting to give Hitler’s henchmen new standing as human beings before their impending executions.”

The story of Gerecke (rhymes with Cherokee, the author says helpfully) begins with early years that will resonate with St. Louis old-timers. Ordained in what was to become the Lutheran Church-Missouri Synod after studying at Concordia Seminary, he settled in as pastor at Good Shepherd Lutheran Church with his wife, Alma, whom he had met when she was behind the candy counter at Famous-Barr.

In addition to his work at the church, Gerecke was active at City Mission and ministered to inmates at the City Workhouse, Koch Hospital and the Mount St. Rose sanatorium. He also delivered soothing sermons on KFUO radio, showing such professionalism that he was approached to start a program at rival KMOX. He turned the offer down because he did not want to leave the ministry.

When war arrived and two of his three sons joined the Army, Gerecke also felt the call to serve. He enlisted in 1943, spending his time at a temporary hospital in Hermitage, England. Once the fighting was over and the war crimes trial was about to begin in Nuremberg, Germany, Gerecke, who spoke German, was asked to be a chaplain for the prisoners. His other choice: go home to St. Louis.

Gerecke thought of Jesus Christ’s forgiveness for criminals. Seeking guidance in prayer, Townsend writes, the clergyman “was staring into that darkness, desperately searching for light. If, as never before, he could hate the sin but love the sinner, he thought, now was the time.”

He agreed to serve in a position of great sensitivity.

“With the world’s attention turned to postwar Germany, the charges of war crimes and crimes against humanity leveled against the defendants,” Townsend explains, “these men deserved spiritual succor. So the U.S. Army gave the men two of its own. This would be something new for the army chaplaincy. An experiment.”

More of the prisoners were Lutheran than Catholic, so the Rev. Sixtus O’Connor, raised in New York, would repeat a grim joke: “At least we Catholics are responsible for only six of these criminals. You Lutherans have fifteen chalked up against you.”

The names of the men that Gerecke served are familiar — Hermann Goering, Joachim von Ribbentrop, Rudolf Hoess, Albert Speer. As testimony against them shocked the world, the time they spent in an improvised prison chapel “may have been the only peaceful refuge” they had, Townsend writes.

Goering attended services regularly, but he doesn’t seem to have been affected by them much. “Prayers, hell!” he is quoted as saying. “It’s just a chance to get out of this damn cell for a half hour.”

And, at another point, Hitler’s infamous henchman reportedly told Gerecke:

“This Jesus you always speak of — to me he’s just another smart Jew.”

When Goering outwitted the hangman by swallowing cyanide he had smuggled into his cell, Gerecke was summoned from a guard’s office, where he was checking the score of the 1946 World Series game between the Cardinals and the Boston Red Sox.

The chaplain later wrote that Goering had “denied every fundamental doctrine of the Bible,” but he still worried that he had somehow failed the famous prisoner, who had requested Holy Communion. Gerecke refused because Goering did not accept Jesus Christ as savior.

“Gerecke wondered,” Townsend writes, “if his rigid ministry with the Lord’s Supper had kept him from understanding how to reach Goering.”

Still, Gerecke’s presence was soothing for others. When he considered returning to St. Louis before the trial ended, one prisoner, Hans Fritzsche, wrote Alma a letter urging her to have him stay.

“It is impossible for any other man than him to break through the walls that have been built up around us,” Fritzsche wrote, “in a spiritual sense even stronger than in a material one. Therefore, please leave him with us. Certainly you will bring this sacrifice and we shall be deeply indebted to you.”

Gerecke agreed to stay until after the prisoners sentenced to death were executed. He ended his career in Chester, Ill., preaching at a church and serving inmates at the nearby Menard prison as he had served those in Nuremberg.

His service was not always appreciated. Though asked to give many speeches about his experience, he also got hate mail calling him a “Nazi lover” and an anti-Semite who had offered redemption to those who had precipitated the Holocaust.

“Instead of throwing the letters away,” Townsend writes, “Gerecke hid every piece of hate mail in the compartment behind the drawers of his desk as a reminder that his attempt to save Nazi souls could be interpreted in so many different ways by millions of Americans.”

“Mission at Nuremberg” will help give a new perspective to those interpretations. Townsend, a former religion writer at the Post-Dispatch, combines meticulously detailed research with religious and historical context to provide understanding of an unprecedented situation.

“The decisions Gerecke made in Nuremberg’s prison were not God’s decisions,” he writes. “They were a series of individual pastoral choices made by a middle-aged American preacher who was attempting to bring what he believed was God’s light into a dark heart.”

Dale Singer, a former editor at the Post-Dispatch, is a reporter for St. Louis Public Radio.

Parents Night Out: Sweets and Treats

Retired engineer who had served on American submarines during World War II spent seven years gathering details on fellow sailors who were lost on 52 American subs.

Henry Gerecke, when he worked at the Ninty-eighth General Hospital in England about 1944. 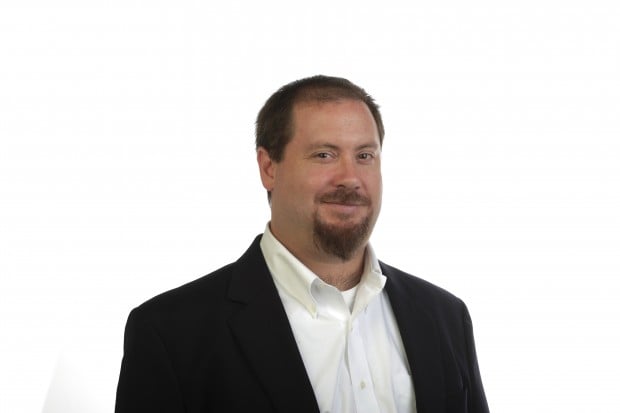