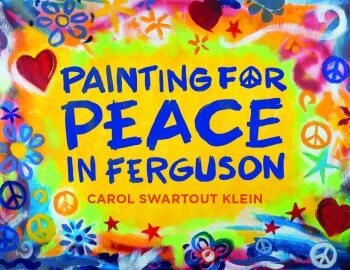 Painting for Peace in Ferguson 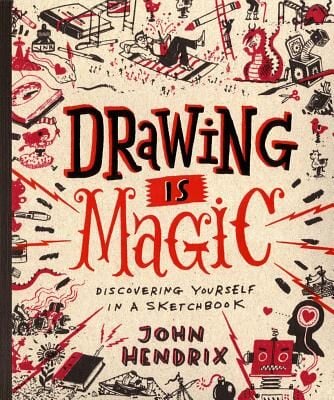 Two new books by St. Louis authors show the importance of art, not just in transforming a space, but also inspiring action.

Talking to children, especially young kids, about the events in Ferguson can be a challenge. The new “Painting for Peace in Ferguson” (Layla Dog Press, 48 pages, $15.95 paperback, $25.95 hardcover; ages 4-8) can help start a conversation. Author Carol Swartout Klein, who grew up in Ferguson, wrote a simple poem that accompanies photos of artwork created on the boarded-up windows in Ferguson and on South Grand Boulevard.

The text does not give much detail about the events of the past seven months. It starts: “In the small town of Ferguson/In 2014/Some people did things that/Were meaner than mean.”

What follows are more than 100 paintings that express messages of hope, healing and unity. Also included are photos of the residents and artists — young and old, black and white — who turned out to improve the area.

The book misses the opportunity to give context to the colorful images, with no details about the artists, artwork or the locations of the paintings. But the website for the book, paintingforpeacebook.com, features more artwork and information, including resources for talking to children about Ferguson.

Most of the proceeds from the book, after printing costs, will go to youth and art programs in the North County area and to small businesses affected by damage.

St. Louis artist and Washington University professor John Hendrix shares his love for drawing with his instructional book “Drawing Is Magic” (Stewart, Tabori, & Chang, 160 pages, $17.95; ages 5 and up). “A sketchbook can unlock new ideas through a very simple notion,” Hendrix writes. “If you find what you love to draw — you’ll find your visual voice.”

Hendrix tells how he started carrying a sketchbook in second grade and where he most loves to draw (church). He includes tips for beginners: look slow, draw fast; commit to drawing every day; and use a pen, not a pencil. “Constantly focusing on erasing is very bad for your drawings,” he says.

But what will captivate the reader for hours is the permission to play.

“Drawing Is Magic” is like a workbook created by Willy Wonka. Its bold, red and black type shouts out mottos: “Drawing is first about seeing,” “Our culture drastically undervalues the benefit of goofing off” and “Embrace imperfection.” Among the many exercises are listing 100 things you love to draw, building your own mythic beast and creating fake book jackets.

Hendrix is so entertaining and encouraging in his instructions, that budding artists of any age will want take the book to a nearby corner, pull out a favorite pen (not a pencil) and start sketching.

Story time with the author will be from 6:30 to 7 p.m. At 7 p.m. a panel discussion will include Swartout Klein; Dwayne Ingram, a patient advocacy coordinator at St. Louis Children’s Hospital and an I Love Ferguson board member; and Dana Sebastian-Duncan, an art therapist. Children can participate in a craft project inspired by “Painting for Peace.”

Story time with the author will be from 6:30 to 7 p.m. At 7 p.m. a panel discussion will include Swartout Klein; Dwayne Ingram, a patient advocacy coordinator at St. Louis Children’s Hospital and I Love Ferguson board member, and Dana Sebastian-Duncan, art therapist. Children can participate in a craft project inspired by "Painting for Peace."

Local books, including one on Ferguson, win IPPY awards

Some local writers have been honored with IPPY Awards, Independent Publisher Book Awards. Included for consideration are entries from small pr…

"Painting for Peace in Ferguson" has been chosen to represent Missouri Sept. 5 at the National Book Festival in Washington, D.C.

Video: See what this artist does during church service

John Hendrix draws as he listens to a sermon at Grace & Peace Fellowship Presbyterian church in St. Louis on Sunday, March 15, 2014. Hendrix,…

A look at the church drawings of John Hendrix

Drawing from the Sunday sermon

Painting for Peace in Ferguson