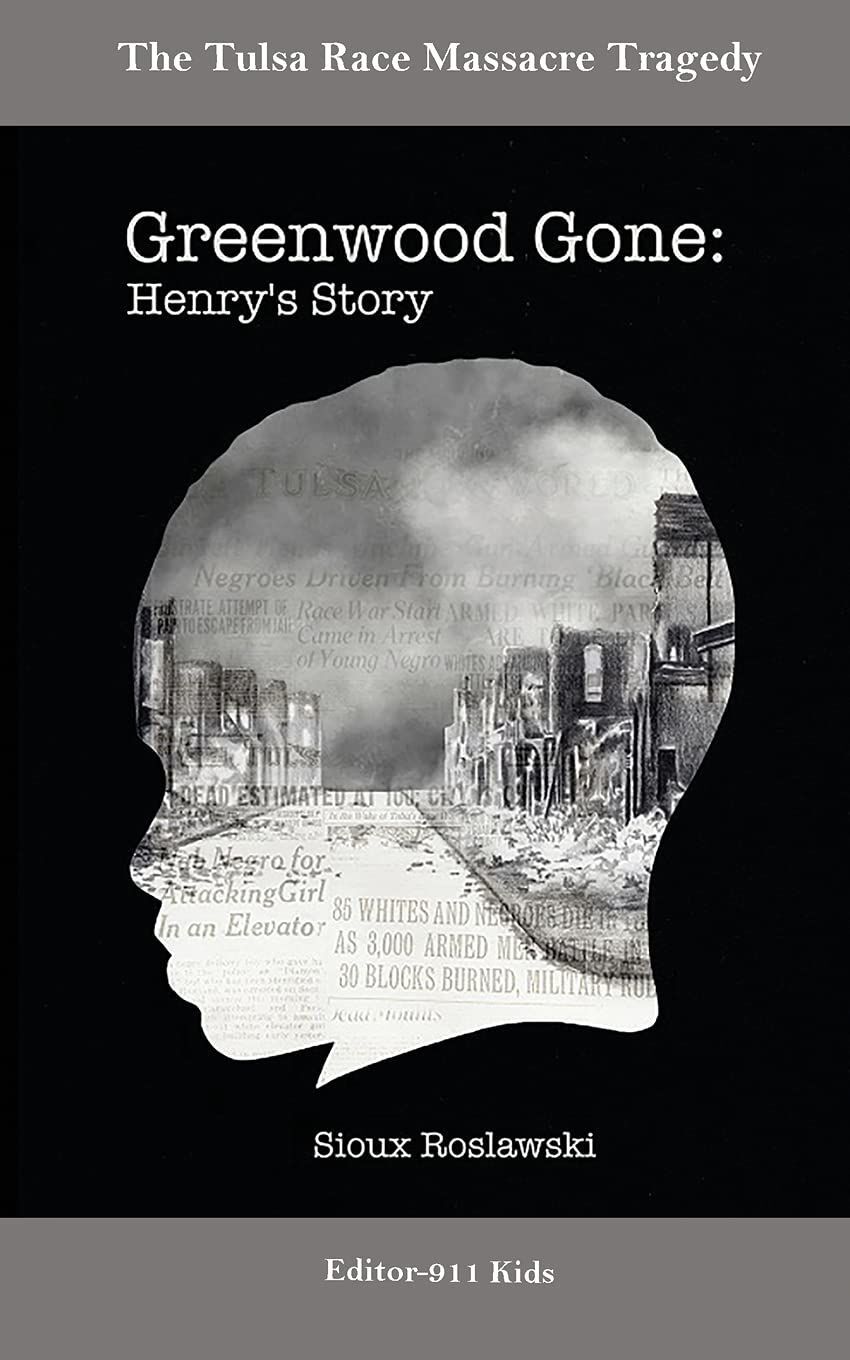 A novel by Sioux Roslawski 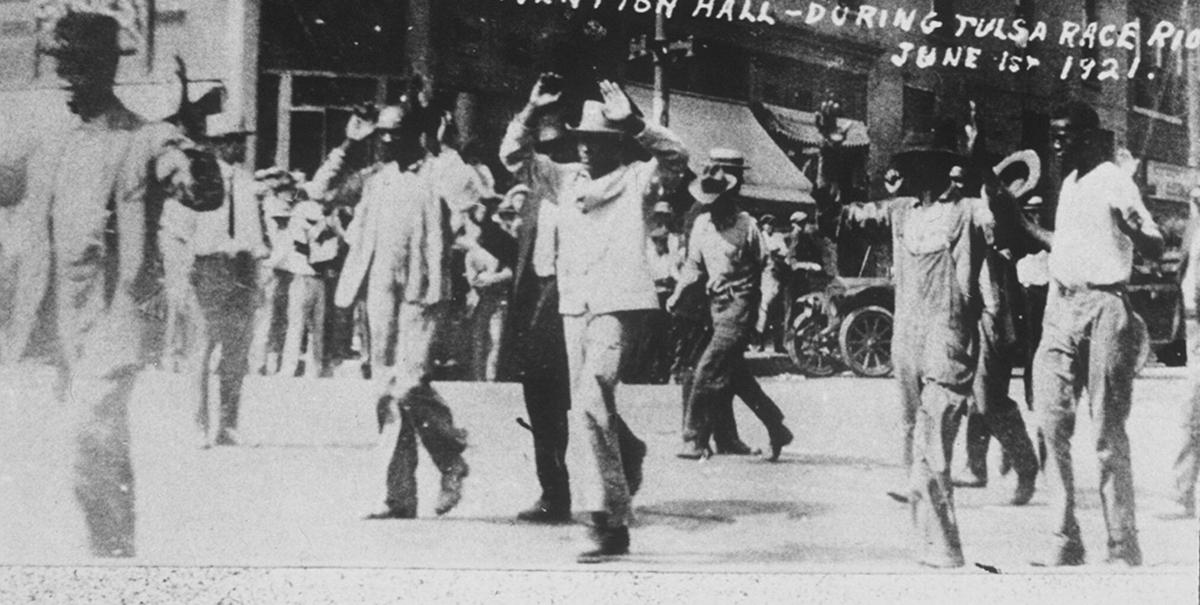 Black detainees are led to the Convention Hall after a race riot June 1, 1921, in Tulsa, Okla.

There, after the arrest of a young Black man accused of touching a young white woman in an elevator, mobs of angry whites poured into a well-kept area called Greenwood to kill Blacks and burn down their houses.

St. Louis author Sioux Roslawski — she teaches in middle school — uses “Greenwood Gone: Henry’s Story” to recount the terror. She tells her tale from an improbable point of view. But as improbable as it sounds, she makes it work.

Roslawski is a white adult. But she chooses to tell her story through the eyes of Henry Simmons — a 12-year-old Black boy. Basically, the tale of terror unfolds as Henry’s mother takes him and his 5-year-old sister, Livvie, on a route through backyards to escape the drunken white mobs.

Henry’s dad, a hardworking auto mechanic, had gone downtown to help protect the accused suspect from any lynch mob.

He tells Henry’s mother: “Colored people who know more about it than I do says it was probably just the boy stumbling and having to catch his balance and he touched her accidentally. You know, how the elevator sometimes comes to a jerky stop?”

Henry can all but hear his dad repeating some age-old advice:

“‘I think you need to hear this ’cause you’re a colored boy. Soon you’ll be a colored man. And your mama and I try to impress on you that life for a colored man is rough. Colored men have to be extra careful in the way they talk to White folks, how they act around White folks … even how they look at White folks.’”

Readers may feel at times that author Roslawski has made narrator Henry into a more reflective observer than anyone his age could be. An example:

“After what the three of us had seen, after what we’d lived through, I felt closer to Livvie. It was like we had been forged together by a blacksmith. Our fear and our close calls had heated us up until we were red hot, and the death we’d witnessed had hammered us together. The three of us were one now.”

“I’ve also heard enough to know that when it’s a colored man against a gun and the gun’s in a White man’s hand, the colored man always loses.”

Are we going to see college athletes get paid anytime soon?

Are we going to see college athletes get paid anytime soon?

Flying taxi is expected to launch in 2024

Flying taxi is expected to launch in 2024

Sultan: Why we never learned certain parts of American history in school

David Cochran, professor of history at John A. Logan College, a community college in Carterville, Illinois, said most of his students are unaware of the political forces that shape the version of history they are taught in schools.

A novel by Sioux Roslawski

Black detainees are led to the Convention Hall after a race riot June 1, 1921, in Tulsa, Okla.