Frances “Fanny” Van de Grift Osbourne was an escaped wife with a free spirit and a colorful past: Born and raised in Indiana, she went with her philandering husband to Nevada, then to San Francisco, then ran away to Europe with her children to study art. Full of fun and full of life, she rolled her own cigarettes, toted a pistol she knew how to use and made her own furniture in a pinch.

Louis Stevenson was a pale, slender Scottish writer trying to make a name — and money — for himself, a chronic invalid with a thirst for life and an infectious sense of humor. A writer to the core (under his full name, Robert Louis Stevenson), Louis was a decade younger than Fanny, but they were drawn together despite the misgivings of his friends and parents. Together for 20 years, they crossed the globe from Switzerland to the South Pacific, seeking a climate where his lungs wouldn’t hemorrhage.

“Under the Wide and Starry Sky” is author Nancy Horan’s second work of historic fiction, after “Loving Frank.” Like Mamah Borthwick Cheney, who scandalized her friends in the Chicago suburb of Oak Park with her love for architect Frank Lloyd Wright, Fanny is a frustrated artist who wants to be recognized for her own gifts and abilities. Like Wright, Louis believes that a family has room for only one artist.

According to Horan, Fanny did make Louis’ writing better with her forthright but loving critiques. That’s especially true in the case of “Dr. Jekyll and Mr. Hyde,” which she persuaded him to rewrite from “a penny dreadful horror” into a complex story with many layers. It established his reputation as the author of something more than travelogues and children’s stories like “Treasure Island.”

Horan used the historic record of this historic couple: articles by and about them, correspondence. That allowed their dialogue to give us a real feel for two very real people. At times, though, their romance seems more like a romance novel, as Horan veers into the necessarily speculative when exploring their private life together:

“With a measure of awkwardness, they went in, the last of the day’s light was fading through the sheer curtains as Fanny removed her dress. He was struck by the white lace of her chemise, how it appeared to glow against her skin. He wound his arms around to her back to dispatch the corset, then pulled the chemise over her head. He tried to keep his eyes on hers as he undressed her, but it was a complicated set of moves that he managed with limited grace. Once she was naked, he couldn’t help gawking at the splendor of her full breasts. ‘Bless my eyes,’ he muttered.” (That is, however, about as racy as it gets.)

“Sky” sometimes plods, as Horan seemingly tries to work in every episode of the couple’s lives together over 20 years, every move and voyage (and there are a lot of those), every close call for Louis, every moment of frustration for Fanny as she serves as nursemaid and puts her own ambitions aside. She also deals briefly with the question of whether Stevenson was a closeted homosexual.

They were a fascinating pair, and their story deserves telling, from their meeting in France to his death in Samoa. “Sky” takes its name from Stevenson’s “Requiem:”

Under the wide and starry sky,/Dig the grave and let me lie.

Glad did I live and gladly die,/ And I laid me down with a will.

This be the verse you grave for me:/ Here he lies where he longed to be;

Home is the sailor, home from sea,/ And the hunter home from the hill.

The words are inscribed on his tomb on Mount Vaea, in Samoa. Fanny’s ashes are buried with her Louis.

‘Under the Wide and Starry Sky’

A novel by Nancy Horan

'Under the Wide and Starry Sky'

A novel by Nancy Horan

As local writer Peter Downs points out in his “St. Louis Civil War Sites and the Fight for Freedom,” our city saw more than its share of tension and violence.

Jeffery Deaver's "Hunting Time" unrolls in a Midwestern riverport. Although it’s named Ferrington, it sounds a lot like St. Louis — a place with lots of abandoned factories and lost souls.

"Fatty Fatty Boom Boom" is a love letter to the traditions and culture of Pakistan and the determination of a family to make it in America.

John Banville's novels come and go, but not all of his characters depart with them. 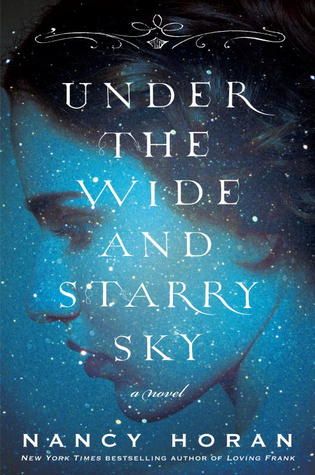 'Under the Wide and Starry Sky' by Nancy Horan 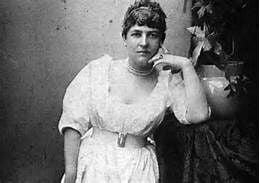 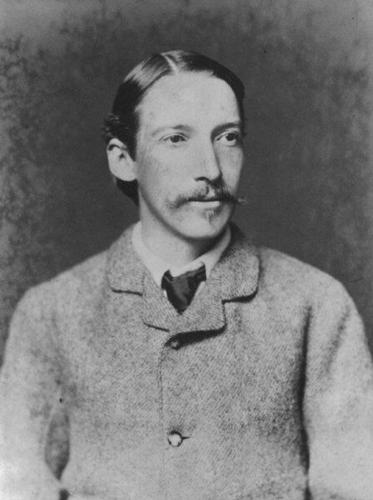