The latest biography of Yogi Berra, “Yogi: A Life Behind the Mask,” could be titled “Beyond the Witty Quips and Rings.”

Author Jon Pessah discloses many obstacles the entertaining New York Yankees Hall of Fame catcher overcame — from his childhood in the Hill neighborhood of St. Louis to skeptical perceptions about his talent to eventually settling a rift with team owner George Steinbrenner.

Berra’s popularity — highlighted by his 15 All-Star selections (1948-1962), three American League MVP awards, 10 World Series rings and long list of Berra-isms — is matched by his ability to parlay his popularity into several lucrative endorsements.

That started with Berra’s generosity. He gave one of his watches to former Yankees traveling secretary Frank Scott, who noticed Berra wasn’t being compensated in cash for promotional appearances and took over his endorsements.

Suddenly, Berra was getting paid for speaking engagements, appearances on “The Ed Sullivan Show” and “General Hospital,” and earning a 15-year contract with Yoo-hoo chocolate drink — a product he loved chugging as a player — and even an endorsement with Puss’n Boots cat food.

But the climb to stardom and financial success was steep. Pessah details Berra’s upbringing in which the catcher’s love for baseball tried to mask his academic struggles and bucked the wishes of his father, a clay factory worker who in 1908, at age 22, emigrated from Italy.

Berra, referred to as “Lawdie” as a youth (his mother had difficulty pronouncing his first name, Lawrence), had to prove to local scouts that he was at least as good as Joe Garagiola, who signed a $500 bonus with the Cardinals while insisting his childhood friend was the better catcher.

Despite the support of a local scout, Berra couldn’t convince Branch Rickey, best known for signing Jackie Robinson, that he was worth more than $250.

Even a home visit from a priest, Rev. Charles Koester, reinforced the view of Berra’s parents that he might not be good enough to pursue a baseball career at 16.

“What you’re doing is beyond all reason,” Koester is quoted as telling Berra in front of his parents. “No wonder your good father and mother are afraid you’re going to turn into a bad boy.”

After losing jobs as a shipping clerk, at a coal yard and on a soft drink truck, Berra finally got a break, as a local oil and gas dealer added him to his American Legion team.

Berra prospered, and so did the Legion team that advances to the national semifinals. The oil dealer’s connections with Yankees general manager George Weiss helped Berra earn a signing bonus of $500 and $90 a month.

Throughout the early part of the book, Pessah weaves incidents of the racism and heckling that Berra endured for his Italian American heritage and his stout frame.

One of the more interesting tidbits is that Berra’s nickname came from American Legion teammate Bobby Hofman. Hofman, who went on to play with the New York Giants, and his teammates watched a movie in which yogis from India crossed their arms and legs in the same manner as Berra prior to each at-bat.

Berra, however, still needed to convince many in the Yankees organization, including executives who doubted Berra had the throwing accuracy or body to develop into an everyday major-league catcher.

But between the decline of Joe DiMaggio and the ascent of Mickey Mantle, Pessah carefully illustrates Berra’s growing presence as a player and personality.

Berra’s tolerance for jokes made him a hit with reporters.

“I’ve never seen anyone who hits with their face,” Berra said to the delight of beat writers who were asked by manager Bucky Harris to stop making fun of Berra’s looks.

Despite the allure of the big city, Berra maintained his St. Louis roots, which allowed him to meet his future wife at a banquet and marry her in 1948.

Prior to his nuptials, Berra entertained locals at a dinner with one of his patented malaprops.

“I want to thank the Stockham American Legion Post and the fans and everyone for coming out,” Berra tells the crowd. “And making this night necessary.”

But the allure of endorsements and financial stability pried Berra and his family away from St. Louis to spend off-seasons in New Jersey. The Post-Dispatch, feeling abandoned by its hometown hero, described Berra as an “Absentee King of the Hill” in a holiday headline.

That didn’t faze Berra, whose parental side was put to the test when son Dale coped with drug problems, and his three sons form a company to operate their father’s marketing opportunities.

Pessah doesn’t skirt Berra’s struggles as a manager, such as Mantle testing Berra’s authority by stretching his rules and other players expressing their concerns to GM Ralph Houk — Berra’s predecessor.

A brief managerial stint with the Mets circles Berra back to the Yankees, where his fallout with Steinbrenner after being fired in 1985 raised his profile until Steinbrenner apologized 14 years later at the Yogi Berra Museum and Learning Center at Montclair State University in New Jersey.

Pessah’s deeply sourced 507-page book illustrates how a self-made athlete can succeed on and off the field without riding the coattails of more talented and more publicized teammates.

Seeking reelection, the man from Missouri was written off as a flyover flop. 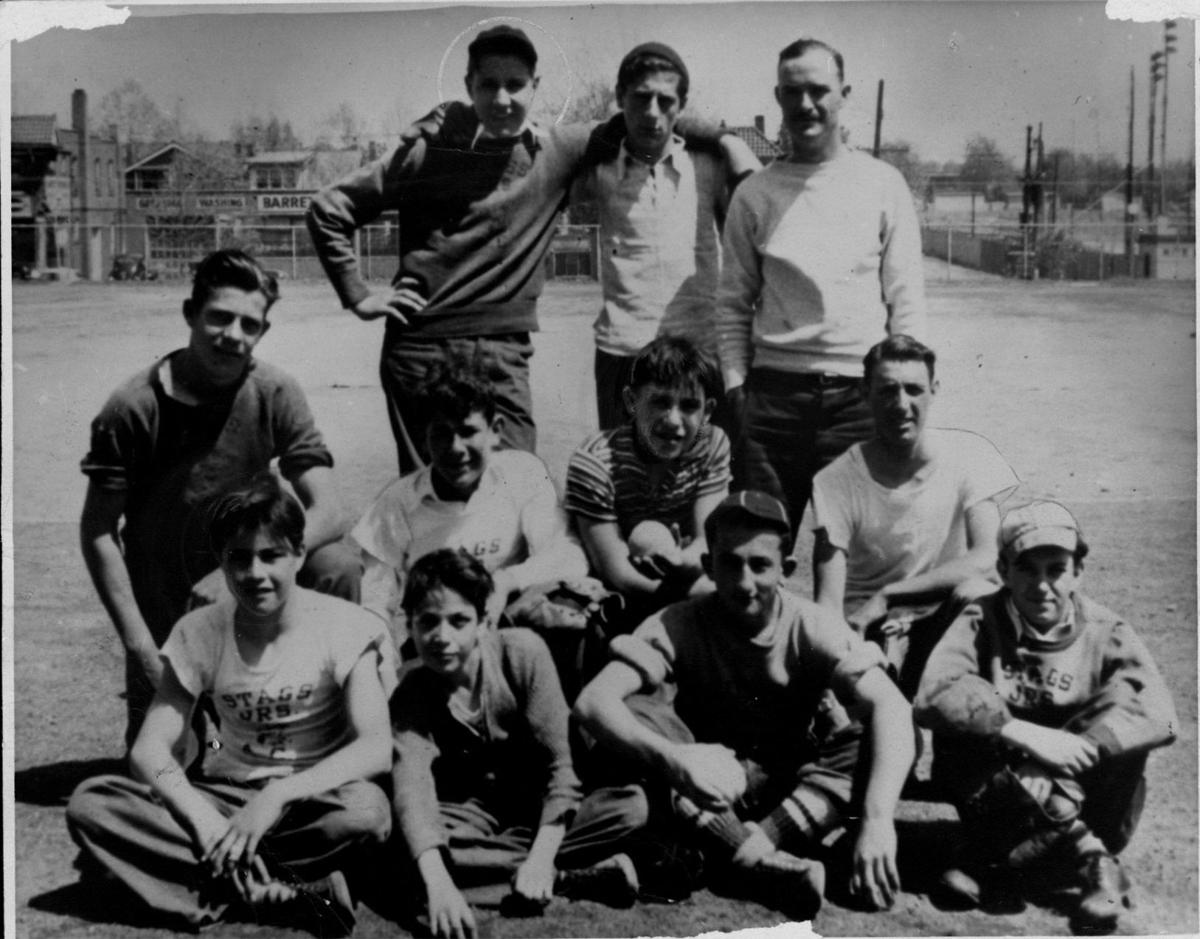 At age 12, Yogi Berra and his friends started a baseball team known as the St. Louis Stags. Yogi is in the middle row, second from right. Joe Garagiola is in the front row, far left. 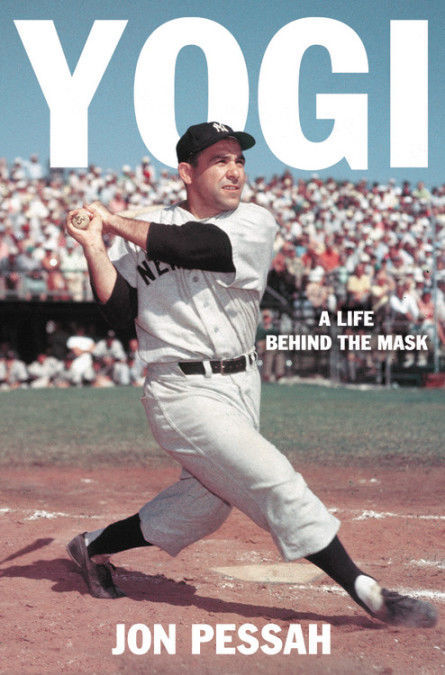 "Yogi: A Life Behind the Mask"