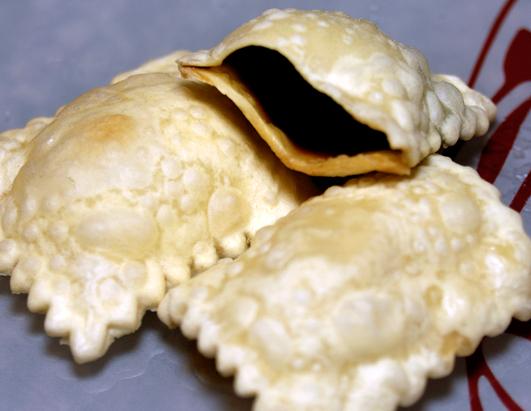 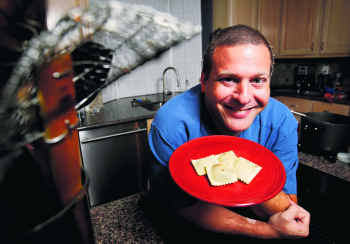 Recently back from judging pies at the Missouri State Fair (where I found a new favorite fair food: peanut butter kettle corn), I got a kick out of this story about deep-fried beer at the State Fair of Texas.

Mark Zable came up with the idea to inject beer into pretzel-like dough pockets. He fries them until the outside is golden and crisp, and a bite releases all the beery goodness inside.

"Why drink your beer when you can eat it?" Zable asked the Dallas Morning News.

Zable's fried beer is competing with eight other imaginative entries in this year's Big Tex Choice Awards; two winning creations that will be announced next Monday will be sold at the Texas fair when it begins Sept. 24. Among the other contenders: fried club salad, fried frozen margarita, fried chocolate and fried lemonade.

You may have heard of last year's Big Tex winner -- deep-fried butter -- thanks to Oprah Winfrey, who tasted it while taping an episode of her show at the fair.

By the way, a story about the Missouri State Fair pie contest mentioned above will run in Wednesday's Let's Eat section. It includes recipes for the two winning pies: Grandma's Strawberry Pie and My Best Lemon Cream Pie.