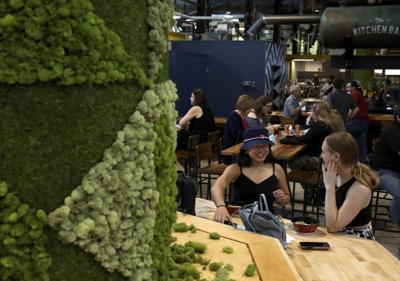 The Post-Dispatch published the sixth annual edition of the STL 100 on March 8, 2020. Two weeks later, I wondered whether there would be a seventh. It hardly mattered at the time.

Two years later, the STL 100 returns not to celebrate the end of the pandemic but to acknowledge the hard work these restaurants — and so many others — have done since then: to pivot, to police mask mandates, to pivot back, to open for the first time or just to open today.

In that spirit, this year’s STL 100 doesn’t feature a separate ranking of the Top 25 restaurants. Each establishment has been returning at its own pace. Each diner, too, from those already splurging on multiple courses in a packed dining room to those who would rather grab takeout or curbside pickup to bring home to their families.

Whoever you are, whatever your comfort level, welcome back. Here are a few places I think you might like.

• The information in this guide is current as of April 2022, and we will make updates as needed. However, restaurant operations can be inconsistent in the best of times. For the most up-to-date information, contact the restaurant directly.

• Restaurants must have opened in some form by Dec. 31, 2021, to be eligible for inclusion. Restaurants returning from 2020 or an earlier edition of the STL 100 have been revisited, most within two months before publication.

• Restaurants are listed alphabetically. To view an index by cuisine, click here.

Beyond the Kitchen: Taqueria Durango perseveres through hardship

Beyond the Kitchen: Melanie Meyer of Tiny Chef connects with her culture through Korean street food

Officials say the cost of food away from home will rise at double the average rate of the past two decades.

Review: Jalea in St. Charles dazzles with Peruvian dishes from a rising-star chef

Under new ownership since 2019 and reopened last summer after a pandemic hiatus, the Tenderloin Room is remodeled and refreshed.

The walk-up window at the production facility Gioia's Deli opened in 2021 features its full menu of hot salami and other sandwiches.

Review: Timothy’s the Restaurant, like its best dishes, feels both familiar and new

Timothy's in Creve Coeur succeeds as both a date-night dining destination and as a casual neighborhood spot for drinks.

The concept, described as "years in the making," will breathe new life into the space at 3200 South Grand Boulevard.

Staffing issues lead to the indefinite closure of the Kingshighway Courtesy Diner, and its future is uncertain.

Sabroso Cocina Mexicana delights through a broad range of dishes, including tacos, quesabirria, tortas and huaraches.

Review: Westchester is upscale dining for any season in Chesterfield

Under chef and co-owner Matthew Glickert, the cooking at Westchester is smart, seasonal and pleasure-forward.

From fluffy pancakes to beignets with sausage gravy to smoked pork ribs, Grand Pied is as distinctive as it is comforting.

801 Local, the new restaurant from the group behind 801 Chophouse and 801 Fish, lacks a defining personality.

A spinoff of the 9 Mile Garden food-truck park, Frankie Martin's Garden also features a beer pavilion and a reservations-only bar. 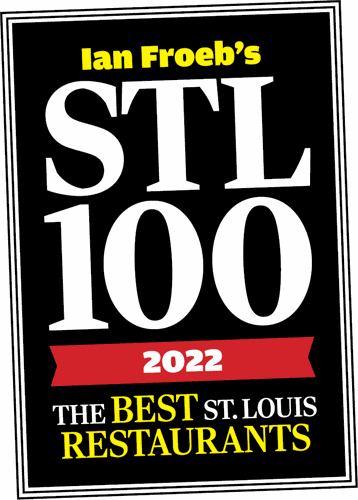