Scottie Corrigan is Commonwealth’s executive chef, with Sierra Eaves as sous chef. Matthew Birkenmeier, who in recent years has led the kitchens at the late Quincy Street Bistro in Princeton Heights and the Hotel St. Louis and its Union 13 restaurant downtown, is the executive chef and beverage director for the entire Angad Arts Hotel.

As the Post-Dispatch reported in July, Commonwealth draws its menu inspiration from the more than 50 countries that comprise the British Commonwealth.

In practice, Corrigan tells Off the Menu, Commonwealth’s menu focuses on the spice trade, without trying to encompass the entirety of the British Commonwealth.

That, he says, “would be chaotic, so we tried to narrow it down and focus, but we were also given full culinary freedom, so it gave us the ability to kind of play around as we wanted to and still utilize those spices and ingredients.”

The menu is upscale, with main course prices ranging from $27 to $45. Foie gras, not often seen on St. Louis menus these days, appears both as the featured ingredient in a first course and also as the gravy for a rack of lamb and as the foie gras-blackberry butter paired with a flat-iron steak.

“I think everybody's ready to cherish their moment with their people,” Eaves says. “And that's what we want. We're big about moments.”

We're tracking St. Louis establishments where you should be prepared to show your CDC vaccine card.

Caleco’s Bar & Grill has permanently closed at 101 North Broadway downtown, according to a sign posted on the restaurant’s front door.

The Halloween pop-up from the team behind Lazy Tiger, Yellowbelly and Retreat Gastropub returns after a pandemic hiatus.

The two-night pop-up event features Lego-inspired brick sculptures and bricks for customers to build with.

Danni and Marcus Eickenhorst will suceeed Joy Grdnic, who founded the Fountain on Locust in 2008. 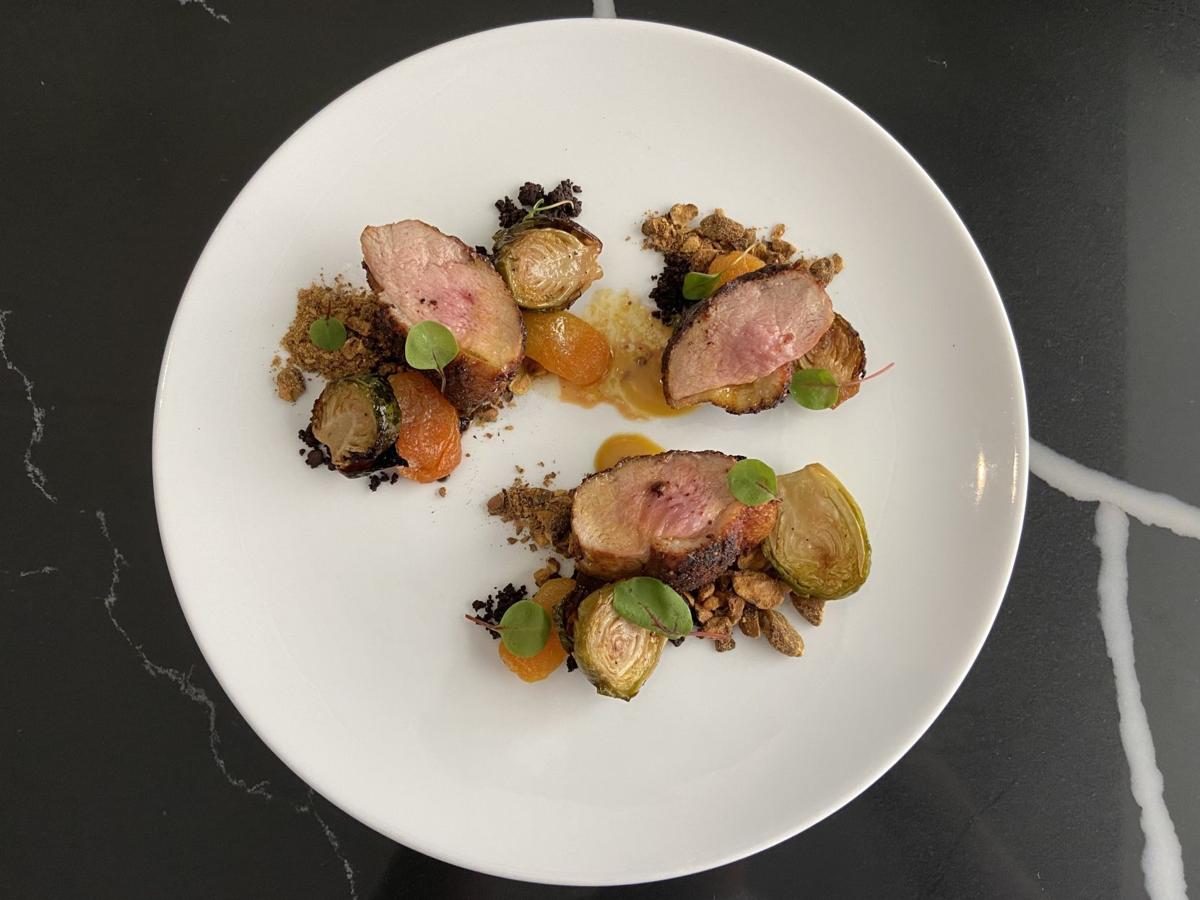 Tandoori duck breast with Brussels confit, a dish at the new restaurant Commonwealth at the Angad Arts Hotel in Grand Center. Photo by Ian Froeb, ifroeb@post-dispatch.com 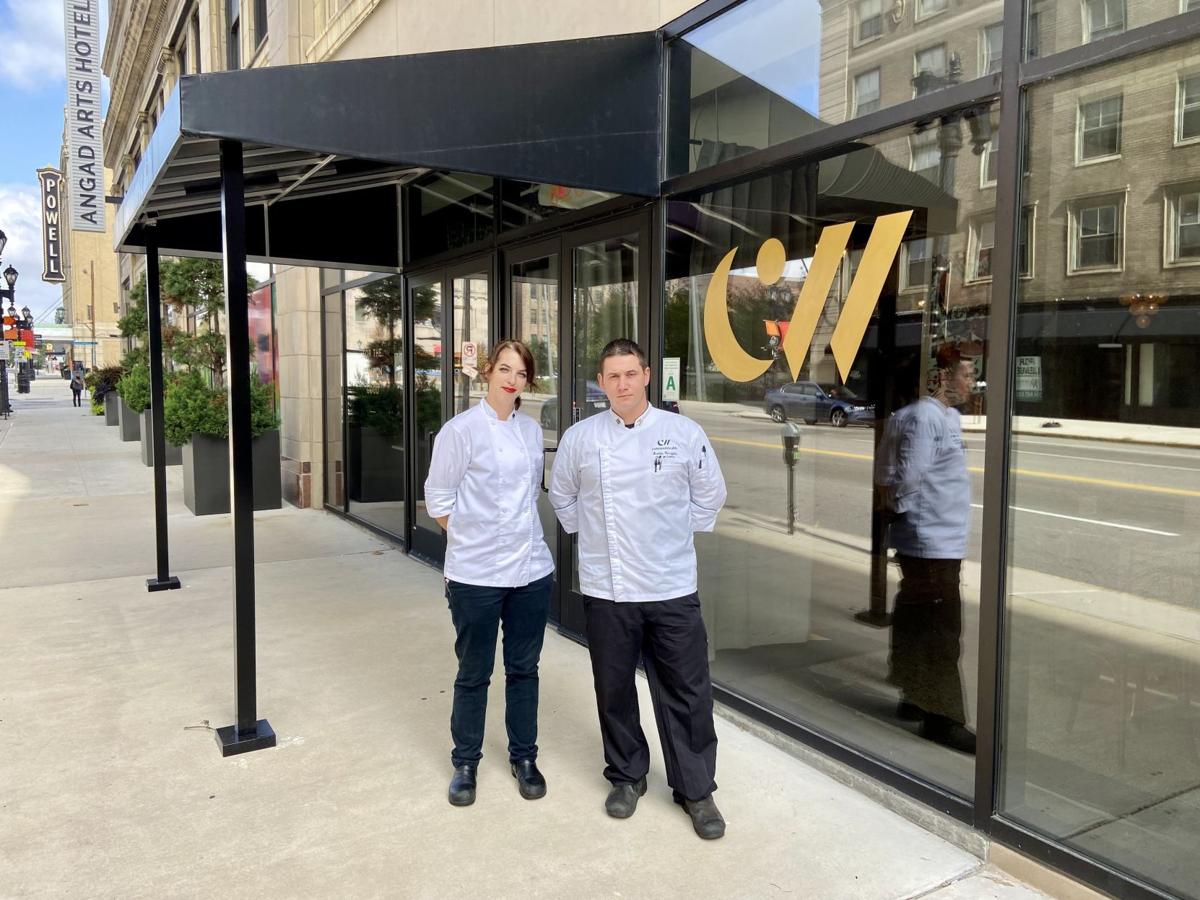 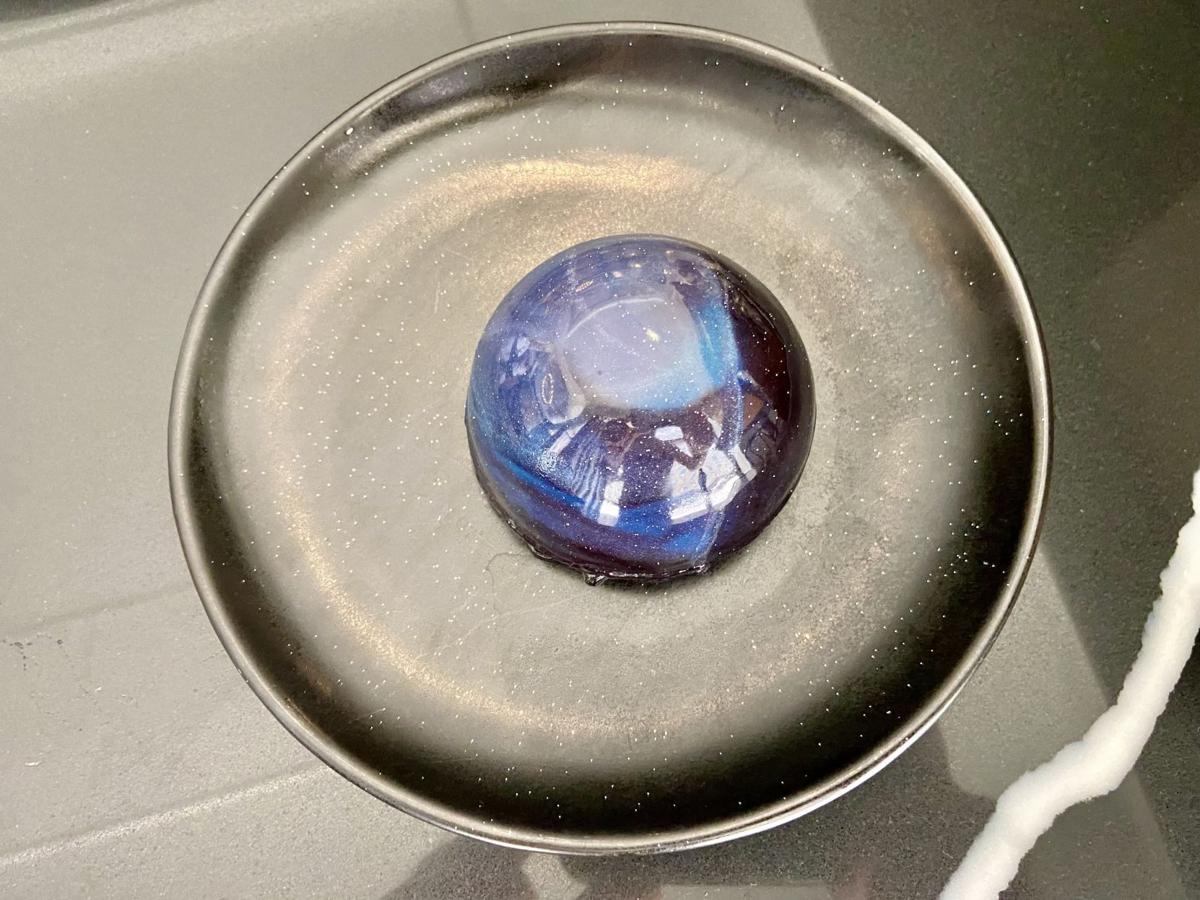 Starry Night, a dessert at Commonwealth at the Angad Arts Hotel in Grand Center. Diners crack the shell open at the table. Photo by Ian Froeb, ifroeb@post-dispatch.com