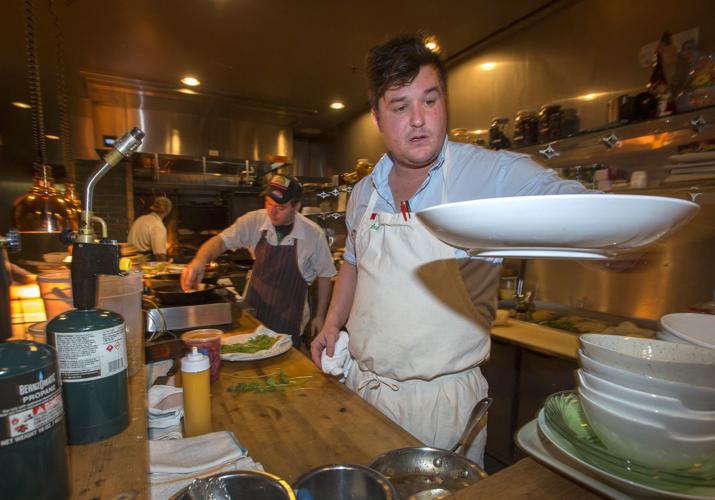 Mike Randolph, acclaimed chef at Publico and Randolfi's in the Delmar Loop in University City, in his restaurant Publico Tuesday, Dec. 13, 2016. Working with him are sous chef Bryan Russo, center, and Derek Graue, at the hearth. Photo by Karen Elshout 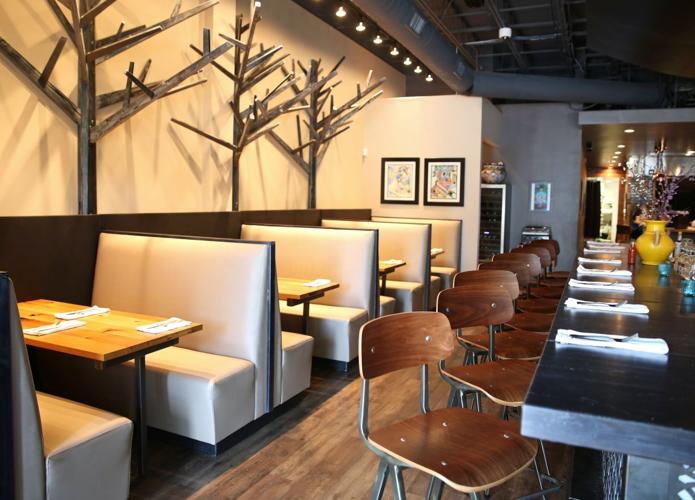 Mike Randolph will close his acclaimed Delmar Loop restaurant Público on Dec. 22, ending a run of just under four years.

“We were really hot for the first two years,” Randolph said Wednesday. “And since then we’ve just seen a steady decline.”

Público opened in 2015, serving wood-fired fare inspired by Latin American cuisines. This restaurant critic named it the No. 1 new restaurant of that year, and in 2016 it was a semifinalist for “Best New Restaurant” nationwide at the James Beard Awards.

Among its other plaudits, Público has landed in the Top 10 of the STL 100 for three consecutive years.

“We kept trying to think maybe this, maybe that, maybe changing the menu would help out,” Randolph said. “When the numbers don’t add up, they don’t add up.”

“The reality is, 10 years ago, when I came to St. Louis, there weren’t a ton of (those kinds of) restaurants,” he said. “Now as things open up, people tend to go to the shiny new object.”

Randolph believes Público fell into a “no-man’s land” between a restaurant’s second year, when its initial buzz ebbs, and its later years when (ideally) it has become an institution.

Randolph says that while he is sad, “I’m not bitter. I’m not angry. (But) if you have restaurants you like, you’ve got to support them.”

Público is the third Loop restaurant Randolph has closed since September 2017. Privado, his four-star tasting-menu restaurant, closed this summer after a year. Privado, in turn, had replaced Randolfi’s Italian Kitchen.

(Randolph’s breakfast-lunch cafe Half & Half remains open in Clayton and Webster Groves. That concept, he says, skipped the no-man’s land between early success and becoming an institution.)

When asked, Randolph said he didn’t blame the Loop location for the closures. Indeed, he believes Público’s situation — proximity to its customer base, with parking in back — was excellent.

He again turns to the crush of new restaurants competing, in his view, for the same customers.

As for the future, he said: “You’re going to see big-time restaurants opening up and closing within a year. It’s going to push competition, but being on the flip side of that coin is a bummer.”

Tony Nguyen faces three counts of domestic assault and one count of unlawful use of a weapon.

The first of several venues inside the 250,000-square-foot space will feature food and drink, interactive games and a stage for live performances.

The owner of Carnivore and Pit Stop on the Hill will bring GastroPit and El Milagro Azteca to the nearby neighborhood.

Hocus Pocus 2: They're Back (Spot)

Mike Randolph, acclaimed chef at Publico and Randolfi's in the Delmar Loop in University City, in his restaurant Publico Tuesday, Dec. 13, 2016. Working with him are sous chef Bryan Russo, center, and Derek Graue, at the hearth. Photo by Karen Elshout