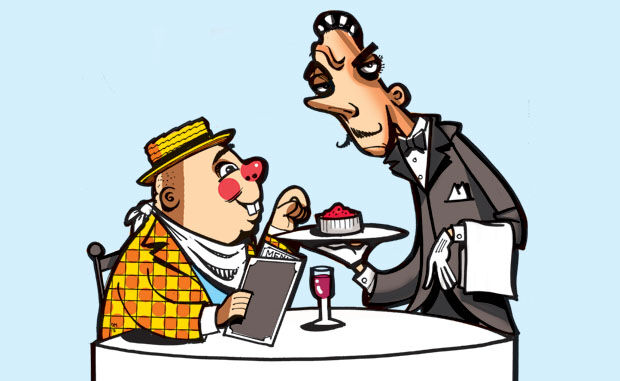 Conquer the menu with our contemporary dining glossary. Illustration by Dan Martin, dmartin@post-dispatch.com 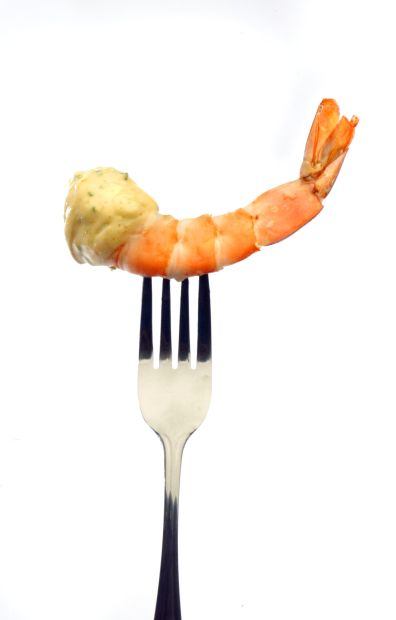 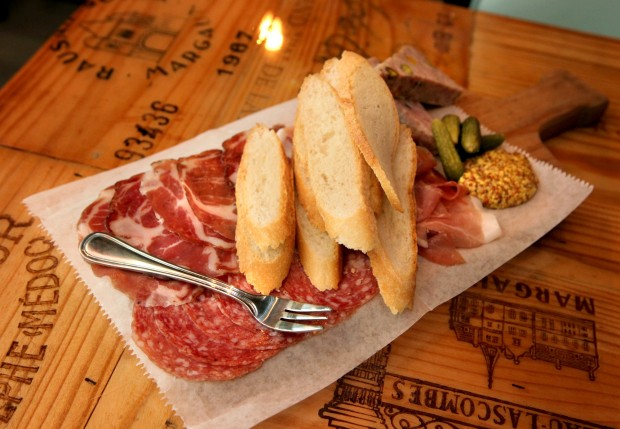 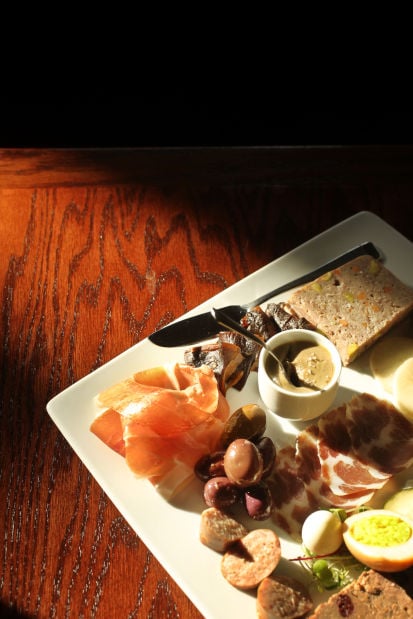 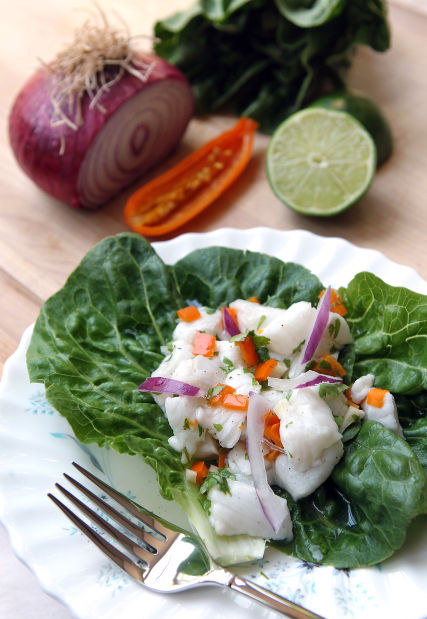 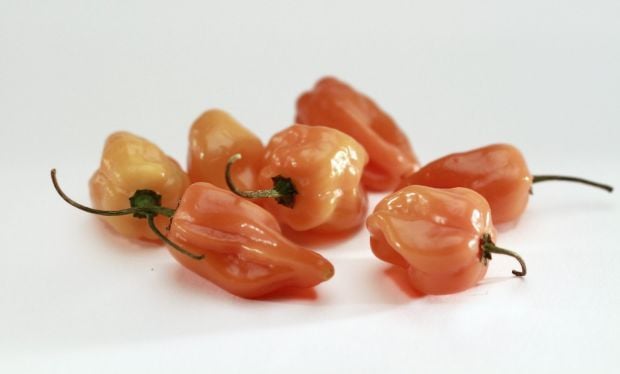 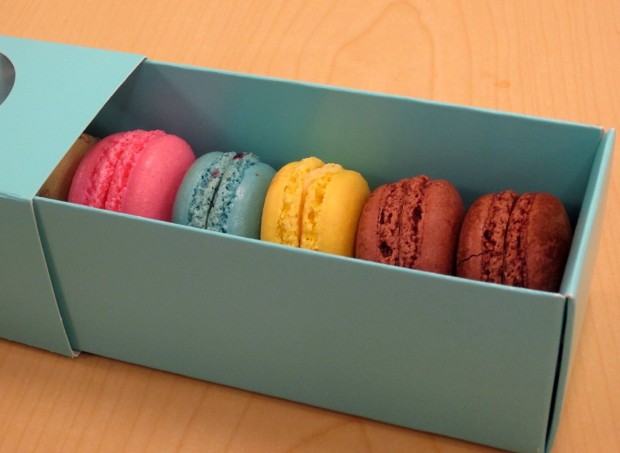 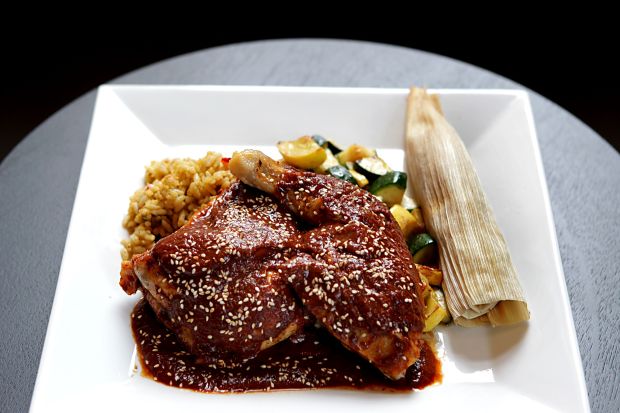 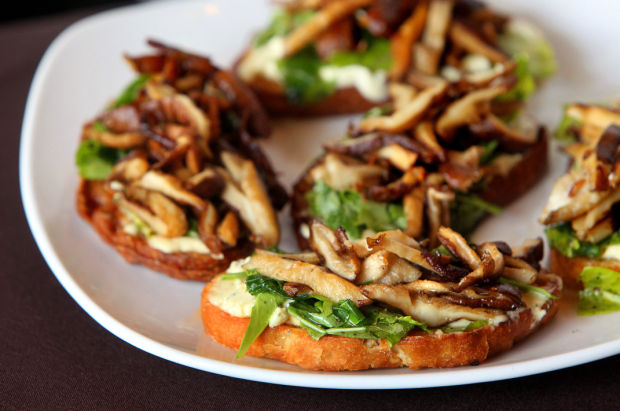 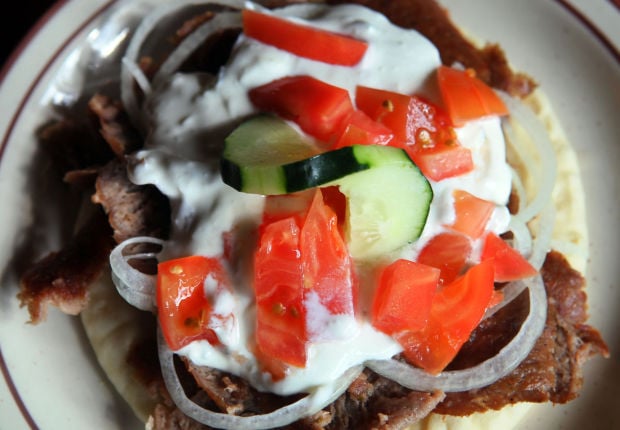 The tzatziki sauce at Olympia Kebab House and Taverna is made with sour cream, cucumber, garlic, salt and lemon. Post-Dispatch file photo 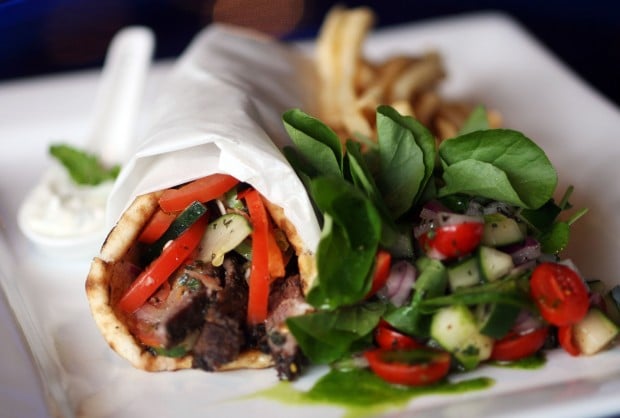 Used to be the prices were the most intimidating part of a menu.

Oh, sure, maybe once every couple of years you splurged on a Special Meal at that Fancy French Restaurant, and someone — a wiser dining companion if you were lucky, a snooty waiter if you weren’t — told you that you aren’t supposed to pronounce the t in escargot. (And you do know that escargots are snails, don’t you?)

Nowadays, though, our knowledge of and curiosity about food stretches around the globe and also through time, as chefs bring back classic preparations. Even a humble neighborhood joint might draw upon ingredients or techniques from Mexico, Peru or Korea for a dish.

You should never feel embarrassed to ask what this or that ingredient is, or how it’s pronounced. (I’ve been a restaurant critic for the better part of a decade and still can’t wrap my mouth around some French vowels.) But the fear of being exposed as unhip rubes can lead even the most eager diners to point at what they don’t know and just hope for the best. Or, worse, to avoid the unfamiliar altogether.

Here is a guide to some of the ingredients and terms that have become de rigueur in contemporary dining, from humble taquerias to four-star restaurants.

And, no, I can’t pronounce de rigueur correctly, either.

al pastor (ahl pahs-TOHR): A Mexican taco style, featuring heavily seasoned pork with pineapple and onion. True taco al pastor meat is cooked on a vertical spit as gyro meat is, but you rarely, if ever, see this in St. Louis.

cabeza (kah-BAY-suh): Cabeza is the meat from the head of a cow. In St. Louis taquerias, this almost never includes the brain or the eyes. Basically, if you’ve enjoyed beef cheek meat at a restaurant, you’ll love tacos de cabeza.

ceviche (se-VEECH-eh): Raw seafood marinated in citrus juice, which “cooks” the fish. (The acid in the citrus juice changes the fish’s texture.) You might hear the v pronounced as a b.

charcuterie (shar-KOO-tuh-ree): Sausage, salume and other cured, smoked and otherwise preserved meats as a general category. You can also put the accent on the last syllable.

creme fraiche (krem fresh): A classic French soured cream (not as sour as generic sour cream) that is moderately trendy as an accent on dishes.

crudo (CREW-doh): Crudo can refer to any raw Italian dish, but the one wildly popular at the moment serves thin-sliced raw fish with olive oil and seasonings.

dashi (DAH-she): Japanese stock, the basic variety is made with dried kelp and shavings of preserved bonito (a fish). This cornerstone of Japanese cuisine has become increasingly popular with American chefs for its powerful umami (see below) quality.

gelée (zhel-LEE): Jell-O sounds so much swankier in French, doesn’t it?

geoduck (GOOEY-duck): A saltwater clam harvested in the Pacific Northwest but more popular in Asia than in the United States. Looks like a — well, just Google it.

habanero (ah-bah-NEHR-oh): An exceptionally hot chile. Often mispronounced as if it were spelled habañero.

kimchee (or kimchi) (KIHM-chee): A Korean dish of fermented, spiced cabbage (or other vegetable). Very pungent. Fermentation is very trendy now, and kimchee is among the greatest of all fermented dishes.

lardo (LAHR-doh): Italian seasoned, cured fatback. The name itself should tell you how gloriously luscious it is.

lengua (LEN-gwah): At taquerias, lengua is beef tongue. A very tender cut, with a flavor reminiscent of roast beef.

macaron (mah-kah-RAUN): A classic French dessert of meringue biscuits surrounding a buttercream or ganache filling, the macaron has seen a surge of popularity in the past few years. Not to be confused with macaroons (small cookies made with almonds or coconut).

pho (fuh): Traditional Vietnamese beef-noodle soup. It doesn’t rhyme with show, but the pronunciation provided here is just a rough approximation of the Vietnamese sound.

rillettes (REE-yet): Meat (often pork) cooked and then preserved in its own fat.

sous vide (soo VEED): The sous vide method cooks food (sealed in an airtight bag) in a water bath set to the temperature of the food’s desired doneness. This avoids overcooking and results in especially tender meat.

Sriracha (see-RAH-cha): A chile sauce named for a small town in Thailand, though the version most popular in the United States is made in California.

sweetbreads: Offal (organ meats) has never really taken off in St. Louis fine dining, but sweetbreads remain an exception. The term has been used as a euphemism for many different “variety cuts” over the decades, but as a general rule it refers to the thymus gland, usually of a calf.

umami (oo-MAH-mee): Now considered the fifth quality that we taste, along with sweet, sour, salty and bitter. Umami, a Japanese term, is best understood as a sort of deeply sating savoriness. Why do some chefs add MSG to food in the first place? Umami is the answer.

Want to start a lively bar argument? Ask everyone what they’d call a sandwich with strips of spit-roasted beef and lamb with tomato, onion and a yogurt-based sauce wrapped inside a pita.

Here are some of the most frequently vexing culinary terms that I’ve encountered over the years — terms, I must note, that restaurateurs, chefs and servers are as liable to botch as diners.

bruschetta: The ch combination in Italian is often counterintuitive. You pronounce this familiar antipasto broo-SKETT-uh, not broo-SHETT-uh. In practice, though, the Americanized version is so widespread that it can hardly be considered “wrong.”

foie gras: It’s fwah gra. And while we’re on the subject, foie gras is pâté; pate is your noggin.

jalapeño: So commonplace that I almost didn’t include it in this list. I decided to do so anyway — mainly so the correct pronunciation (hah-lah-pain-yo) is matched by the correct spelling.

prix-fixe: You write two x’s, but only pronounce the second (pree-fix). Or you can be pretentious and just call three courses for a set price a tasting menu.

Worcestershire: You can call it WUSS-ter-sher, or you can shorten it to WUSS-ter. Or, as one wag on our Food Talk forum suggested, you can pronounce it “Lea & Perrin’s.”

RESERVE A TABLE WITH CONFIDENCE

Chrissy Teigen has had 'cheek fat' removed from face

Chrissy Teigen has had 'cheek fat' removed from face

Element is one of the year's best new restaurants

The dishes turned out by a team of four chefs look and taste like complete thoughts, not culinary Frankensteins.

The flavor combinations that make sense in Hale's head also make sense on the plate.

It's not fancy, but Famous Szechuan Pavilion stands out for all the right reasons.

SLAM flunk: Panorama is a masterpiece of failure

The Crossing in Clayton is still serving some of the best food in St. Louis.

Go beyond Sriracha with these Asian hot sauces

Conquer the menu with our contemporary dining glossary. Illustration by Dan Martin, dmartin@post-dispatch.com

The tzatziki sauce at Olympia Kebab House and Taverna is made with sour cream, cucumber, garlic, salt and lemon. Post-Dispatch file photo