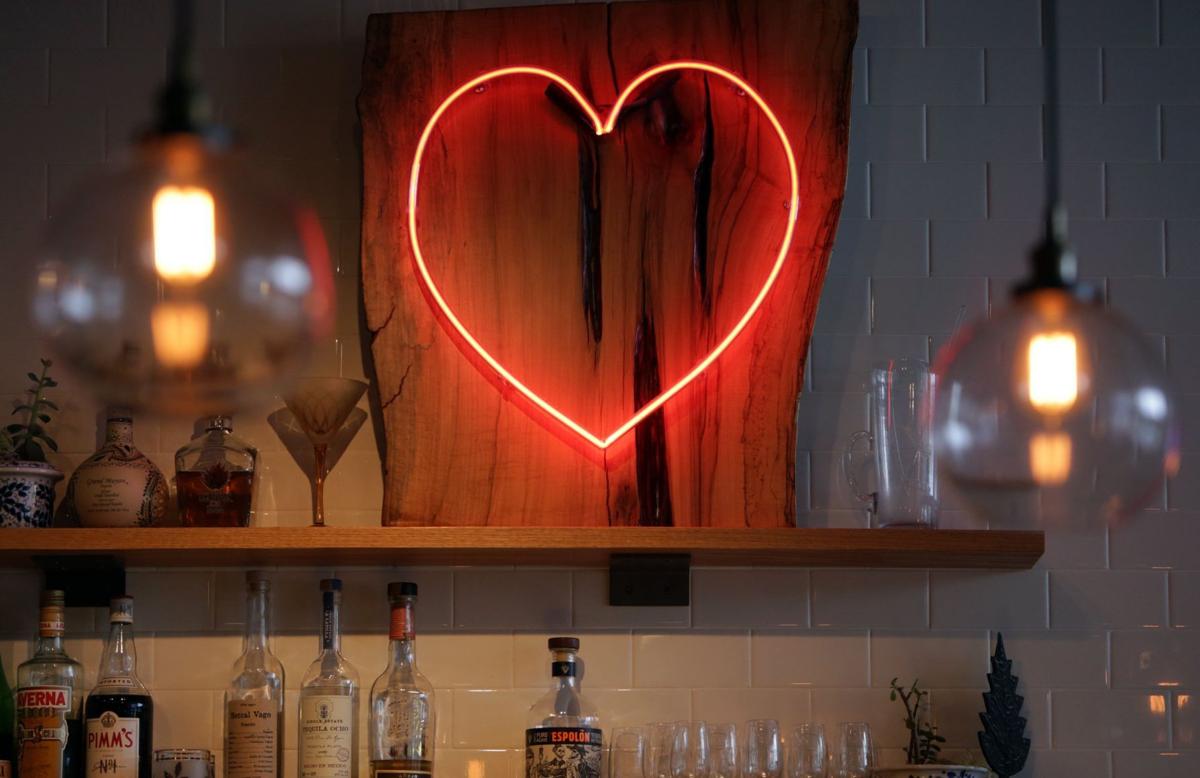 Well, that was a confounding year.

When I began work on my list of 2016's best new restaurants, I ranked the contenders based on the number of stars I'd awarded them. This method made sense: It had worked in previous years, and the restaurant that ended up on top clearly belonged there.

Beyond that, though, the list felt off. My memories of the most conventionally sophisticated three-star restaurant weren't as vivid as those of a carryout-only spot the size of a studio apartment.

My favorite dish of the year was ezogelin, a spicy Turkish soup that Sheesh Restaurant serves as a complimentary first course.

With that in mind, I jumbled up the list, walked away from it for a little while and then tweaked it some more. What you're about to read is what, in the end, felt right.

A couple of notes:

• I wait until a restaurant has been open for at least two months before I review it, so the year's best new restaurants excludes those that debuted in November and December. In 2016, two very high-profile openings missed this deadline: Sardella from Gerard Craft and Nixta from Ben Poremba. Look for reviews of both in the coming weeks, and both will be eligible for the best new restaurants of 2017.

• Due to a scheduling quirk, I didn't review several restaurants that had opened in the early fall of 2015 until early 2016: Byrd & Barrel, Retreat Gastropub, Milque Toast and Tai Ke. Given how long all four of them have been open already and that I included all four of them in last year's STL 100, I didn't consider them for this list. 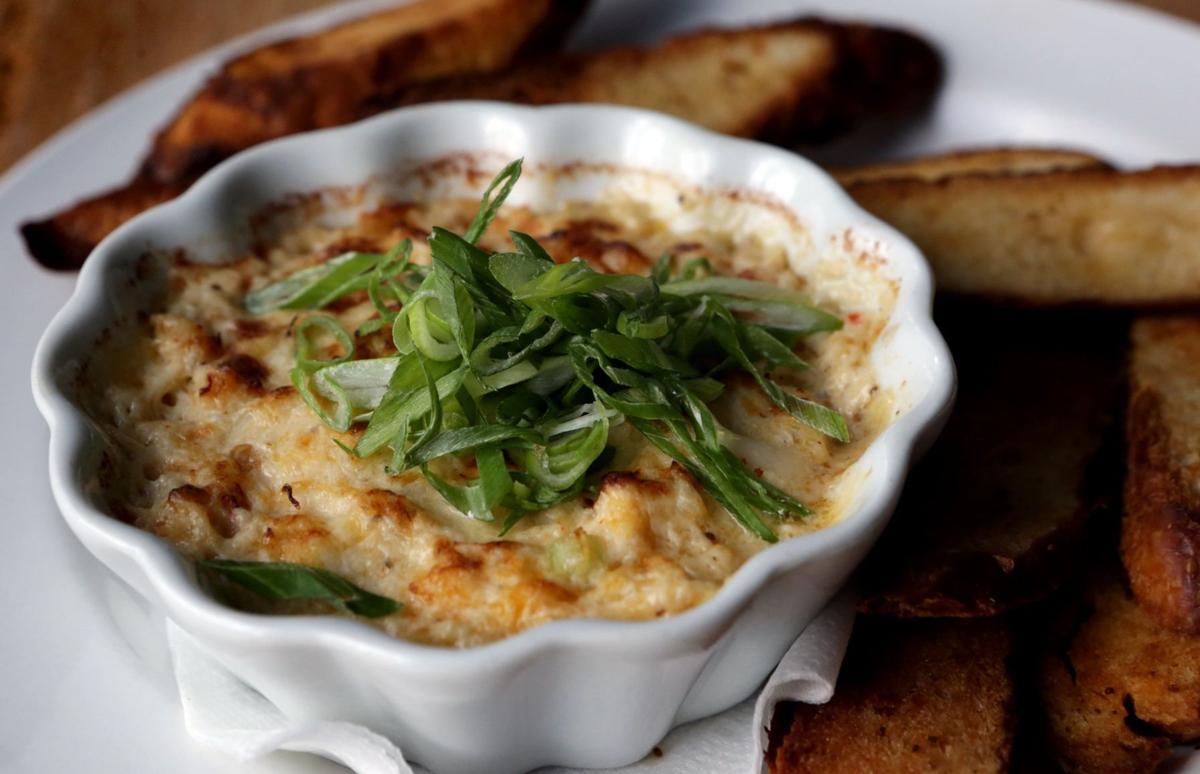 I just went to Olive + Oak's website and tried to book a table for two at 7 p.m. on a Saturday in late March, which date will be about 14 months after the Webster Groves restaurant opened.

No luck. Diners continue to crowd Mark Hinkle and Greg Ortyl's restaurant. They come here for the food, of course. From fried cheese curds to roasted dover sole, chef Jesse Mendica finesses familiar favorites so that they are exciting again. Even now I think about a spring special that reinvigorated tuna tartare — tuna tartare! — with pickled green strawberries.

They come, too, for the hospitality. Or, rather, to use a word without the shine of the corporate branding seminar, they come for the warmth. Love suffuses Olive + Oak. On a shelf above the bar, a neon heart glows. On one wall are photographs of families with children with congenital heart defects.

Both Hinkle and his wife, Jennifer, and Ortyl and his wife, Becky, lost a son to congenital heart defects. They named the restaurant for the two boys and hope it will continue to raise awareness of the condition.

That is quite a burden to place on any restaurant, but instead of shouldering the weight, Olive + Oak lifts it high. 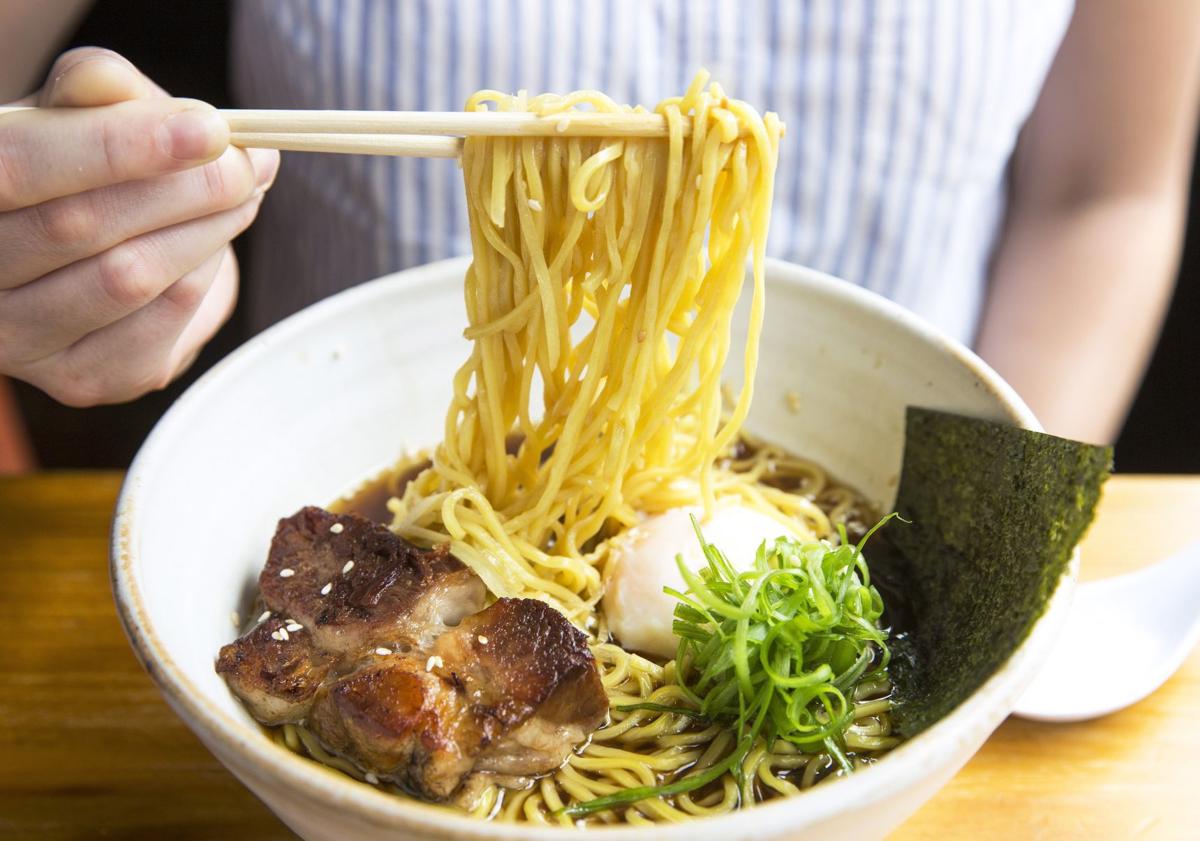 One of the great joys of following an area's dining scene for a few years is seeing a chef you've always admired finally open a place of his or her own. An even greater joy is when that place isn't at all what you expected.

Chris Bork had proven himself with the everyday fare at the Mud House and creative, upscale modern cuisine at Blood & Sand, but when he announced that his first restaurant, in partnership with Mud House owners Casey and Jeremy Miller, would be Vista Ramen, I raised an eyebrow.

As it happened, Vista Ramen is no mere bandwagon-hopping ramen joint. In fact, Bork's ramen features a broth of his own recipe, and in one version he spikes it with ancho-chile paste and calls it posole. You'll find such clever, boldly flavored and border-agnostic touches across the selection of soups and small plates like this summer's everything-bagel-esque salmon confit with carrots and the menu-standard pork ribs with crab caramel. 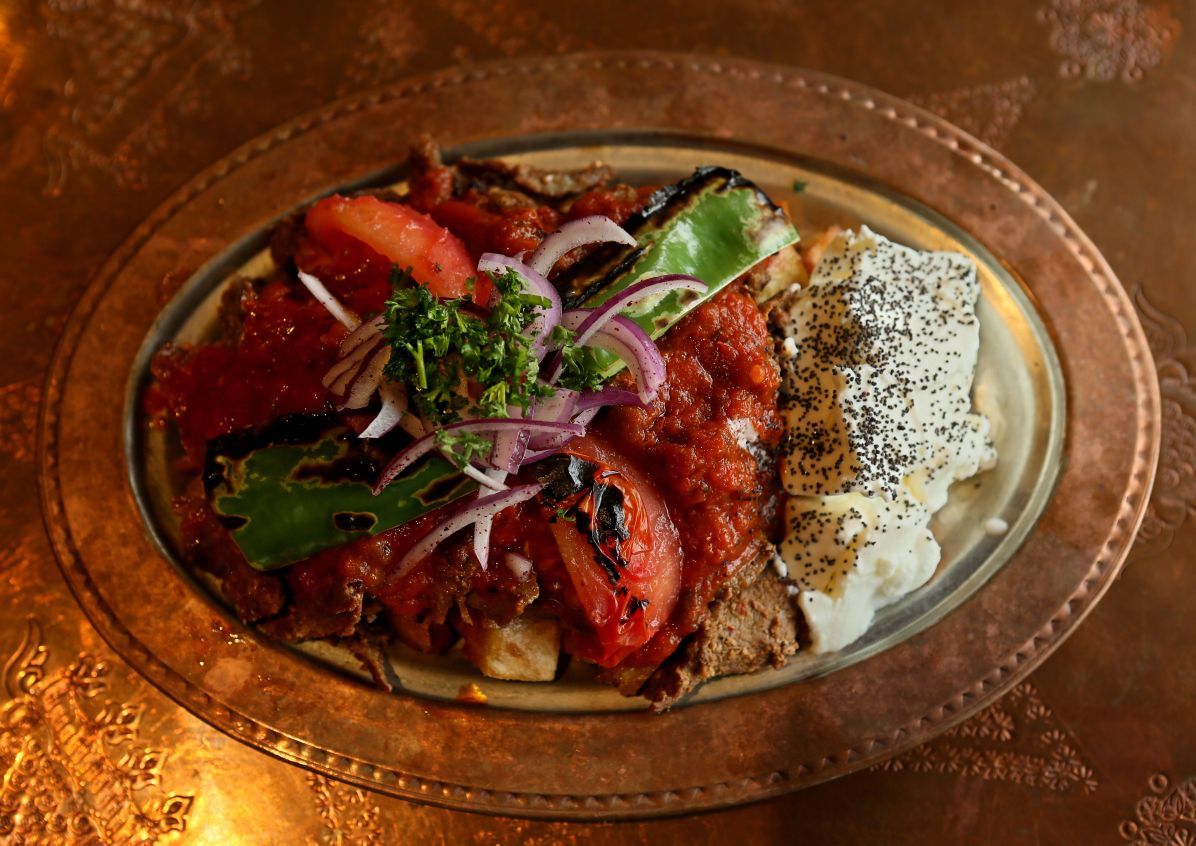 To enjoy Sheesh Restaurant, all you need to know is that it's a Turkish restaurant on South Grand where kebabs are the signature dish — lamb kebabs especially, from the straightforward sheesh kebab to the spicy adana kebab to the elegant pistachio kebab. If your visits are like mine, the highlight will be a bowl of ezogelin, the spicy tomato broth with rice, red lentils, bulgur and a cooling mint garnish that Sheesh serves as a complimentary first course.

To appreciate why Sheesh matters, you should know that Safa Marmarchi, who owns the restaurant with family members, is a refugee from Iraq, via Turkey. He owned a marble company in Turkey and still misses the business, but he'll tell you with pride that almost everything in his restaurant — chair fabric, serving trays, the copper bowls in which his gift to you of a bowl of ezogelin is served — is imported from Turkey.

Sheesh's story is specific and universal. And in an uncivil year dominated by an ugly, irrational fear of “the other,” it's a vital reminder of the role restaurants can play — must play — in bringing us together. 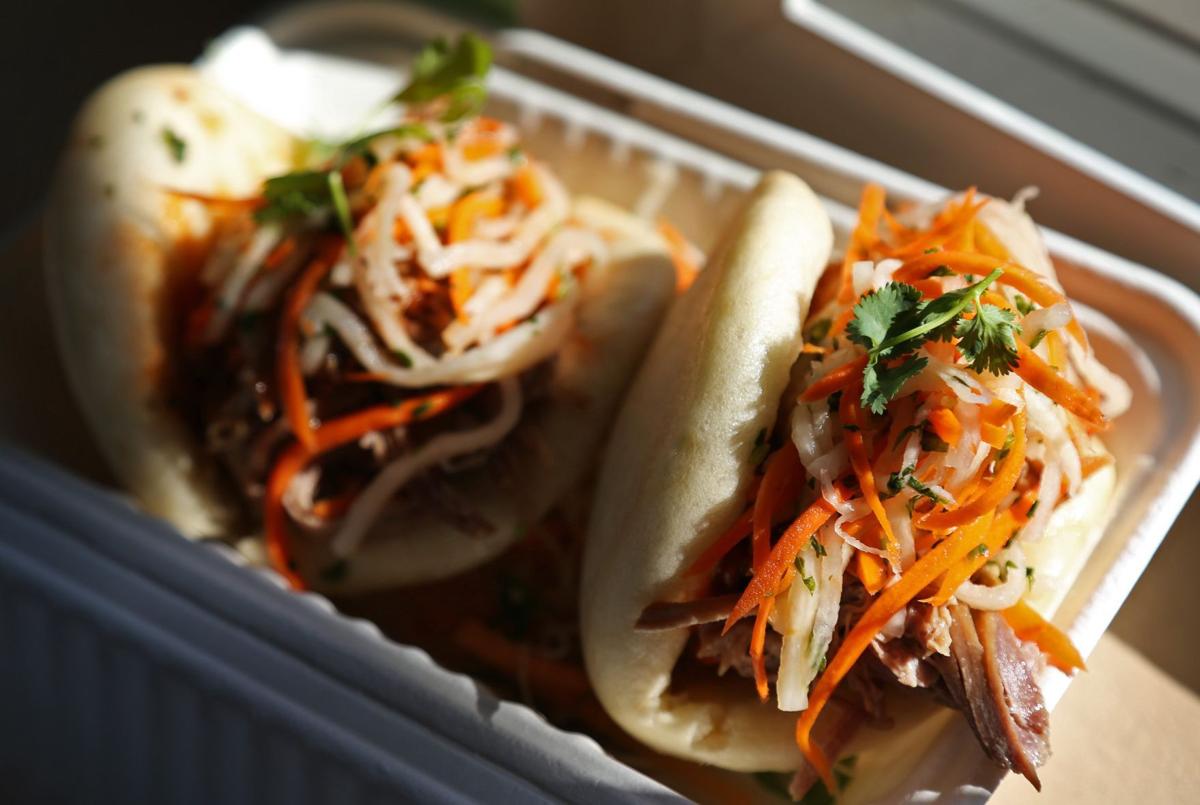 Kounter Kulture is the latest evolution of Kitchen Kulture, the farmers'-market stall and pop-up restaurant from chefs Christine Meyer and Michael Miller. It's also 2016's best example of how a great restaurant is no longer synonymous with tablecloths, wine lists and, you know, seats. Kounter Kulture is tiny and, a few sidewalk tables aside, carryout-only. Still, after you place an order, the kitchen serves you an amuse bouche while you wait.

Kounter Kulture brings together Meyer and Miller's dedication to quality, mostly locally raised ingredients and their passion for various Asian cuisines. Start with the playful togarashi-spiced catfish “po'boy” (actually a steamed bun) and then opt for a hearty main course like ramen noodles with tofu and green curry or gyudon, beef braised in soy and dashi. 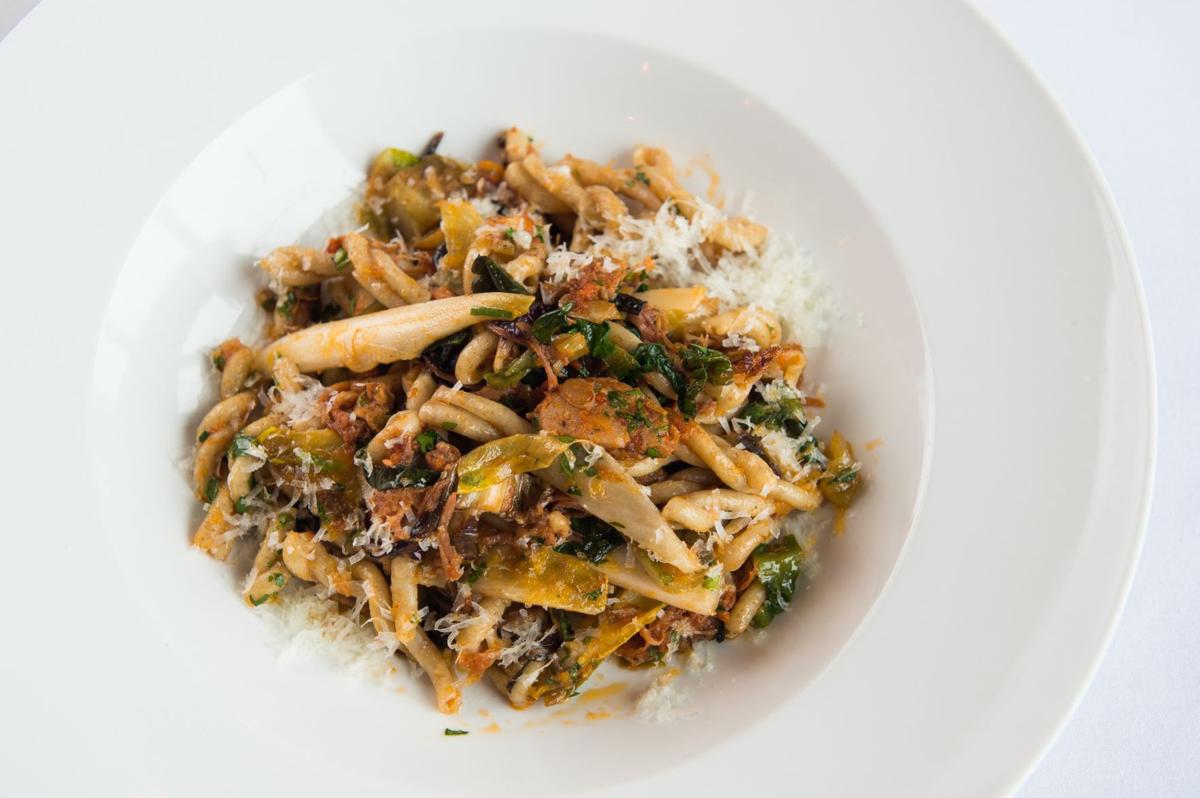 The first of two restaurants that chef-restaurateur Ben Poremba opened in 2016 (as mentioned earlier, Nixta opened in late fall), Parigi is a showcase for executive chef Ramon Cuffie. A 30-plus-year veteran of St. Louis kitchens, Cuffie further honed his already impressive skills by enrolling in the Culinary Institute of America a few years ago.

At Parigi, Cuffie serves refined and deeply satisfying Italian fare. Highlights of my visits included a perfect roast chicken with chicory and grilled lemon and veal cheeks braised in red wine. The menu has changed since then, but the svizzera — a big, beautiful bacon cheeseburger — remains a highlight. 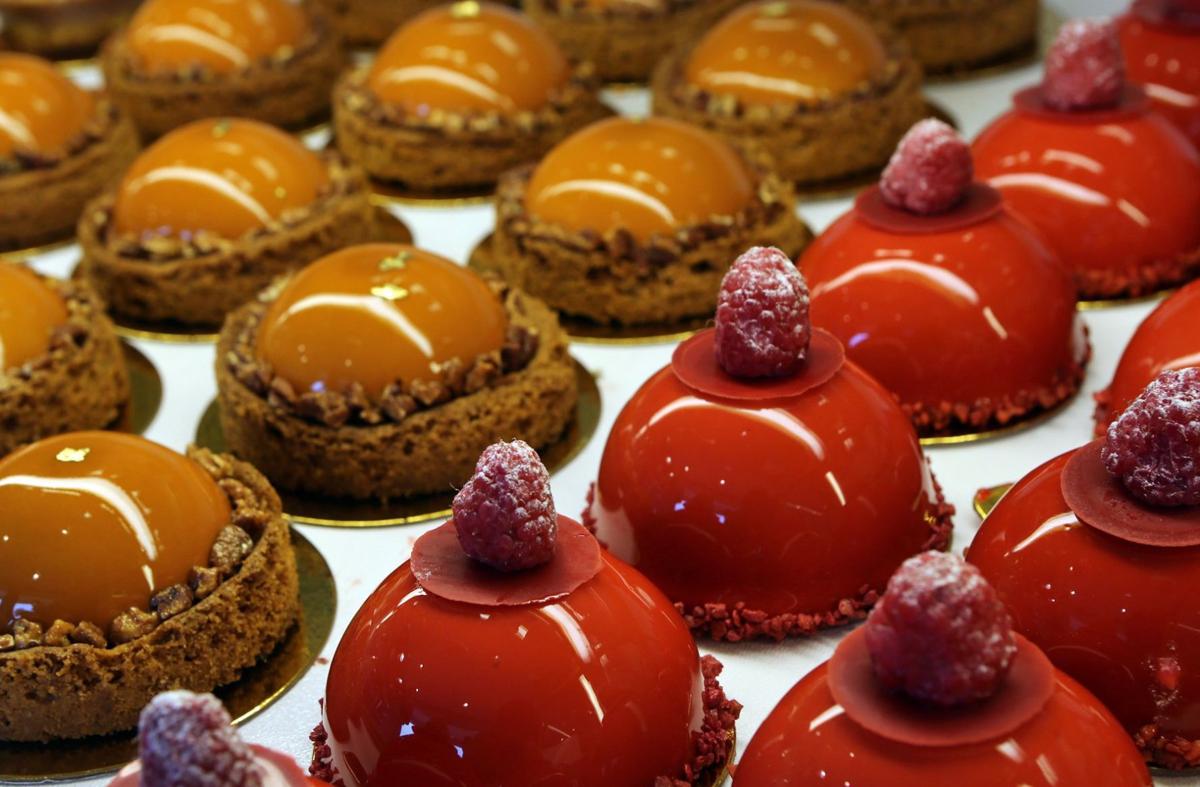 Nathaniel Reid's background as a pastry chef includes luxury hotels, but his bakery occupies a modest Kirkwood storefront, and even the gorgeous, luxury-hotel-esque creations displayed here are priced for everyday indulgence. Among my favorites of those desserts is the Amber, a study in caramel: caramel mousse and pecan caramel on a sablé Breton. Reid and his wife and fellow pastry chef, Lee Lee Reid, also excel at croissants, brownies and other everyday treats. 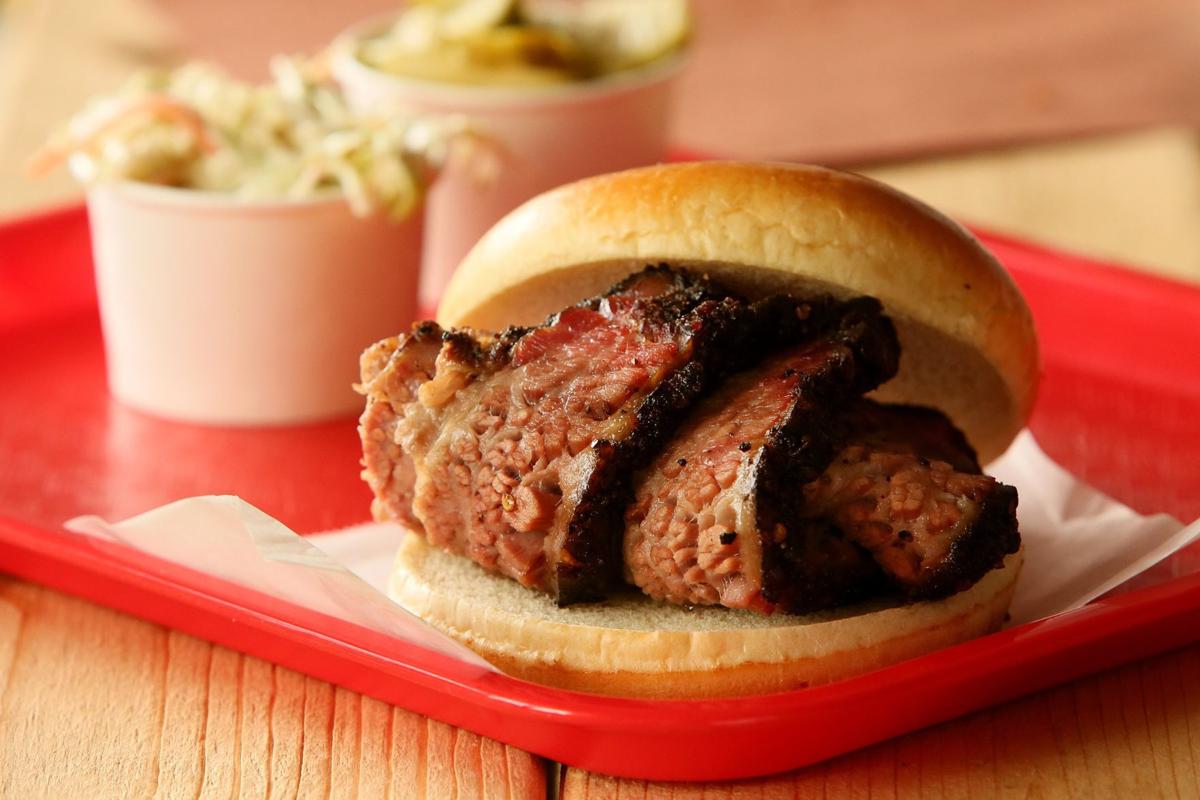 The St. Louis barbecue boom continues to expand its reach. In 2015, the standout debut was Beast Craft BBQ Co. in Belleville. In 2016, the clear highlight among the new joints was Big Baby Q and Smokehouse in Maryland Heights. From a small storefront with limited seating, veteran chef Ben Welch and his father, Bennie, are serving up terrific takes on beef brisket, pork spare ribs, pulled pork and other classics. Meat is also a crucial part of Big Baby Q's best sides, tangy beans with pork and collard greens with smoked ham hocks. 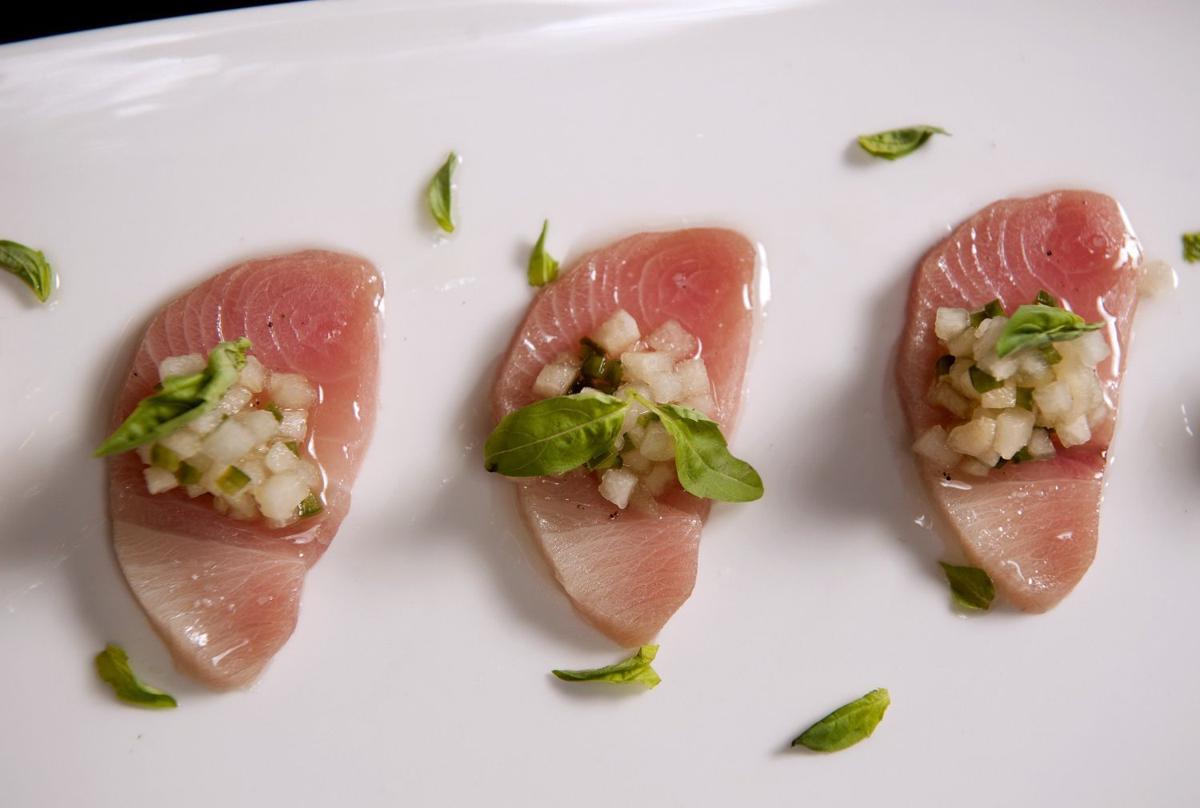 801 Fish is neither a distinctive nor a chef-driven restaurant — it's owned by the same Des Moines, Iowa, restaurant group as its Clayton neighbor, 801 Chophouse — but the quality of its seafood fare and its polished service more than make up for its anodyne nature. There is a raw bar, of course; there is lobster bisque, crab cakes and seared scallops. But I found the most memorable dishes in unexpected corners, like an appetizer of clams in a Portuguese-influenced tomato-clam broth with andouille or a side dish of togarashi-spiced lobster fried rice. 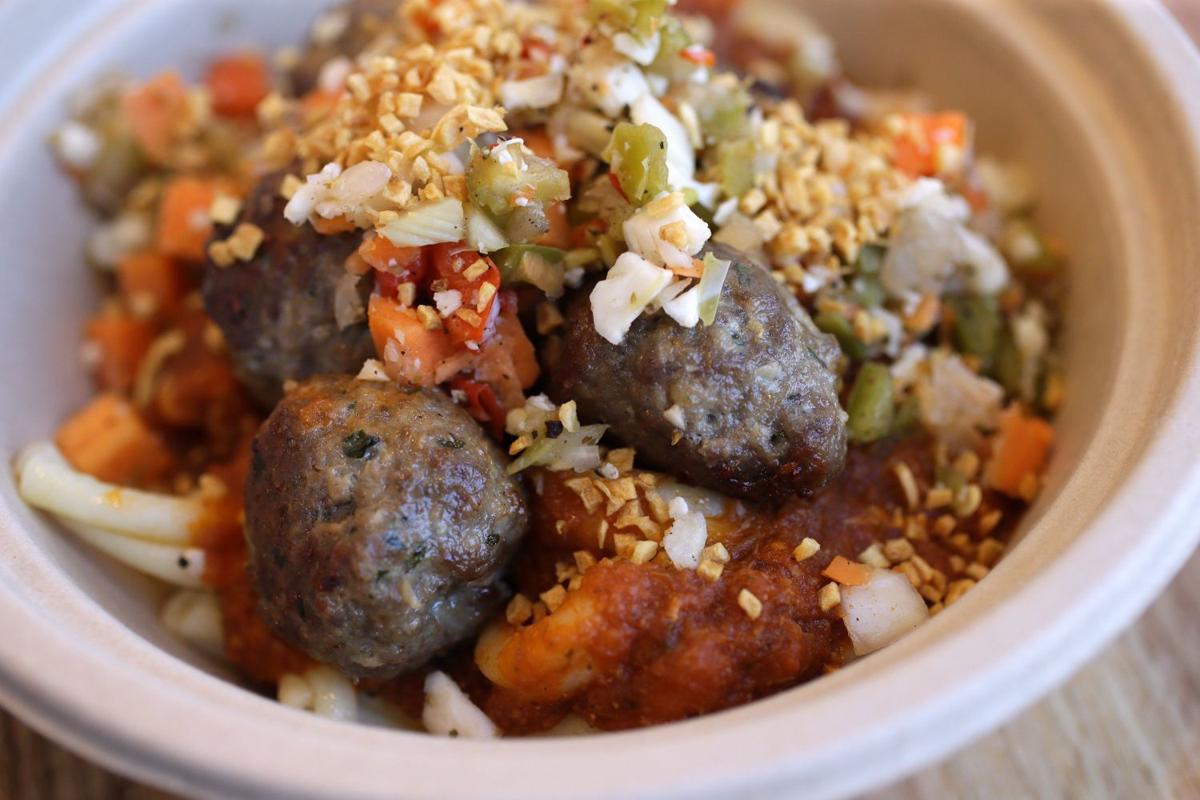 Gerard Craft shook up his restaurant empire in 2016 by closing his flagship Niche and replacing it with Sardella. Before that big news, though, he achieved a more modest goal: a fast-casual operation that still delivers the quality diners expect from a Craft venture. You build your own pasta (or grain, rice or salad) bowl; I'm partial to the pasta with the pork-larded Smoky Sunday Sugo. Recently, Porano expanded its menu with a few sandwiches and thicker-crust, crisp-edged Detroit-style pizza. 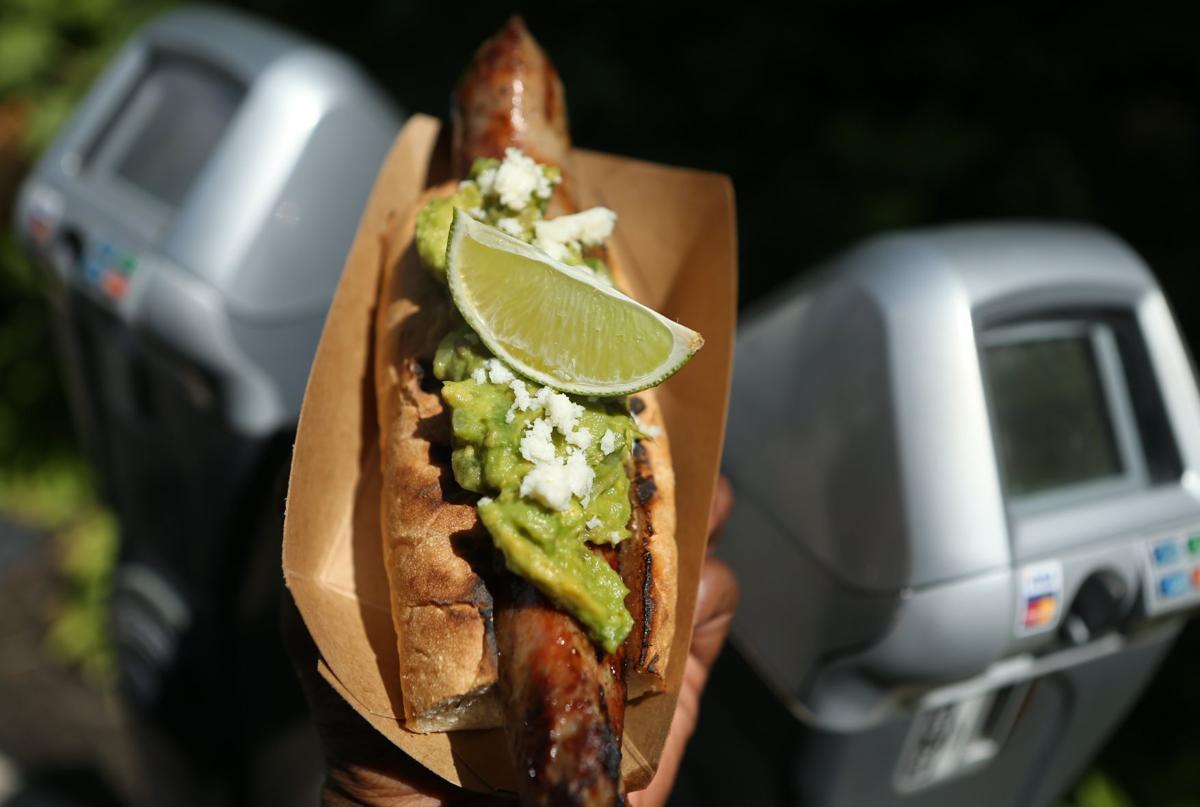 This late 2015 addition to St. Louis' food-truck fleet leaps to the head of my “I hope they open a brick-and-mortar location!” list. For now, though, seek out Bill and Jamie Cawthon's truck for sausages with the perfect snappy-then-tender texture and brilliant flavor. The secret to the texture is a two-step cooking process: sous vide and then grilled to order. Regular options include a beer brat made with Six Mile Bridge's India pale ale and a spicy chile-verde sausage with an avocado-tomatillo relish. If a special like the wild boar is available, pounce on it. And don't skip a side of crisp, cottony french fries.

Mona's 'American-Italian' fare is different for the Hill, but not better

It’s time for our annual father and child look-alike contest.

How does your garden grow?